““The Flatiron Hex” is a dauntingly original and possibly hallucinogenic delight.” 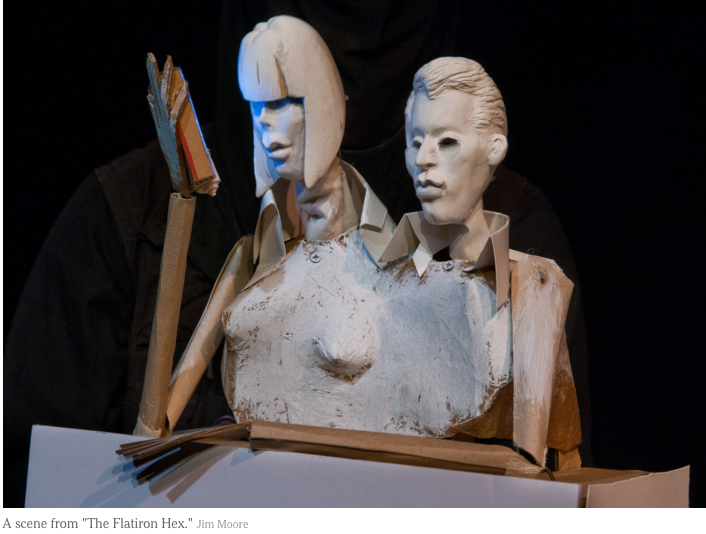 I was asked to photograph the early development stages of this piece a few years ago. It was a delightful challenge to capture James Godwin’s puppet creations in still photographs. ( see image above)

I must admit I was rather taken by the unorthodox story line and puppets that were made for this show. They were macabre and magical.  So now, James needs YOUR help to mount this show at HERE Arts. After a successful run at Dixon Place, it is now ready for more audience viewers. I am copy and pasting his ‘Fund Raising’ copy here and hope that you give it some consideration. Be part of this creative process and production.

““The Flatiron Hex” is a solo puppet performance that tells the story of Wylie Walker, a contract shaman who works for NYORG, A city in the middle of a swamp. Wylie uses his unusual talents to solve problems and do routine maintenance on the city’s interweb biotechnology. Due to the haunted land and sentient mainframes, Wylie faces many occult adversaries. Storms constantly threaten to destroy NYORG, but a secret feature of the Flatiron building keeps the storms at bay, that is as long as the cloud-code is cracked and the correct ritual procedure is followed. Inspired by speculative fiction and neo-noir, “The Flatiron Hex” is peeking inside a parallel world infected with intelligent viruses and paranoia. Elements of the fantastic collide with the every day to become evocative of a magical reality. It’s also a quest, a blood soaked comedy of redemption and sacrifice. HISTORY OF DEVELOPMENT: “The Flatiron Hex” was created by Co-writers James Godwin and Tom Burnett during a residency at Dixon Place, supported in part by a Doris Duke Exploration Grant. The first workshop presentation of “The Flatiron Hex” took place in October 2014 as part of the P.A.T.C.H. Series with the support Heather Henson and a Jim Henson Foundation Production Grant. After completing a wildly successful 6 show premiere run at Dixon Place in New York City in May 2015, “The Flatiron Hex” is now raising funds for a month-long run at HERE Arts in September 2017.

This is the link where you contribute! 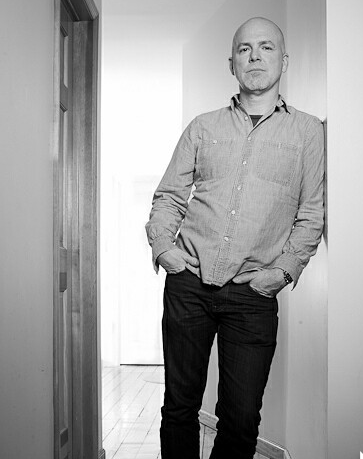 Here is James Godwin posing for my “Clown Un_Mask” series a few years ago.

For more information about the show go here!