The piece was developed  by the participants:

I photographed the show near the end of it’s run. Here are some images from the production with a video interview with director Peter Musante. 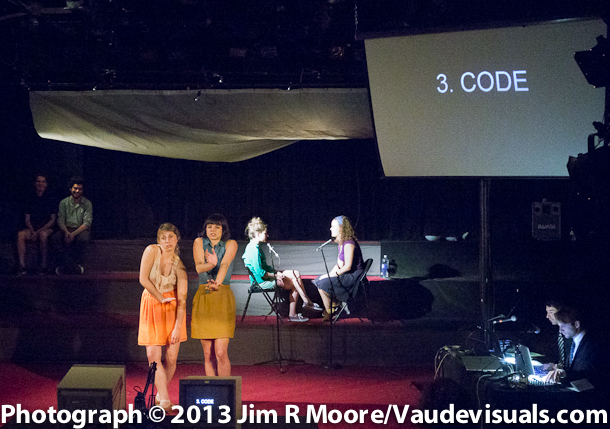 The theater was set up for the participants on stage, the audience were the judges and facilitators were manning the computer and sound gear stage left. 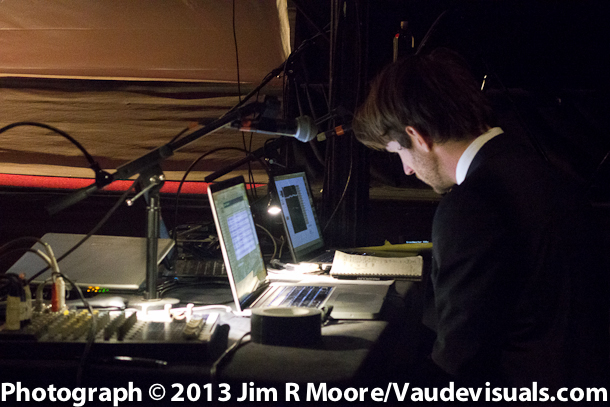 Sean Brennan composed the music and designed the sound and ran the tech for the show. Awesome integration! 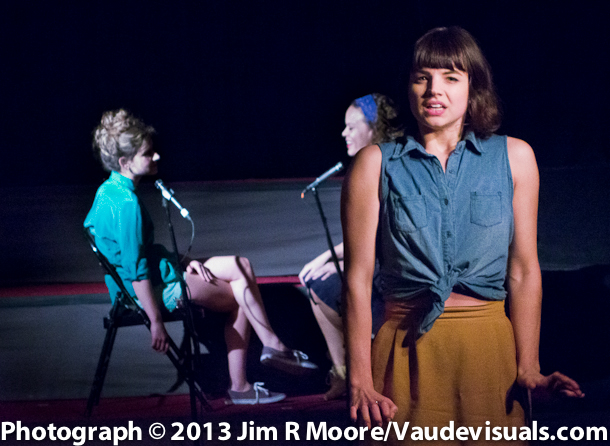 Kaija Matiss telling her story to the judges as Sabrina Jacob and Corinne Robkin talk thru the microphones in the background.

Participants assemble on stage at beginning of 2 rounds of conversations. 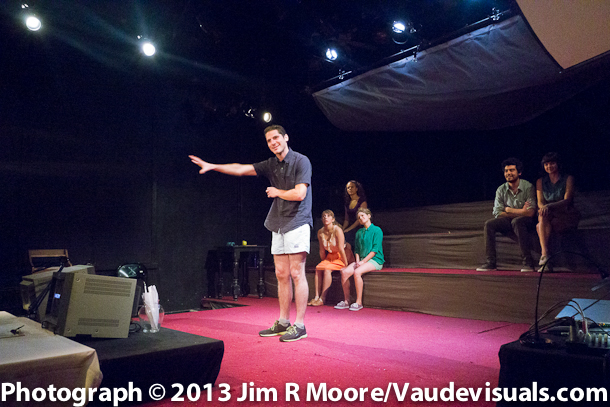 Drew Madland is very expressive in his conversation with the judges. 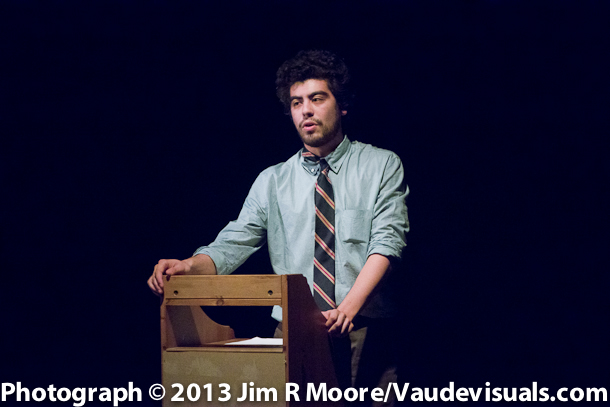 Raphael Shapiro delivers his talk behind a  podium. 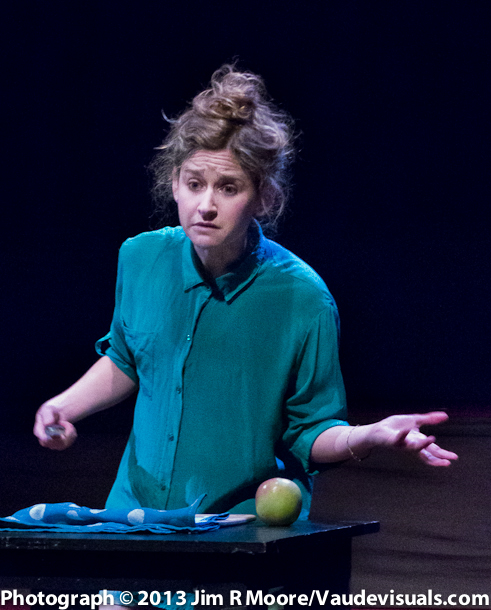 Corinne Robkin dissects the apple in her very expressive conversation. 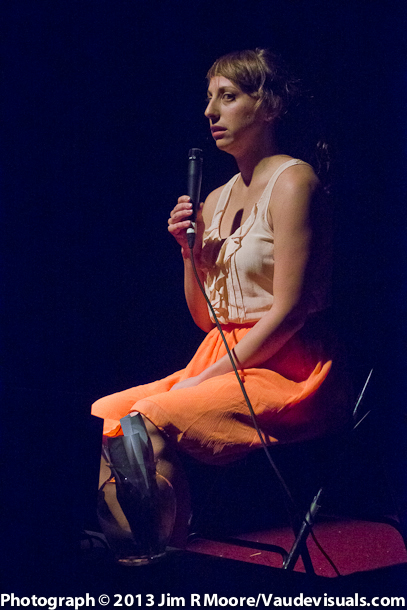 Summer Shapiro talks to the audience about her personal experiences. 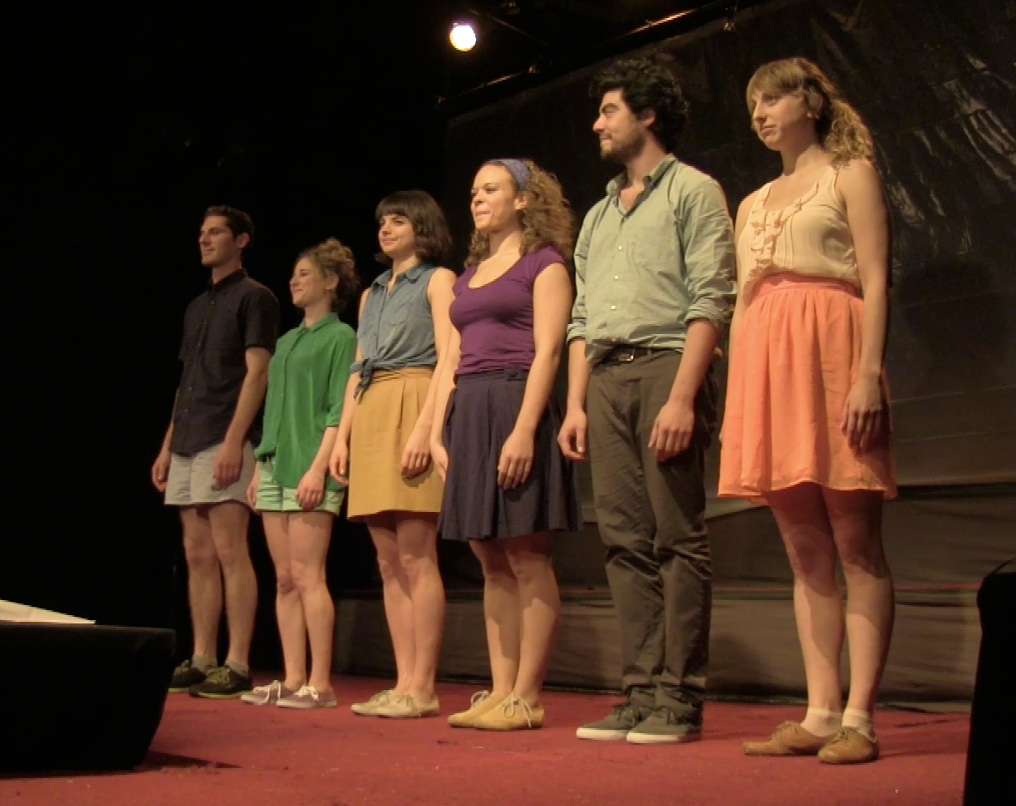