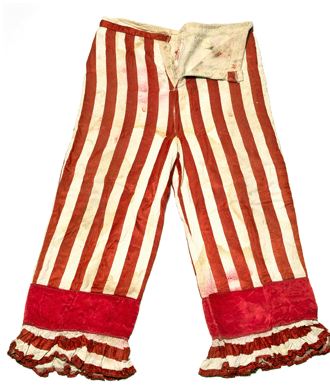 A Lecture by David Carlyon

The whimsical reference to hermeneutics in this program title is itself no whimsy. Instead, it introduces a challenge to cozy cultural narratives about “the clown.” The various and intrinsically related cliché—clown as kiddy favorite, sad clown, happy clown, scary clown, and that academic pet, the trickster—have little to do with the work of a comedic performer. In this lecture, David Carlyon will dig into those faith-based clichés to examine how clown and culture influence each other.

David Carlyon was a Ringling Brothers and Barnum & Bailey Circus clown, after the Army and Berkeley Law School and before acting in New York and acquiring a Ph.D. from Northwestern University. He has published scholarly work on performance, 19th-century culture and politics, and Shakespeare. He wrote the award-winning Dan Rice: The Most Famous Man You’ve Never Heard Of, and is on the Speakers Bureau of the New York Council for the Humanities