They describe the show as follows:

“A military farce from Mexico with love”

It is a wonderfully funny show that combines slapstick, dance, bouffant and farce to tell the story of a military outpost desparate for recruits.

The company La Piara is Artus Chavez, Fernando Cordova and Madeleine Sierra Carrascal.  They are superb comics and actors.

Here are a few photographs from the show. 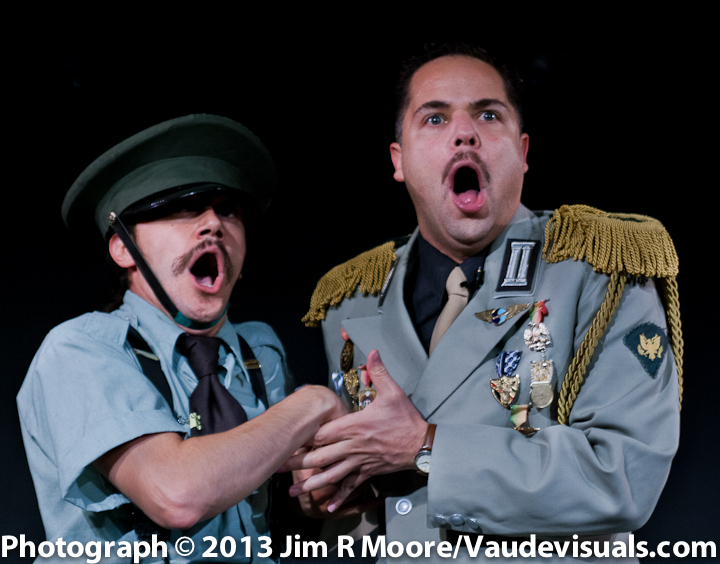 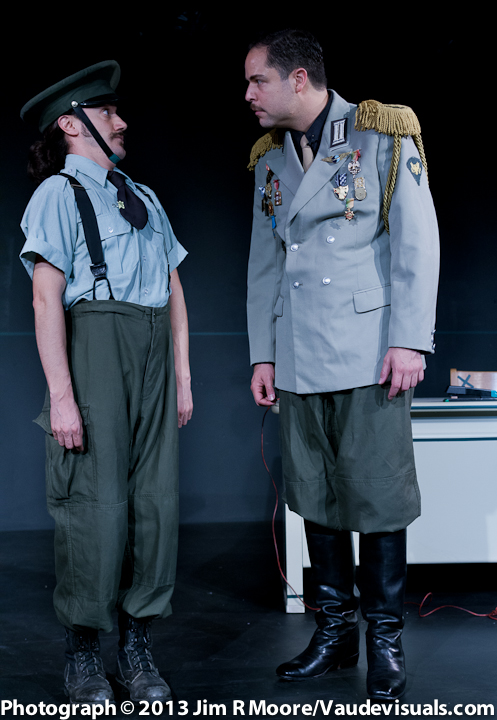 Fernando is looked down upon by The General (Artus Chavez) in many moments during the show. 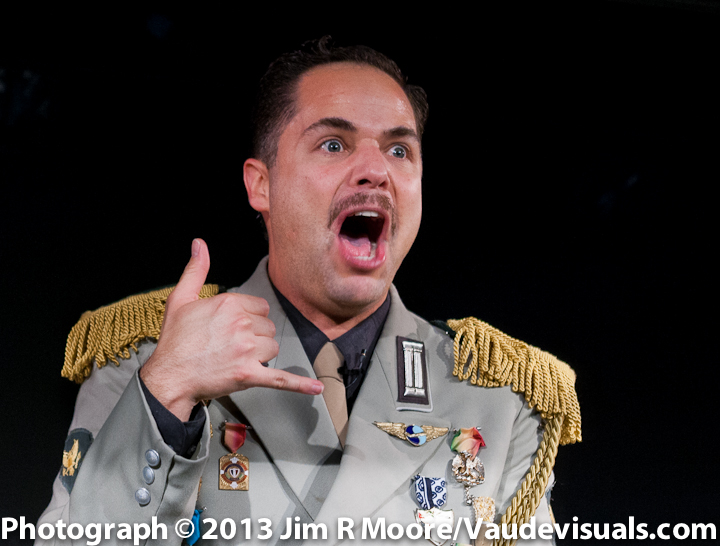 The General (Artus Chavez) is outraged by the Commanders phone call. 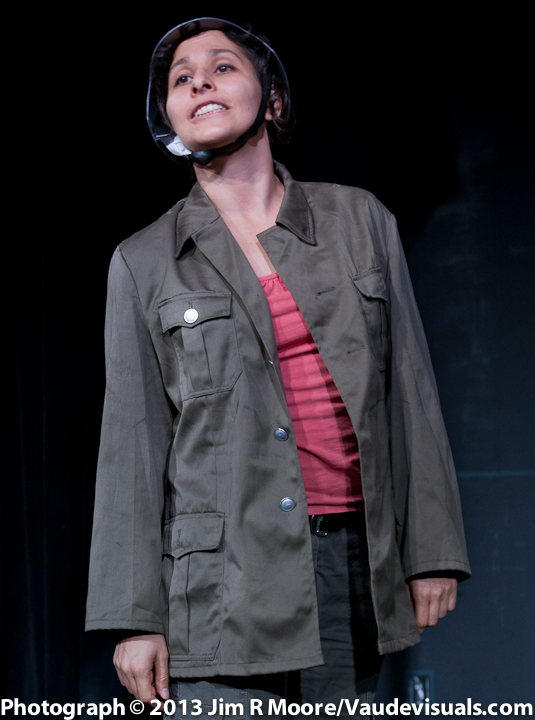 Madeleine Sierra Cassascal plays the audience member who gets drafted to fight. 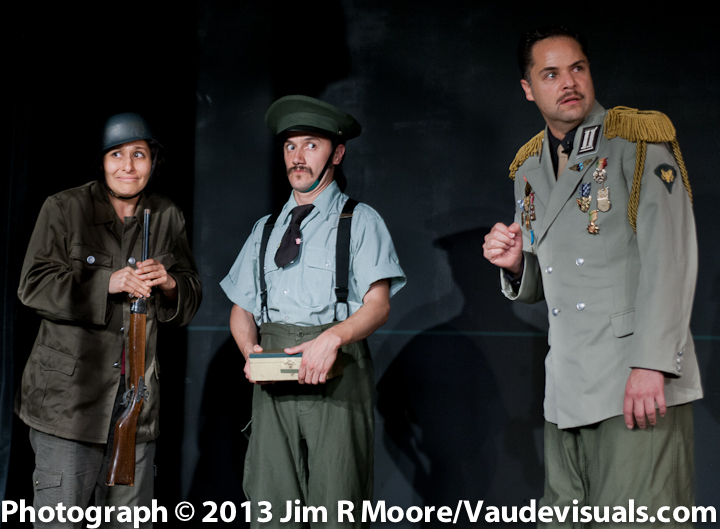 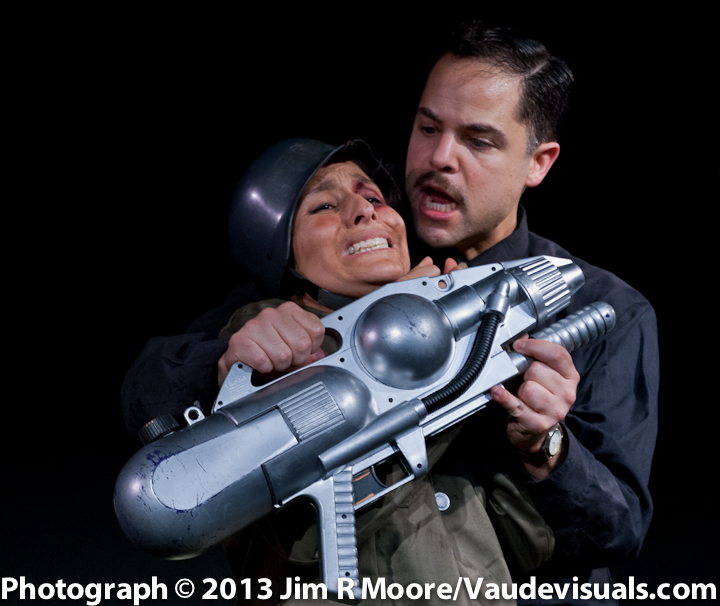 The General tries to convince the new recruit (Madeleine Sierra) to use the ‘big’ gun. 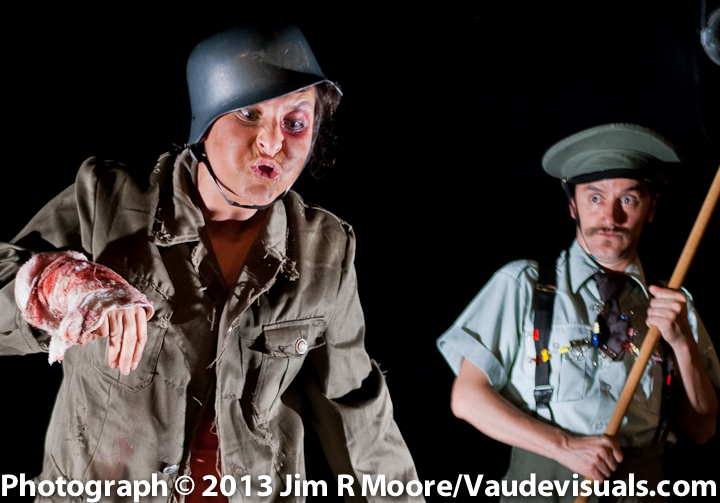 Returning from the war off stage the recruit loses her mind and Fernando looks on in terror. 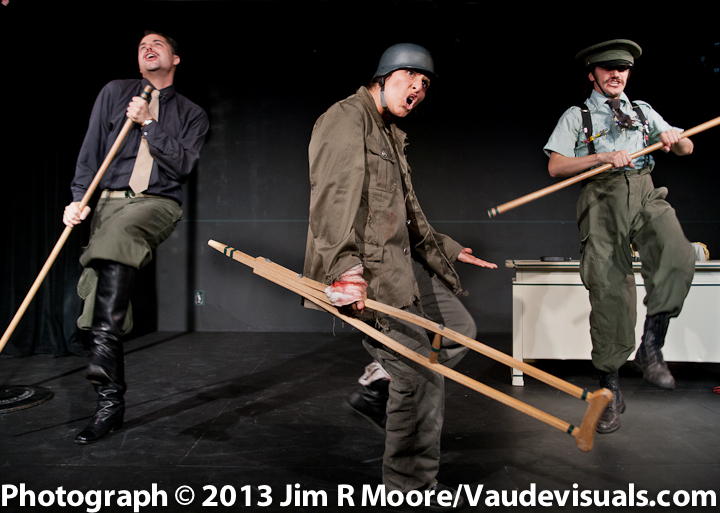 The show is on from July 11th thru the 21st as part of the Flint & Tinder series at The Tank.

More information about this series at The Tank here.

La Piara will be teaching a three day clown workshop at The Tank July 20-22.