FOUR CLOWNS is a physical, musical and emotional journey into what it means to be human.

It was a hysterical, surreal evening of humor, comedy, pathos and lots of clown antics.

the cast included the following:

Here is a quote from the press release:

“The company of three men and one woman, accompanied by a solo piano maestro, have been praised for their vitality, prowess and laser-like wit.  Their 70-minute romp–partly scripted, largely improvised–takes the audience through the phases of every person’s life, illuminating our mundane earthly suffering with grisly glee.  The clowns are one woman,Alexis Jones, as the sad one, and three men: Kevin Klein as the mischievous one,Raymond Lee as the angry one and Amir Levi as the nervous one.  They execute twelve scenes showing life’s defining moments through a clown’s eyes. Their lives and deaths are staged in three chapters–childhood, adolescence, and adulthood–with a musical number preceding each chapter.  We see how their archetypes are formed in their childhood, how they learn to live with them in adolescence and how they end up ultimately causing their deaths in adulthood. Subjects include: parental abuse, peer pressure, domestic violence, child molestation, depression and drug abuse.”

Here are some photographs from the evening an evening of laughter and wit. 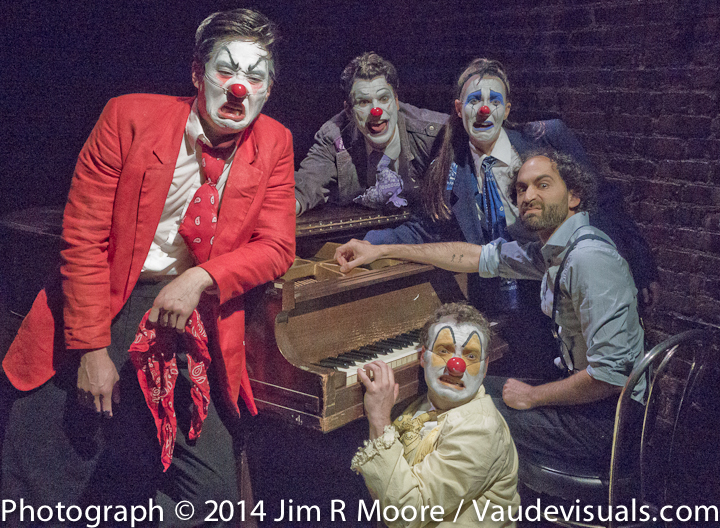 A staged shot of the cast and pianist. 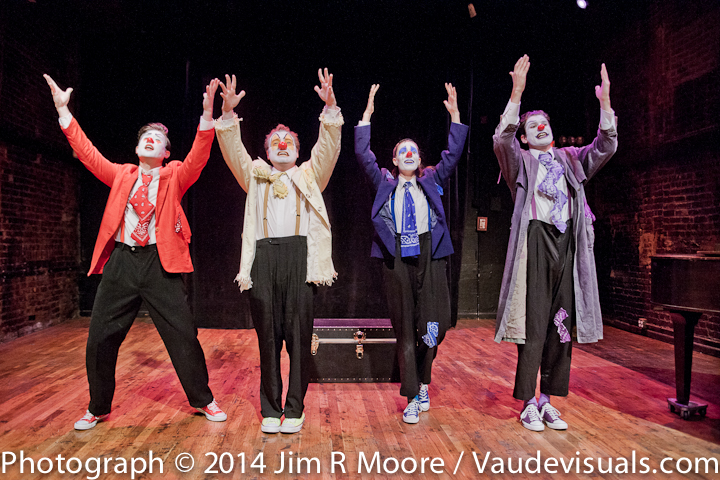 One of several musical numbers where the cast sings an original song. 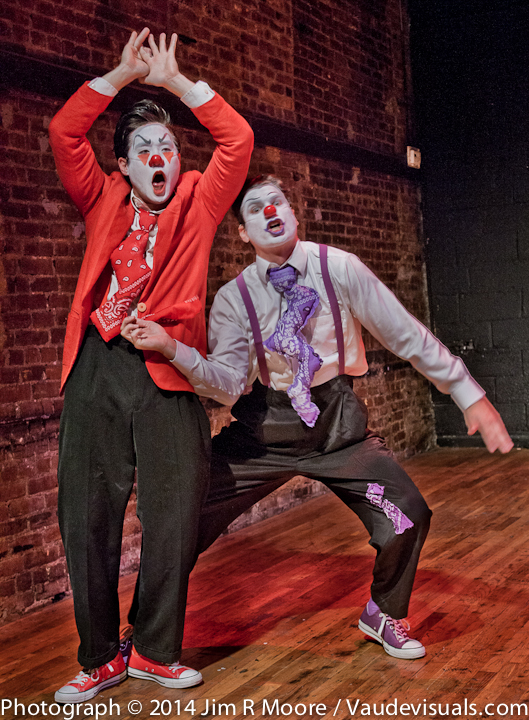 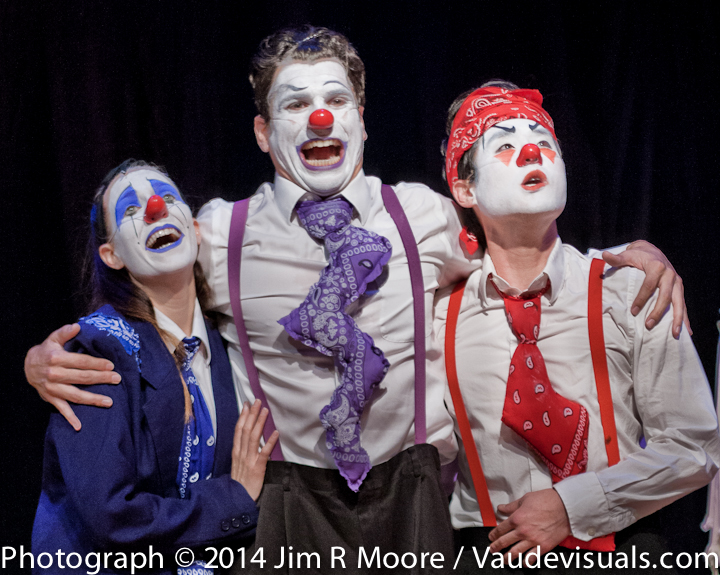 Alexis Jones(l) and Raymond Lee(r) getting a big hug from Kevin Klein. 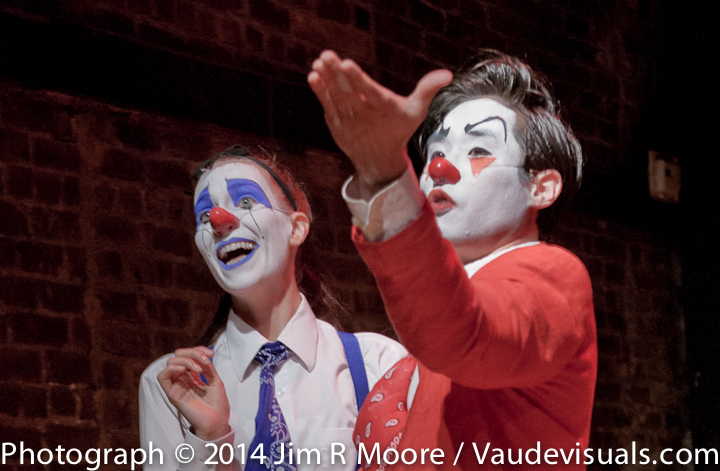 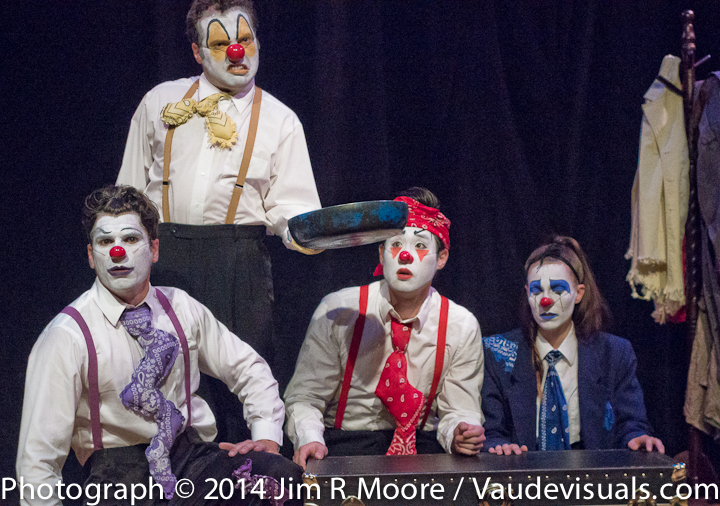 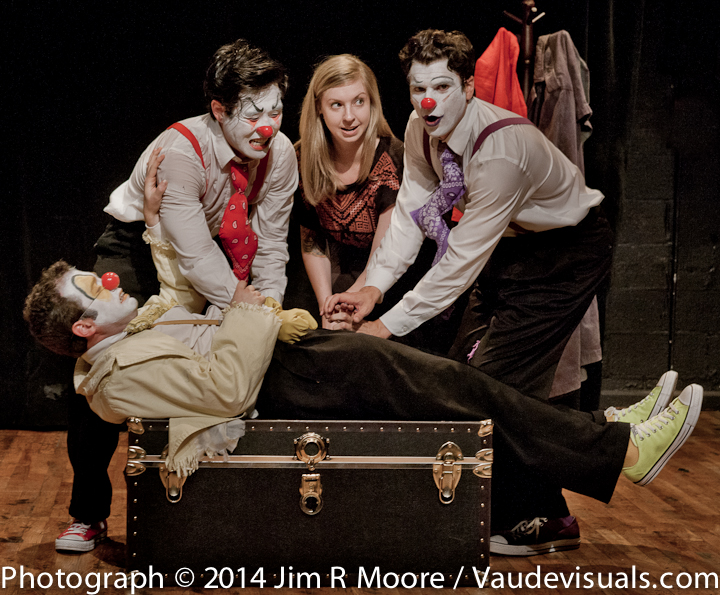 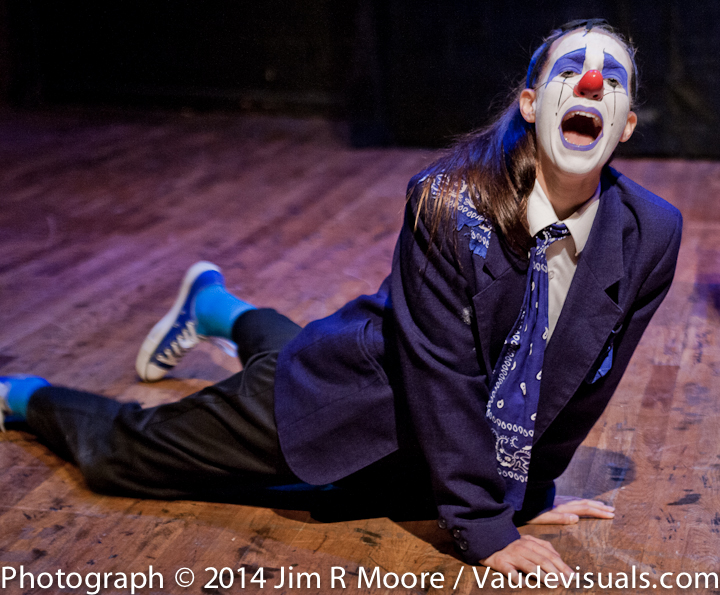 Alexis Jones pleas with the audience for hope. 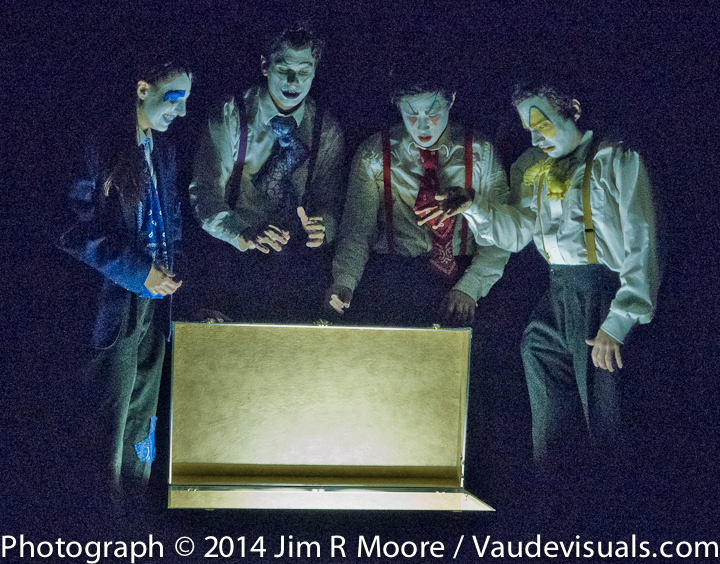 At the finale of the show all the clowns remove their noses and drop them into the truck. 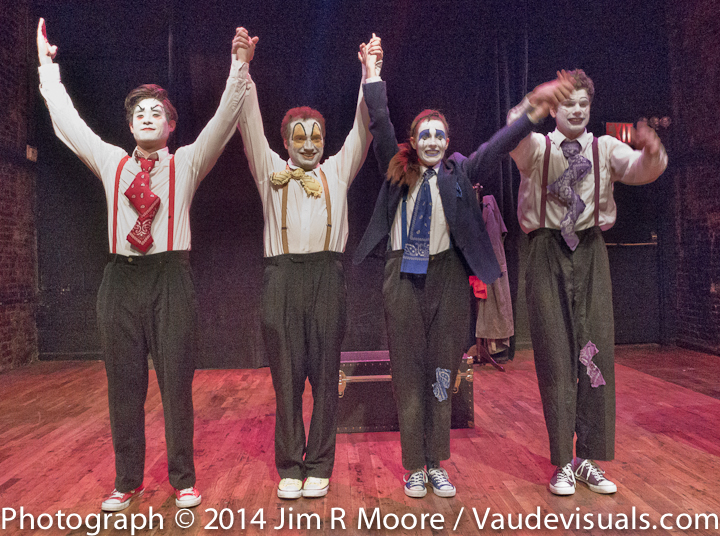 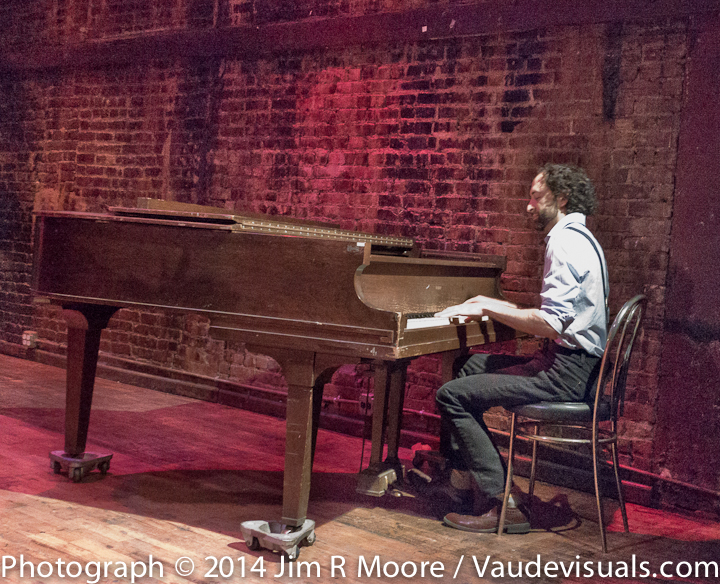 For more information about FOUR CLOWNS and their upcoming performances go here!