At this festival the producers brought in a group from Canada that was very innovative and exciting. 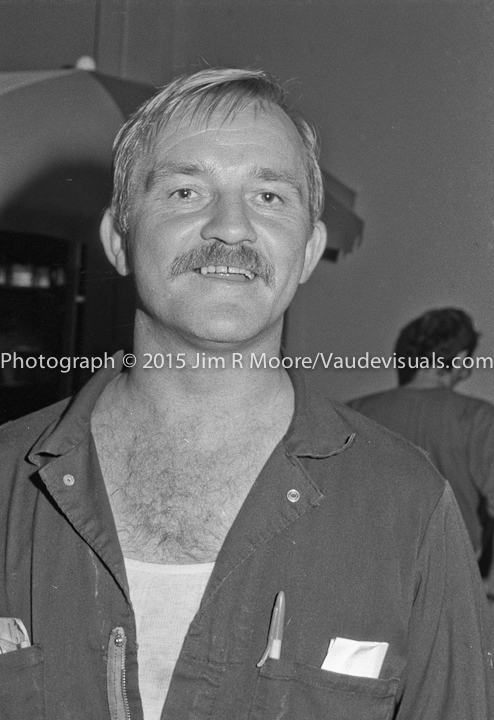 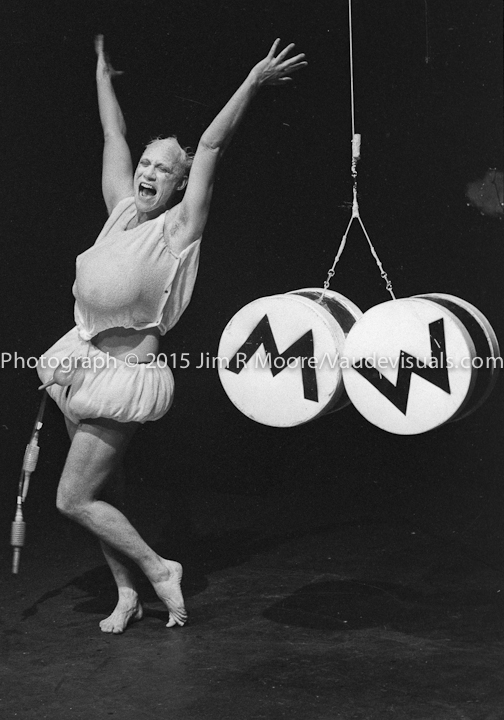 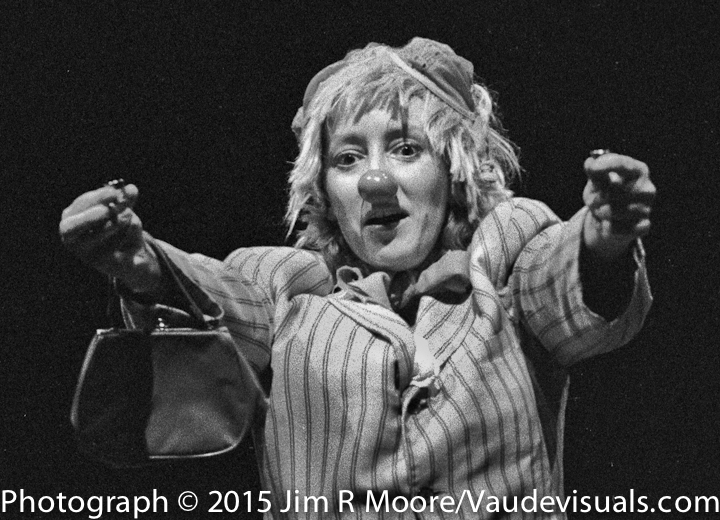 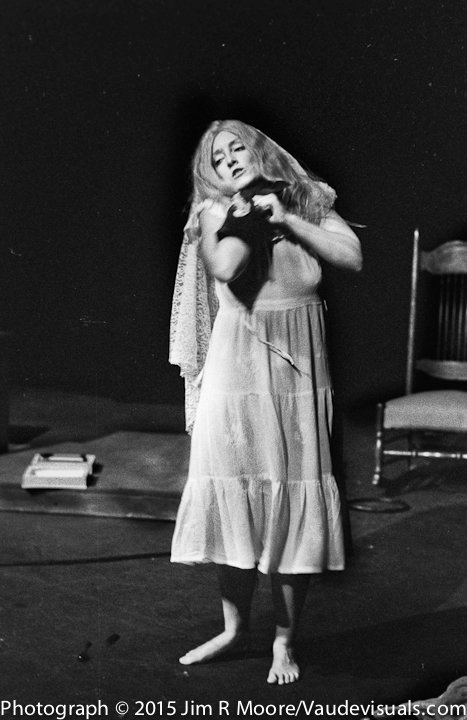 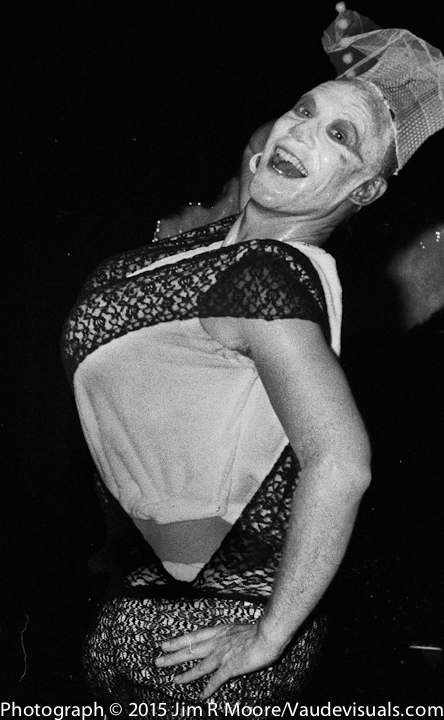 NION dressed to the max waiting to go on. 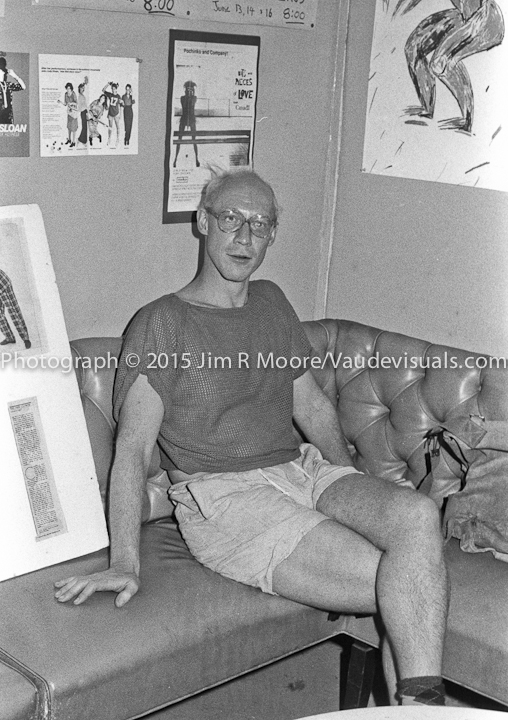 In the early 80s during a visit to Toronto I chanced to see a remarkable performance by Nion (Ian Wallace), and soon thereafter I was bringing Ian, his collaborator Richard Pochinko, and Cheryl Cashman (in another show directed by Richard) to our first NY Clown-Theatre festival (1983). And all three of them back again for the second one in 1985, where Richard also presented work by some of his students, including Sue Morrison. Somewhere around then we brought Richard down for a longer workshop. We had very little money to house him, but he found a room in a hotel on Chambers Street (in the pre-Tribeca days) that mostly rented by the hour, if you get my drift. Richard didn’t care, he just wanted to do the work.
Richard was truly an original. He absorbed the “personal clown” work being done in Europe by Lecoq and his disciples; he threw his heart and soul into the masks and traditions of North America’s native cultures; and he has been just as well versed in classic show biz comedy. What he created from all this was a unique blend, a highly creative approach to clowning that still influences so many young performers today.  He is dearly missed.