ERIN MARKEY’S RAINBOW CAVERNS: GREATEST HITS OF ALL TIME INCLUDING THE FUTURE! 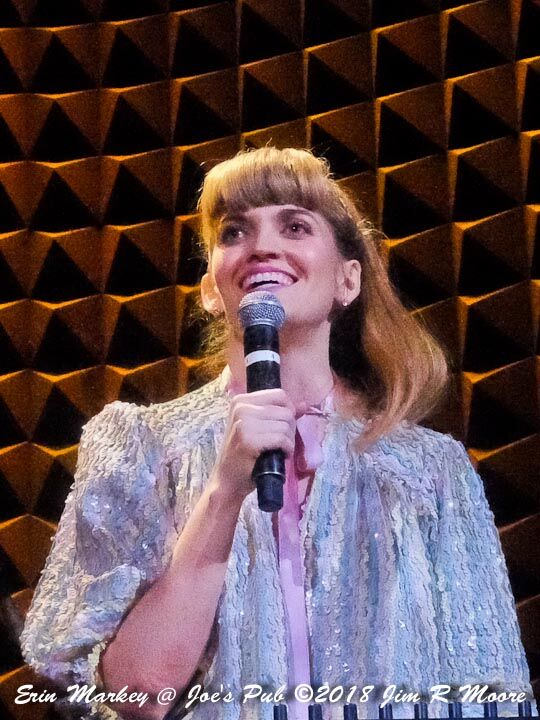 Erin Markey’s show is so much fun! From her stories to her songs to her antics on stage – the audience was enjoying every minute of this “Greatest Hits”.

Luckily I was in the front row leaning on the stage. Here are some shots for this wonderful show. 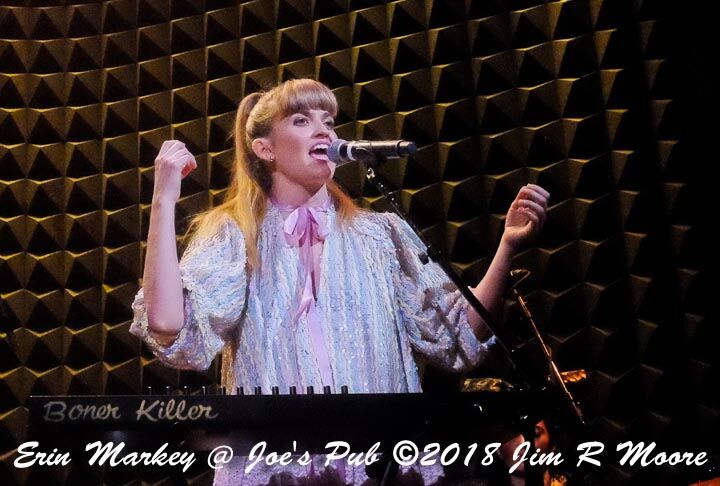 Erin sang many wonderful songs from her shows. 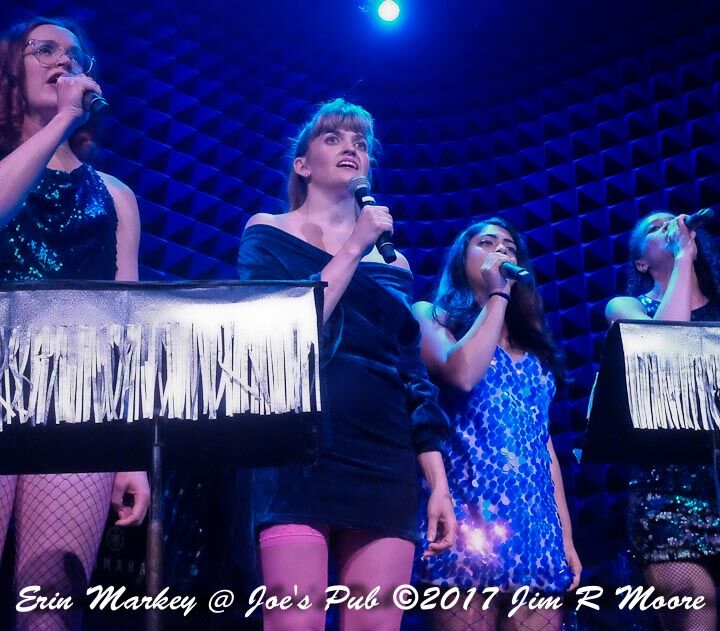 The other woman in (Girl Group) the show sang a chorus with beautiful voices. 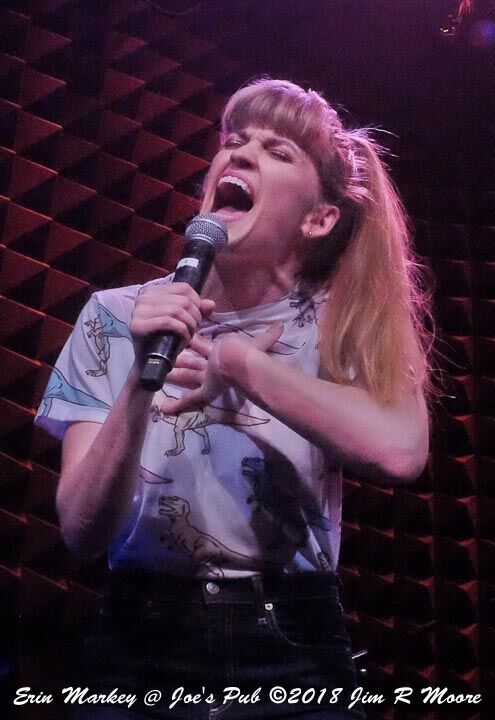 The emotions that she evokes during her songs are so heartfelt. 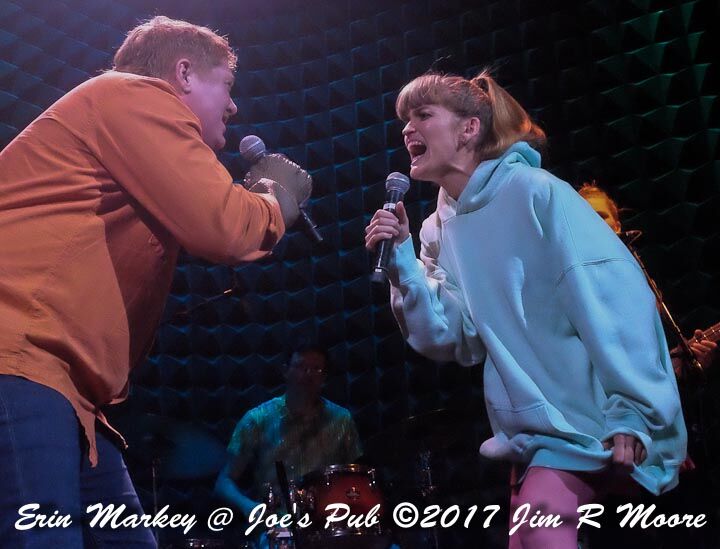 Becca Blackwell and Erin Markey singing a fight between them.

Notes from the Program:

What we’re trying to say is that Erin Markey and co-composer Emily Bate will present musical excerpts from their critically acclaimed musical A Ride On The Irish Cream (2016)*, slow-jam cabaret funeral Boner Killer (2017), and in-development Beach Boys/Spice Girls inspired energy concert Little Surfer (2019). They wouldn’t dare do it by themselves, though. With them are a rock band, a girl group, infamous schmerm/lover Becca Blackwell and many disgusting exceptions to Markey’s no-sequins rule in the costume department. The audience is invited to watch as Erin’s comedic storytelling melts into gorgeous harmony-driven music, but guaranteed: Erin will turn her wild eye on you and give you a slumber party command you don’t dare disobey.