Having enjoyed many years of  watching ‘experimental theater’ I always find pleasure when I see someone taking chances with their work. Drew Valins is such a performer.

His ‘latest incarnation of a long dance with Franz Kafka‘ is titled ‘Kafka’s Bed‘ and is being presented as part of the SNOWBALL FESTIVAL on Sat. Jan 19th.

His performance is at 5pm but the festival goes from Noon to 10pm with shows all day long. 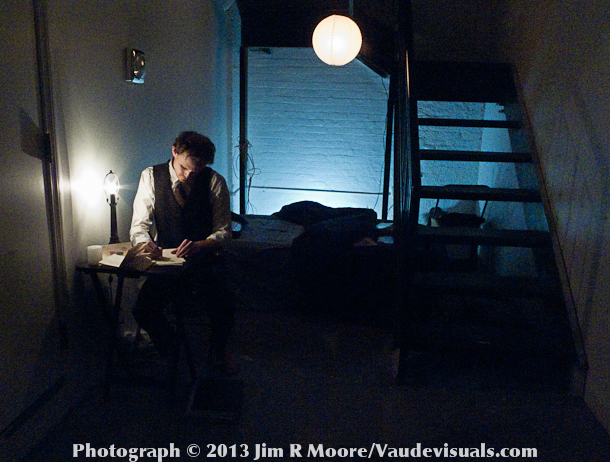 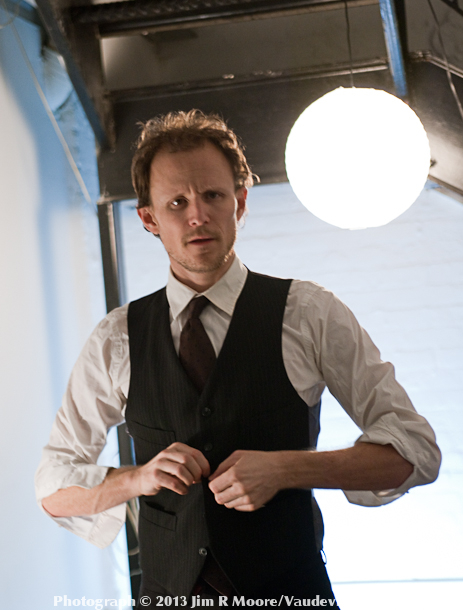 Drew Valins adjust the buttons on his vest while dressing in his show “Kafka’s Bed”. 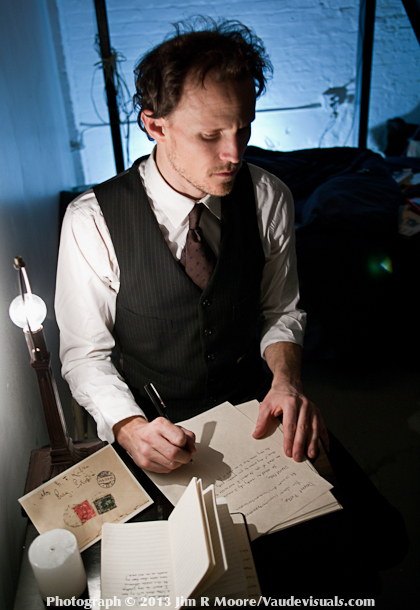 Sitting at his desk writing a letter during his one-man show.

“Kafka’s Bed” is the latest incarnation of my long dance with Franz Kafka, which is called “Franz Fragments”.

Franz Fragments is a work in progress exploring the more intimate, lesser known pieces of Kafka’s unfinished opus. In this pursuit arise themes of identity, obsession, the role (and sacrifice) of the artist, the love of craft, and the never ending search for truth.

I have hardly anything in common with myself and should stand very quietly in a corner, content that I can breathe.
-Franz Kafka

Tickets for “Kafka’s Bed” can be purchased  here!