He was quite unique in his appearance and music style. Gathering influences from Louisiana’s diverse ethnic music styles he was very successful

in bringing a whole new feeling to blues, jazz, rock and folk. All meshed together with a very indigenous Louisiana taste.

Here he is quite a few years later performing in Brooklyn’s Prospect Park as part of the CELEBRATE BROOKLYN series held at the Band Shell.

For a really indepth history of Dr. John (Mac Rebennack) and his music and influences go here! 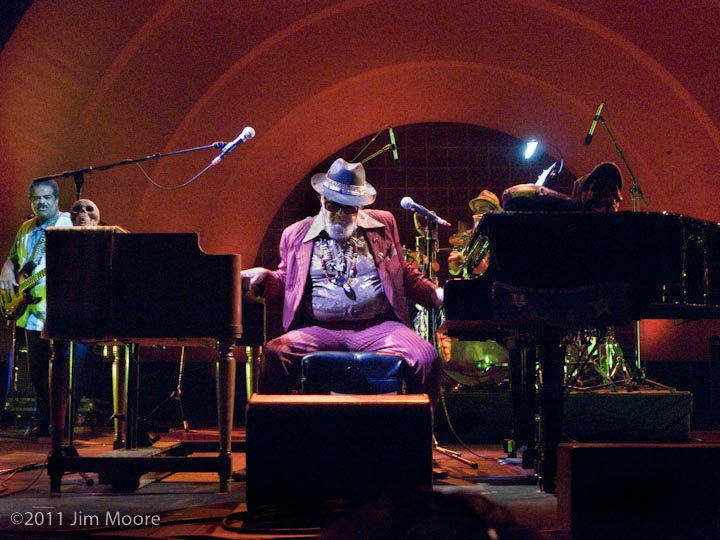 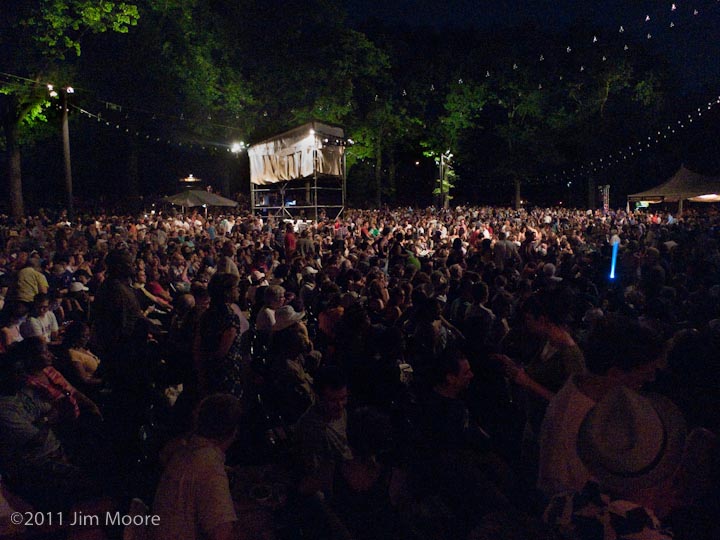 The crowd for Dr. John was 5000+ according to one security source. Amazing and fun concert!