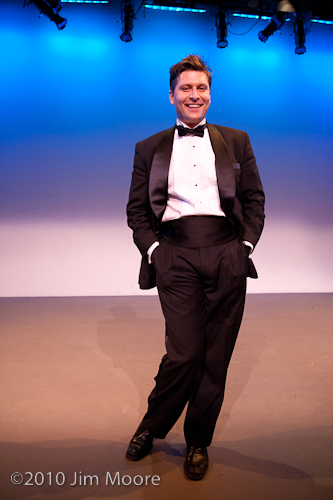 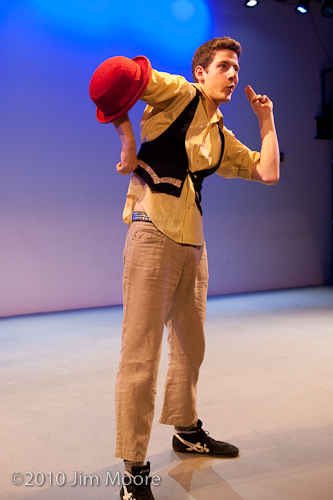 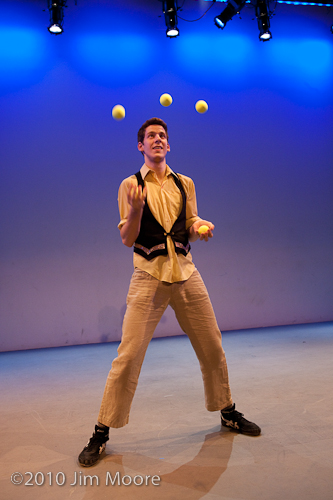 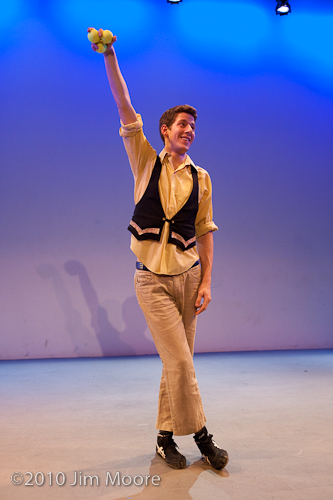 Visiting home from circus school, Jacob Deustachio wowed audiences with his freshly polished juggling act packed with amazing skill. He’d have to have balls to come on stage with that act and he had 7.  7 balls all by himself! 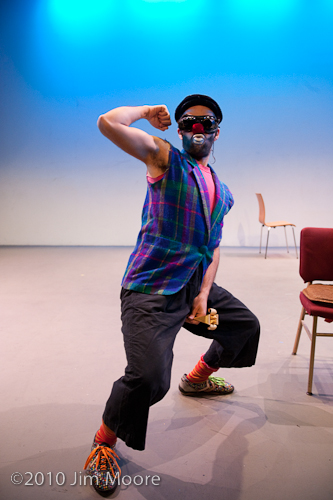 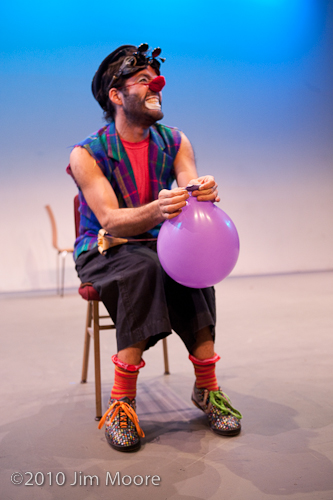 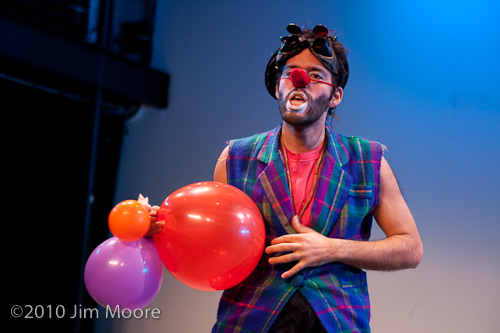 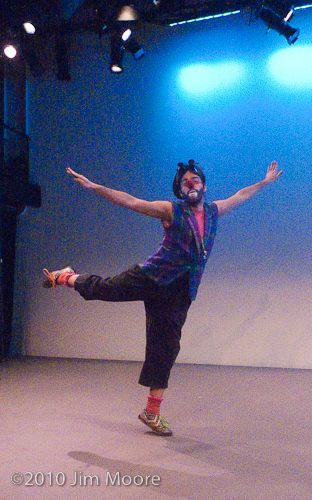 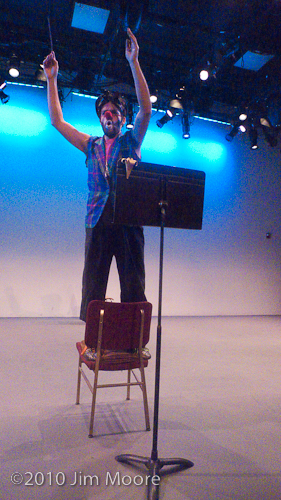 Chispi El Payaso is working his way around the world spreading his message of joy and peace. His brief stop here in NYC resulted in an orchestra of squeaking, squawking, and thumped balloons. Have a safe journey Chispi El Payaso! 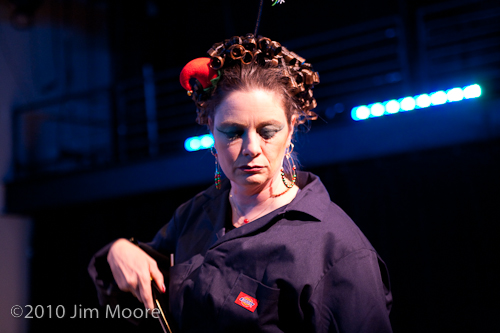 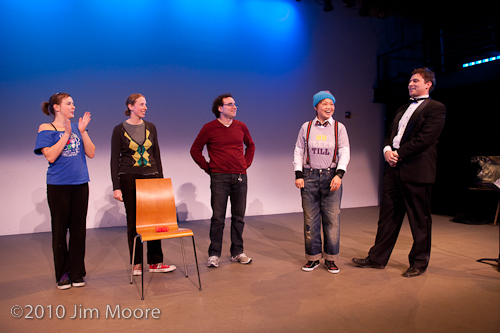 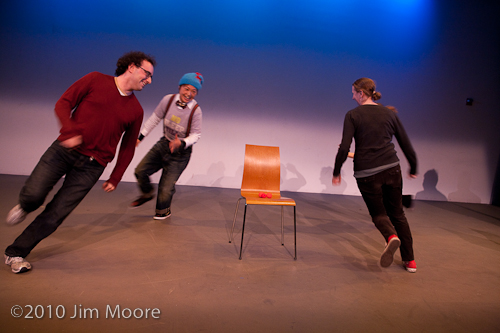 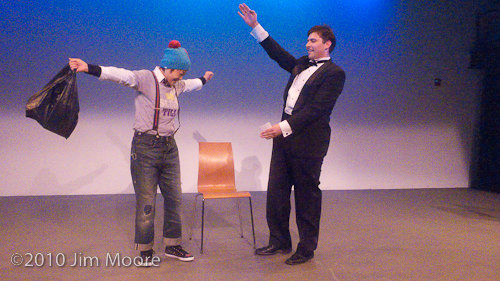 Mariko Iwasa was the winner of the evenings clown game (a variation of musical chairs played with clown noses). Showing true Japanese sportsmanship she beat out contestants from GA, PA, and NJ  taking home a DVD of classic clowning and three rubber chickens! 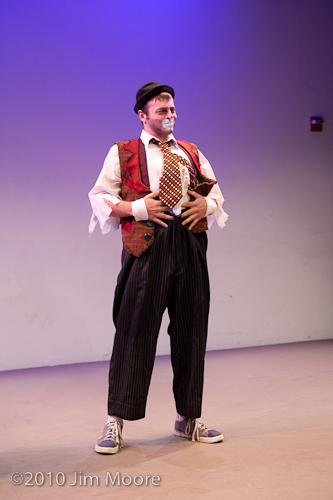 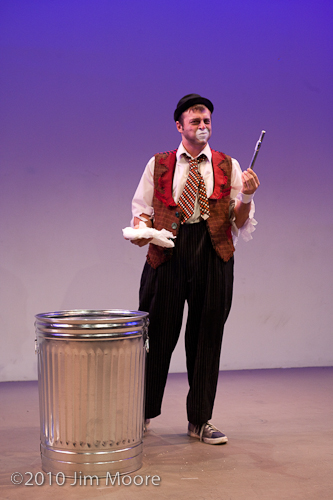 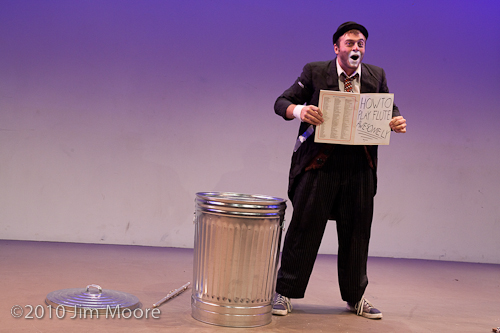 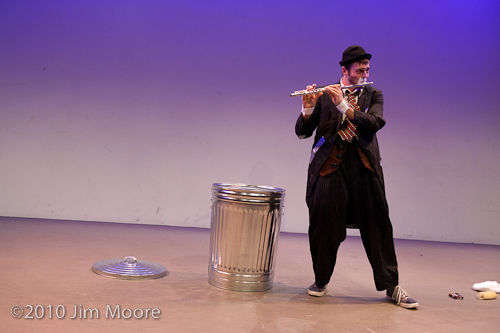 Just back from Japan and on his way to Flordia, Michael Schruefer took on the commission to create a musical clown act with a tramp character. He pulled together his skill as clown and flautist to create a fun and silly piece. Mr. Schruefer is off to be married soon, so get ’em while you can ladies! 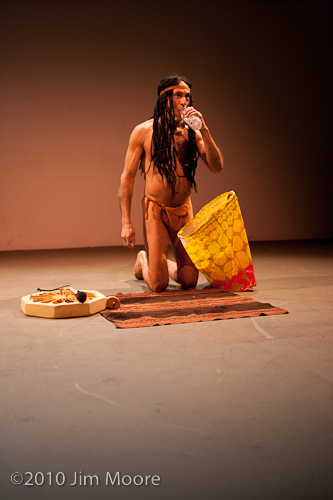 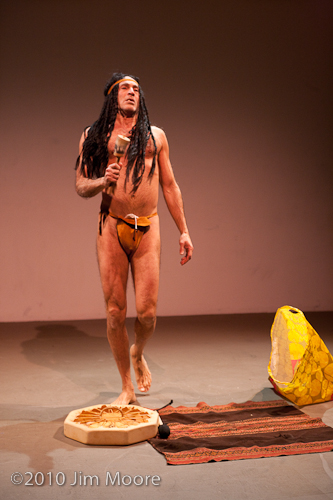 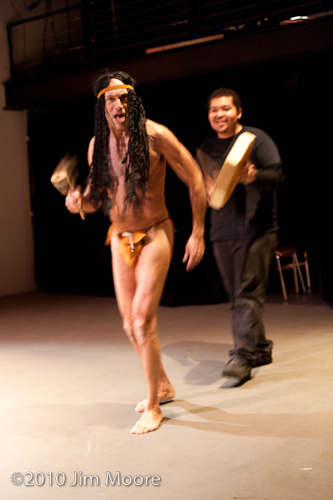 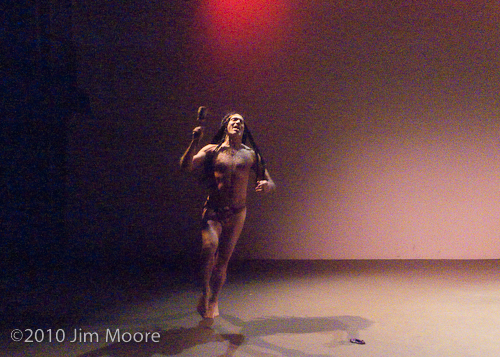 Matt Mitler took on a commission that only he could create. The commission was to create a shamanistic clown piece with musical themes. If you missed it, you missed some serious comedy and serious spiritual cleansing. 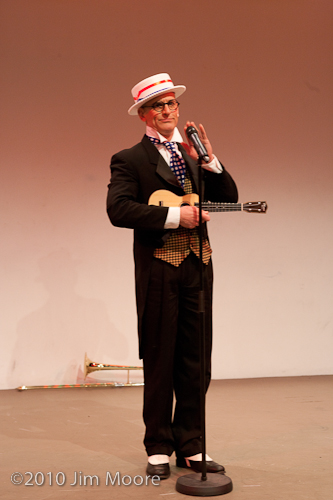 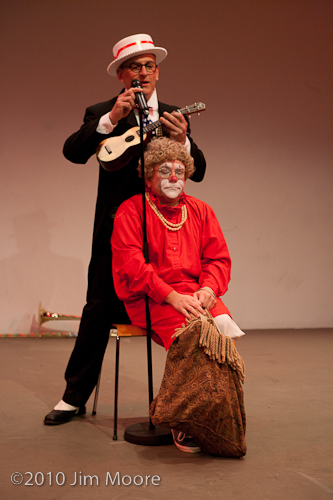 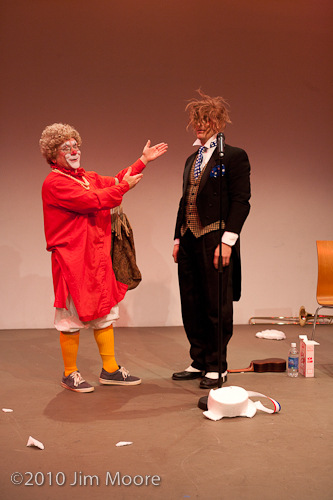 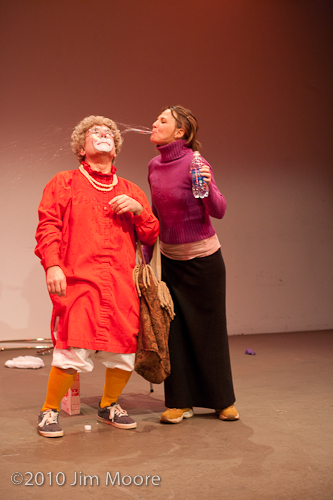 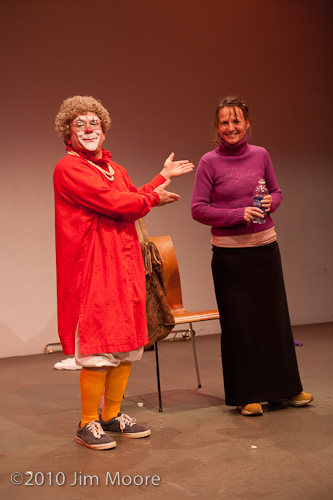 Finishing up the evening were comic greats Joel Jeske and Barry Lubin, with guest appearance by Mr. Lubin’s Swedish sweetheart. These two are one of the best duos imaginable. Joel’s serious stillness is the perfect invitation for Grandma to run amok and slowly torture the great Jeske. Barry also proves that water-spiting with your girlfriend is always fun. Who knew? 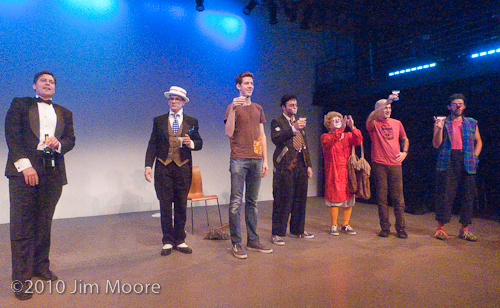