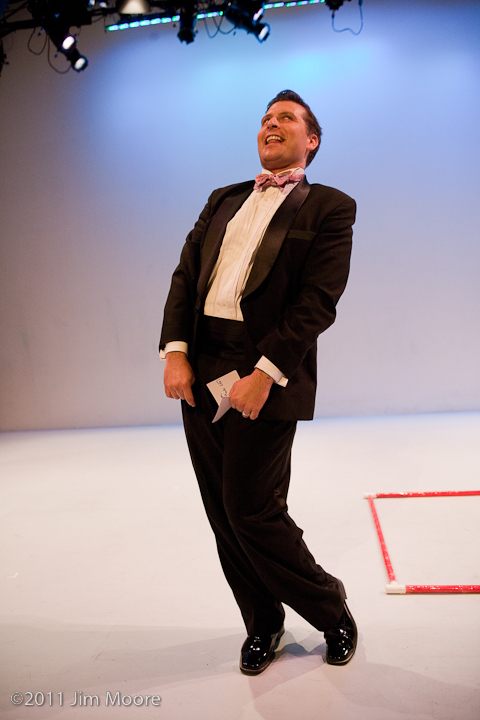 Master of Ceremonies Christopher Lueck cranking up for the show. 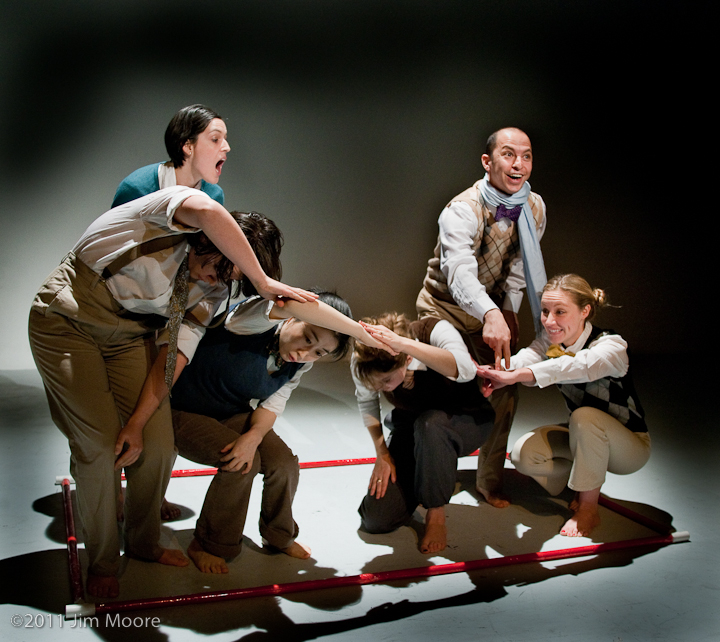 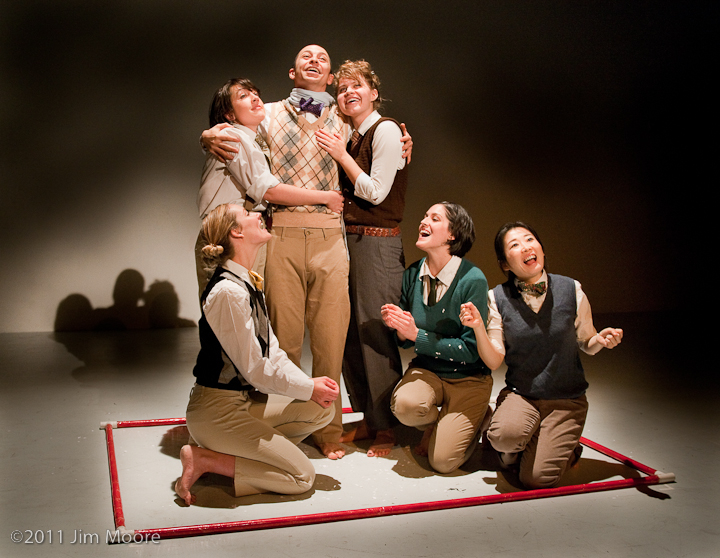 The entire play was performed in the rectangle made from PVC. The company created the piece. 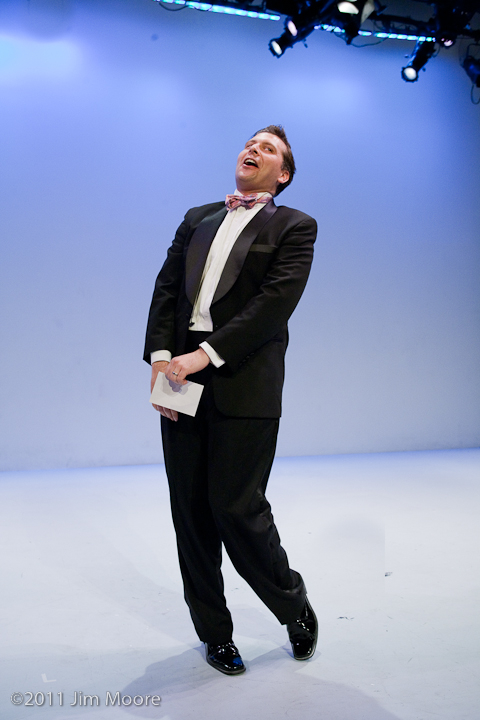 Christopher introduces the next act. 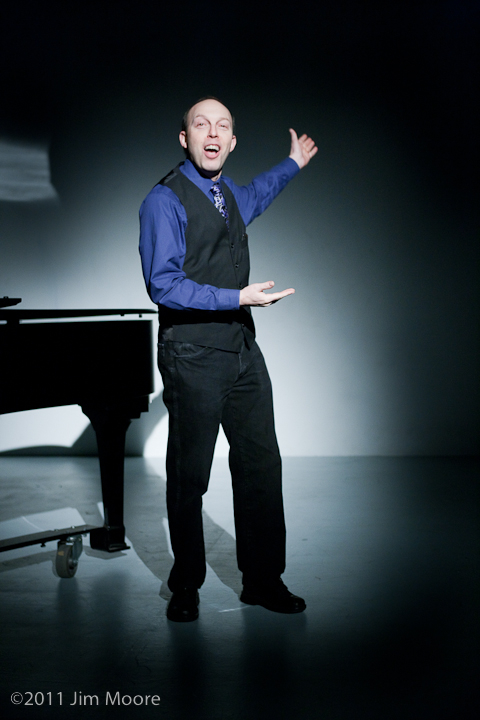 As the curator of SILENT CLOWNS FILM SERIES Ben has years of experience performing live for many venues worldwide. 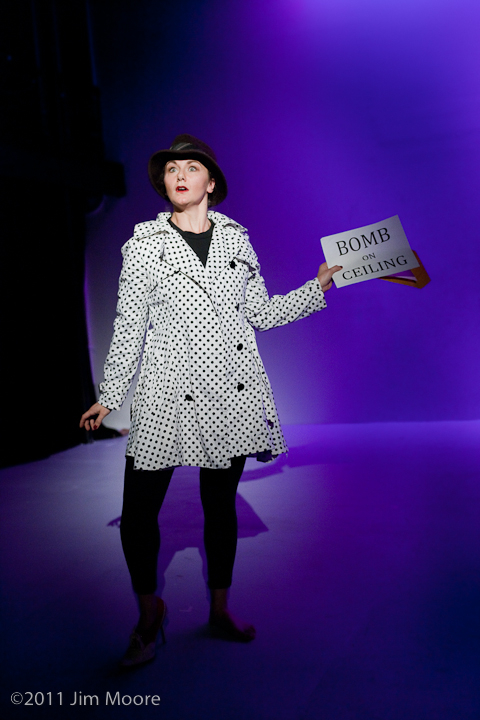 Private detective Olivia finds out there is a ‘bomb’ in the ceiling. 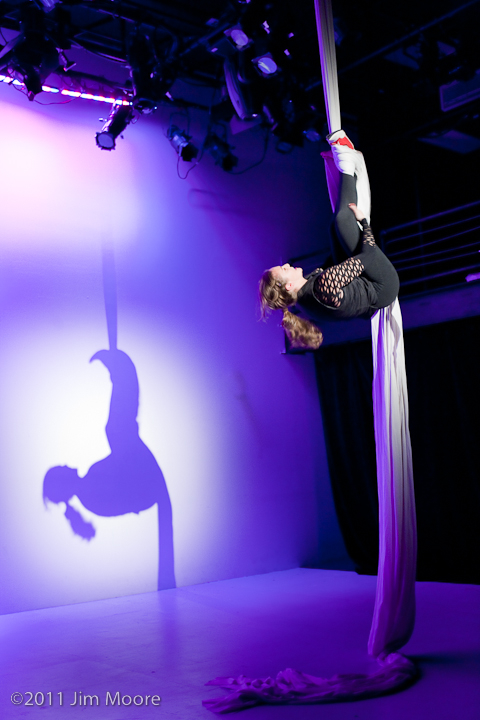 Using the silk to climb to the ceiling and finds the bomb. In the interim she performs some amazing aerial feats. 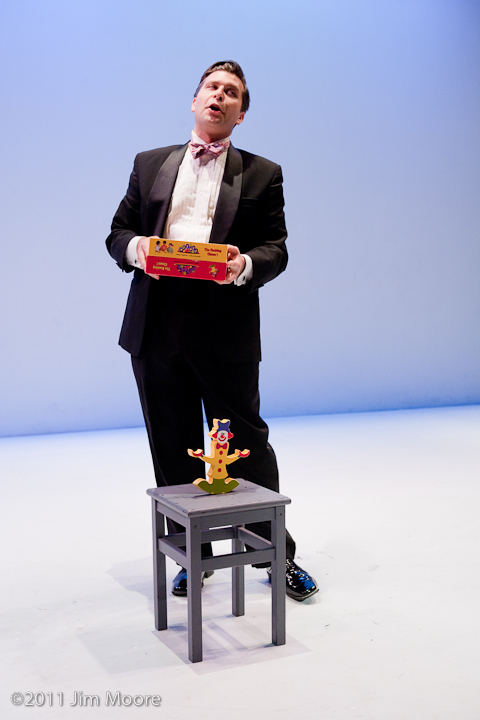 Christopher introduces the “GAME” and finds a couple of contestants to play. 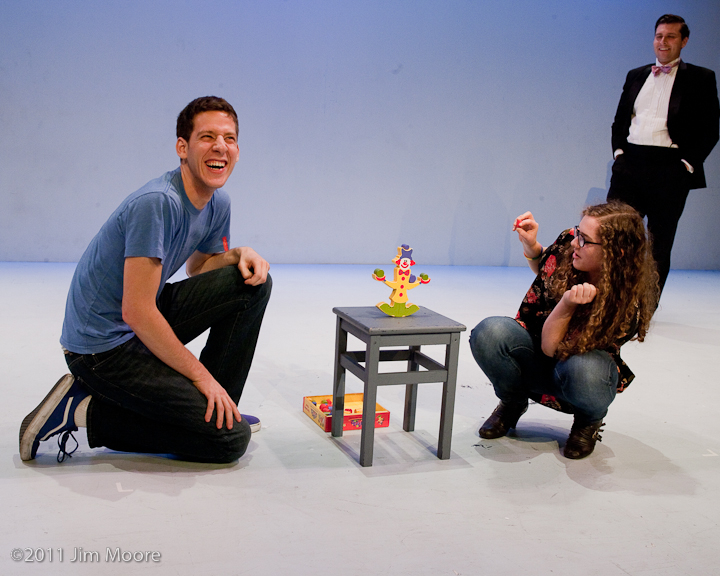 Mixing a musical number with audience participation and a ‘song and dance’ piece. 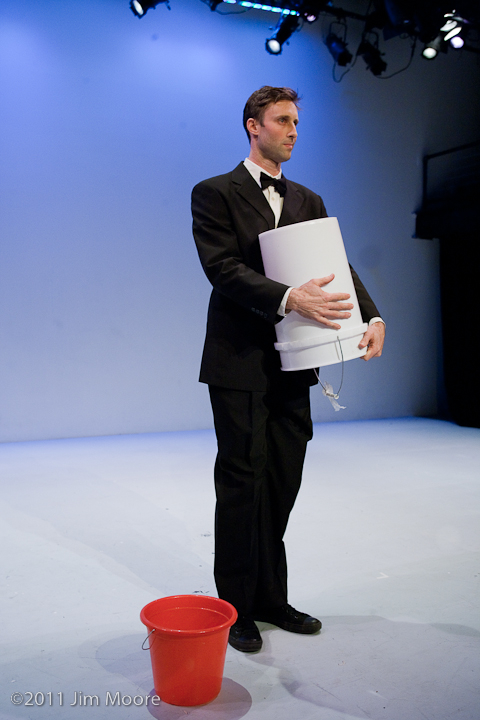 He hands out a few plastic buckets to the audience volunteers for the percussion element of the act. 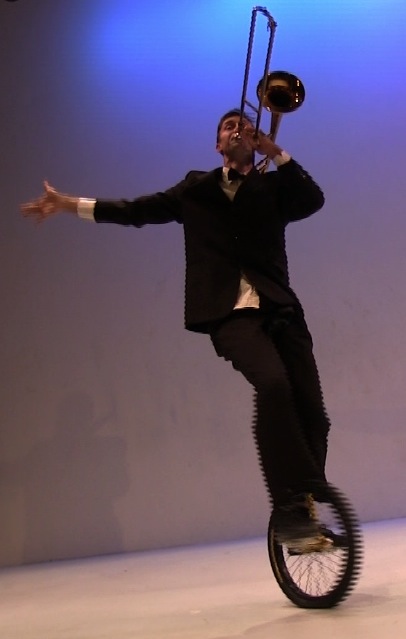 Billy playing the trombone and unicycling AND leading the audience clapping.

Host Christopher Lueck hands out some Xmas Gifts to the audience. 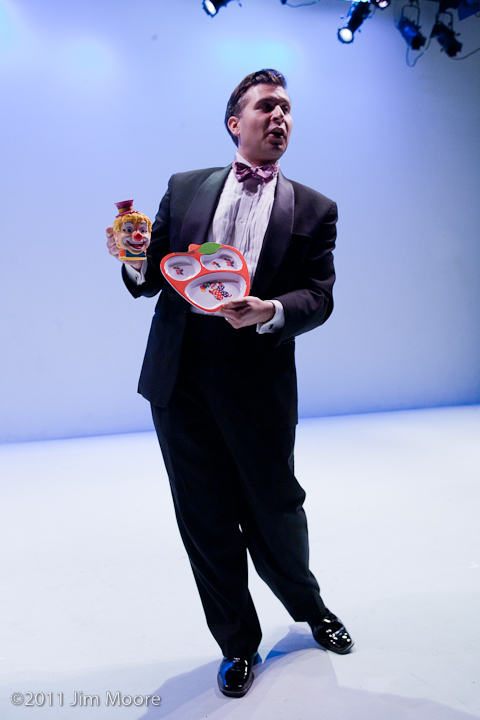 A Clown Mug and Clown Dish are presented to the lucky audience member. 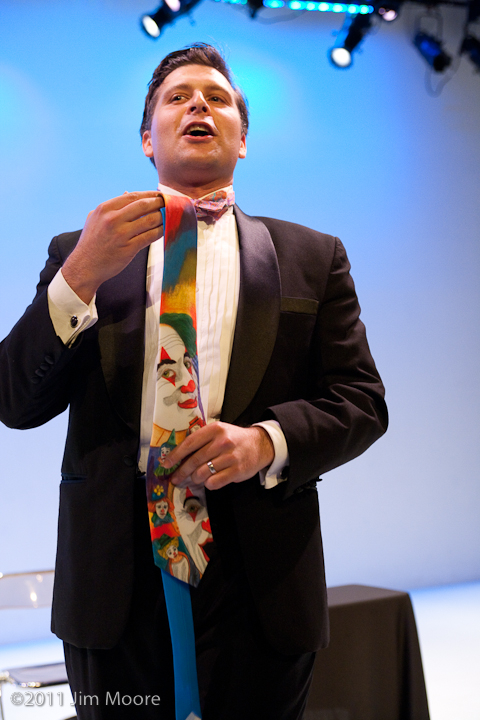 Another of the gifts from Christopher was a ‘clown tie’. 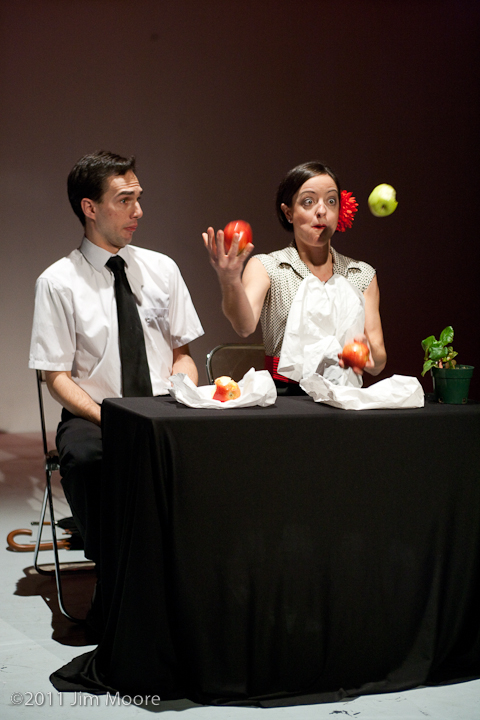 Michael Karas looks on in wonder as Jen Slaw juggles and eats the apples. 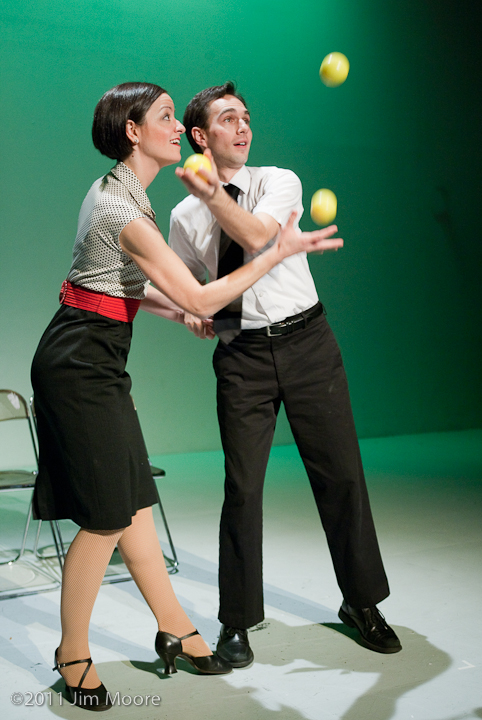 Great skills and duo coordination was the center of Jen and Michael’s piece.

An Excerpt from their full show. For more information on them and the show visit: