Energy and beauty bound together with food!

What a great evening of movement theater. Les 7 Doigts, the company behind the Tony Award-winning Pippin brings all their amazing skills and passion to the ‘Cuisine & Confessions’ show playing at NYU Skirball Center.

I was at the dress/photo shot and got some nice photographs of the company BUT nothing will take the place of seeing this show!

A Mouth-Watering Blend of Theater with a Pinch of Circus, Mixed with a Side of Cooking 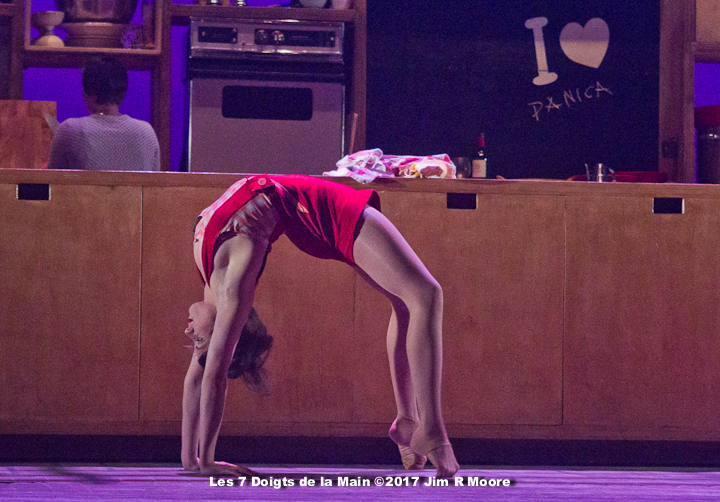 Anna Kichtchenko warming up before the photo shoot. 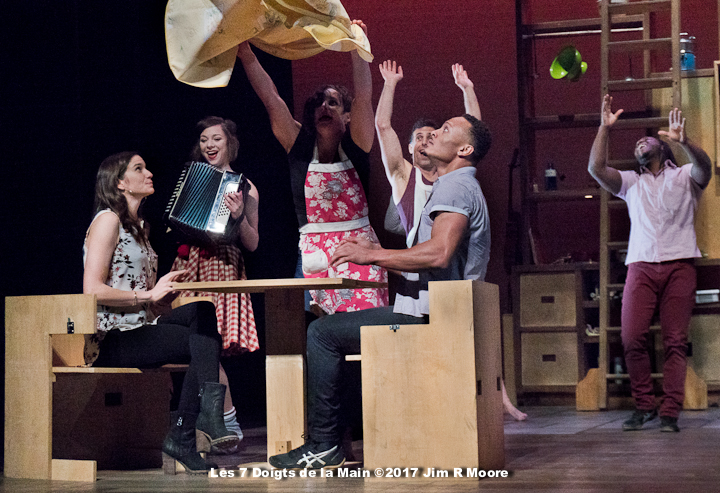 Bringing an audience member on stage to share the food they are preparing on stage. 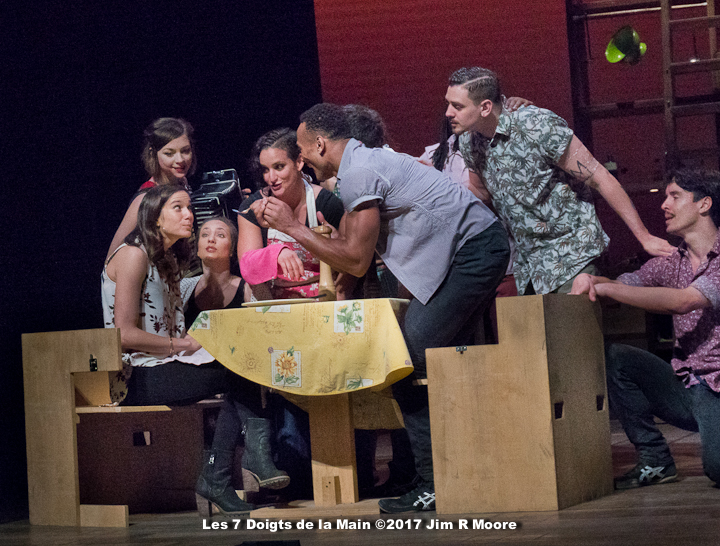 After serving the audience volunteer and serenading her with accordion music. 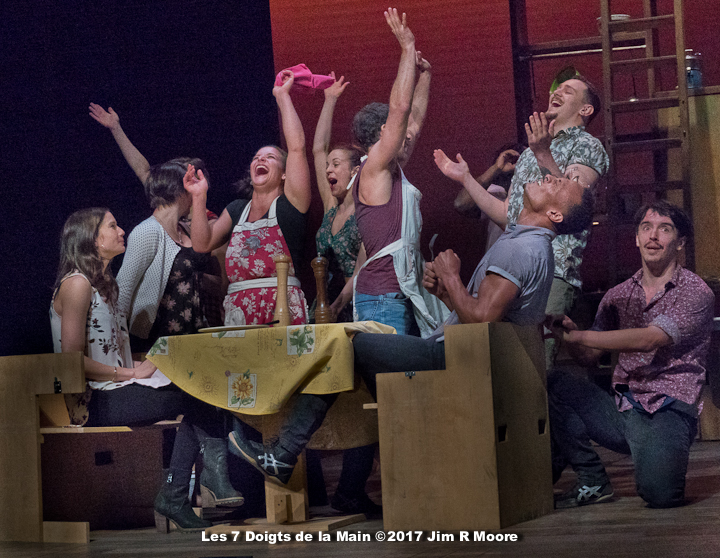 The cast celebrates after the audience member has eaten their food! 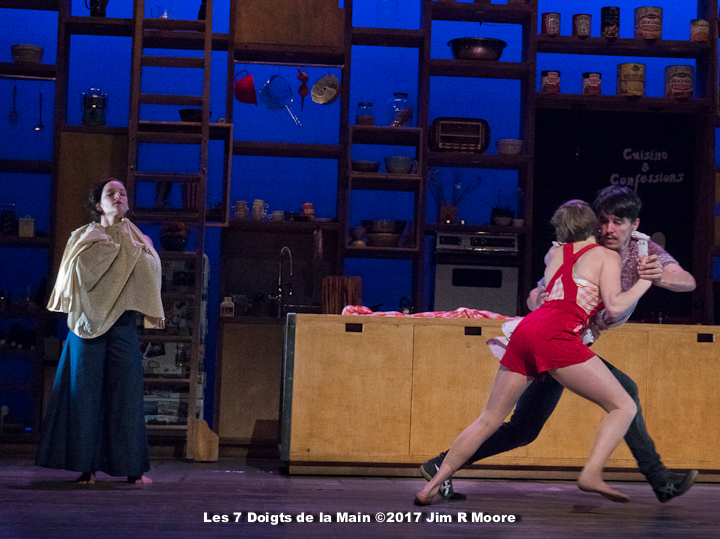 Dancing and acrobatics, juggling and cooking make this show a unique experience. 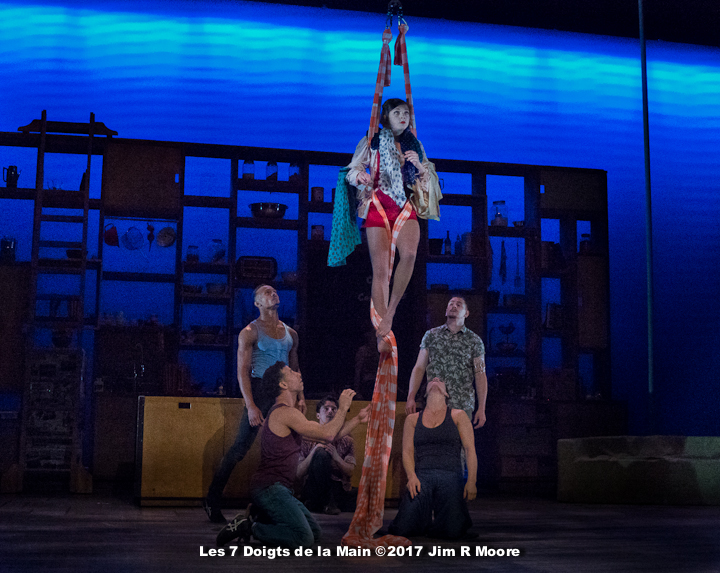 Anna Kichtchenko gets lifted to the sky to perform her beautiful movements. 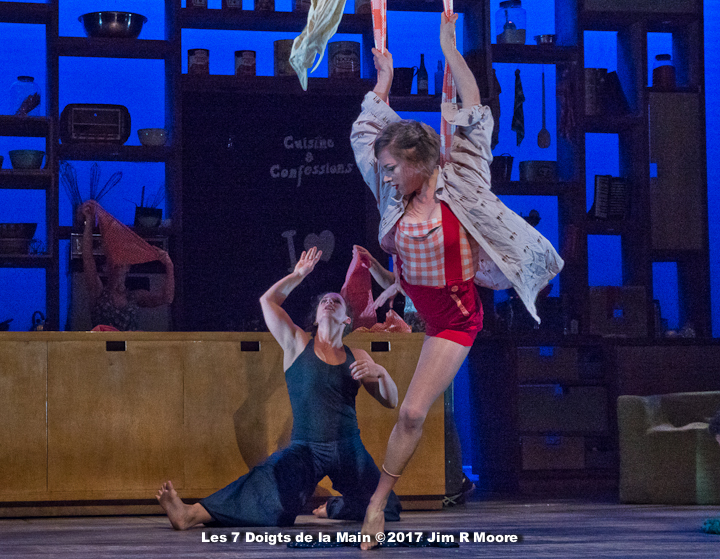 The company performs brilliantly together with choreography and gesture. 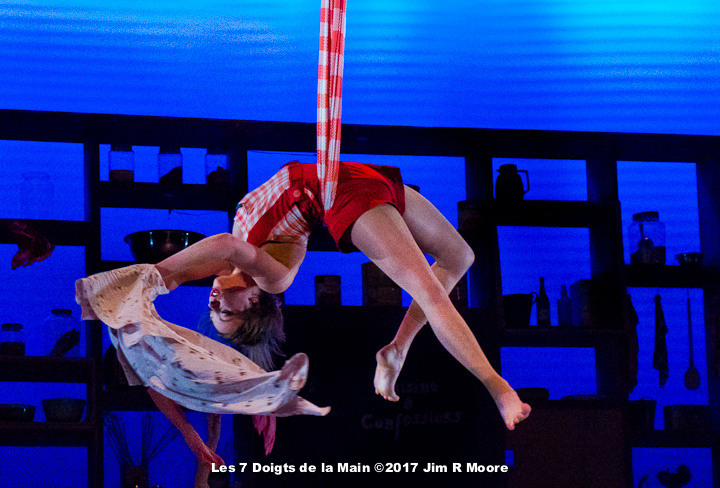 Anna Kichtchenko performs beautiful acrobatic moves while in the air. 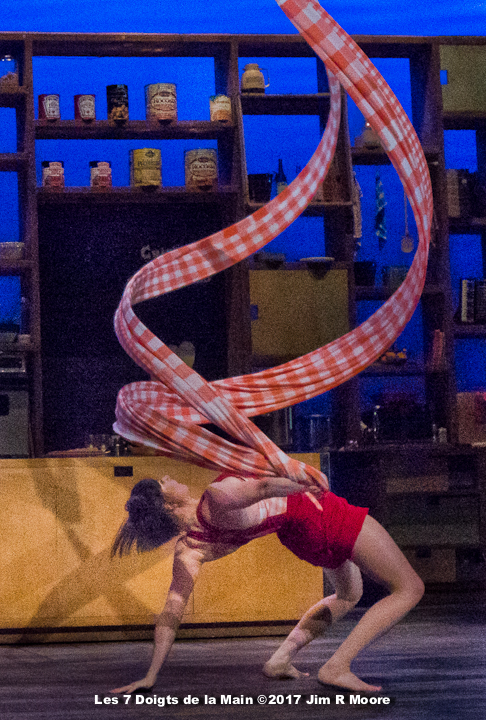 Landed and safe on the stage with a ribbon twirling down on her. 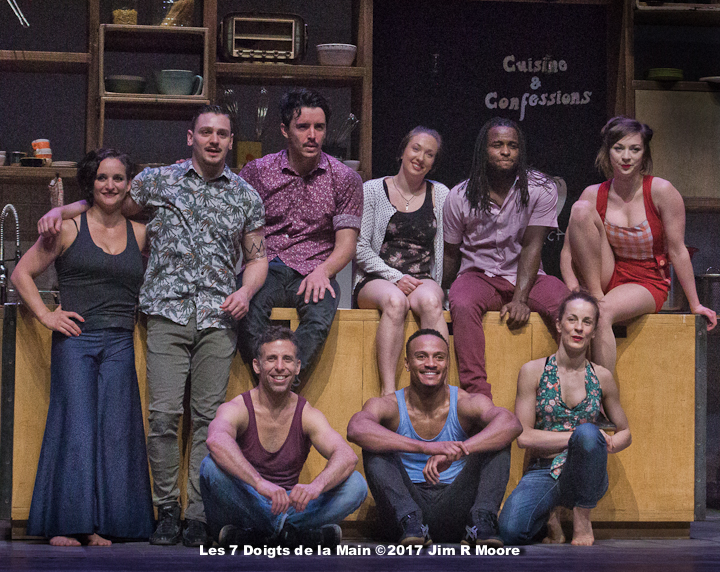 The company posed for a group shot after the photo shoot.

Cuisine & Confessions is directed by Shana Carroll and Sébastien Soldevila and produced by NYU Skirball. It is part of the second annual Tilt Kids Festival, a cultural event for families presented by the Cultural Services of the French Embassy and the French Institute Alliance Française (FIAF).

Related videos for this show. 1. Promo show video 2. Performer talks about the company.

The 7 Fingers (Les 7 Doigts), based in Montreal, was created in 2002 with the goal of making circus a transformative experience for audiences and nurturing new generations of circus artists. The company is made up of 200 artists, administrators, and technicians, and presents roughly 1,000 performances a year — both artistic collaborations and signature shows. The 7 Fingers strive to reach the universal, extraordinary, indefinable, visceral, and intimate worlds in each human being. The company’s credits include the New York productions of Traces, which ran for one year and is currently touring; the Tony Award-winning revival of Pippin; and direction of the immersive Queen of the Night, as well as two appearances on “America’s Got Talent” and direction of the first segment of the opening ceremony of Sotchi Olympics.