I attended a rehearsal for the upcoming Commedia Company show which is this Monday at Cantina Royale in Williamsburg.

Here are some photographs from that evening. I was delightfully impressed by the hilarity that was present at the rehearsal. The show should be very funny! 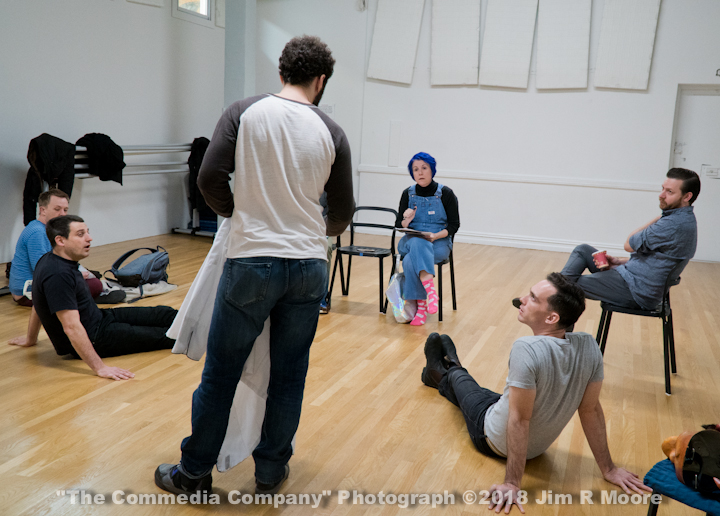 A very informal talk by cast members about the content of the upcoming show.

Some Portraits of cast members with masks. 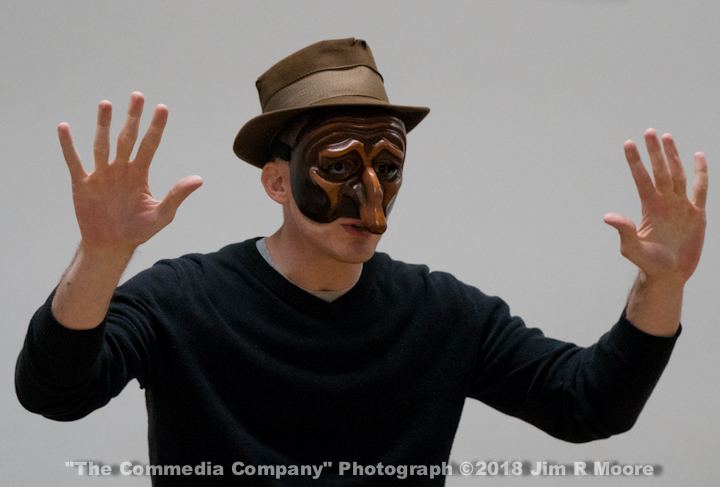 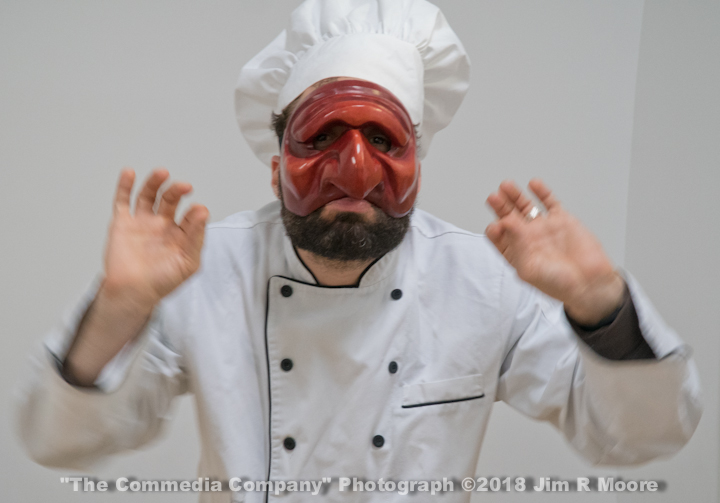 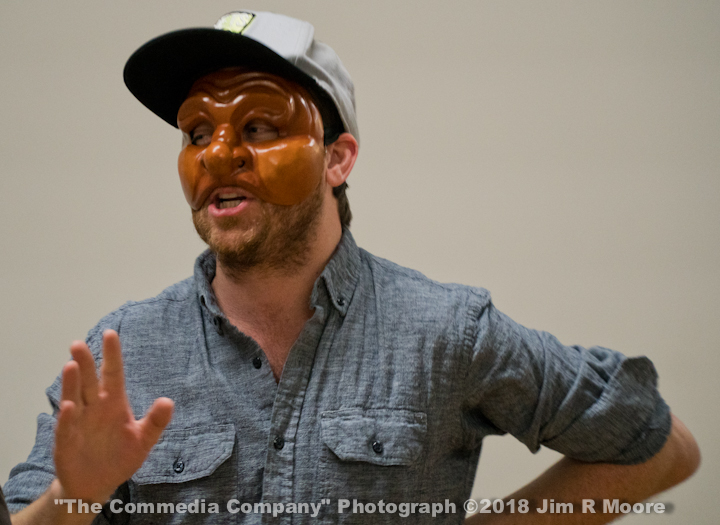 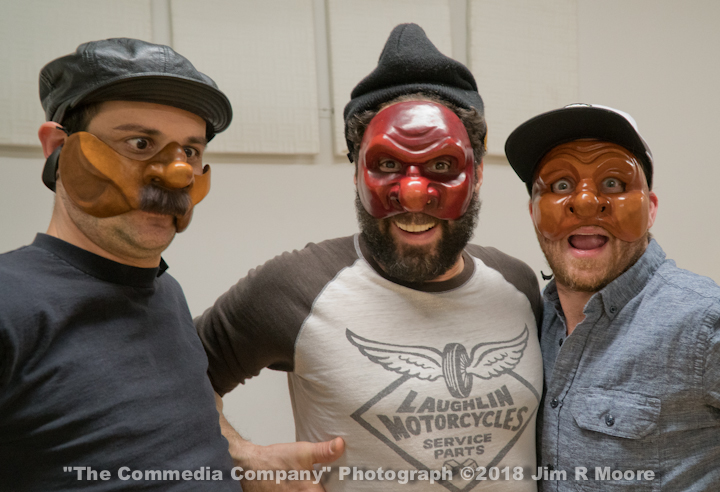 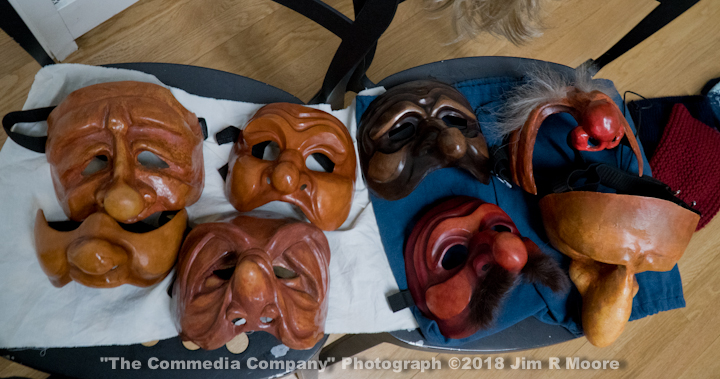 Its the only contemporary commedia show in town! Monday night December 17 in the back of a Mexican restaurant in hipper than hip hip hooray wonderful Williamsburg, 7 of the most dangerously talented, bravest and funniest actors in the world use the Italian half-masks of the European Renaissance theatrical form known as the Commedia Dell’arte to transform themselves, space and time at lightning speed. But this is not your Great-Great-Great-Great-Great-European-Grandfathers Commedia! We don’t do it the Renaissance way, at least not in public (what company members do on their own time is their own damn business). Discovering the Commedia characters in the present day, the Commedia Company takes on contemporary situations. Every night is a different show organized around theme so you can come back every week and see something you’ve never seen before . . . in more ways than one! Its part stand-up, part improv, part physical comedy, part character comedy, part political comedy and all imagination.

Come at 7:30 to hang out with the cast before the show, listen to live music, have a drink, or eat some Mexican food.  Tickets are $10 online or $12 at the door. CASH only at the door  Not appropriate for children. Run time is between 1 and 1.5 hours.

The creation of the Commedia Company is Phase One of the development of a performance wing of the Funny School of Good Acting. Were raising the profile of the funny forms and shining the light of the extraordinary skills and talents of our faculty and alumni.

Join the community of ha-ha-ha! Who knows what is gonna happen next? Not us! It’s improv!  But we are in this together. And its a spectacle Royale. 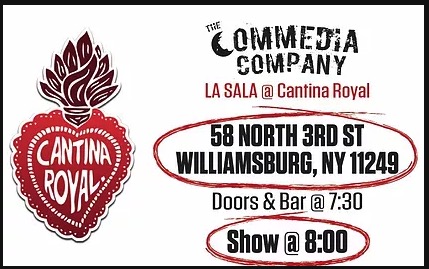