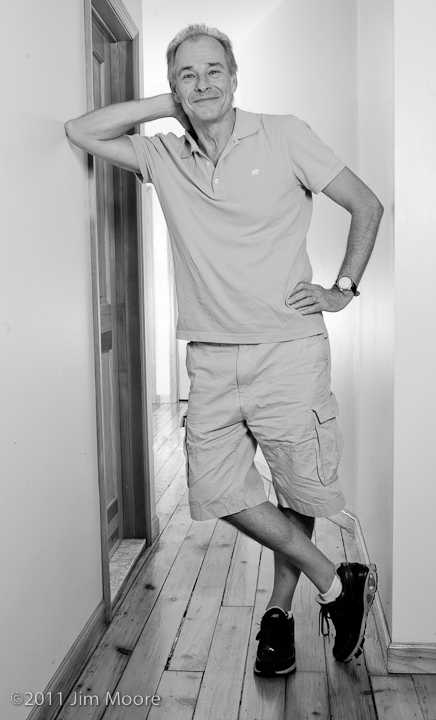 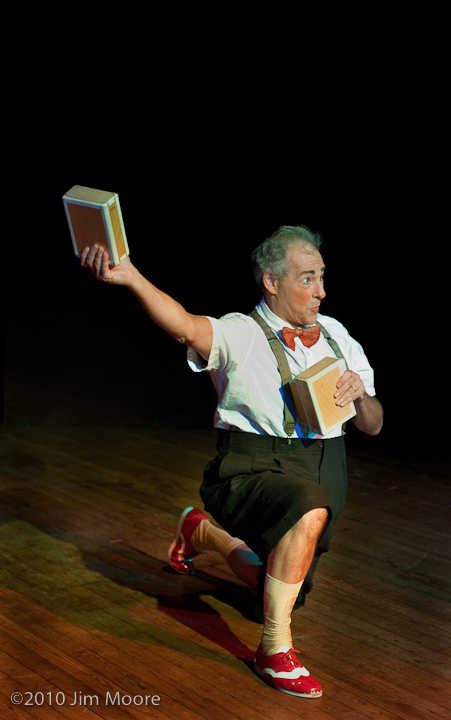 Dick Monday in one of his eccentric moments juggling cigar boxes in the NY Goofs show.

Dick Monday performed with GRANDMA (Barry Lubin) as his partner when they both were with Ringling Brothers Circus.

Here is a video clip (Thanks to Pat Cashin’s Clown Alley blog) of Dick and Barry performing together in 1986.

During the years 1994 to 1998 Dick was the Director of Clown College for The Feld Entertainment Company.

He recruited, trained and created clowns to perform with The Greatest Show on Earth.

Dick and Tiffany split their time between Dallas and New York. (Mostly Dallas!) Between bring up two children and performing in hospitals and other venues in Dallas they are quite busy!

I just finished doing a video interview with Dick Monday about the NY Goofs and it’s history.

While researching for this post I found a quote from Dick that I thought was great!

“Utilizing the power of laughter to uplift the spirits of humanity is a huge responsibility and one that historically has been left to the clown. As a clown, I gladly accept this challenge and will strive to parody the power and enlighten the people where ever and when ever it is called for. This is what I do for a living. I’m also good at Ping Pong.”   –  Dick Monday