Ben Model talks about the new DVD created with lost and found 16mm silent films. After writing scores for all these films he ‘crowd sourced’ the project and was successful in creating the “Accidentally Preserved” DVD.
Why call it “accidentally preserved”?
In the 1920s, 30s and 40s, silent movies were printed on 16mm safety film stock for home movie rentals – it was like Netflix for the art deco era. Decades have passed, and many of the original 35mm prints of these silent films no longer exist, but these vintage 16mm copies survive. (That’s what I have in my collection.) It’s as if those silent films were…accidentally preserved.
For more information:
http://www.accidentallypreserved.com/about.html 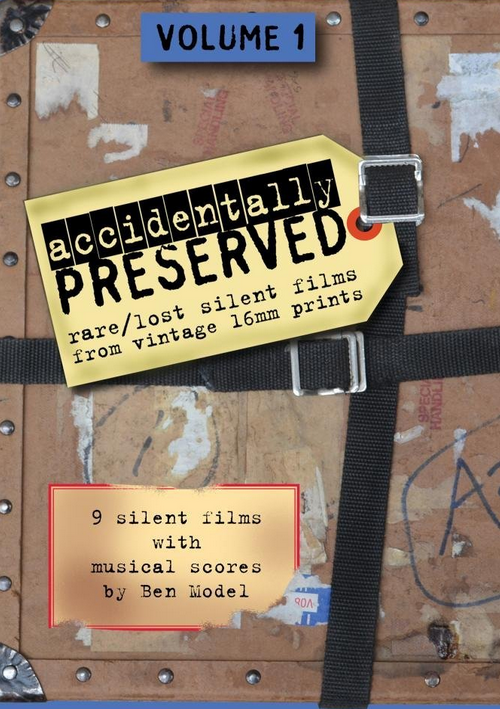