“Infused with southern charm, this irresistibly weird and wonderful story chronicles Slash Coleman’s upbringing in a warped but warm-hearted household of eccentric artists. Descended from a posse of off-beat immigrants–including a grandfather who danced at the Moulin Rouge–and raised near the capital of the Confederacy during the 1970s and ’80s, young Slash sets out to find true love. Unfortunately, he’s his own worst enemy. Obsessions with Evel Knievel, rock band KISS, and crisscrossing the country to find the girl of his dreams set his quest for happiness on a hapless course.
Hilarious and profound, Coleman slowly comes to terms with his father, a genius sculptor and volatile alcoholic, and his mother, a Holocaust survivor who makes him promise never to reveal that he’s Jewish. A touching portrait emerges of a young artist…” 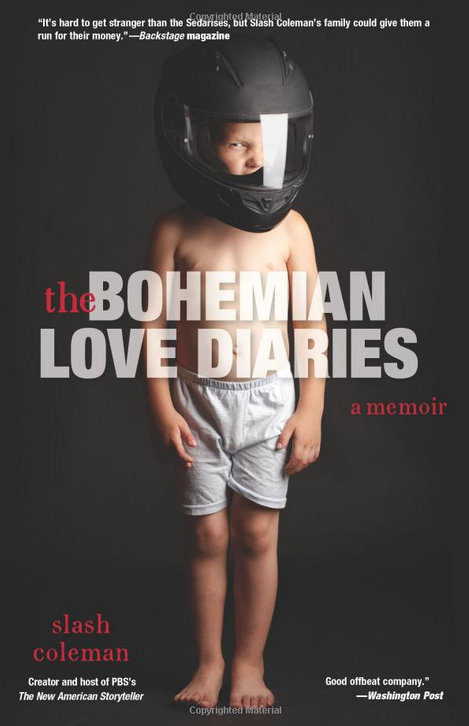 In this video interview Slash Coleman talks about adapting his oral stories to a book and then back to the stage. The legacy of his family and the inspiration he gets from them to become a story teller.

Bill Bowers – On Mime and Silence – From PBS