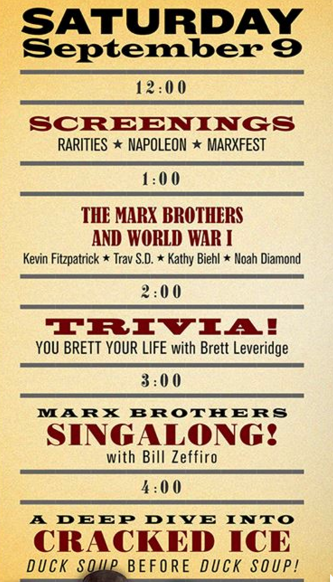 The Marx Brothers and World War I

The Trivia Section of the day at 2:00 pm with Brett Leveridge 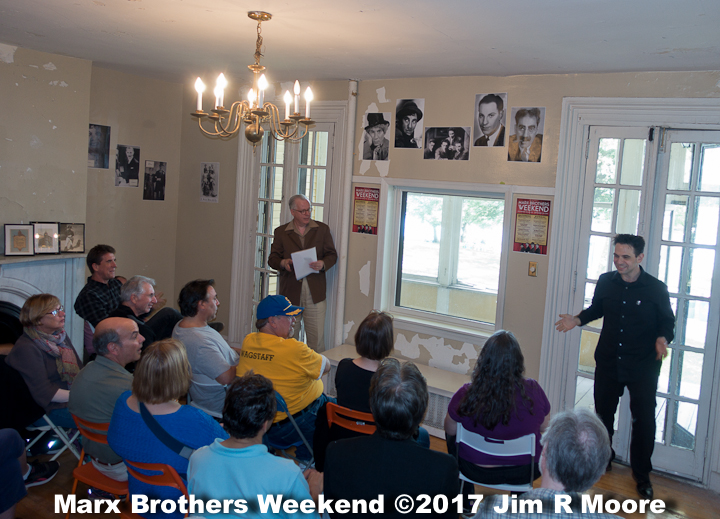 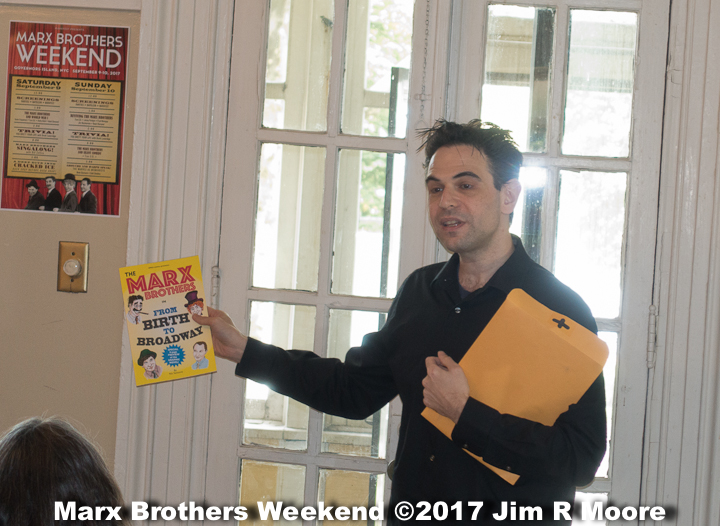 There are two kinds of people: those who would enjoy a group singalong of Marx Brothers songs, and those who simply don’t know how to have fun. I assert that you have not truly lived until you’ve heard a room full of people singing Chico’s version of “Everyone Says I Love You,” in glorious unison. This video documents another of the Singalong’s many highlights: “Alone” (by Arthur Freed and Nacio Herb Brown, from A Night at the Opera), led by Bill Zeffiro on the keys. (Noah Diamond contributed this and all other text for this post.)

The Singalong concludes with a pair of Groucho specialty numbers. The penultimate selection is “Dr. Hackenbush” by Bert Kalmar and Harry Ruby, one of Groucho’s favorite musical signatures, despite its unfortunate exclusion from A Day at the Races. The Singalong concludes with the immortal “Lydia the Tattooed Lady,” by Harold Arlen and Yip Harburg, from At the Circus, led by Bill Zeffiro and me.
~ ~ ~ ~ ~

Cracked Ice is an early draft of Duck Soup, written by Bert Kalmar, Harry Ruby, and Grover Jones. It has some obvious similarities to the finished film, but it also reveals the more characteristically Marxian (and notably darker) comedy that was being planned before the director Leo McCarey imposed his vision on it. The first day of Marx Brothers Weekend ended with this cold reading, featuring Kathy Biehl, Melody Jane, Brett Leveridge, Jonny Porkpie, Matt Roper, Trav S.D., Seth Shelden, Matt Walters, and me. (Noah Diamond)
~ ~ ~ ~ ~