I was fortunate to meet these two adorable performers at The Bindlestiff Open Stage last week. They were standing amongst a crowd of performers all of whom I knew. But I didn’t know them. So I introduced myself and we had a great conversation and arranged a time to do this wonderful interview.

Now I have to see their act ‘in person’. Hopefully, we will cross paths again soon.

They are performing currently in The Box.

And here is a video of their amazingly great work!

You can check out their schedule and see more videos on their site HERE!

Besides being a terrific performer Ottavio has also co-authored a book about his grandfather’s career in show business in the early 20th Century. 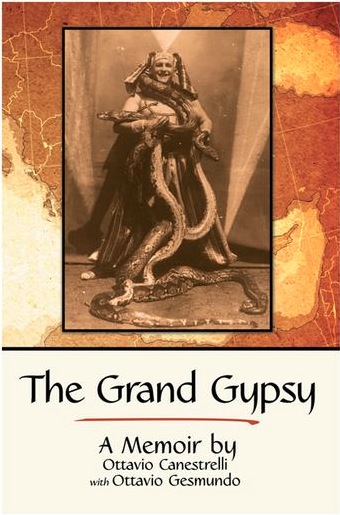 “The Grand Gypsy is indeed fascinating and highly enjoyable reading, not only for anyone interested in circus history but also for any curious or adventurous mind.”  – Dominique Jando – Editor, Circopedia.org

More information about his book can be found on the website here.