A Magical Photographer and Wonderful Man.

I first met David online in 2016 when I contacted Potter & Potter to get some photographs of their upcoming Magic auction to post on this blog.  David responded to my email with a gracious and professional tone that was so wonderful. We emailed back and forth for quite some time since we had so many friends in common and he was ‘the’ photographer for catalogs created at Potter & Potter. He also happened to be ‘the’ photographer for the entire ‘Magic’ world. Having photographed hundreds of shows and performers over the course of his career. He sent me a copy of his beautiful book which contained a collection of photographs from his portfolio that were stunning. I am posting some of his images here as an example of his brilliant work! 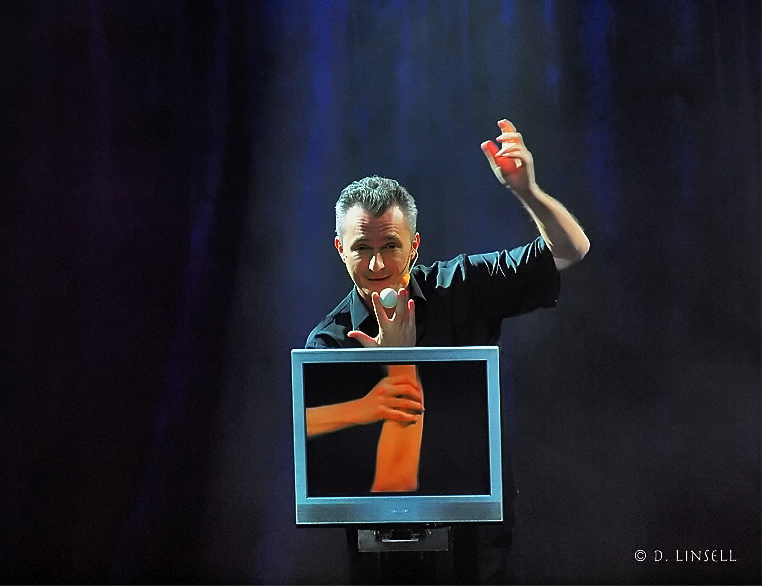 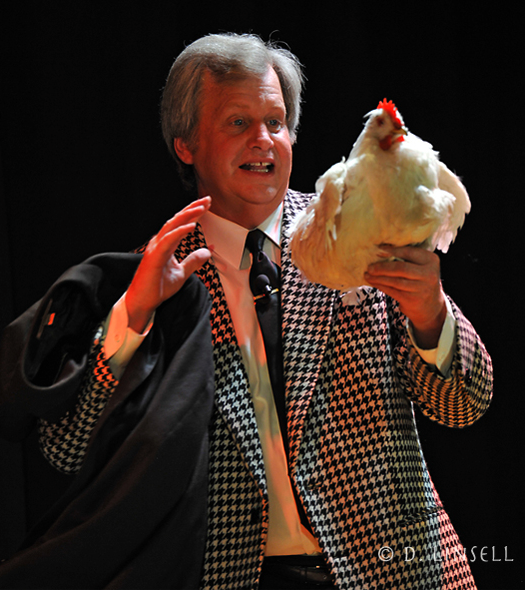 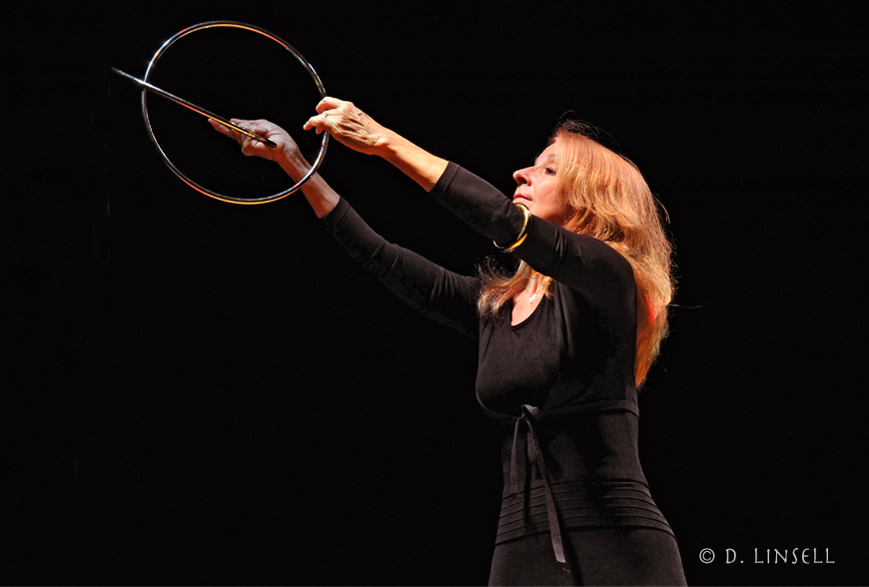 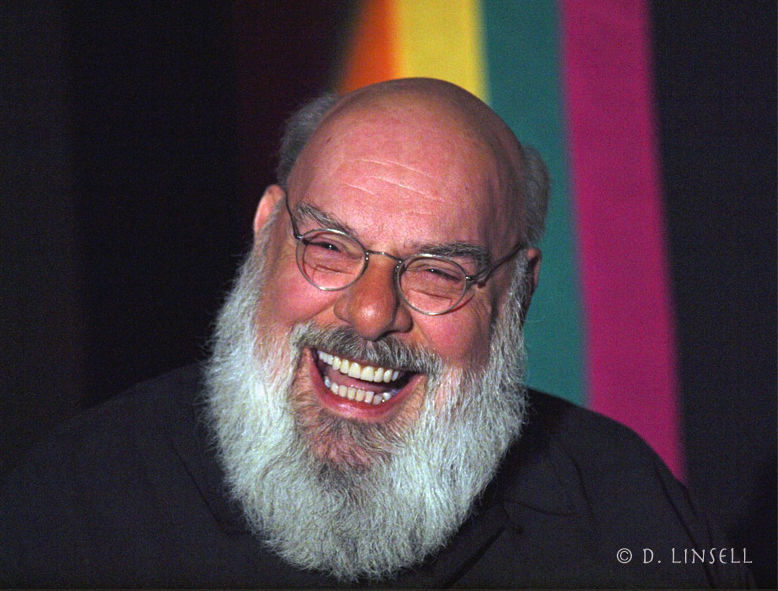 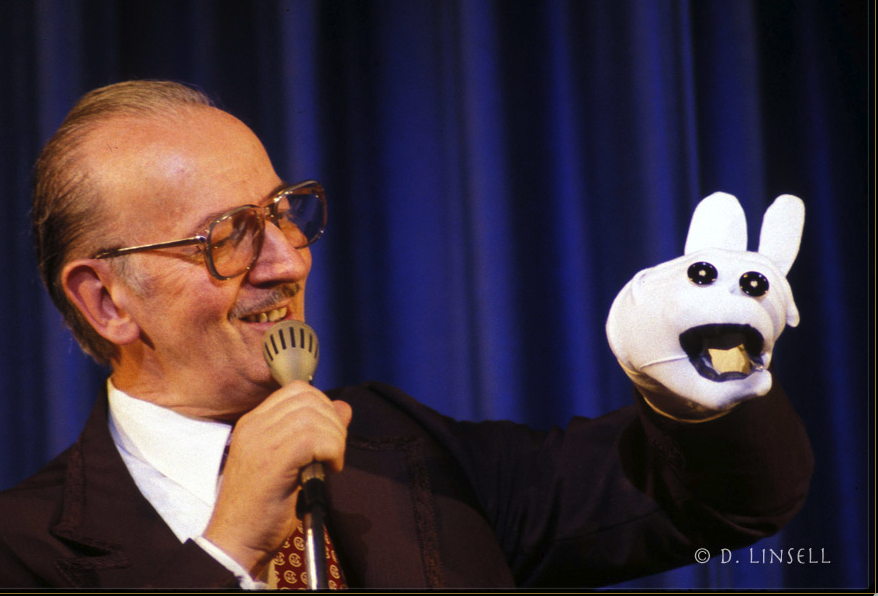 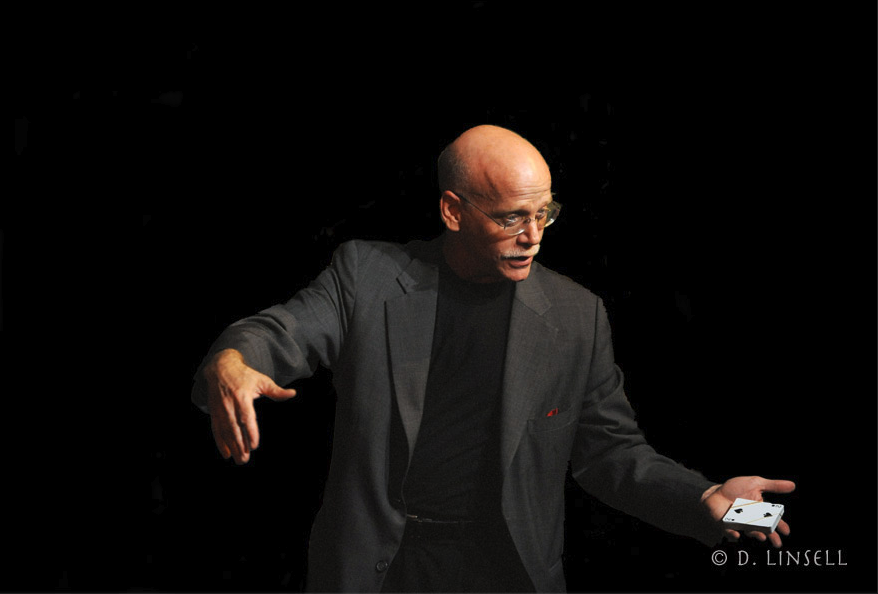 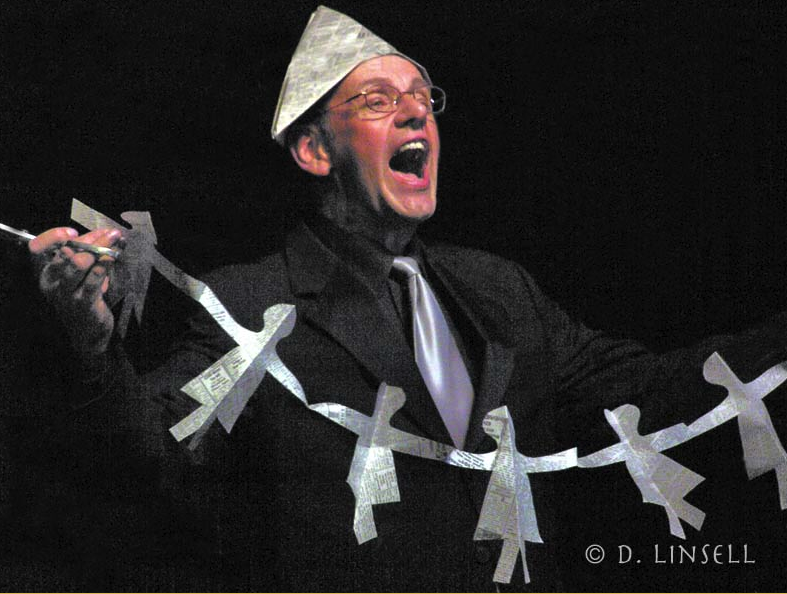 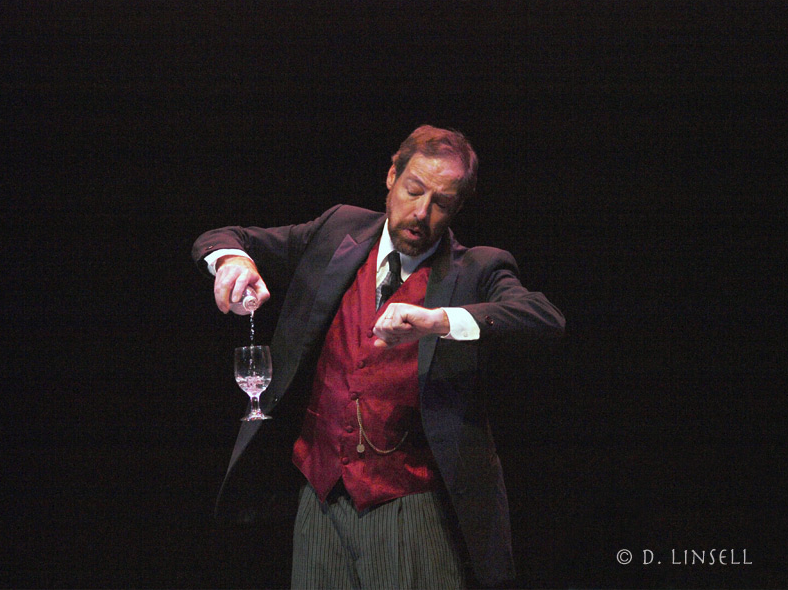 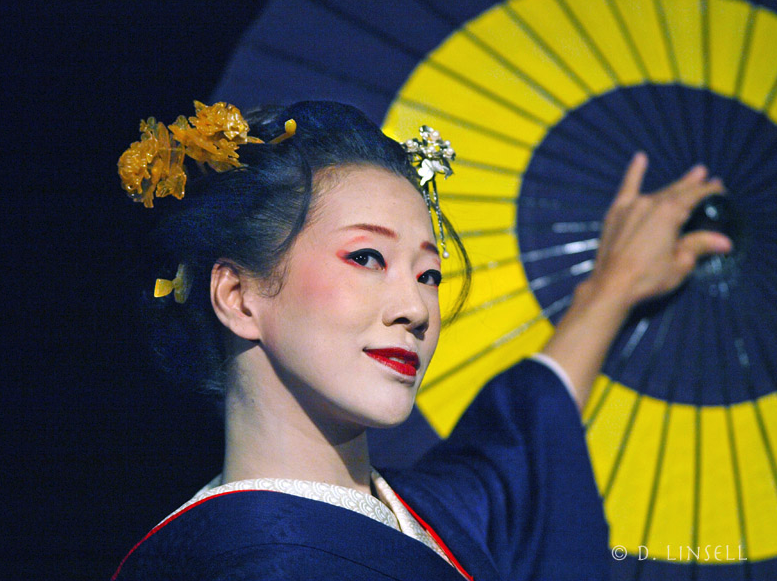 And also, some of the folks that posted on Facebook after he passed away. 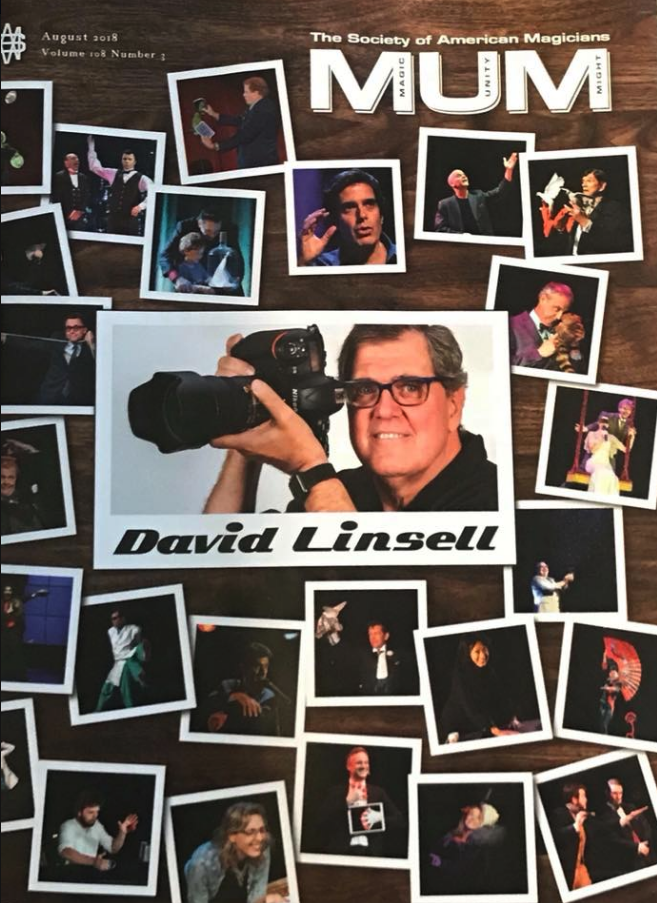 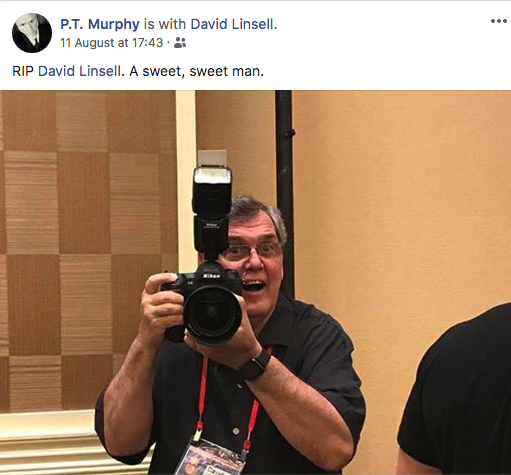 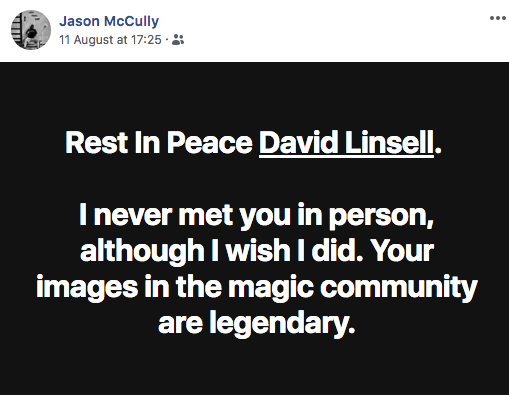 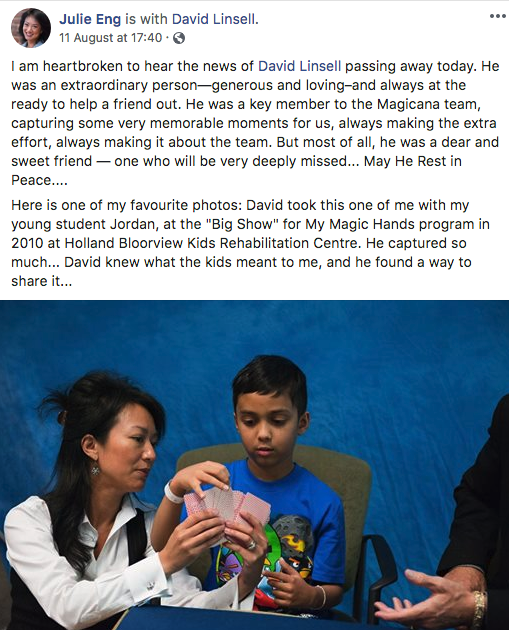 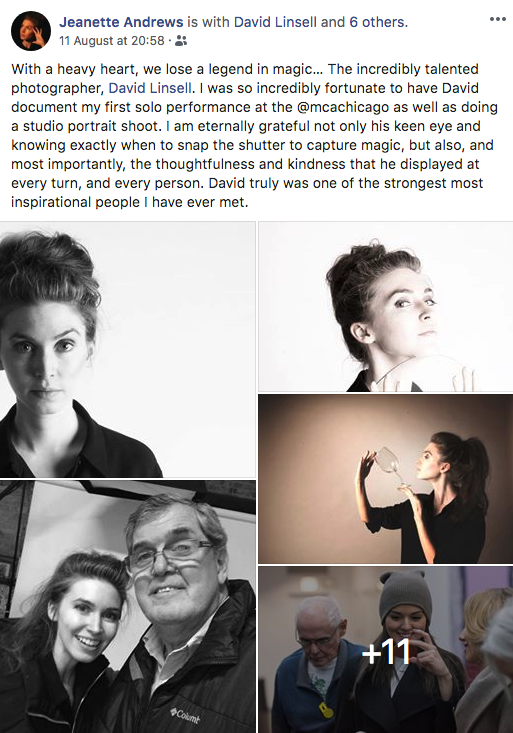 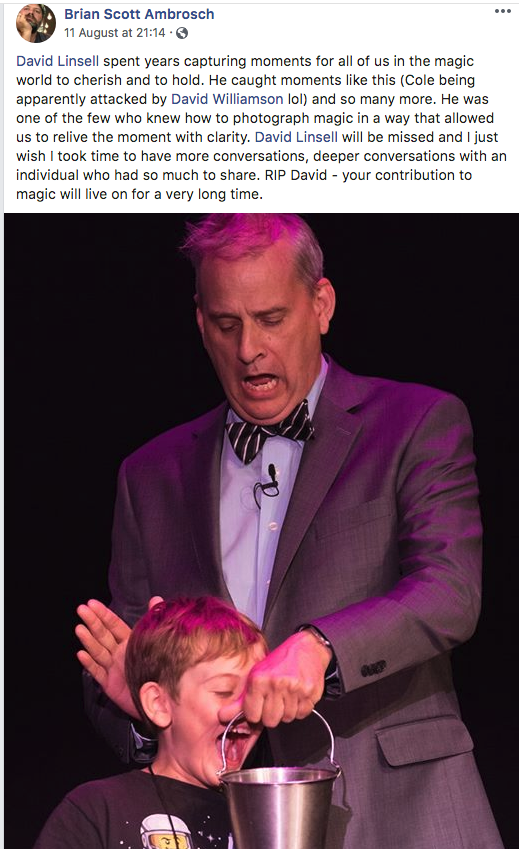 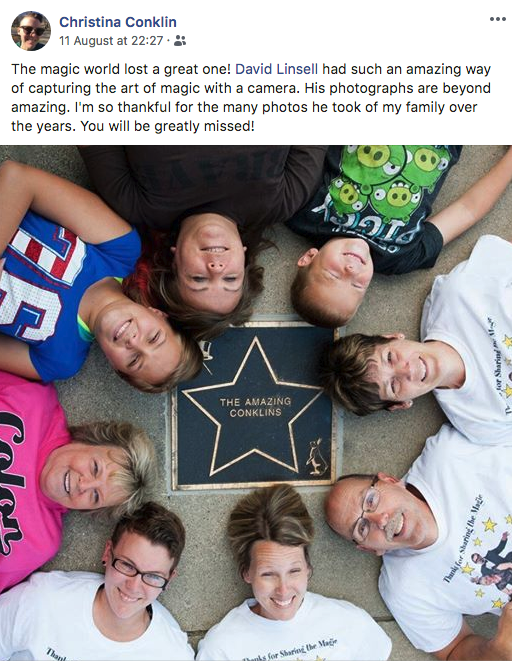 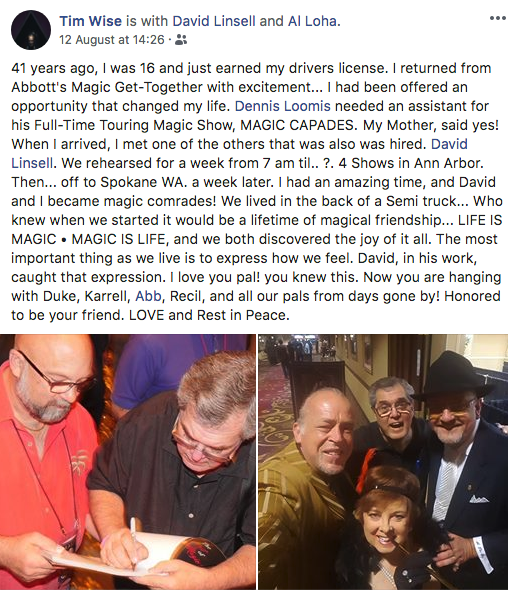 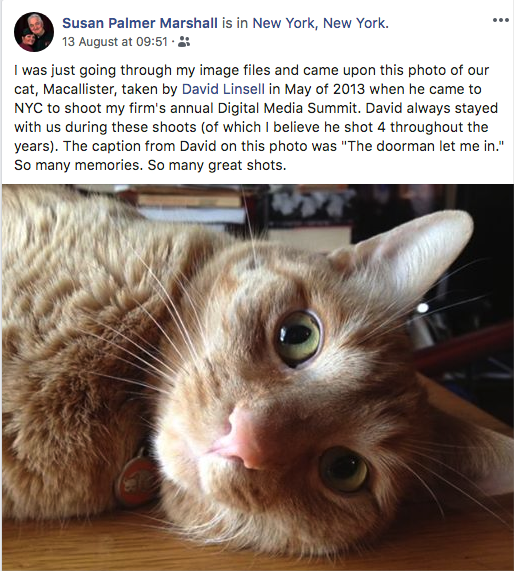 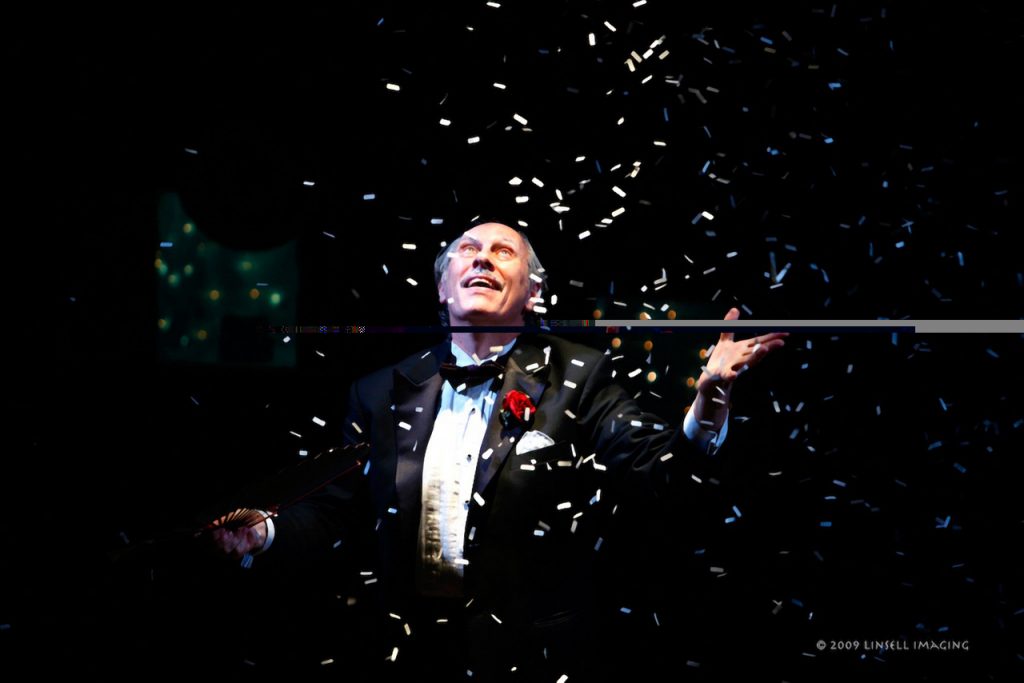 David was working with magic man Peter Samelson on a book for Richard Kaufman‘s publishing venture. I contacted Peter and he informed me that the many hours spent with David working on the book lasted until David passed. Here is a chronological post from Peter about his relationship with David.

I didn’t finish in time. Isn’t it often like that. There’s too much life. And not enough time.

You get to know a person better when you share a project. Over the years I’d known David, it had started as it often does with a chance encounter, a common passion putting the two of you in the same place at the same time.

Yes, it was on the opposite sides of the glass, but the magic was why we were there. And yet, only on my last visit did we ever just do magic together. Every other time, I was the subject of his discernment.

Then David reached out when he was coming to New York, not to shoot my shows but just to catch up.

Magic and photography merged in mutual friends, Charles and Regina Reynolds. I’m keeping this short. It was at one of these lunches at A.O.C. that I learned David was fighting for his life. You’d never know it if you didn’t know it.

Last fall, at lunch, we decided to do a project. I had begun working on a book and Richard Kaufman had said he wanted photography instead of illustration. It came up at lunch. And David said one thing he’d never done, was shoot photographs for a book teaching magic. Between his amazing skill capturing live performances and his years of documenting Magicana for Potter and Potter, he had perfected the skill set needed. We’d better get started he said, didn’t know how much time he had left.

So we started in January. I wasn’t really ready to shoot. The book was in my head but not on paper. I prepped. I made shot lists. How many needed other hands. Which were front views, which over the shoulder, which x-ray? And so it started. Of course, David caught most of what I missed but still, I decided to come back for the grand opening of the Chicago Magic Lounge at the end of February and we did pickups.

I was leaving May 1st for two months and had a few more ideas. Let’s shoot when I get back, in July, I said. David insisted we do it the end of April because you never know. Good thing we did.

We shot at Potter & Potter and I set up performances at CML on stage and behind the bar and David kept shooting. Thousands of images.

May and June were filled with too much life. I barely had enough time to breathe. July arrived. I wasn’t done. David was weaker. We started making plans for me to fly to Chicago, to pick him up and drive him to Colon, MI on August 1st so he could attend Abbott’s Magic convention. A week later I hadn’t heard from him. 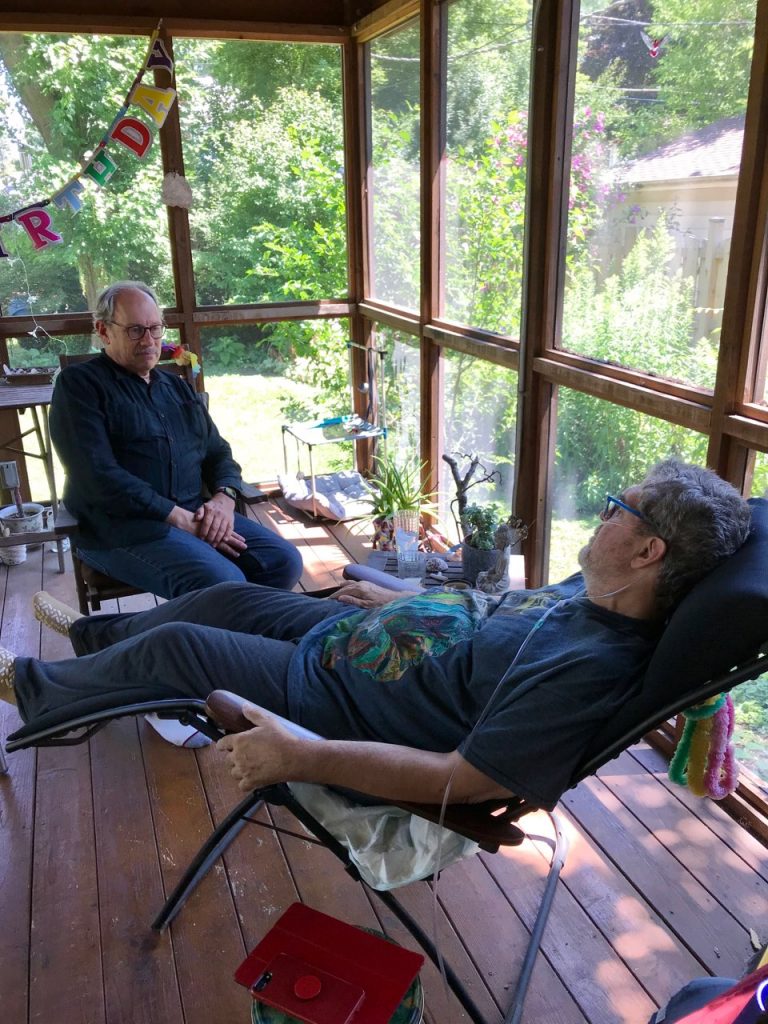 When I did hear from David, well into July, he was just headed home from the hospital. Headed home to hospice. No going to Abbott’s. No Magic Live. Hospice. The next week I was headed to Orlando to perform and lecture at the National S.A.M. (Society of American Magicians) Convention.

The August issue of their monthly magazine was featuring David on the cover, honoring him and his photography. It was going to drop after Orlando.

The Convention was ending on a Monday night. I’d fly home Tuesday, and then the next weekend, I thought, I’d fly to Chicago to see David. Better hurry his wife said, each day takes him a bit further away.

OK, time to change plans. A poster-sized print of the magazine cover was made while the convention was on, and it was filled with signatures from those members and leaders who were there, and there were many! 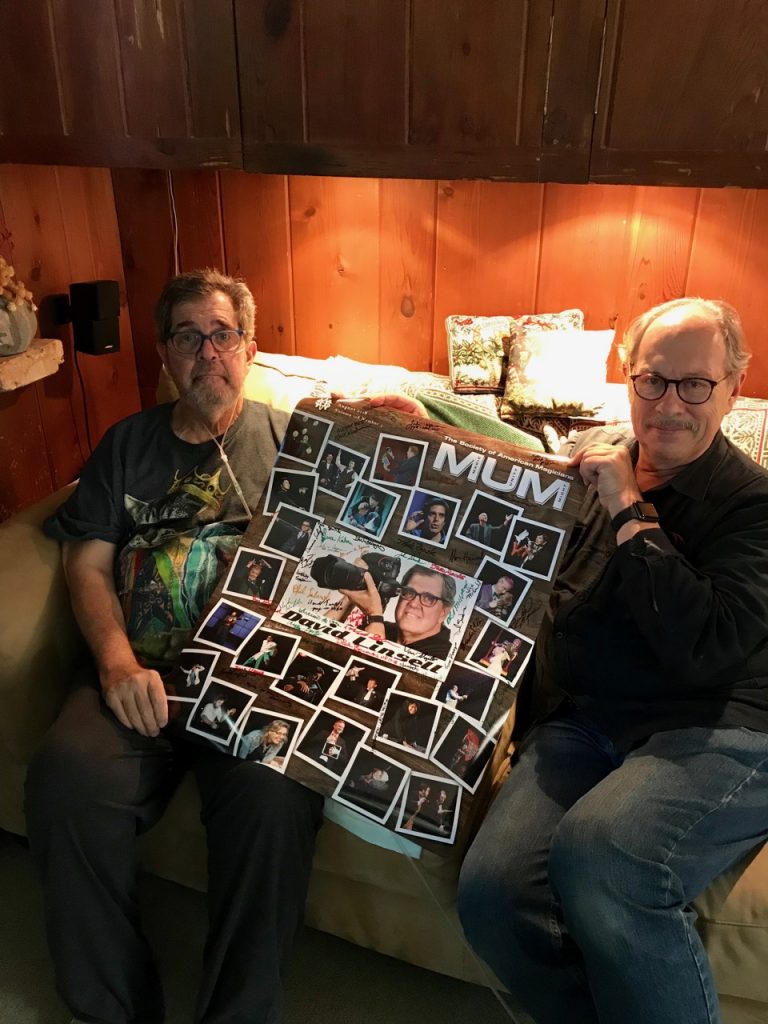 I flew directly to Chicago from Orlando to spend time with David, to take the large cover print with all the signatures to him, to thank him, to say goodbye, to make some final decisions, to confirm that he’s sent out hard drives with the photos for the book. Oh damn, the book. 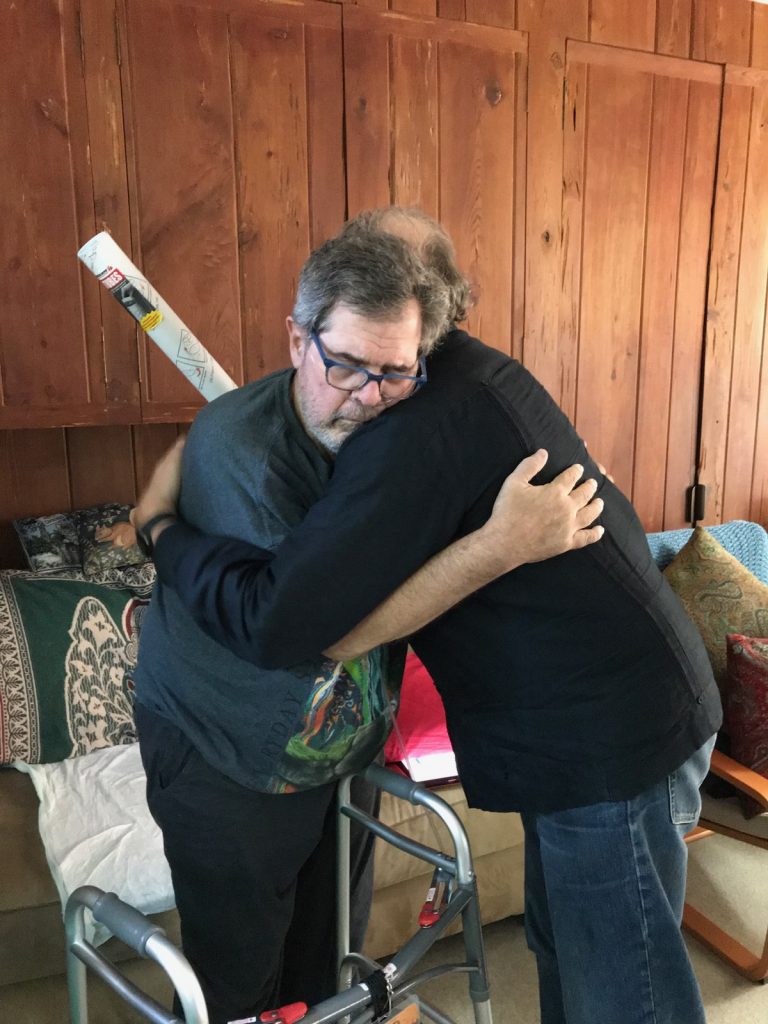 When David and I decided on this project, Richard had told me that I had an obligation to finish the book before David died. I had hoped I could. I hadn’t. I had hoped there’d be enough time. There wasn’t.

During the time David worked at Potter & Potter he maintained a close friendship with the owner Gabe Fajuri. Here are some lovely comments from Gabe.

“To say that David Linsell was the most positive person I’ve met would be a true understatement. Without exaggeration, I can say that he was simply the most enthusiastic, bright, cheerful, sun bright-beaming man I’ve ever met. Even in the last year – really, in the last four or five years – when his illness was discovered, and then, later, when things really got harder and harder for him, I never saw his outlook falter or shake.

Of course, as a photographer, David was a real talent. He and I worked together for six or seven years and knew each other for much longer than that. It was at his suggestion that he “help” me at Potter & Potter that we came to spend so much time together – part-time at first, and full time not long after that. He became our first one-man photo department and was always the number one magic enthusiast at the auction house. More importantly, he made us look good.

He was also a caring, kind man – a family man who so loved his wife and daughter. Someone you could count on, no matter what your relationship to him. A loyal, loving guy. You can’t ask for much more than that.

David officially retired in January, but still worked on auction day and was a constant presence at our office. That won’t change any time soon, despite his passing.

David, my dear friend, you will be deeply and truly missed. Rest in peace.” 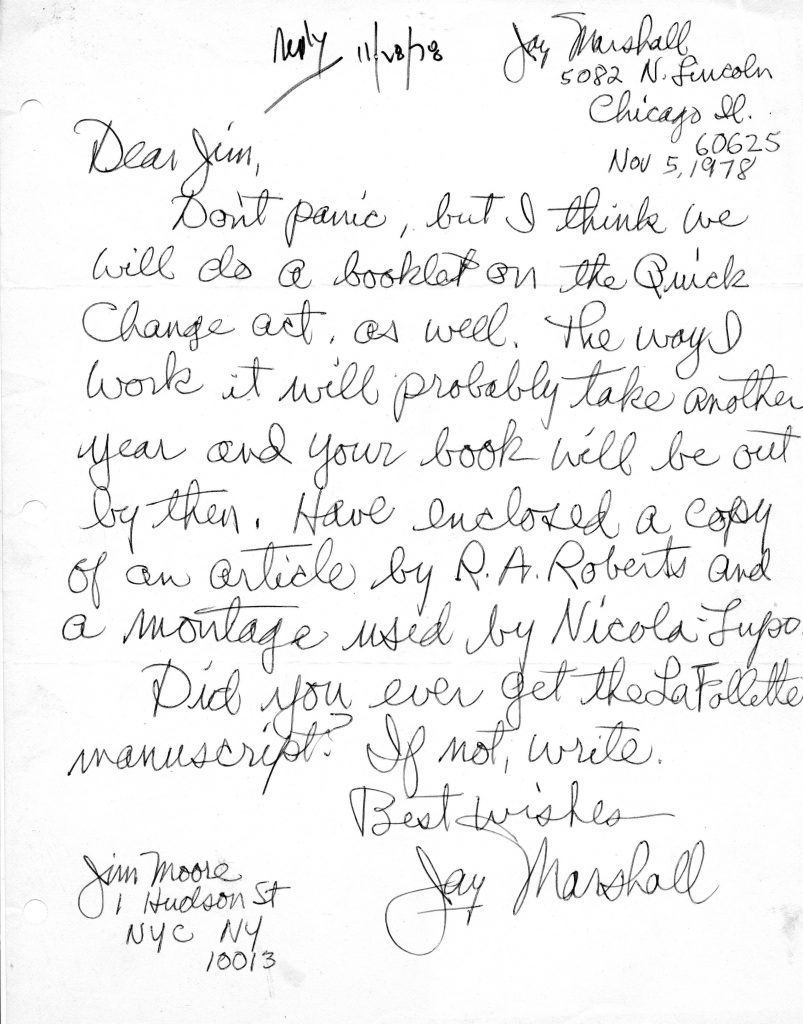 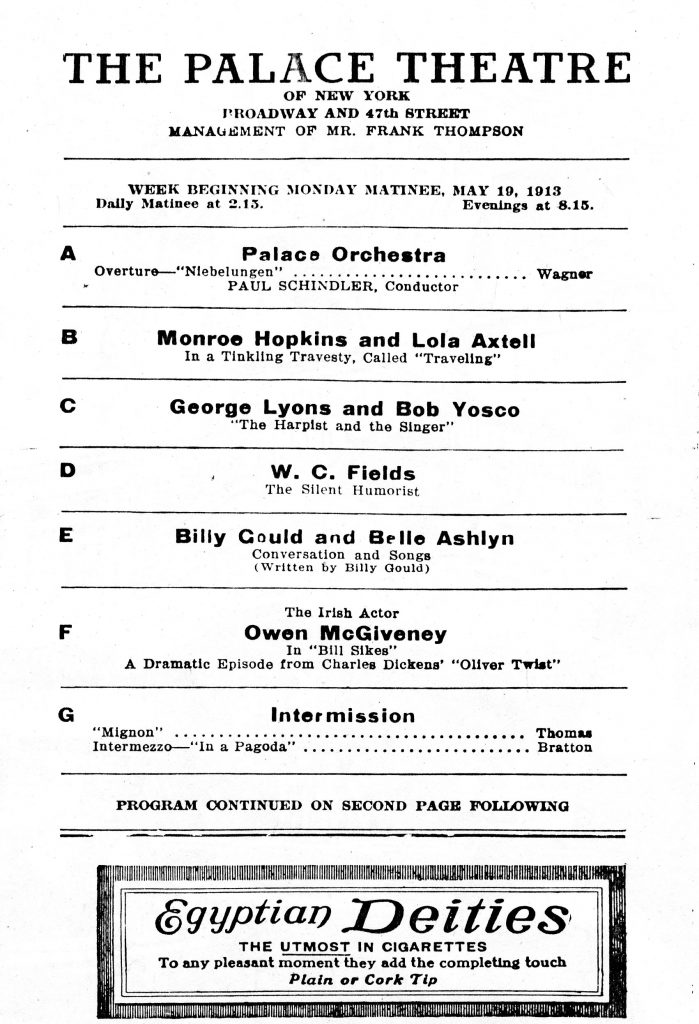 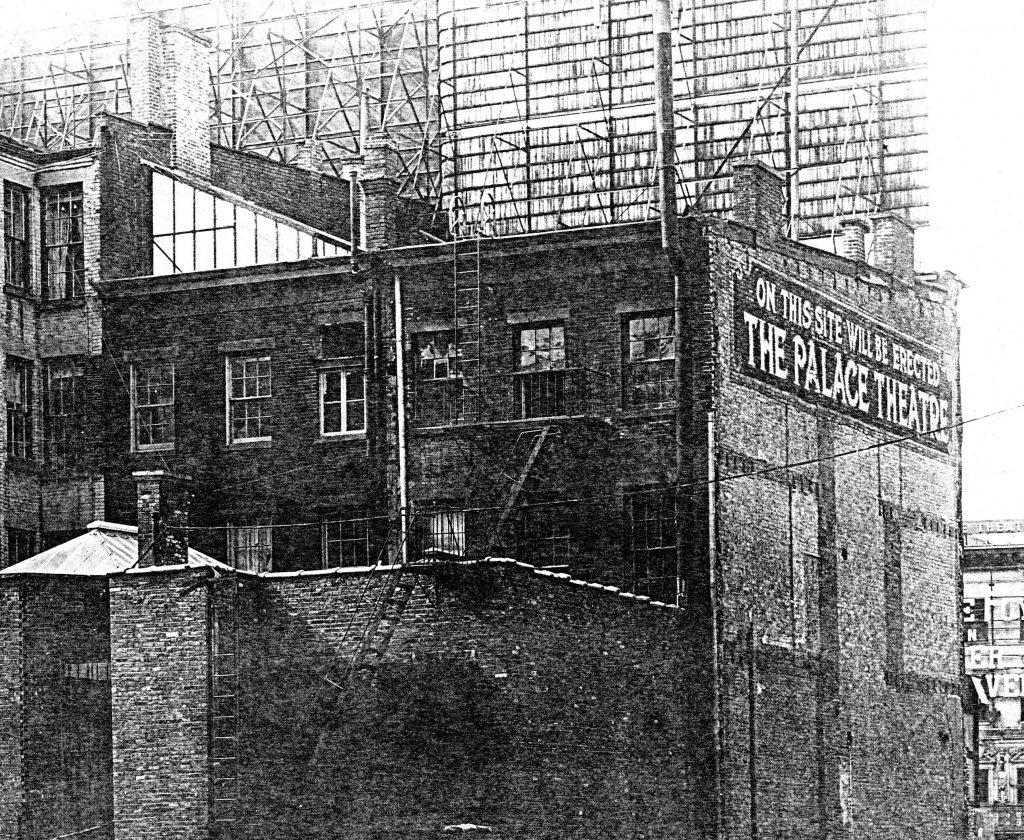 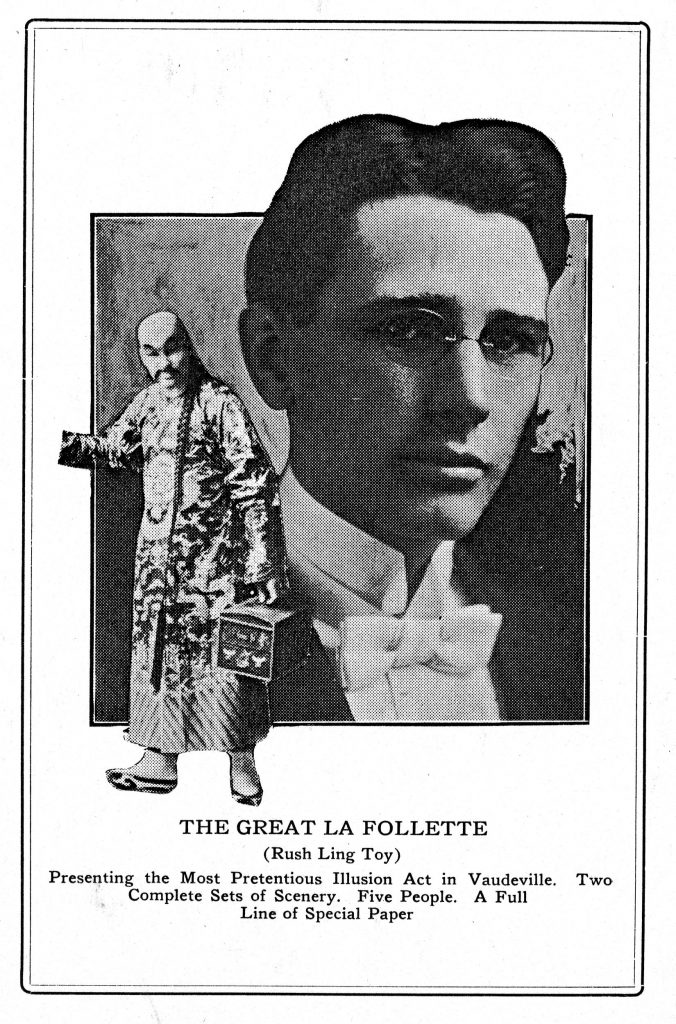 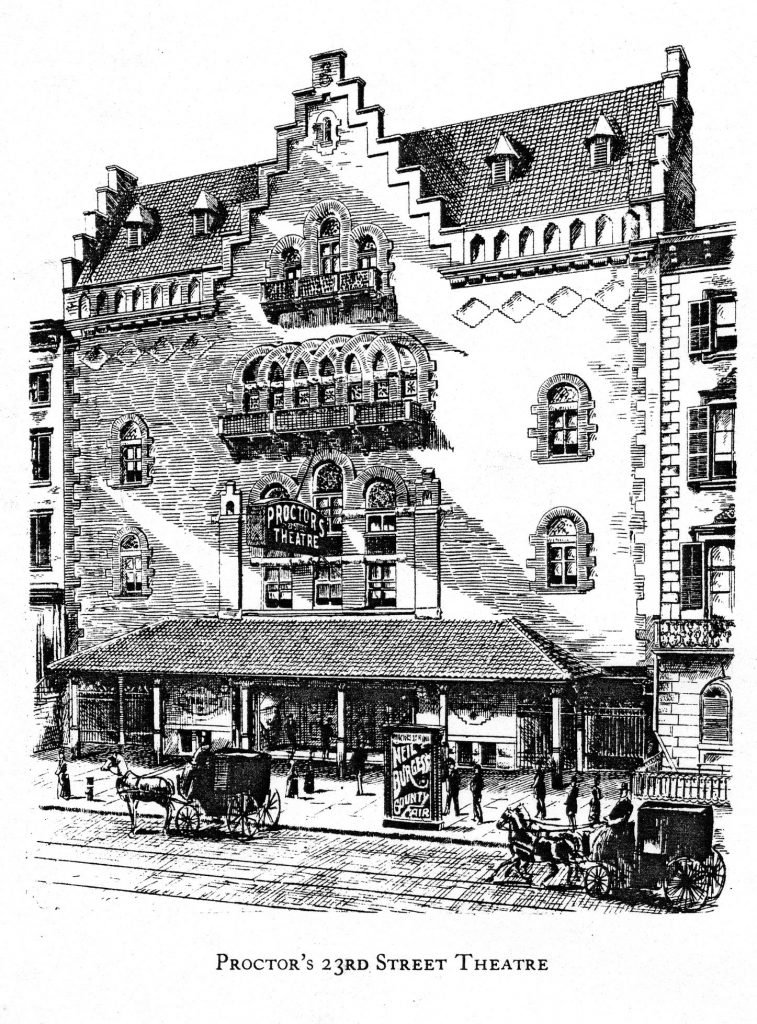