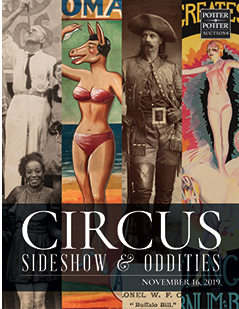 Featuring the circus collection of Dave & Mary Jane Price, the November sale is slated to include nearly 1000 vintage circus posters, plus costumes, model circus trains, and other relics from bygone wonder-shows. The circus collectibles will be complemented by an array of unusual, uncommon, and unbelievable oddities, sideshow memorabilia, banners, photographs, taxidermy, and relics of the “believe it or not” variety. Highlights include Tom Thumb memorabilia, sideshow electric chairs, and props, and big, bold banners from the masters of the form.

Catalogs ship approximately three weeks before the auction. Previews will be held in our gallery on November 14—15, 10—5 pm.

The first item is a side-show banner painted by Coney Island USA‘s own Marie Roberts. 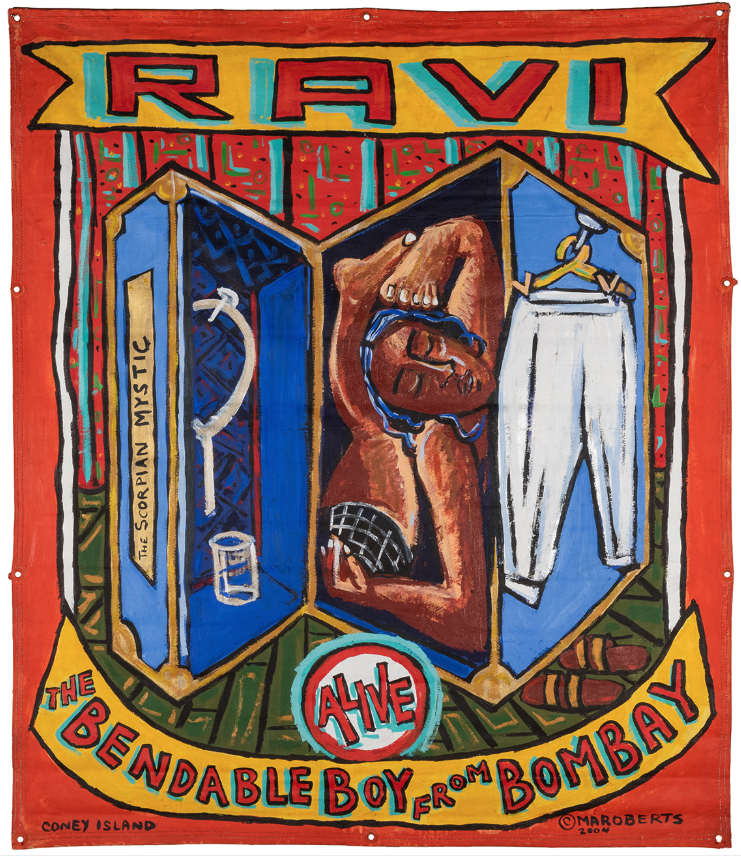 Roberts, Marie. Ravi The Bendable Boy from Bombay. Sideshow Banner. Coney Island, 2004. The vibrant banner shows this contortionist bent inside a trunk, text below and above. Flown at the Coney Island Sideshow. 66 x 57”. 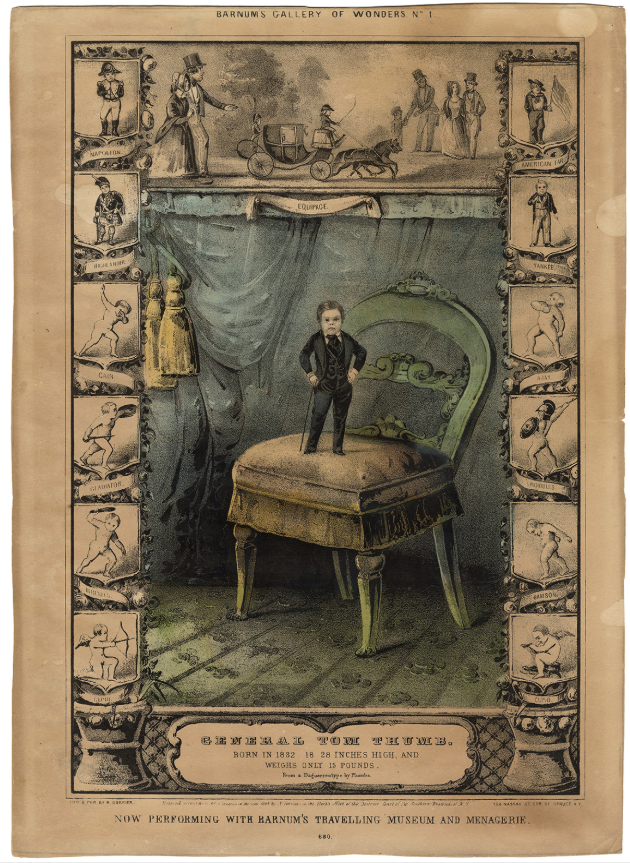 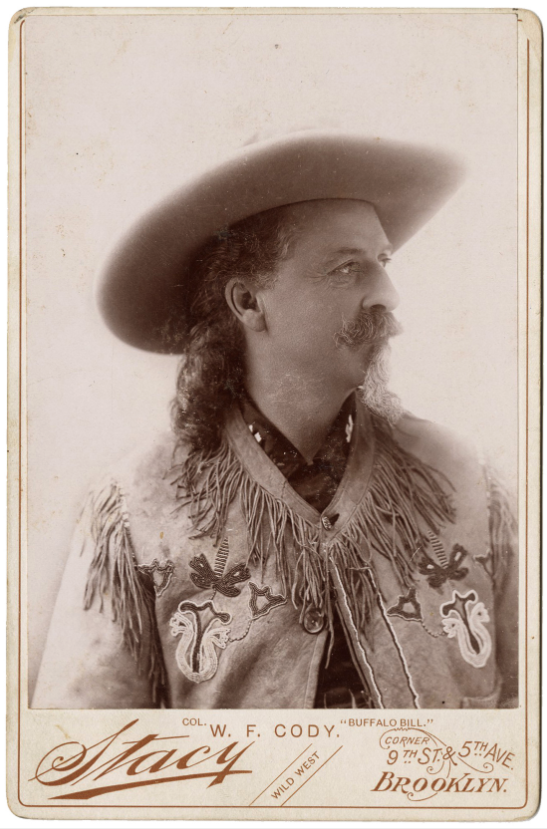 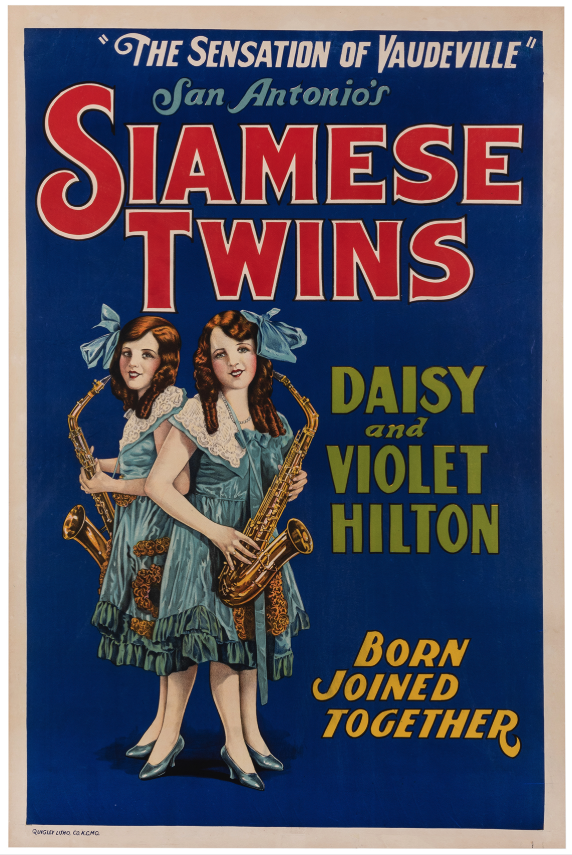 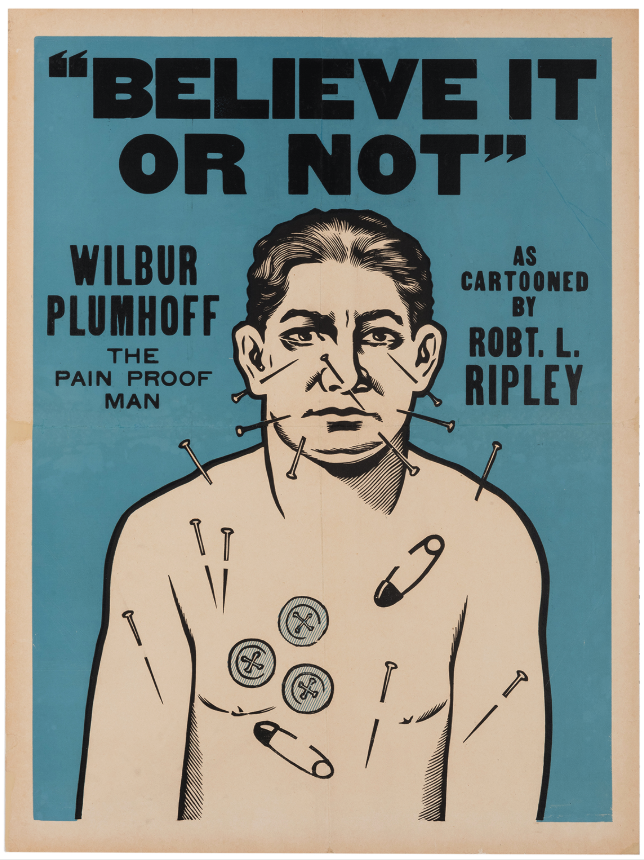 Ripley, Robert. Wilber Plumhoff the Pain Proof Man / Believe It Or Not. N.p., ca. the 1940s. Color poster depicting the performer with nails, pins, and buttons pierced through his skin. 28 x 21”. Linen-backed. Scattered restored losses to edges and along folds. B. 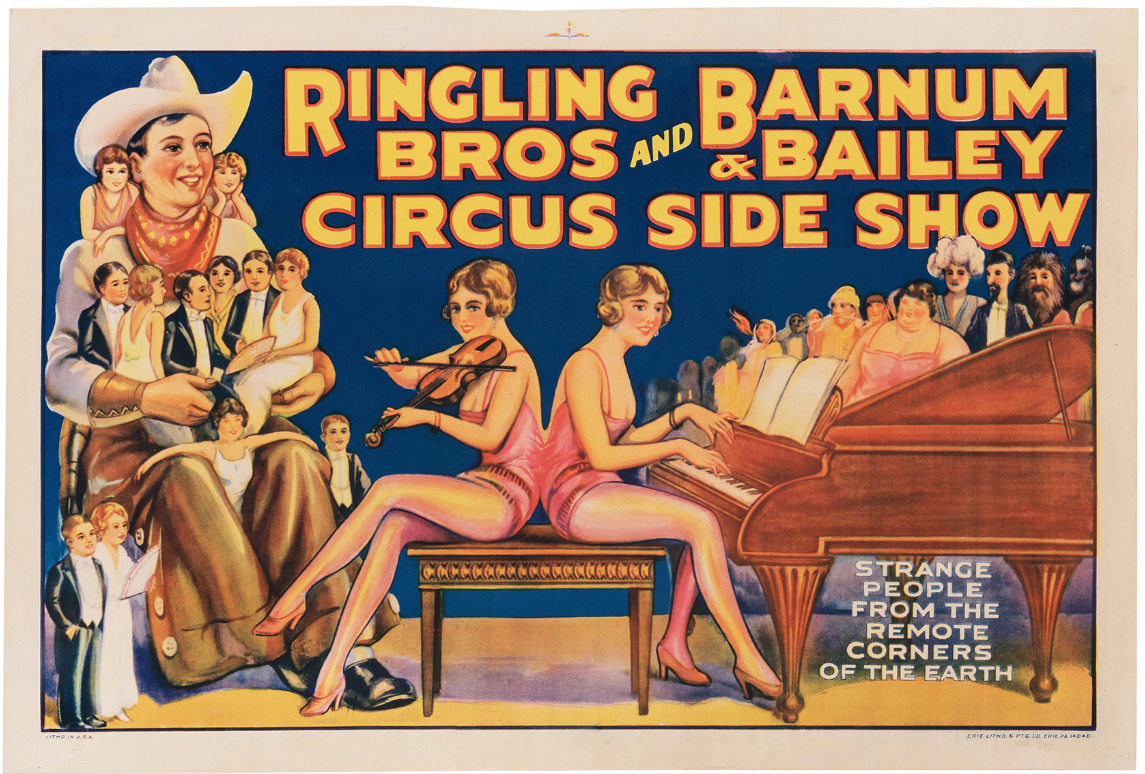 Ringling Bros. and Barnum & Bailey Circus. Side Show. Erie Litho, the 1930s. Offset color lithograph poster depicting the circus’s sideshow cast, prominently depicting violin and piano playing conjoined twins, a giant with little people, and others in the background. 18 ½ x 28”. Linen-backed. Restored losses and over-coloring, mostly in margins and edges, some inpainting to tears in image. B. 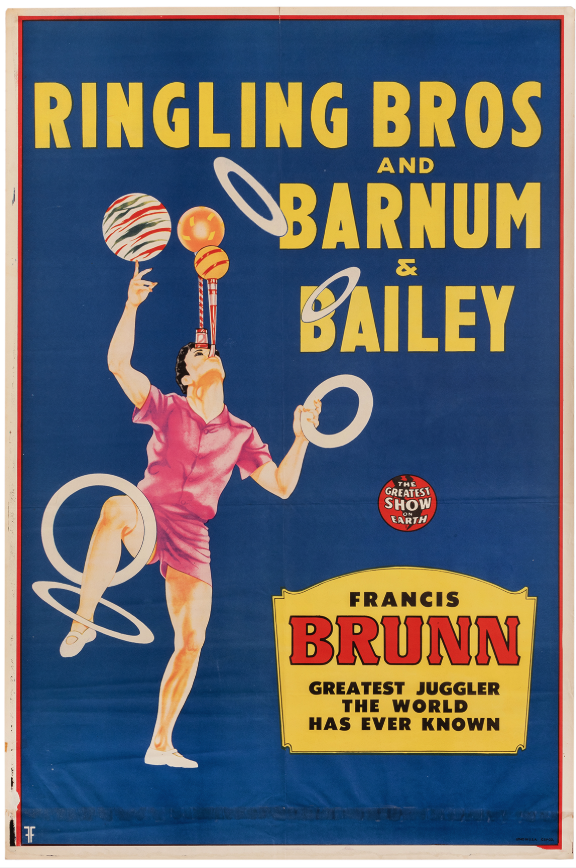 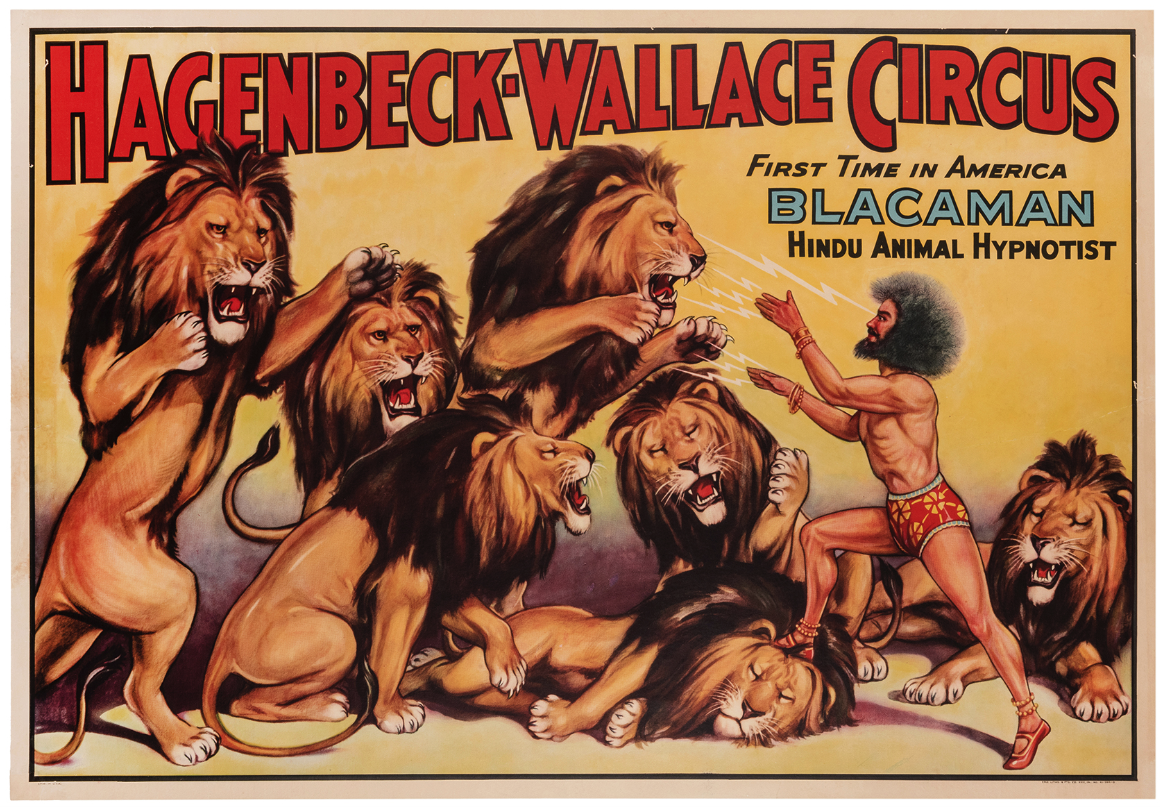 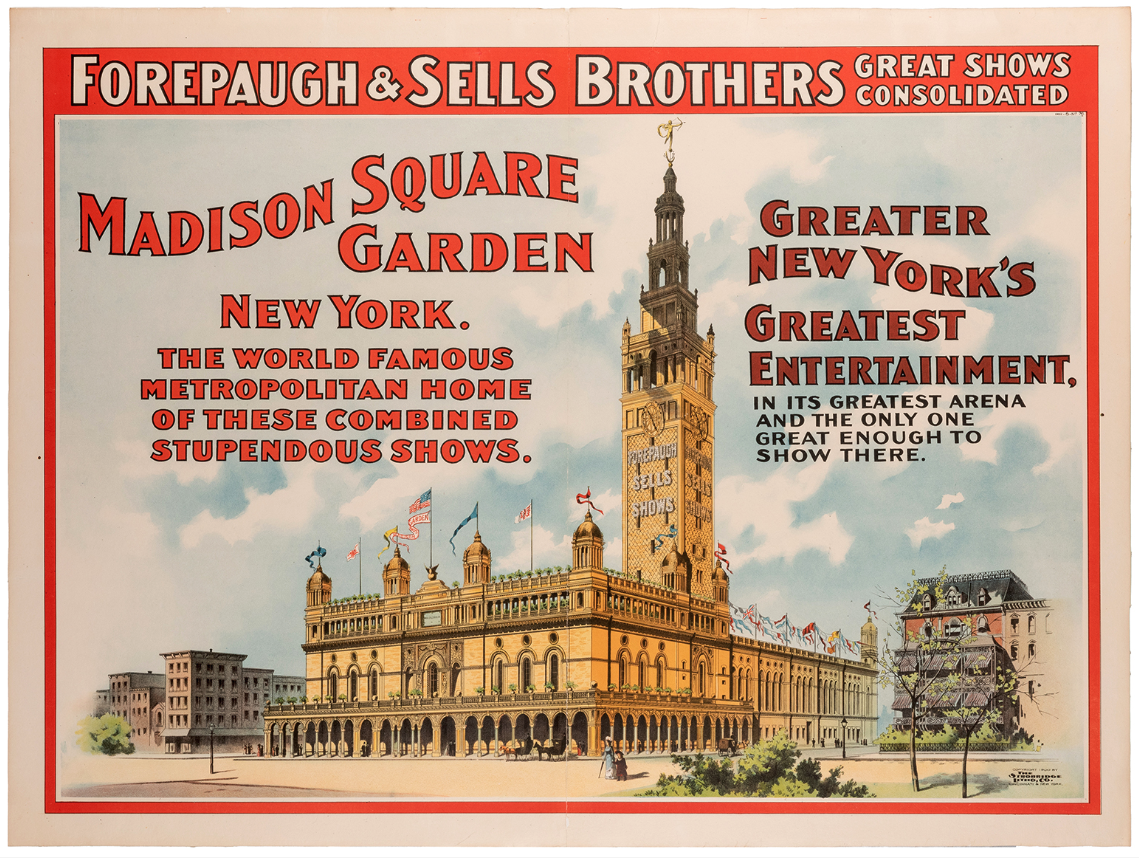 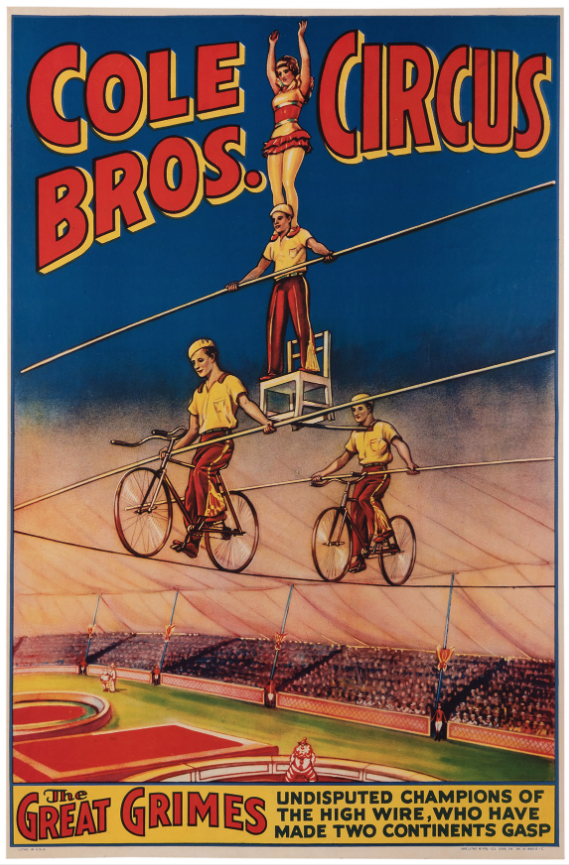 Cole Bros. Circus. The Great Grimes. Erie Litho, 1930s. Offset lithograph poster depicts the high-wire equilibrist act in which two men on bicycle balance a woman standing on the shoulders of a man on a chair. 40 x 26”. Mounted to Kraft paper. Old folds. Bright copy. B+. 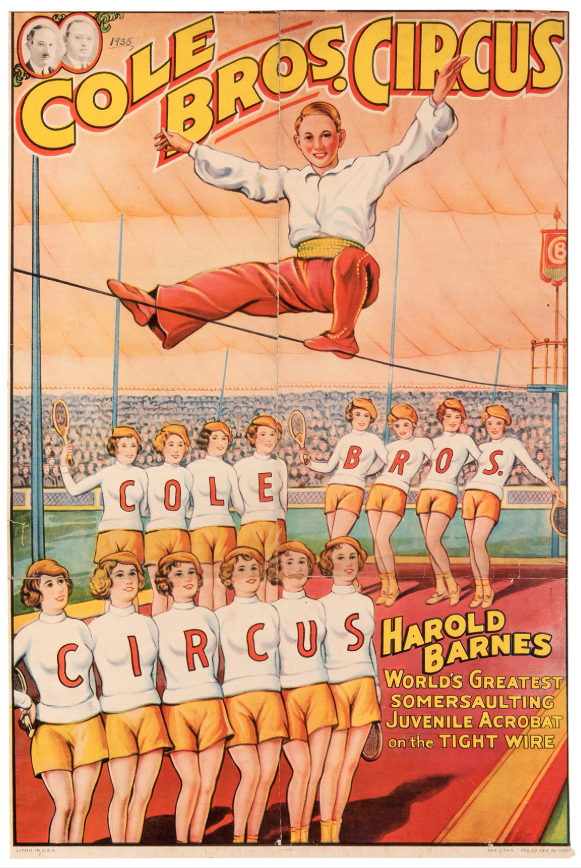 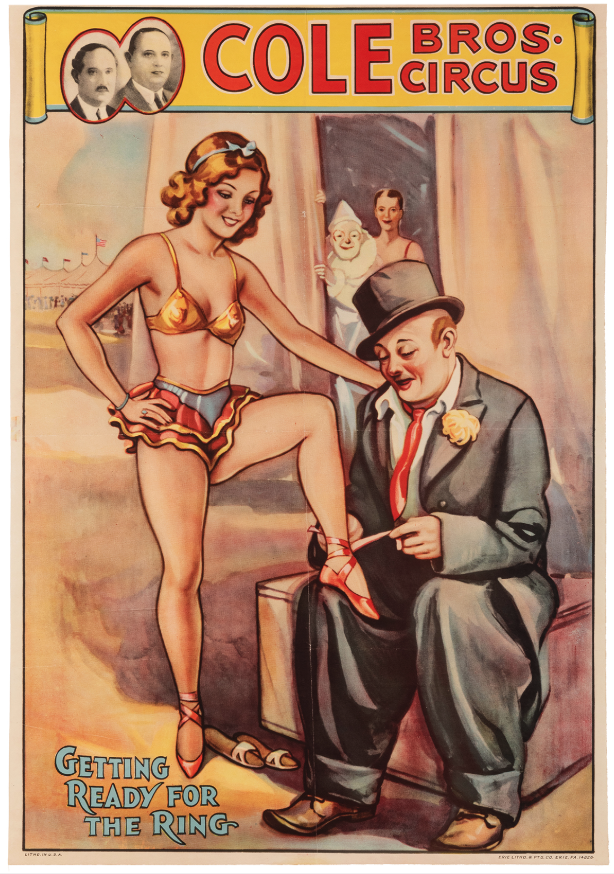 Cole Bros. Circus. Getting Ready for the Ring. Erie Litho, 1930s. Offset color lithograph poster shows a man in baggy suit tying the slippers of a beautiful woman of the circus, as a clown and acrobat watch from the tent. 27 x 18”. Mounted to Kraft paper. Old folds. B+. 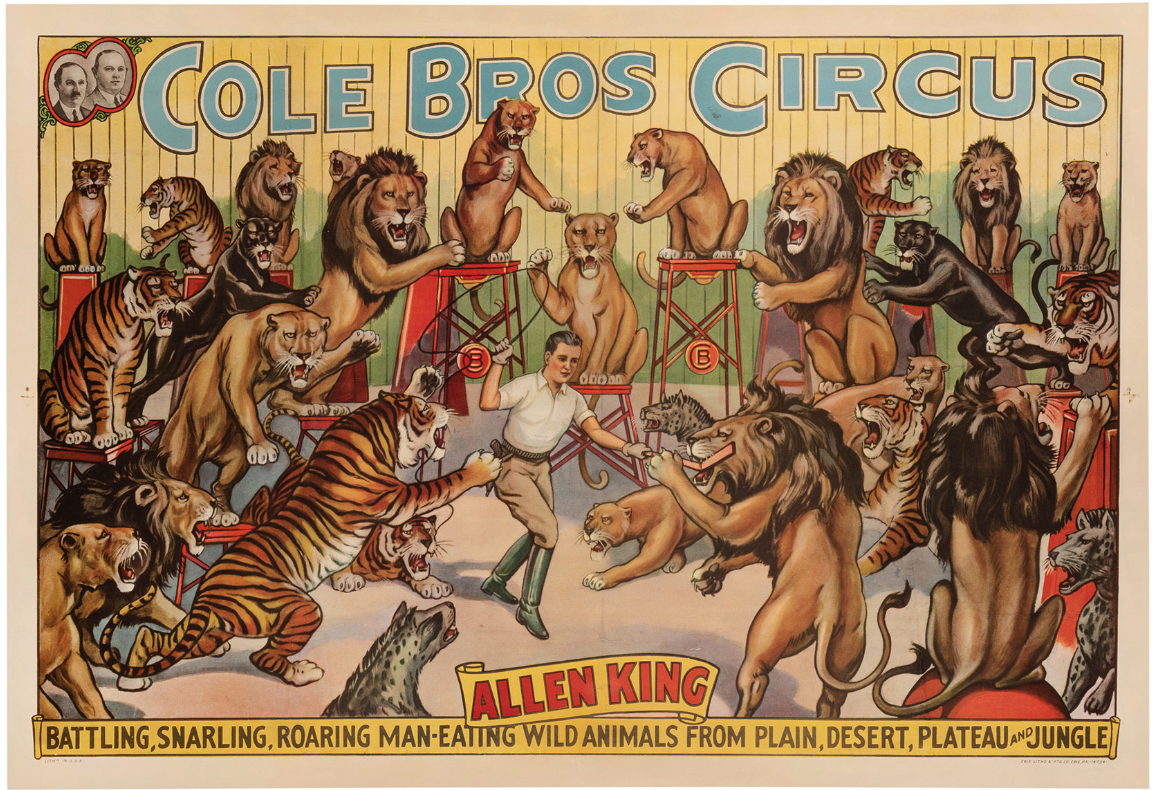 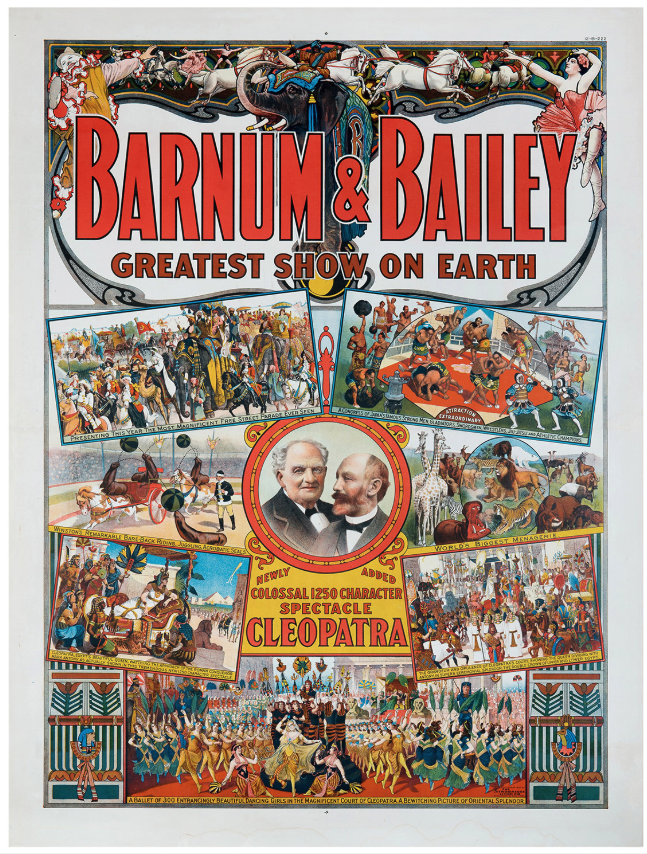 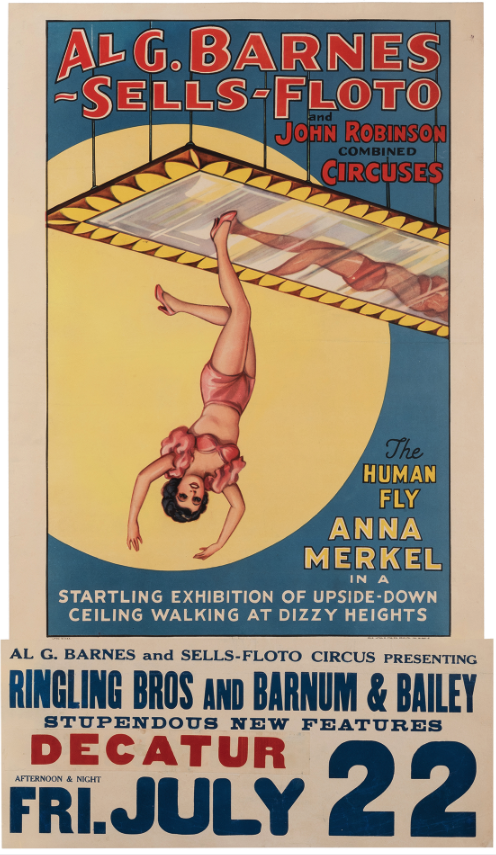 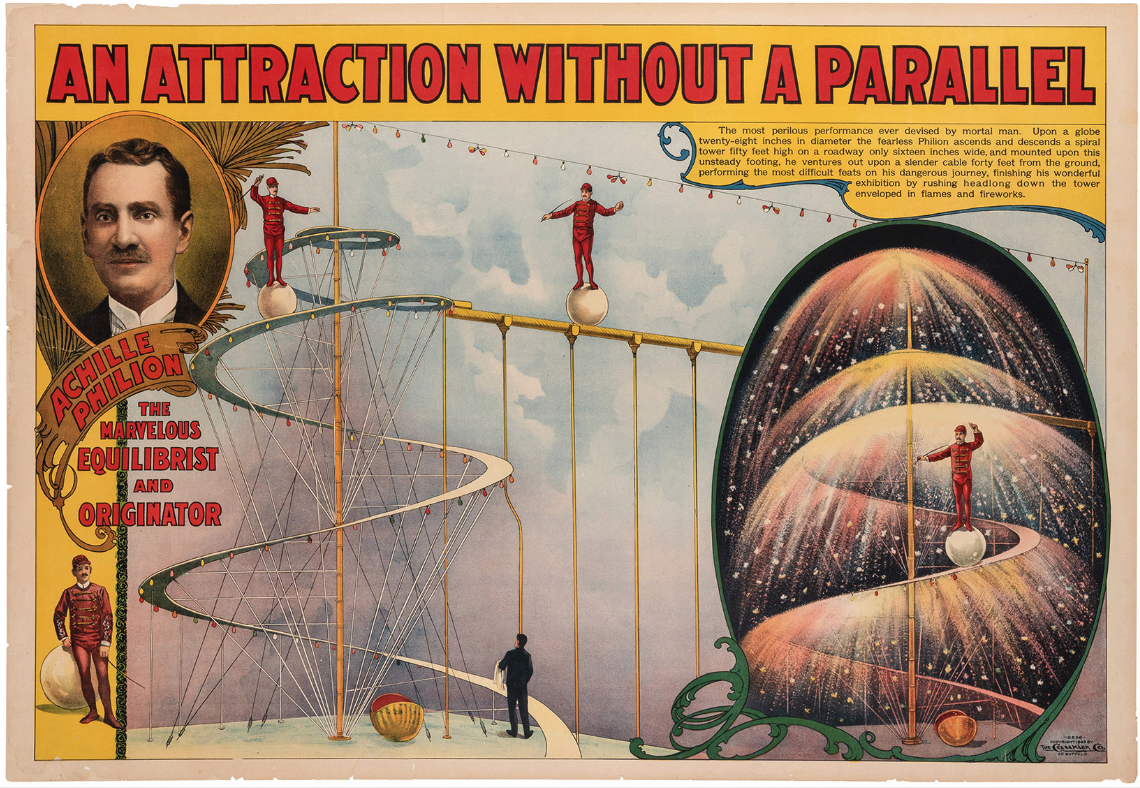 Achille Philion. The Marvelous Equilibrist and Originator. Buffalo: Courier, 1898. Color lithograph. 28 ½ x 42”. Older linen backing. Chipping and tears in margins, a few extending into image; restored losses in margins. B. Another version of the poster replaces “An Attraction Without Parallel” with the name of the circus Philion performed for, Adam Forepaugh and Sells Brothers. 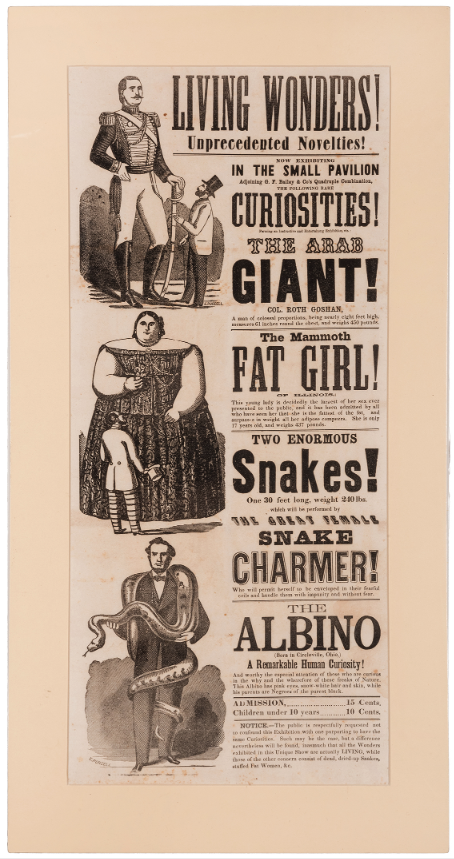 For more information and to bid go here! 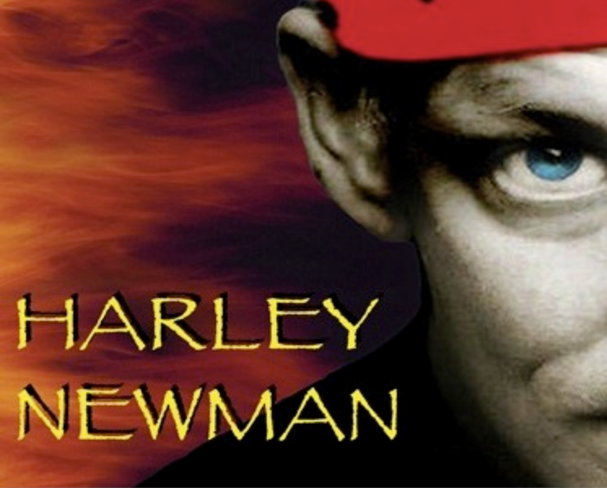 I thought it out and decided that 2017 needs a great start. So, I am reposting this great interview with ‘master stuntman’ and wonderful person Harley Newman. I caught up with him at the Ripley’s Believe It Not! Museum in Times Square, NYC during the World Sword Swallowers Day. Great fun!

‘Extreme Stunt Master’ – That is what Harley Newman has been called. After 40 years performing stunts and sideshow acts all over the world he talks about his work, beginnings and what it takes to do what it is that he does.
The 2 Part interview is an in depth look at an individual who performs world class stunts and discusses them and their impact on the culture we live in.
Part 2 is about the difference he sees between himself and others who would like to do what he does. Describing the heritage of his sword and then swallowing it for the camera.
Intelligent and funny as well.
~ ~ ~ ~ ~

I attended the ‘launch party‘ for this book at the ‘Morbid Anatomy Museum‘.

I ask Tim if he would be so kind to share some of the wonderful text with my readers. He agreed! 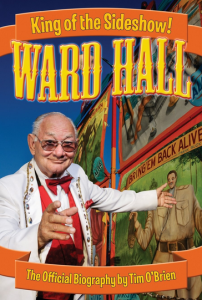 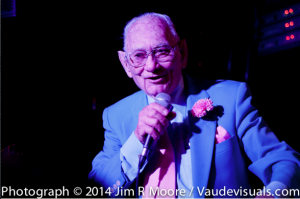 A recent photograph of Ward Hall doing his pitch. 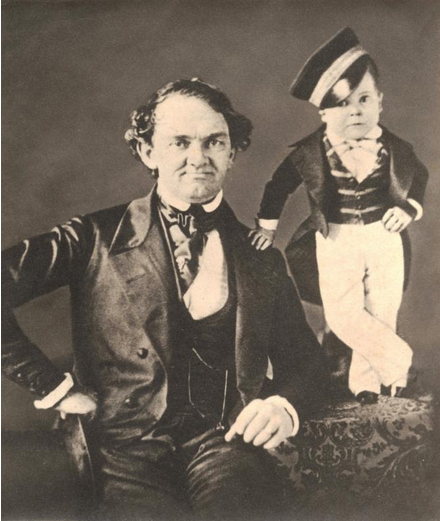 “In 1842, [P.T. Barnum had a chance encounter with] that miniature concoction, who was to make him rich beyond belief and famous beyond his wildest dreams. Four-year-old Charles S. Stratton was no bigger than a doll. All at once, at seven months, measuring 25 inches and weighing 15 pounds, the child had simply stopped growing. … Sherwood Stratton, the boy’s carpenter father, was only too happy to rent his little son out for a trial month at $3.00 a week plus room and board. … Barnum whisked the youngster away to New York City,  where speedily printed museum posters testified to the thorough Barnumizing Charles Stratton underwent; the four-year-old carpenter’s kid from Bridgeport had been transformed overnight into General Tom Thumb, an 11-year-old marvel just arrived from Europe and engaged at ‘extraordinary expense.’ … Barnum himself was the schoolteacher, training his small charge, first in manners, then in memorizing little quips and speedy comebacks, finally the words and actions for a number of dress-up roles he would play. … Tom, who was a natural mimic, would strike poses and in other ways imitate well-known individuals, including Cupid, Samson, a Highland chieftain, Hercules, an English fox-hunter, Frederick the Great,  and Napoleon. … From later-published scripts we know [how their routines] started off: ‘You being a general, perhaps you will tell us what army you command?’ ‘Cupid’s artillery,’ the General would reply. . …

“Instead of being bitter over his littleness, Tom seemed to glory in it, almost as if it were his own special blessing. He loved to strut out on the stage and show what he could do to an audience. … Of course, Tom’s childhood suffered from his full-time occupation as an adult. At five he learned to drink wine at meals, at seven to smoke cigars. … He loved money and hoarded it. … At the start of 1845, Barnum allowed the Strattons to become full partners in the Thumb adventure [and they became] ‘absolutely deranged with such golden success.’ …

“By 1862, Barnum was watching his wealthy Bridgeport neighbor Charles Stratton (alias Tom Thumb) sail his yacht and drive his thoroughbreds and smoke his imported cigars. … [Barnum soon added as an act] Mercy Lavinia Warren Bump [who] was a 21-year-old beauty from Middleborough, Massachusetts, [and] only 32 inches tall. … Tom Thumb took one look at the museum’s dainty addition and fell head over heels in love. … [Sixteen years later] in 1878, Lavinia’s sister Minnie died painfully while giving birth to a full-sized baby, not the miniature child she and her husband had expected. … [After this and another friend’s tragic death], Tom Thumb was never the same. … [In 1883] Tom died suddenly of a stroke at the age of 46.”