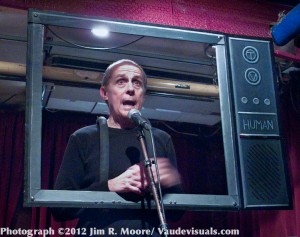 I met Stan many years ago performing in the streets of New York City. He has captured the insane fanaticism of current TV with comedy and satire in his act.

I found him performing recently at the wonderful Cornelia Street Cafe basement cabaret. Sharing the bill with another veteran street performer Poez.

I did a video interview with Stan and Poez. I will post Stan’s here with a short clip from his show as well.

Poez’s video interview will be in a separate posting soon.