Coffeehouse Chronicles #128 began with Dario D’Ambrosi performing an excerpt from his show “Tutti non ci sono”. at LaMama etc.
The event was a review of his work and the company he created TEATRO PATOLOGICO.
There was also a demonstration of ‘warm up’ and ‘acting method’ performed by members of the TeatroPatologico.
Dario D’Ambrosi has been part of the LaMama theatre community for 35 years. 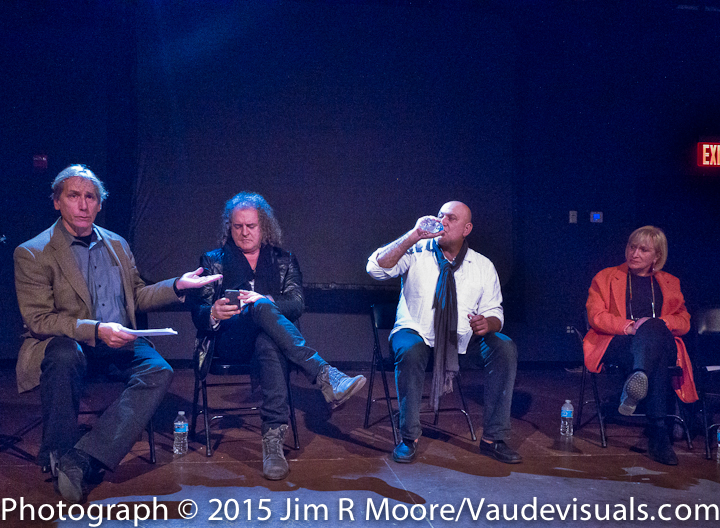 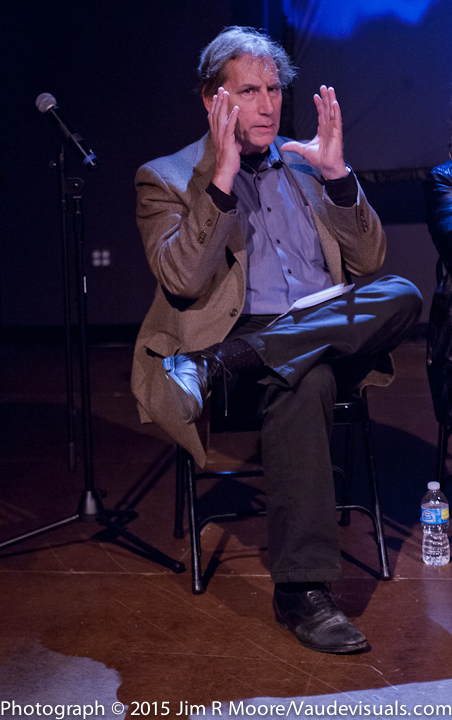 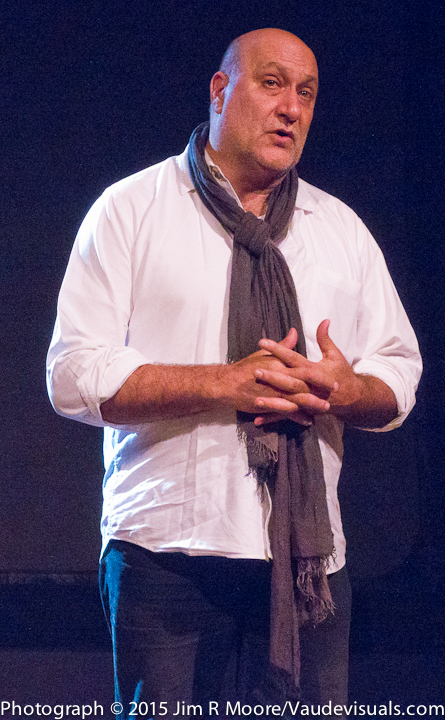 Dario D’Ambrosi began his relationship with Ellen Stewart 35 years ago. 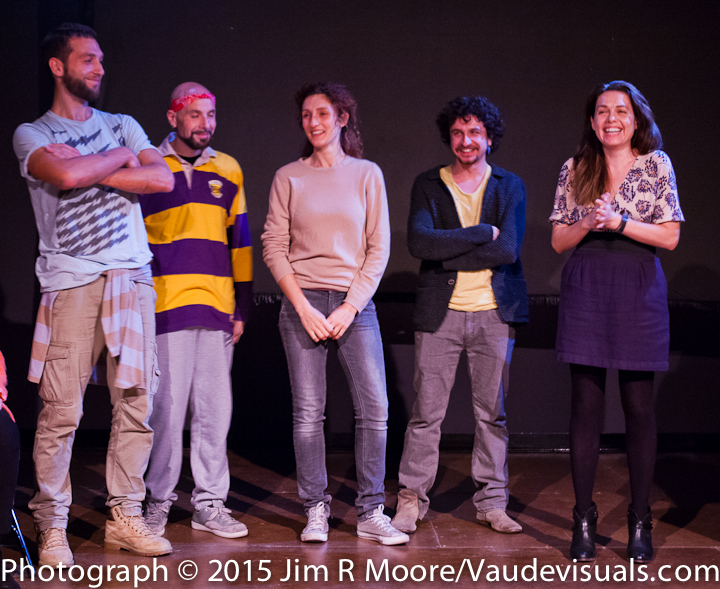 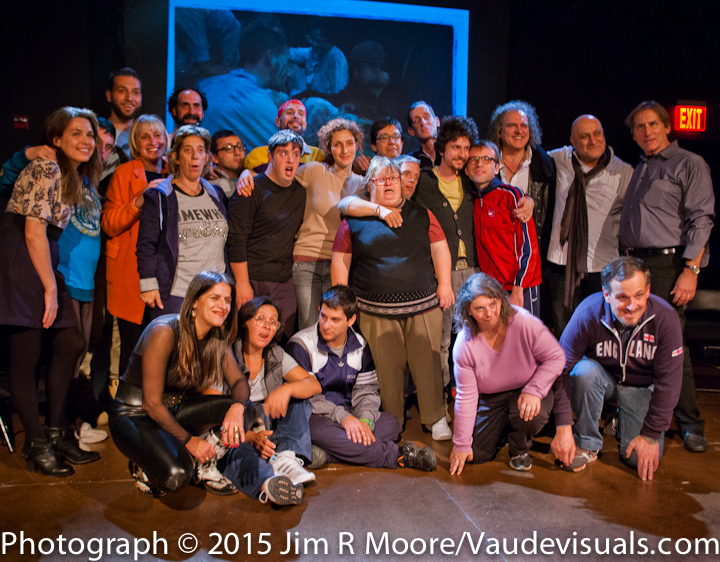 Dario D’Ambrosi and the Teatro Patologico with Coffehouse Chronicles staff and friends. 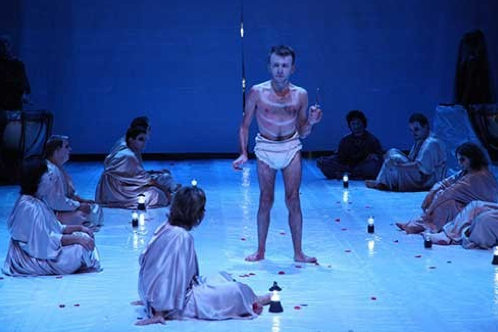 Still from the LaMama production of Teatro Patologico  ‘Medea’.