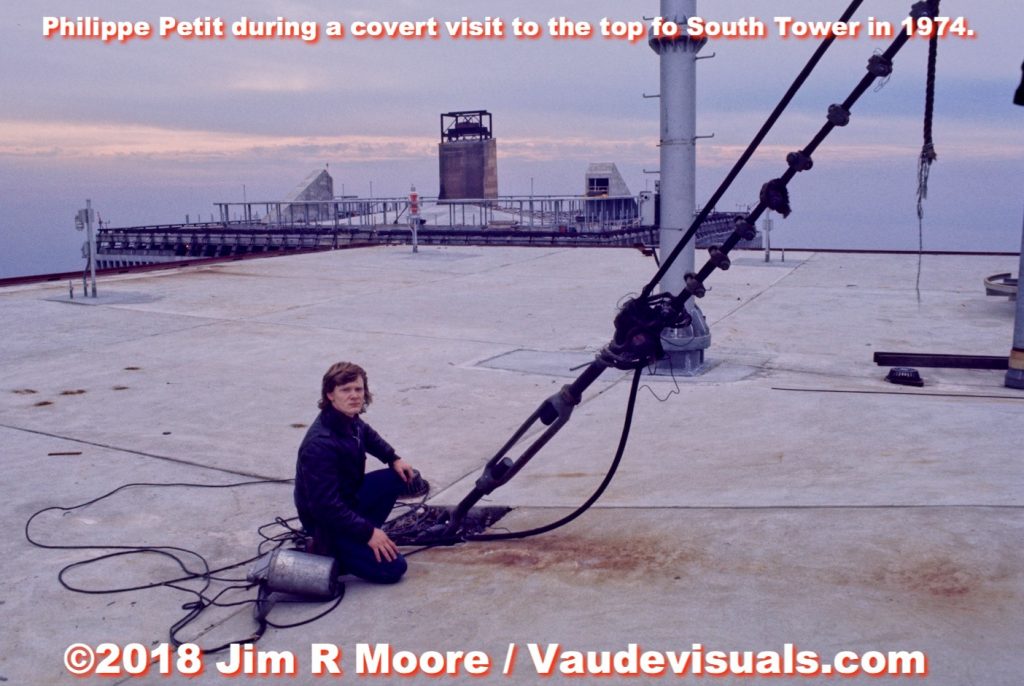 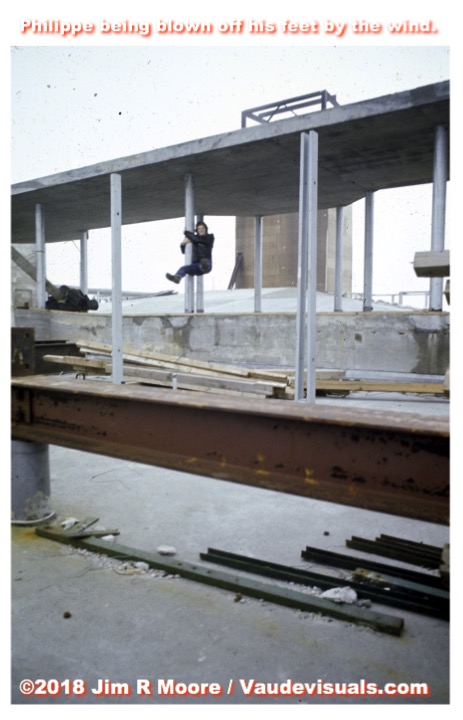 On one of our visits to the top, it was so windy I couldn’t believe Philippe wanted to go up there. We climbed the 110 flights and when we arrived on the top floor (below the roof) the wind was so strong that debris was flying all over and coming into the entrance we needed to use for access to the roof. We finally climbed the wooden ladder that led us to the roof (still unfinished concrete) and Philippe walked cautiously across to the other side of the roof. I remained near the entrance with camera in hand. A huge wind came and blew Philippe off his feet but he was able to hold onto one of the concrete columns and prevent from being blown away like a leaf in the wind. I was petrified! I had never seen Philippe walk on a wire before I agreed to help him with this crazy caper. The rest is history and with the help of Jean Louis Blondeau (pulling an attaching the cable from one tower to the other successfully!), Philippe was able to fulfill his dream of walking on a wire (1″ thick) between the North and South towers of the not yet completed World Trade Center. 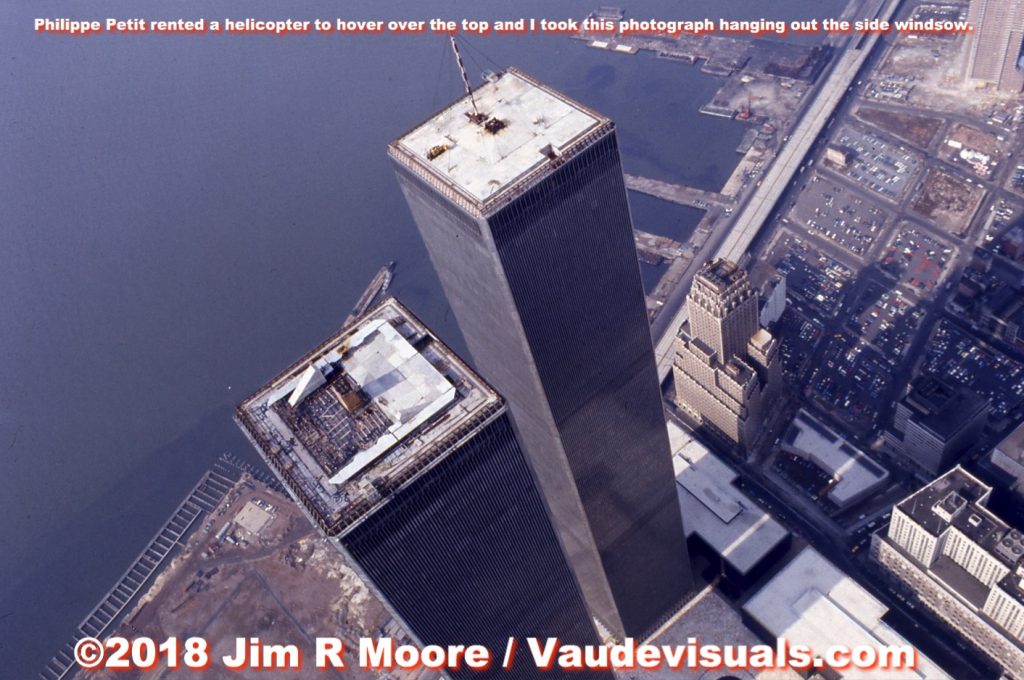 One of the scariest and mind-boggling things we did was to rent a helicopter service to fly over the top of the towers. I hung out the side window and took this photograph. We flew up the Hudson River and had spectacular views of the city and the towers. These photographs were used by Philippe later to plan the actual ‘day of’ strategy. 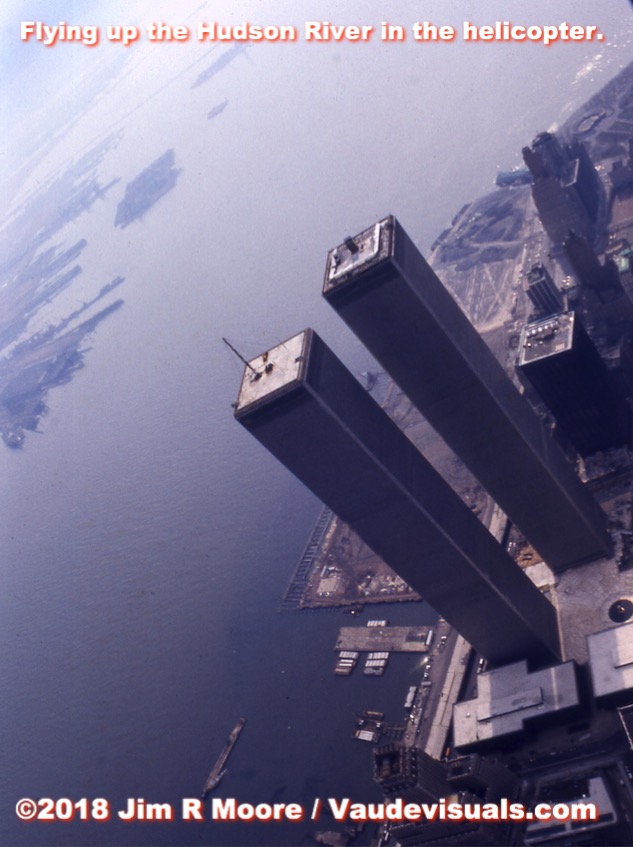 With the upcoming release of Robert Zemeckis’ 3D – IMAX film “THE WALK” I decided to repost this Anniversary post!
~ ~ ~ ~ ~

Having spent many months with Philippe Petit taking photographs in preparation of the August 7th high wire walk I have put together a few images to celebrate the 40th Anniversary. 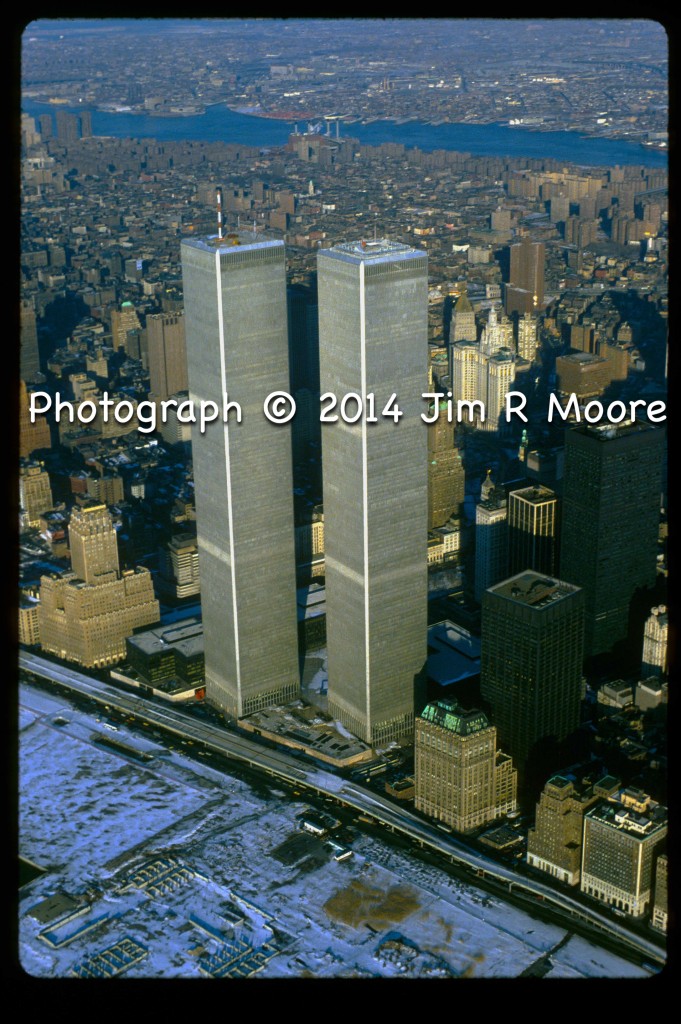 Petit and I rented a helicopter to photograph the towers from a higher prospective than being on the roof. 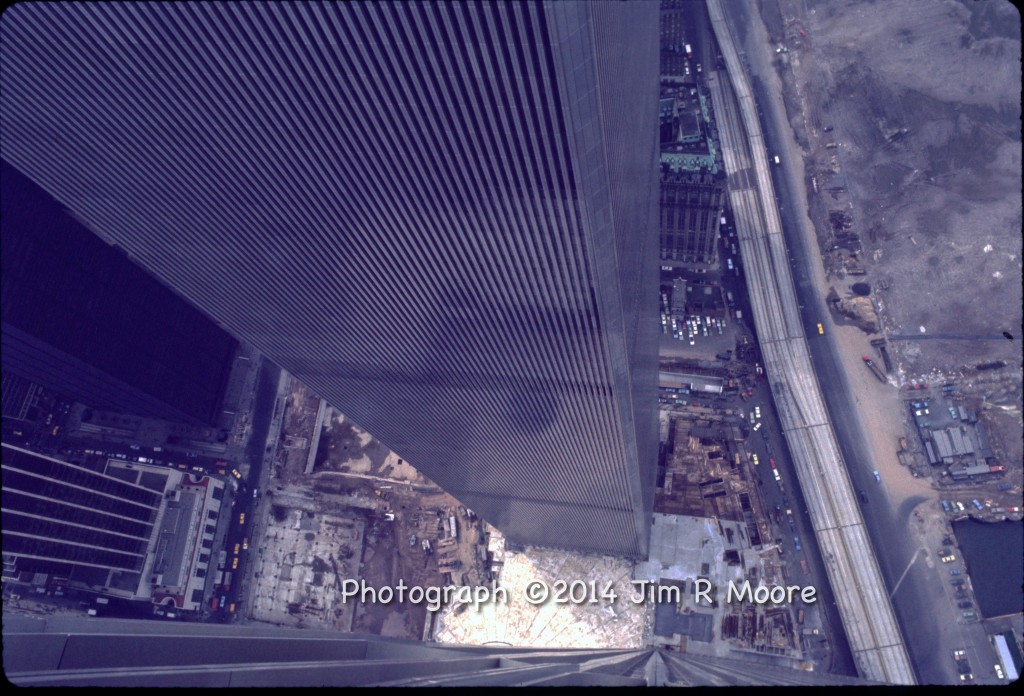 On many occasions when Philippe would come to NYC we would ‘sneak up’ the back stairwell and climb the 110 flights. I was able to get a great shot looking down from the top of the WTC. 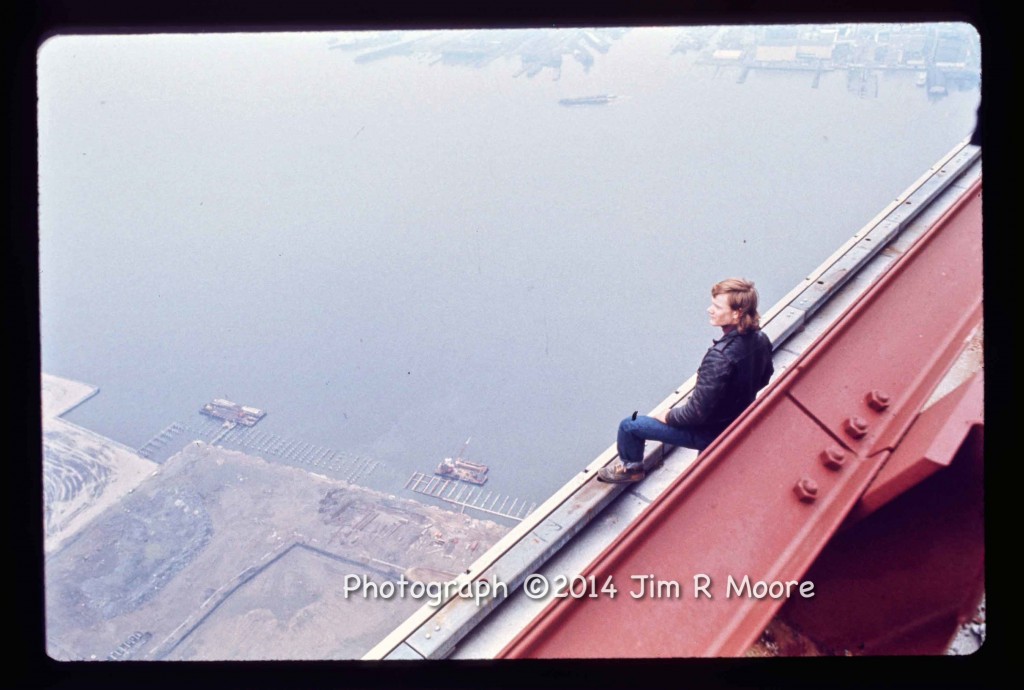 During our  visits to the top Philippe would make time to sit on the edge of the building and reflect on the distance and height that he would traverse on August 7th, 1974.