“Unruly on the surface yet deeply structured, DANCENOISE’s performances skewered, even eviscerated popular and media culture, with feminist fury, wicked humor and a good measure of gore.”
—The New York Times 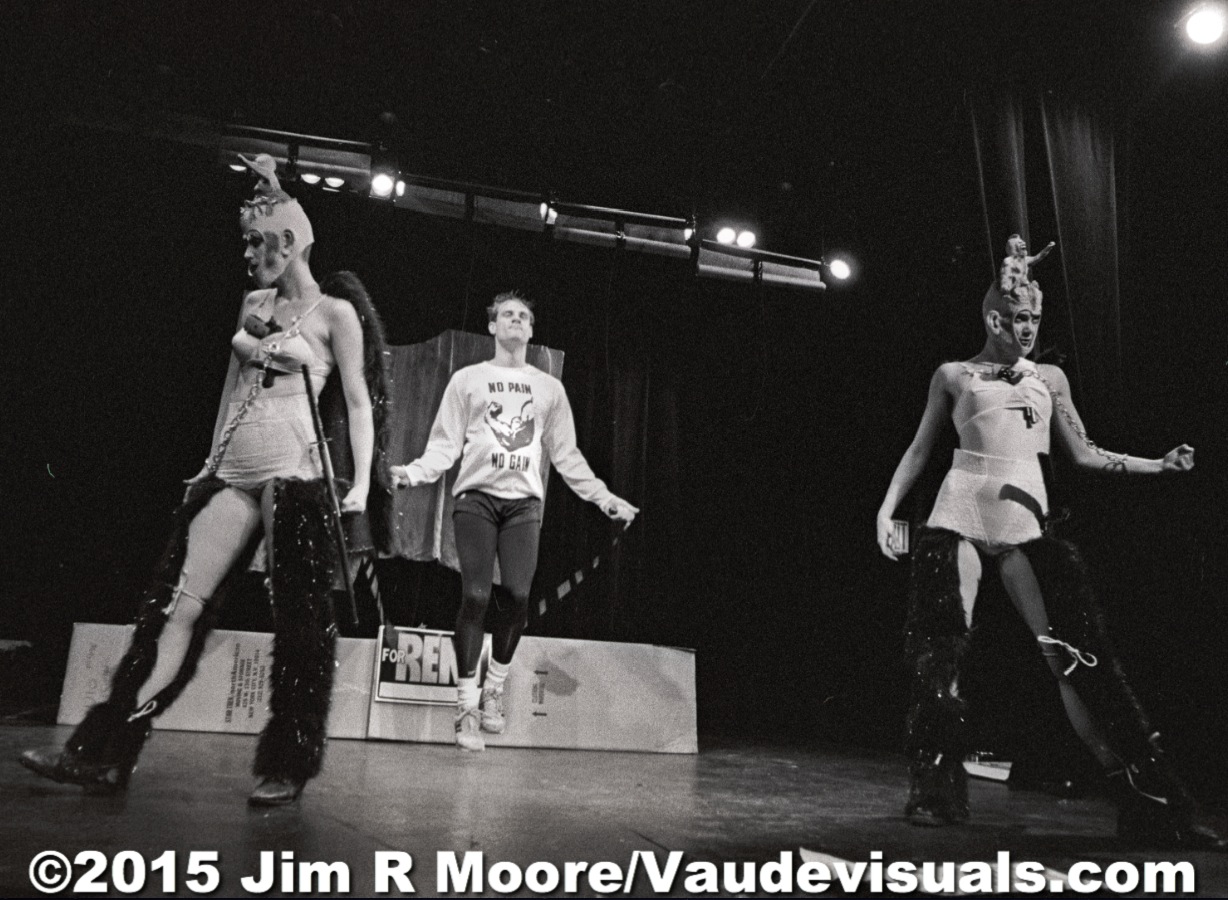 DANCENOISE makes havoc at the FULL MOON show at LaMama in 1989. 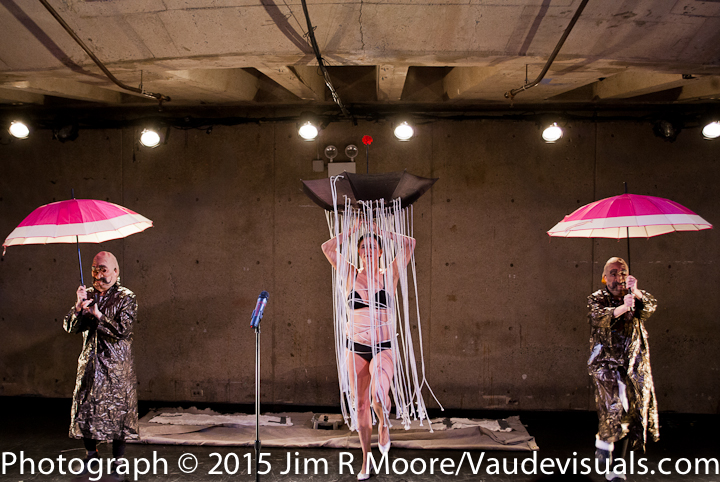 DANCENOISE performing at Abrons Arts Center  Jan. 2014 One of the Opening Scenes from the show.

Lucy Sexton takes a knife to her large turkey. 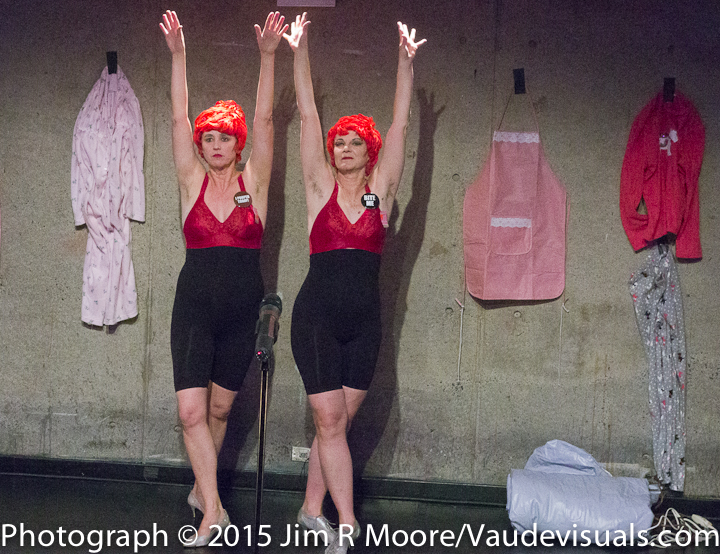 Lucy and Anne in a synchronous moment against the clothes wall at Abrons Arts Center. 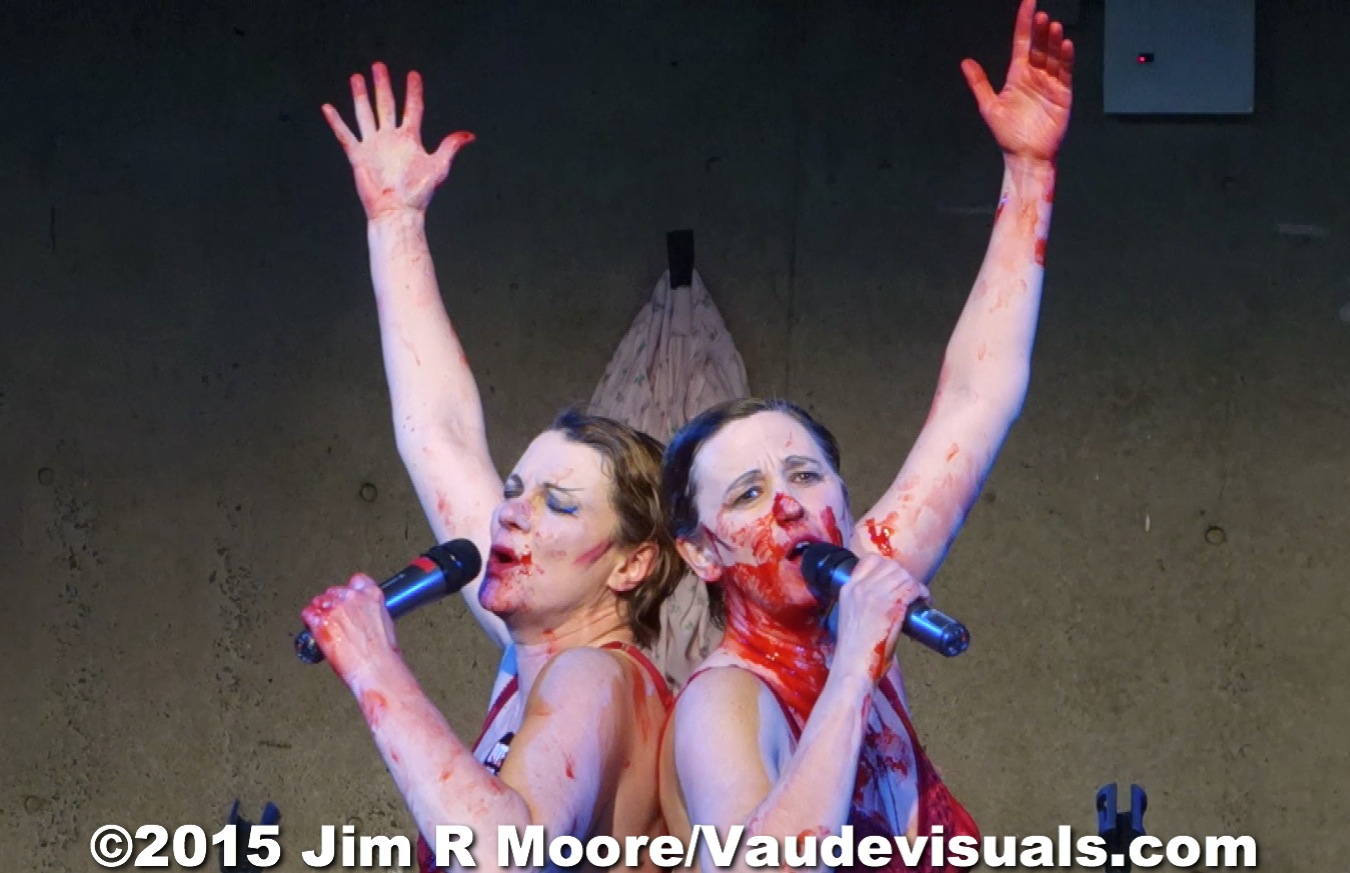 Anne and Lucy covered in blood finish off their duet song ‘Happy Together’ at Abrons Arts Center. 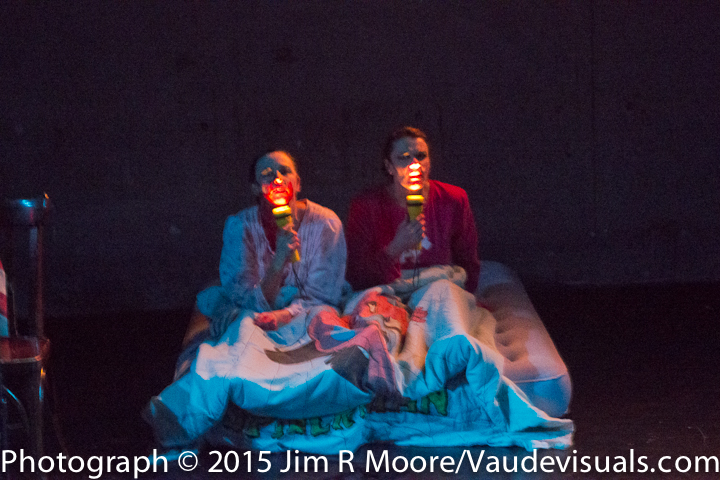 Lucy and Anne finish off the show under the covers with flashlight illumination only!

DANCENOISE performed a show at Abrons Arts Center on Jan 18th, 2014.
I was there to photograph and here is a video excerpt from the show.
They currently are preparing a NEW show for The Whitney Museum of American Art to accompany an exhibit of photographs documenting their work in downtown NYC in the 1980's.

DANCENOISE: DON'T LOOK BACK is being shown from July 22nd thru 26th.