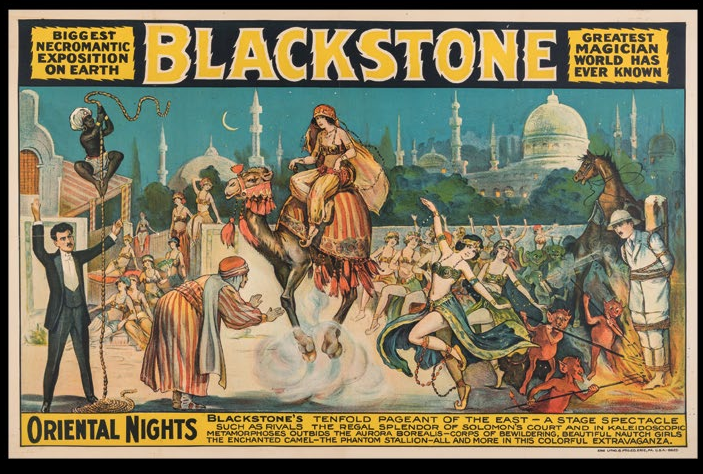 Harry Bouton Blackstone (born Henry Boughton; September 27, 1885 – November 16, 1965) was a famed stage magician and illusionist of the 20th century. Blackstone was born Harry Bouton[1] in Chicago, Illinois,[2] he began his career as a magician in his teens and was popular through World War II as a USO entertainer.[3] He was often billed as The Great Blackstone. His son Harry Blackstone Jr. also became a famous magician. Blackstone Sr. was aided by his younger brother (2 years younger) Pete Bouton who was the stage manager in all his shows.[4]Blackstone Sr. was married three times. Blackstone Jr. was his son by his second wife.

This auction presented by auction house Potter & Potter is enormous! I have posted quite a few unique items and a link to the auction catalog. 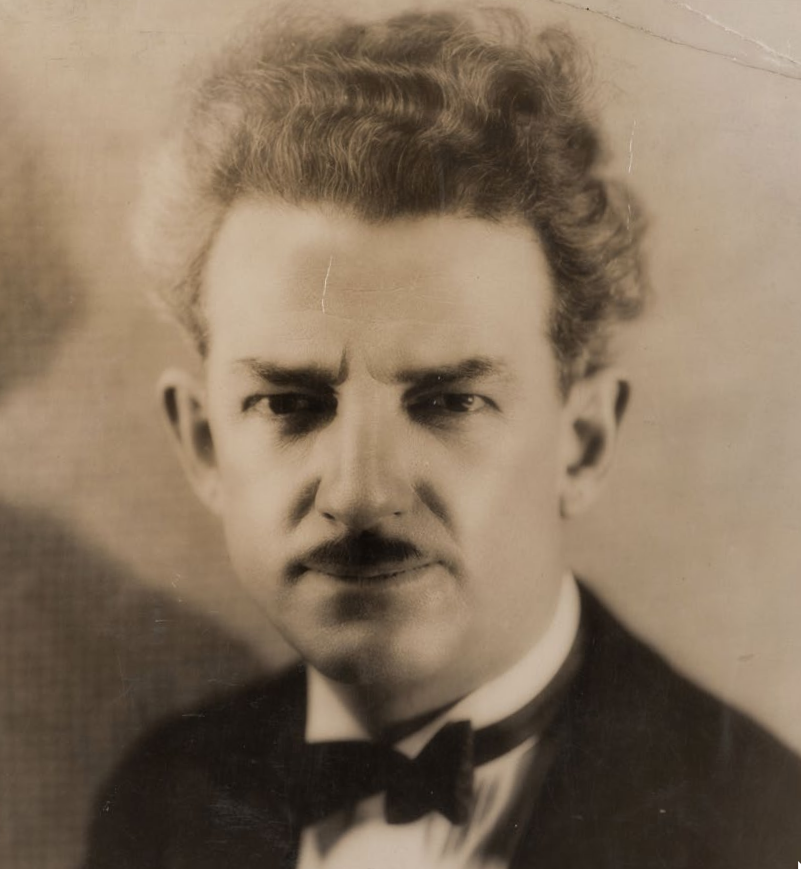 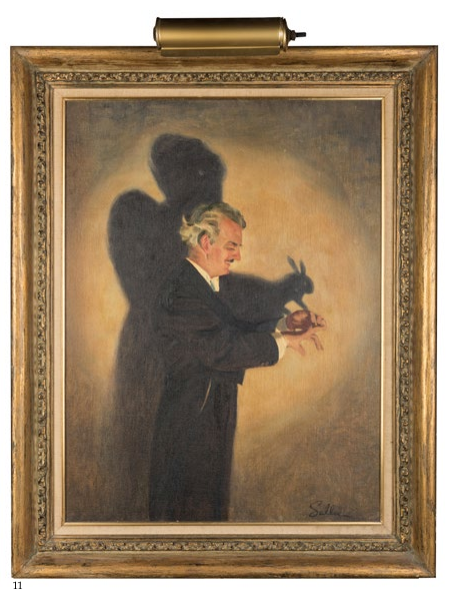 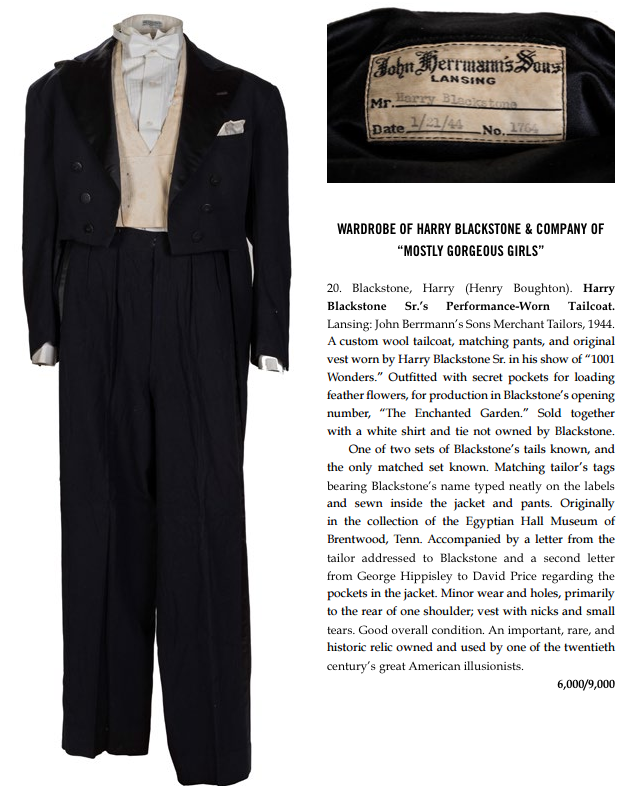 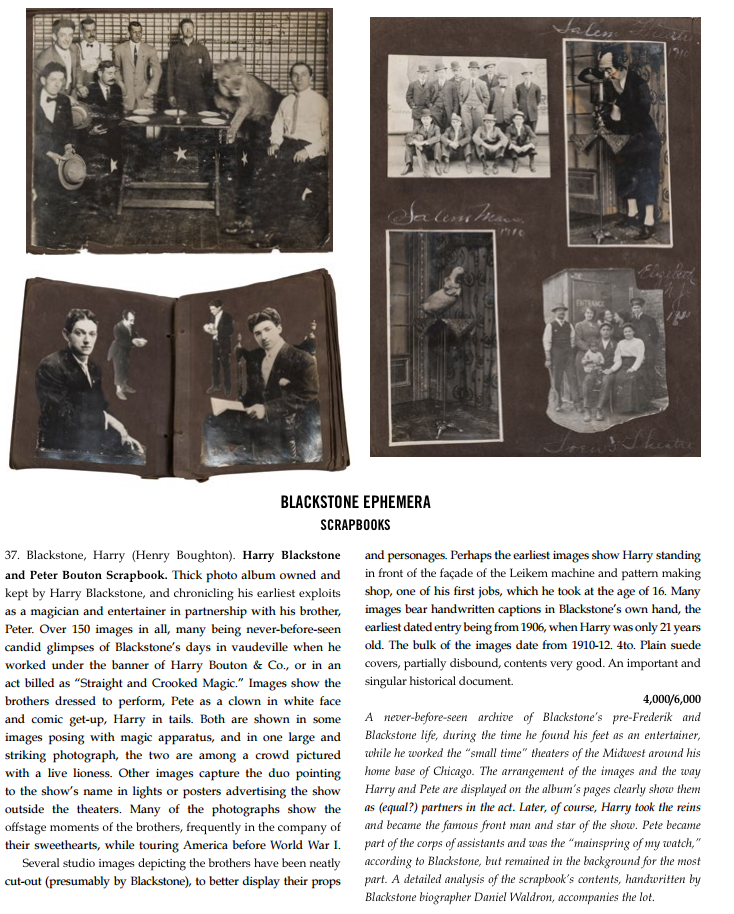 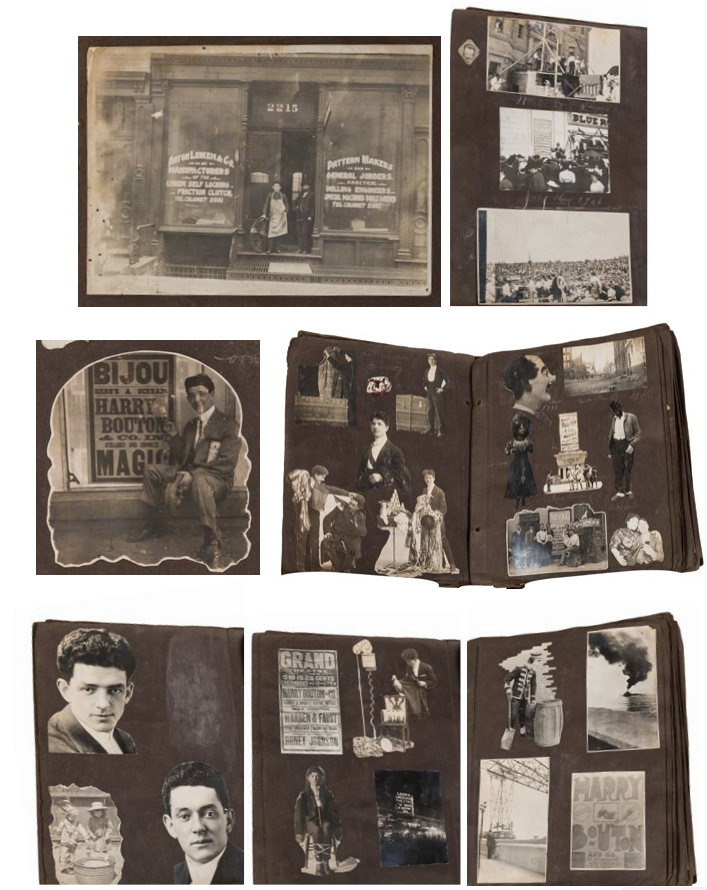 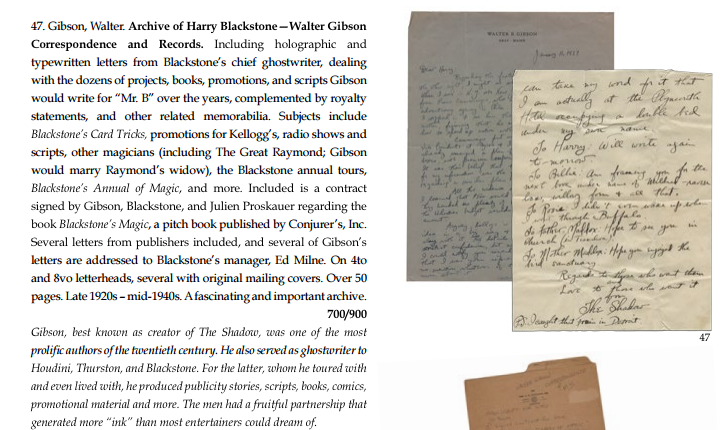 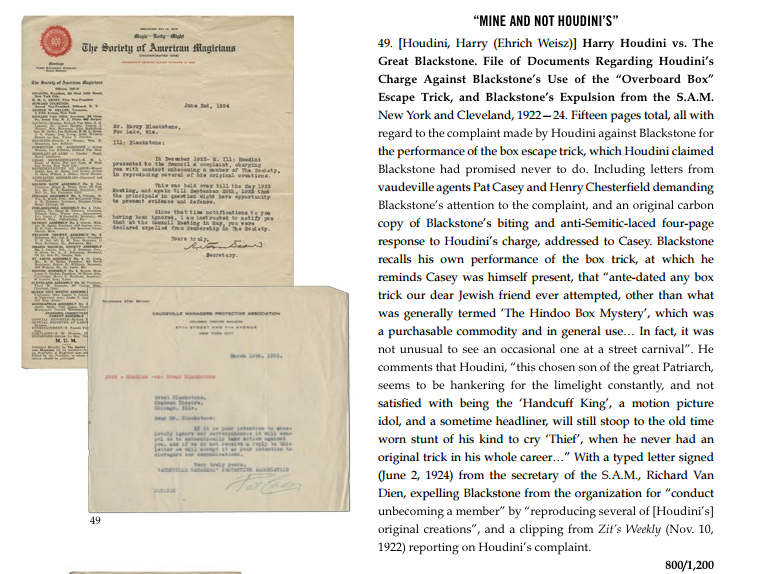 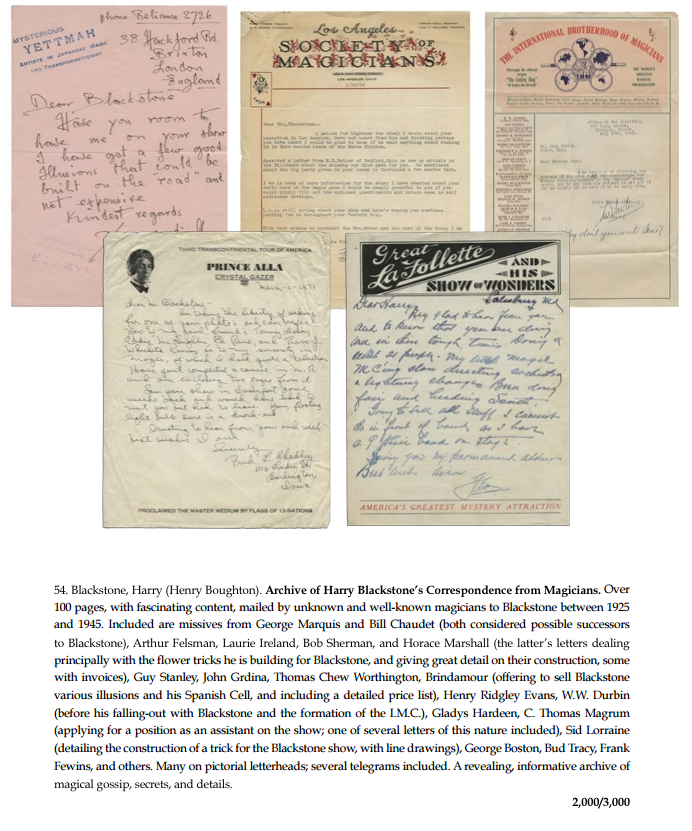 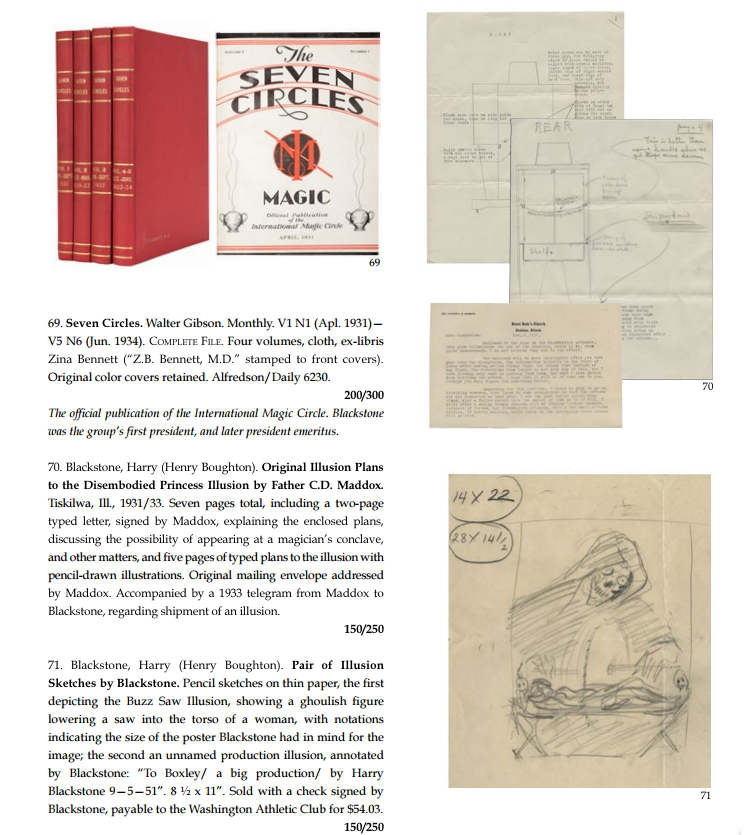 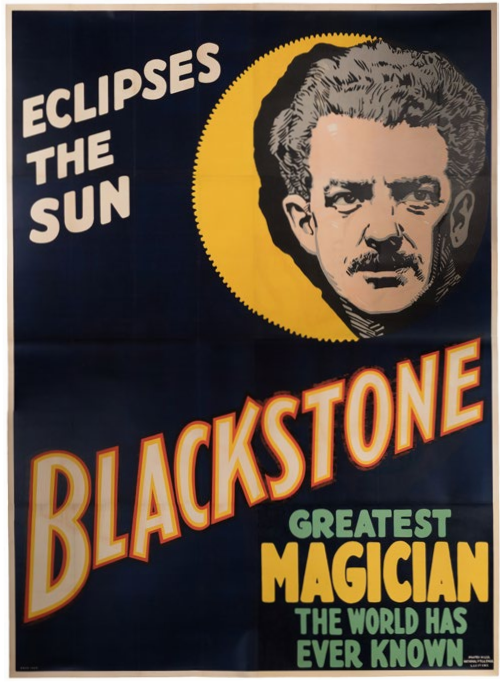 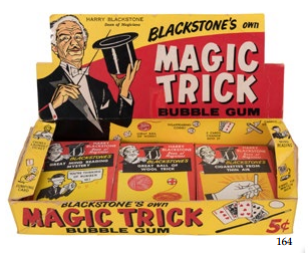 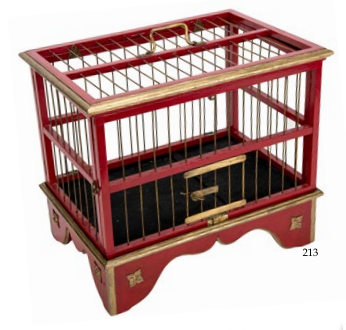 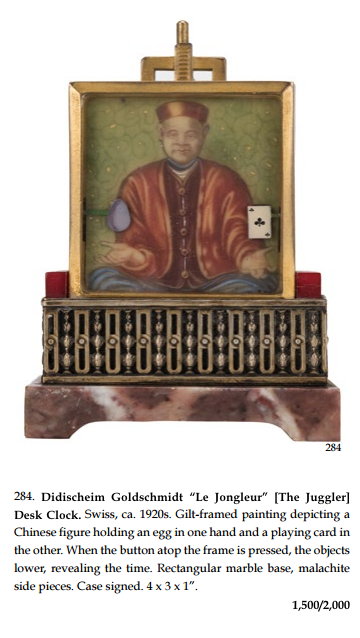 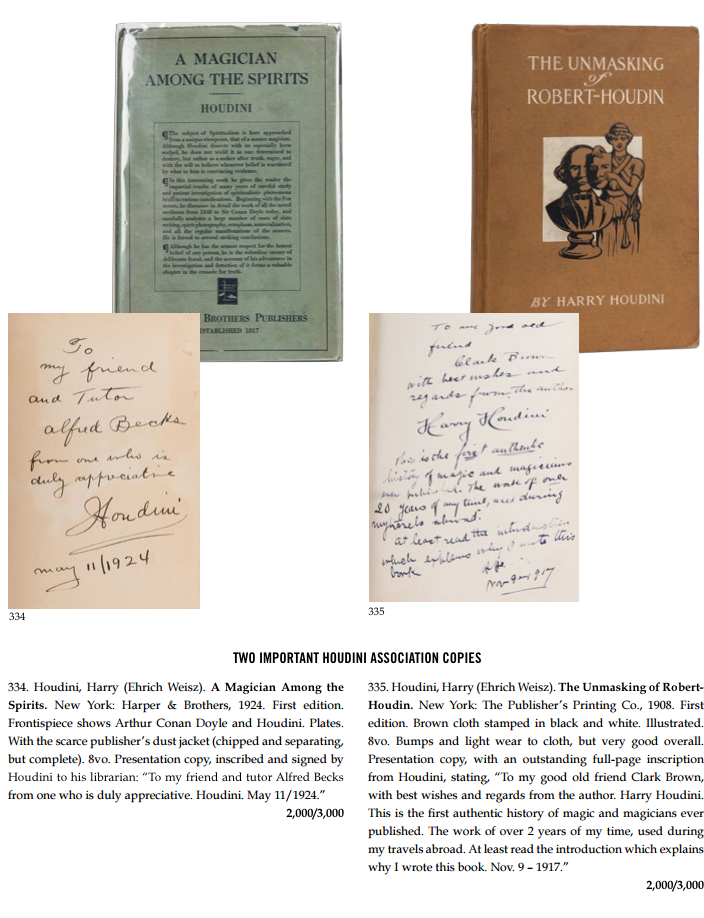 There are hundreds of other items up for auction in this unique collection of magic ephemera. Here is the link to the catalog.