For his 3rd year in a row success, Bello Noch presents his new production BelloMania. 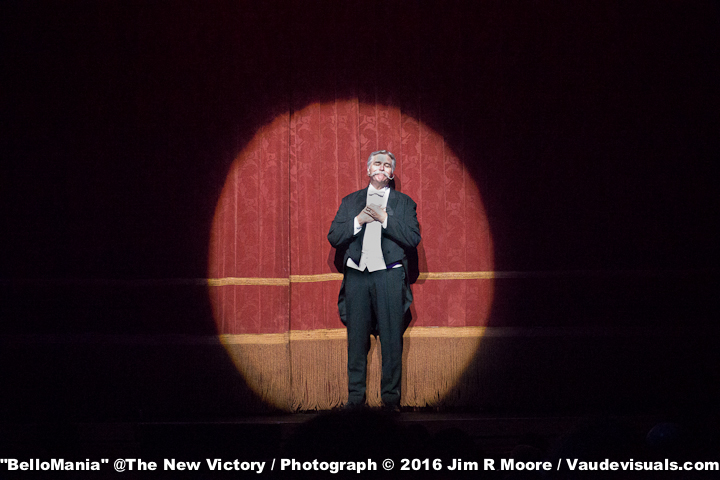 Show Host Dinny McGuire kept the show moving along with charm and finesse. 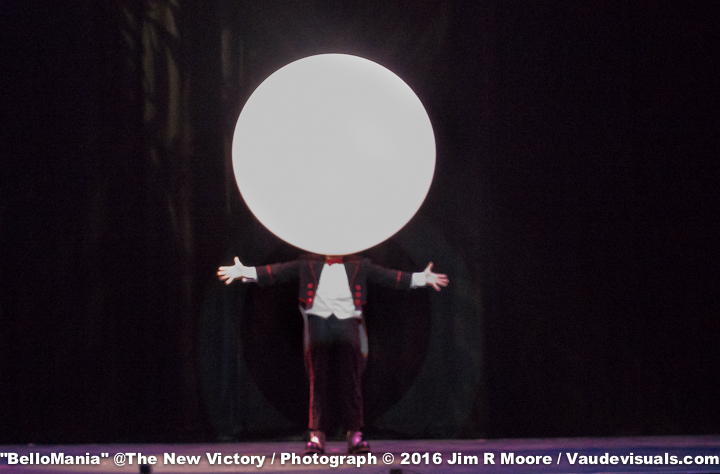 Bello starts the show off with a ‘big head’ balloon stunt. 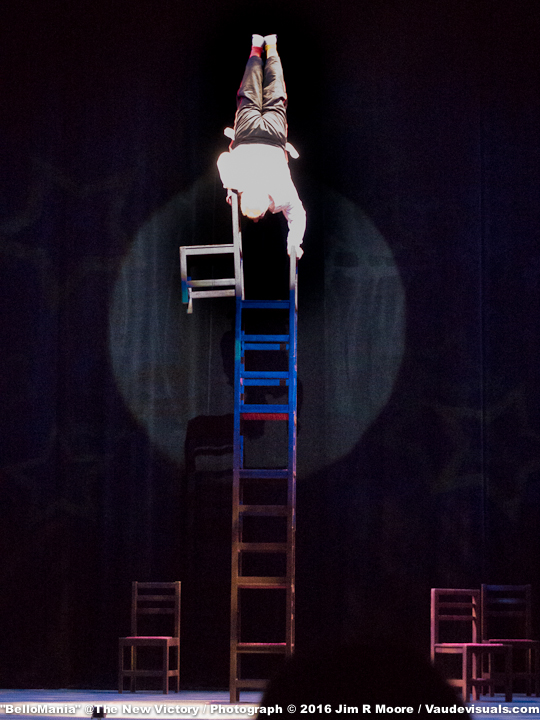 He followed that will a lovely ‘chair production’ routine followed by this skillfully accomplished hand balancing act. 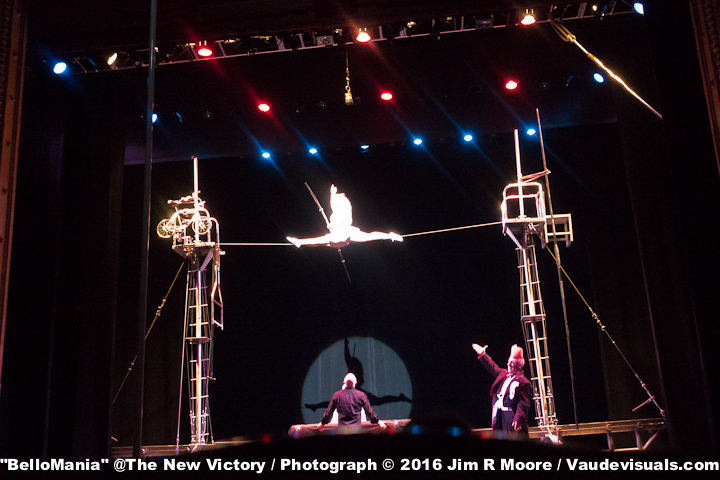 His daughterAnnaliese Nock did a beautiful split on the tightwire. 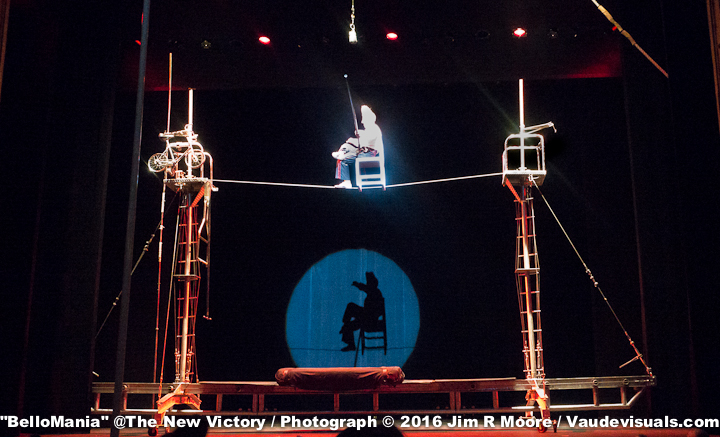 Bello proceeded to walk on the tightwire and not only sit but STAND (not pictured here)on the chair on the wire. 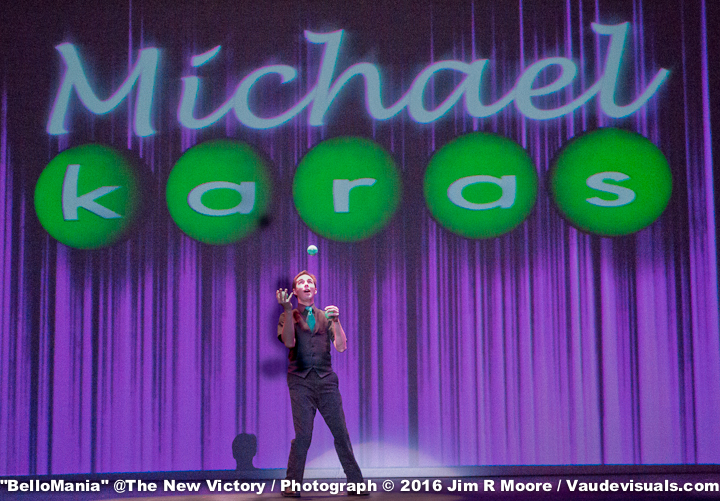 Michael Karas performed a skillful and creative juggling act with rings. balls and a puppet! 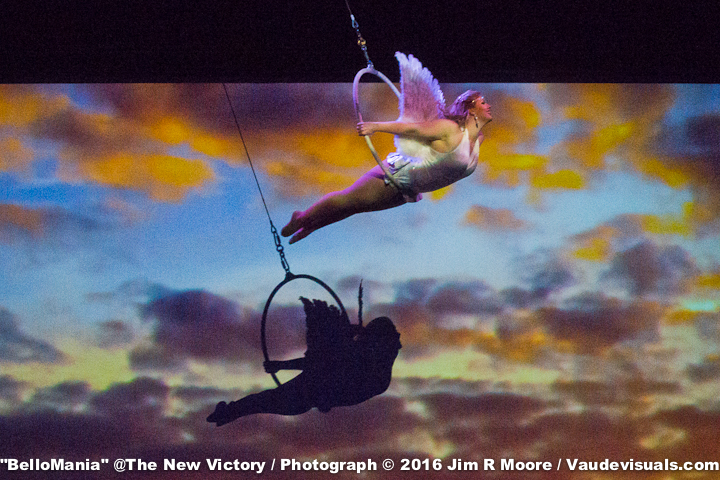 Annaliese performed many stunning aerial feats and with this beautiful projection, it looked heavenly. 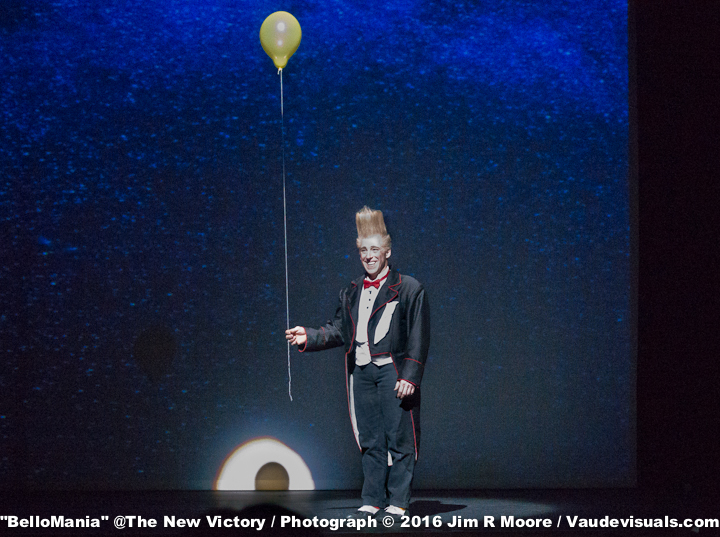 The show had many wonderful moments. Bello talked to the audience about the pride he has for his circus family. 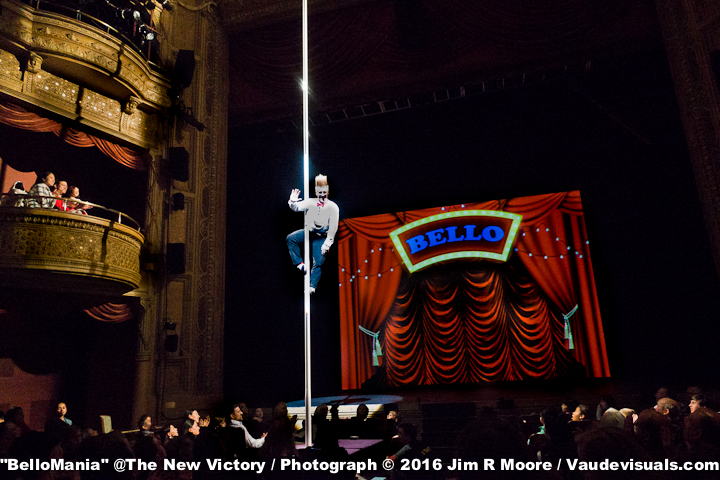 The audience had to look up when Bello began to climb ‘the sway pole’. 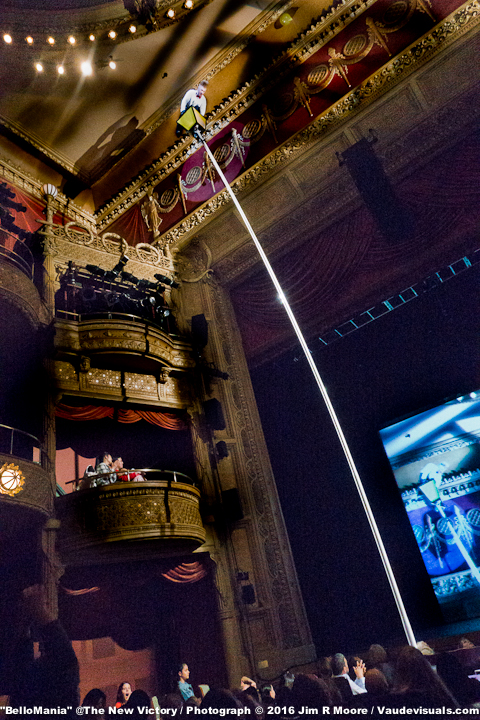 High above the audience on the sway pole with his hair touching the New Victory Theatre’s ceiling. 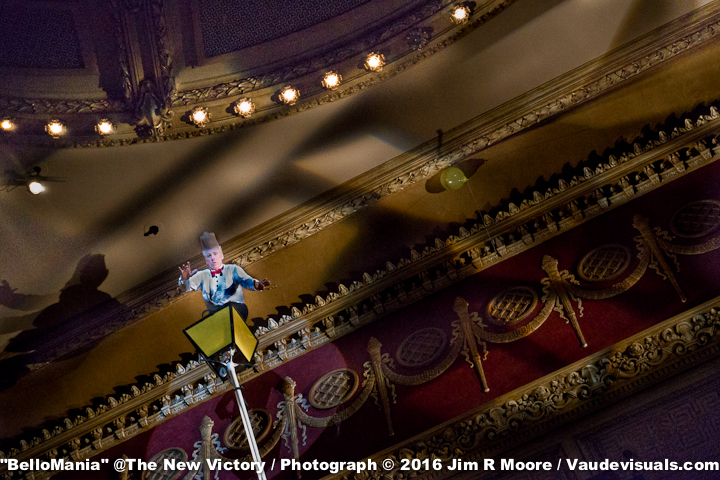 A real ‘comic daredevil’ for sure. Time Magazine calls him “America’s Best Clown”. 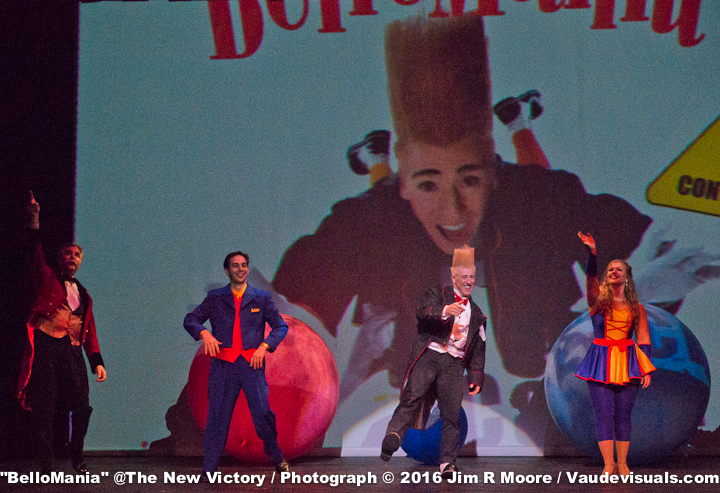 Curtain call for the cast of BelloMania at The New Victory Theatre. Great fun!

For more information on Bello Nock and his work go here.