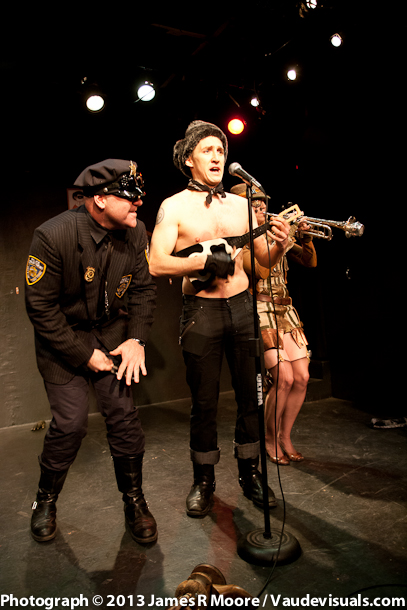 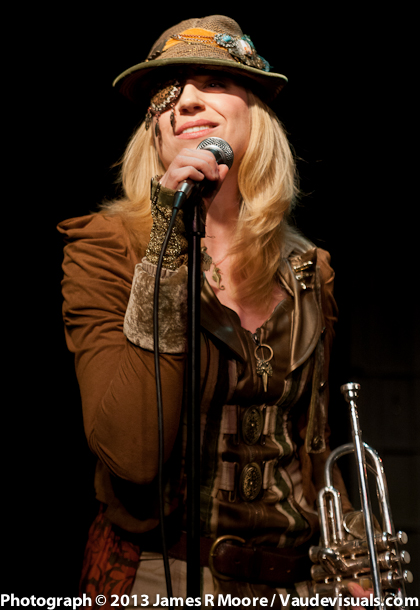 Jennifer Harder plays the trumpet and sings a few songs in the show. 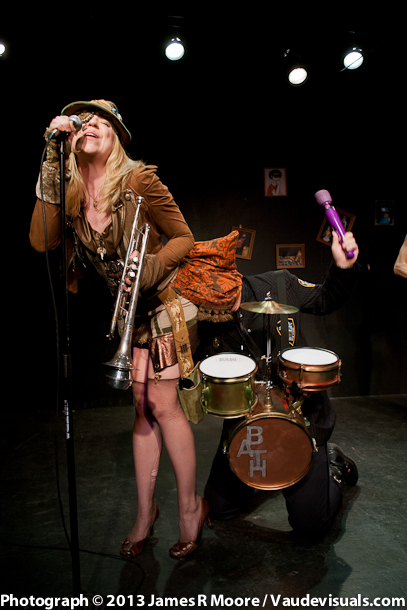 Glen Heroy tries to find paradise with a tool of the trade and Jen is enjoying every minute. 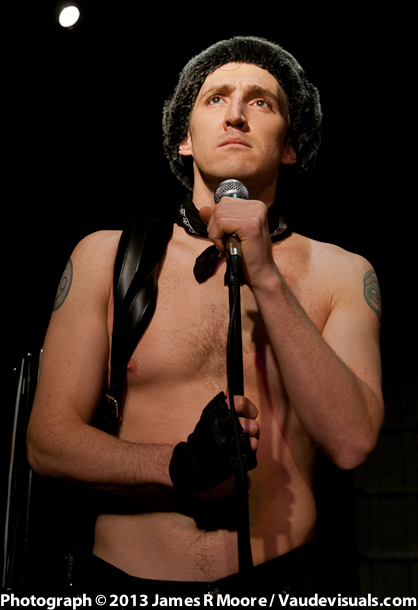 Charley Layton looks up at the height of the bear in disbelief. 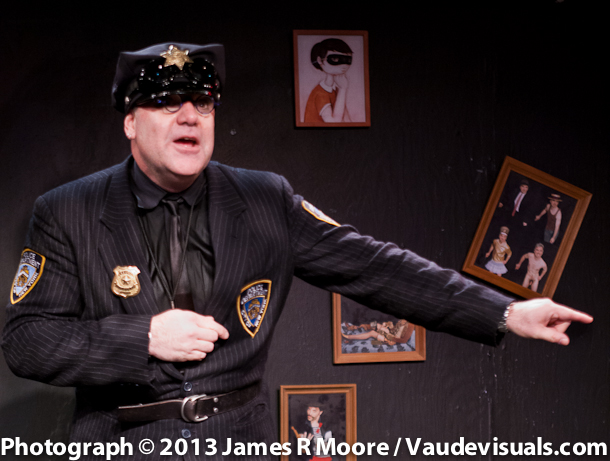 Glen Heroy is hysterical as the police man. 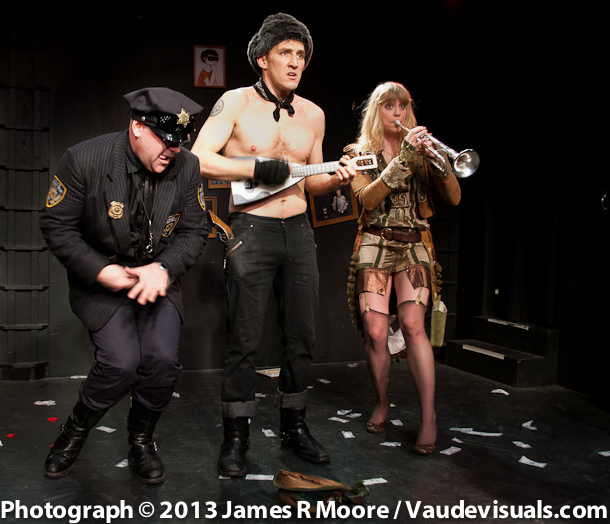 Bathtub Jen and the Henchmen was a riot of laughter.

Directed by the Ensemble, Fight Choreography by Adam Swiderski

Bathtub Jen is based on Bathtub Jen, a character originally created by Chris Van Strander