Not to get reminiscent about the past but here is an article published in Dance Magazine in April 1983. 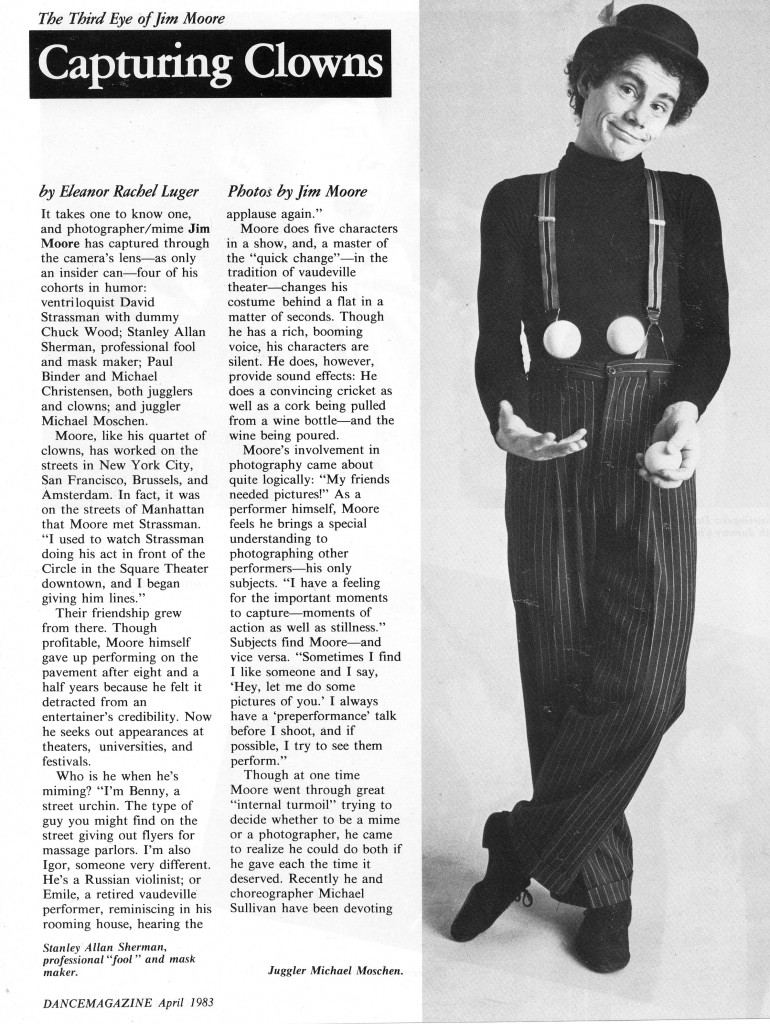 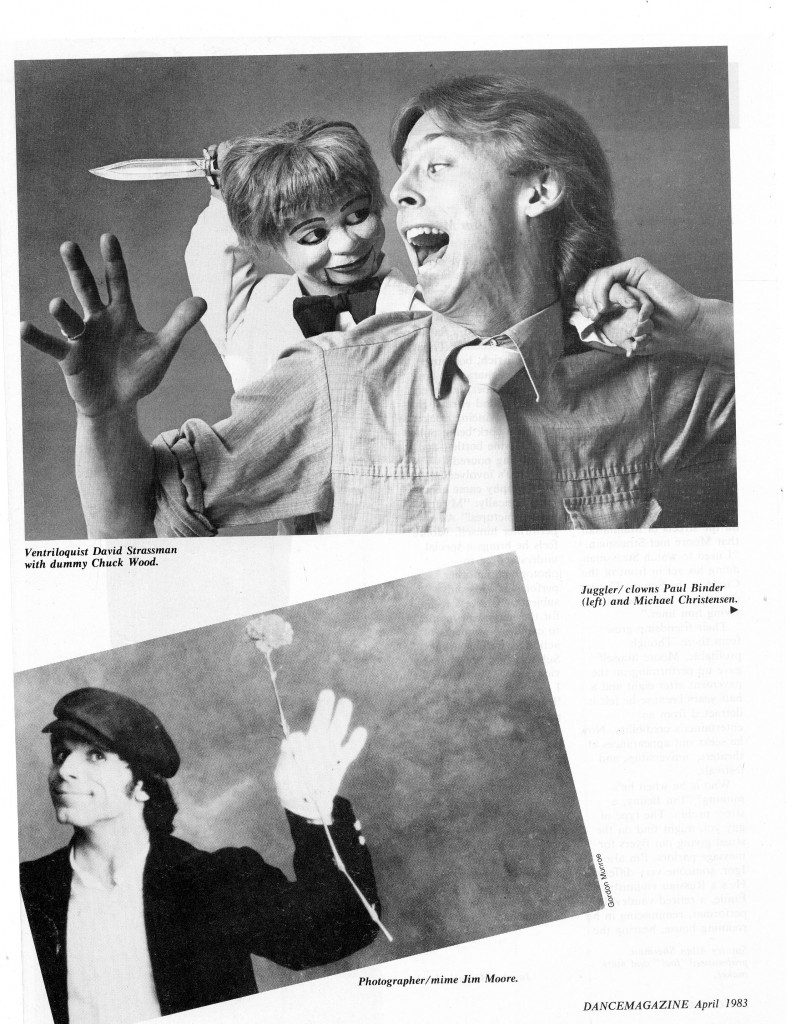 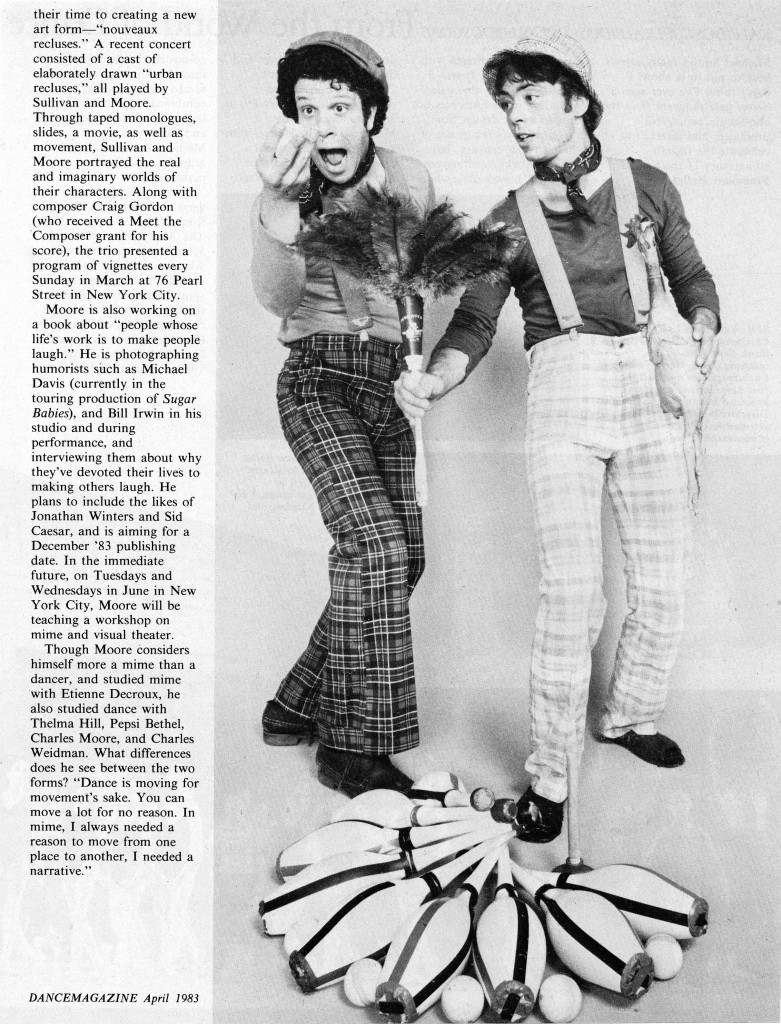 Most of my work at the time was done in studios since I was working a ‘night shift’ job at a photo lab and had access to rental studios.

Second is ventriloquist/actor David Strassman taken with his friend ‘Chuck Wood’. David has created some brilliant videos and inventions in the ventriloquist genre.

The third picture is one of the first photographs taken of Big Apple Circus founders Paul Binder and Michael Christensen upon their return to New York from traveling thru European circus juggling as a duo.

Portrait photographer Gordon Munro took the photograph of me with the flower.

The Vaudevisuals Bookshelf - Groucho Marx: The Comedy of Existence