Keith “Bindlestiff” Nelson warms up the audience as the Opening Act. 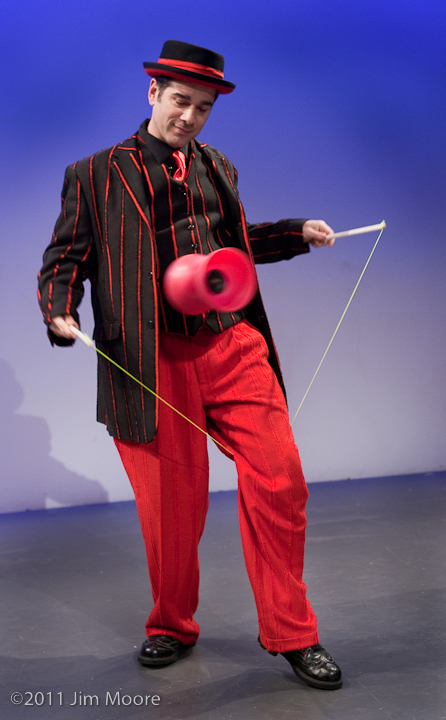 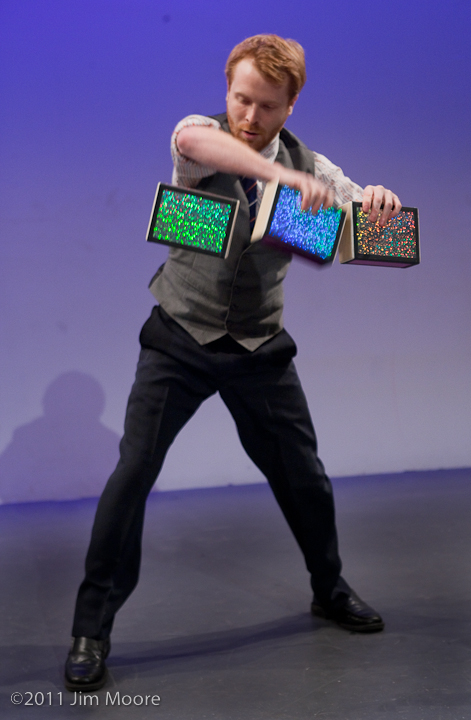 Keith Nelson and his TOPS 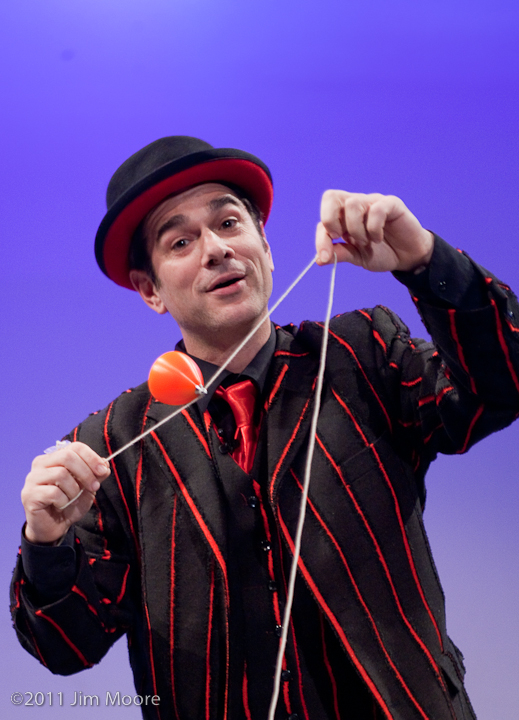 Keith Nelson performs one of his wonderful spinning top tricks. 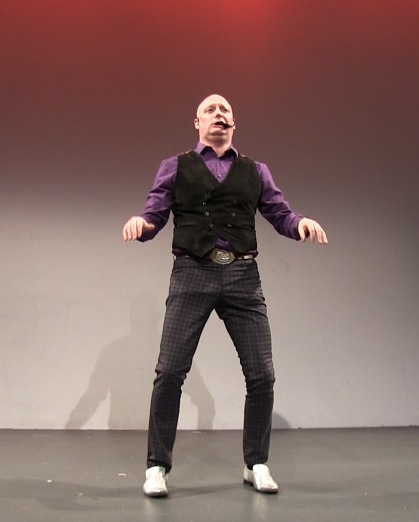 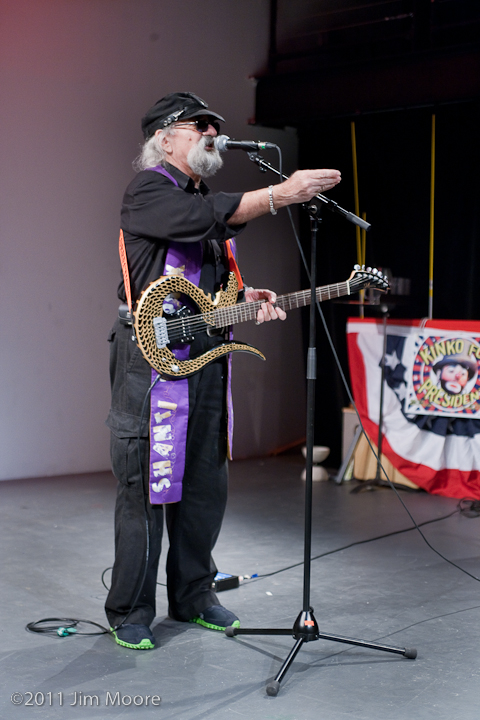 Singing all his ‘satirical’ songs of protest is ‘Rocking Reverand’. 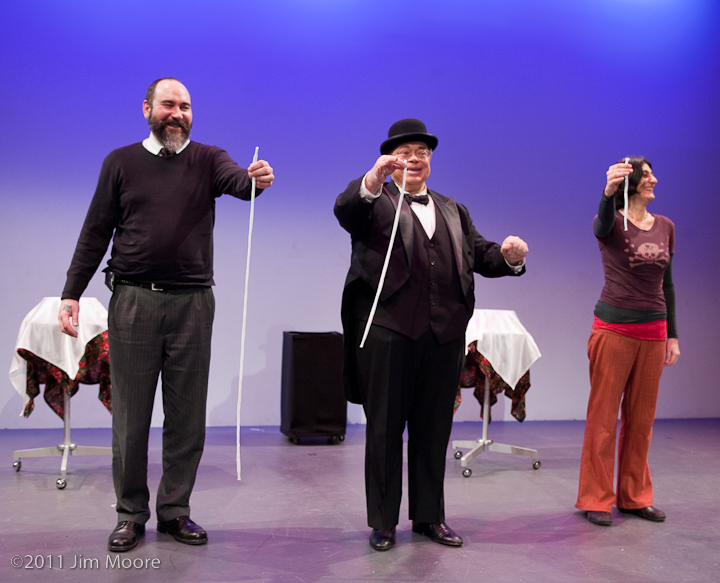 Audience participation was an important part of Torkova‘s magic act. 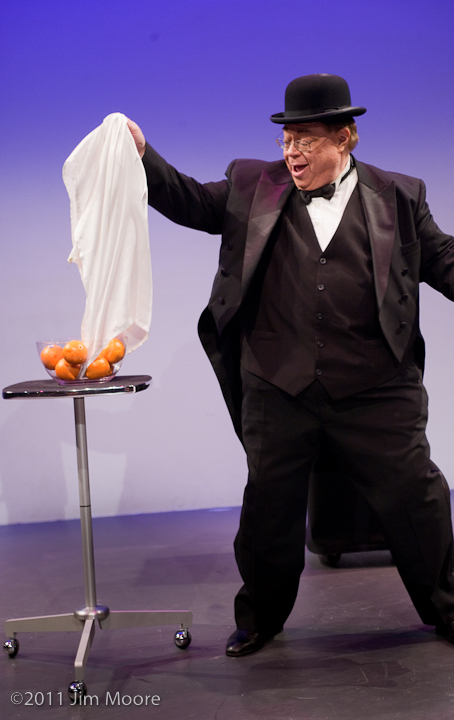 Torkova performs magic by producing a few dozen oranges in a plastic bowl. 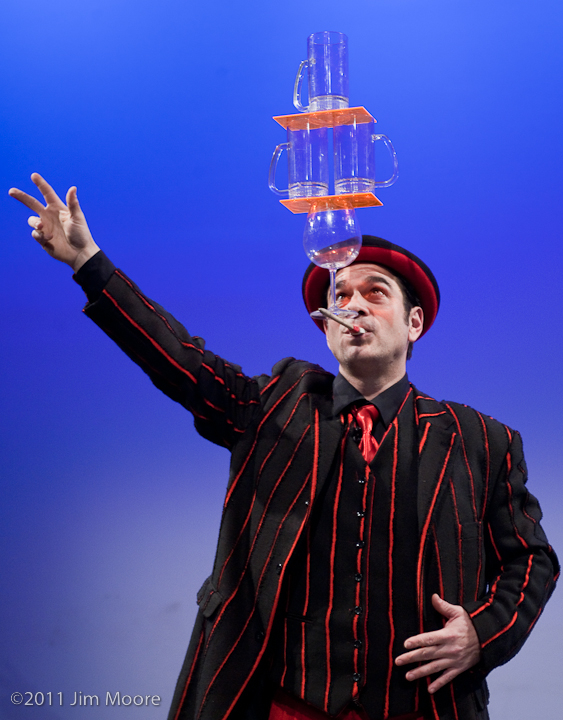 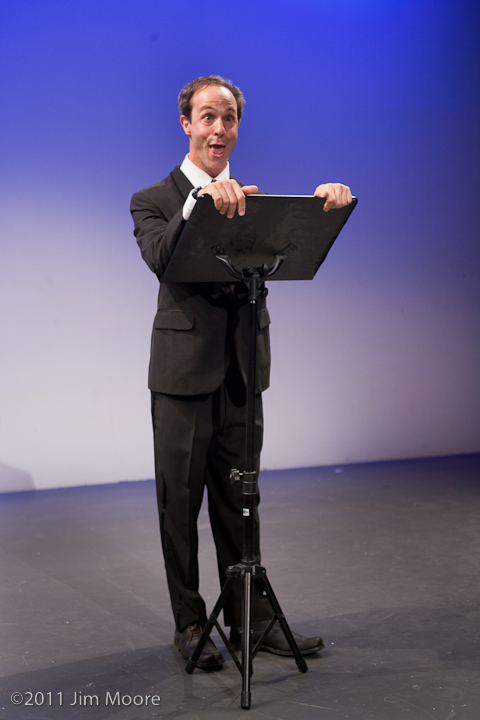 I was caught off guard with this hystereical routine. Almost missed this shot due to laughter. 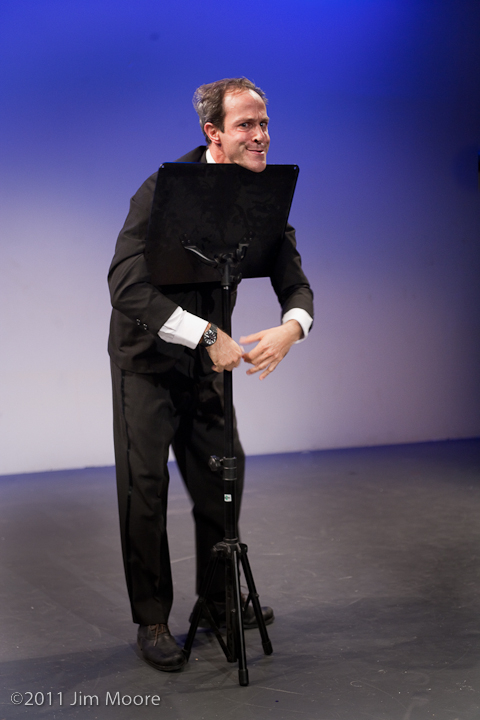 Harold Moeller‘s face changed from one hysterical expression to another in seconds. Had me on the floor laughing.

The Good to Go Girls 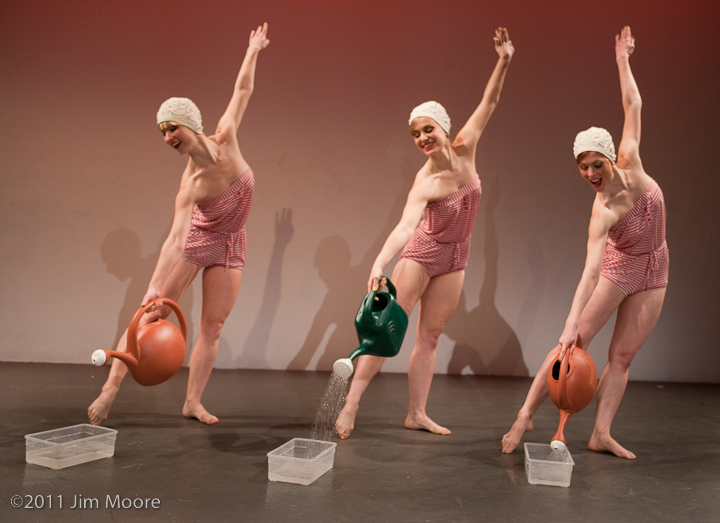 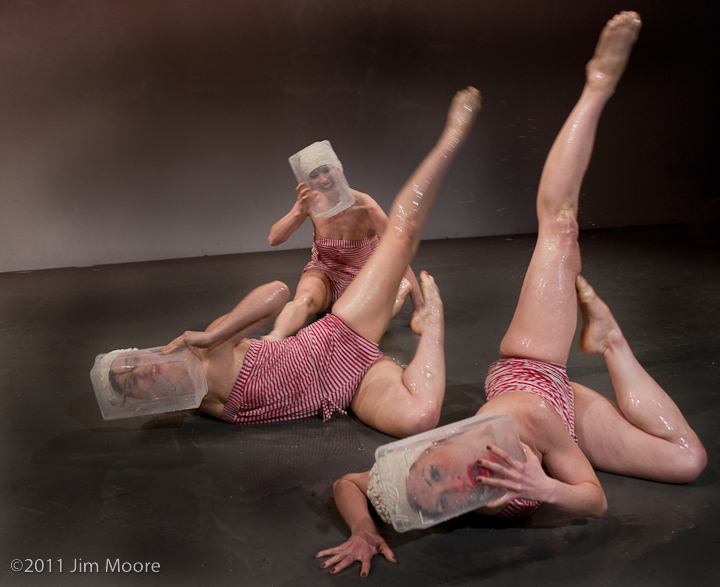 Looking like aliens from another planet The Good to Go Girls make the audience hysterical. 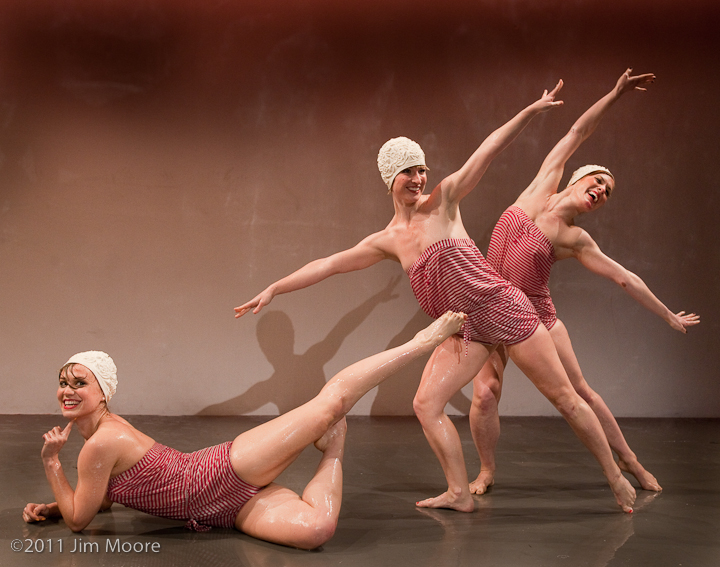 The Good to Go Girls finish off the act with a beautiful finale! 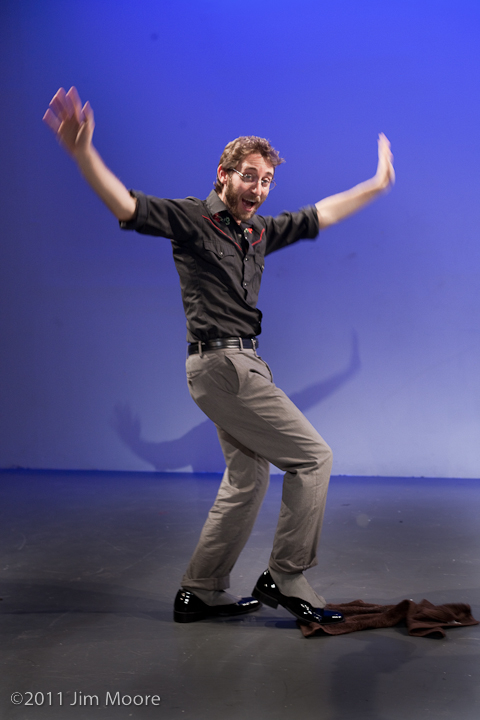 Josh Bisker mops the floor with spats and style after the Good to Go Girls swimming act.

Keith Nelson gets his 5 Spinning Plates together! 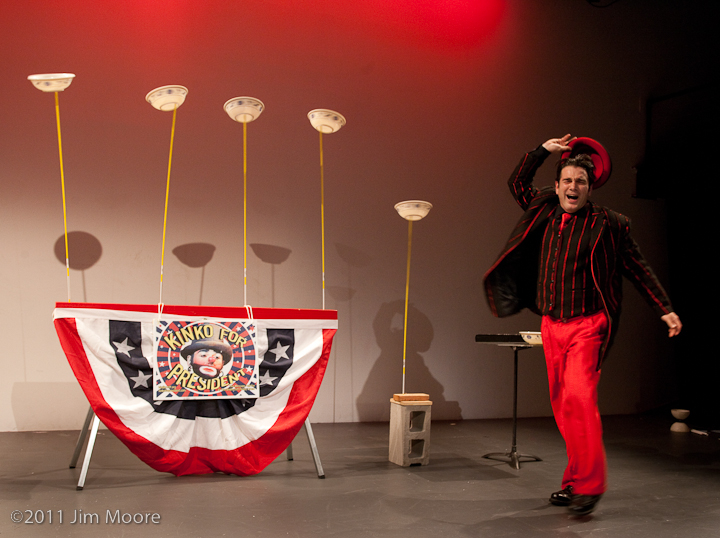 Keith Nelson is ‘elated’ to have done the 5 spinning plates. 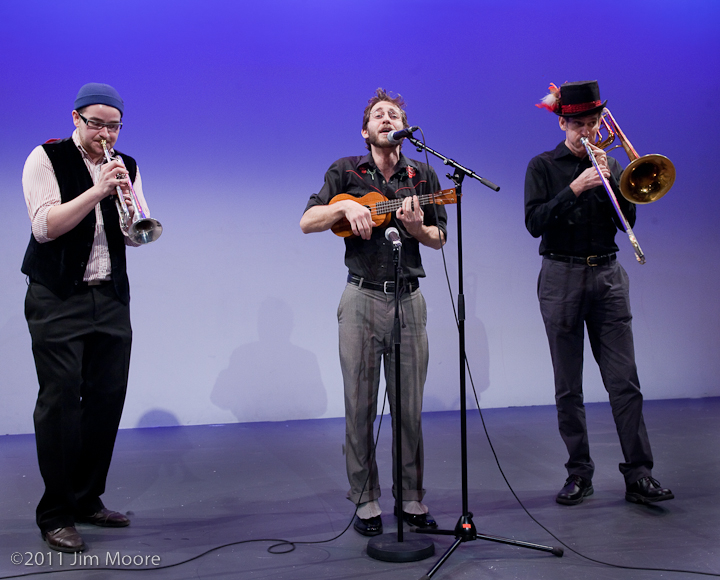 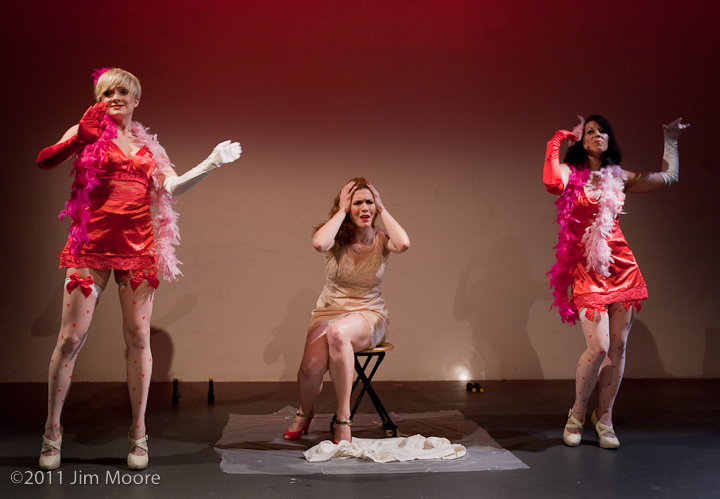 A drama unfolds on the stage with two dancers and one distraught woman. 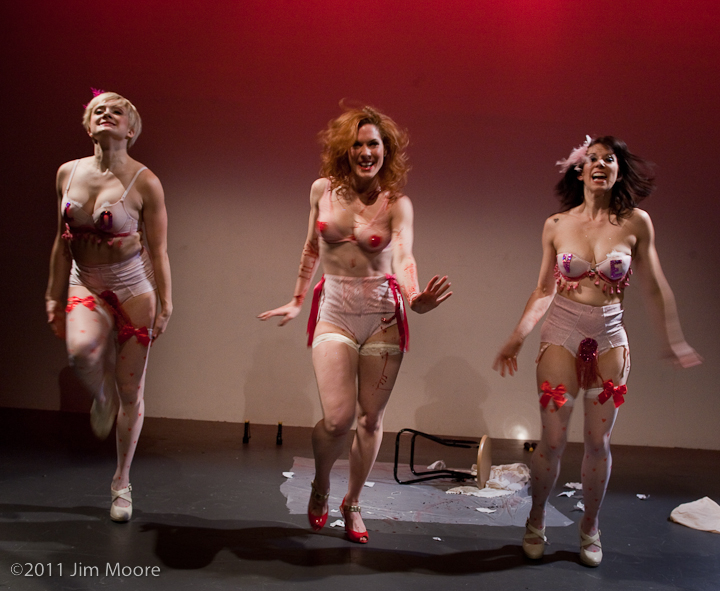 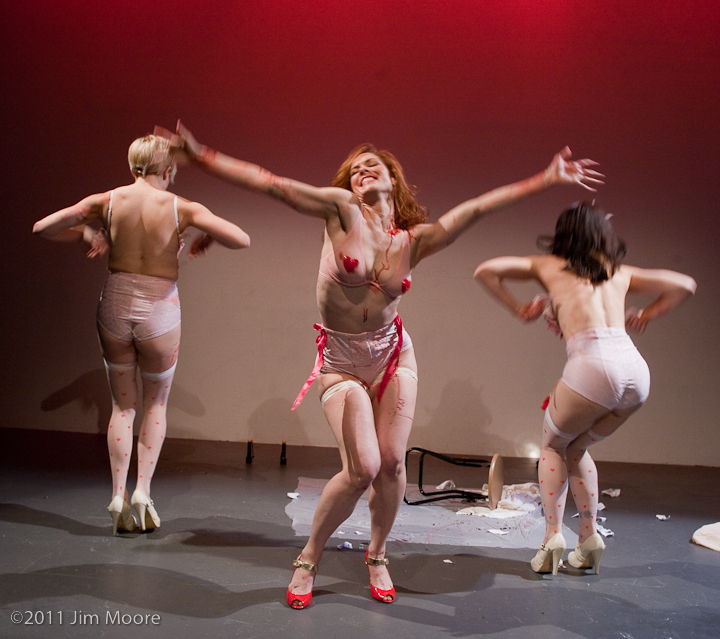 The Chi-Ciones Burlesque excite the audience and is great way to end the show!

See The Bindlestiff Open Stage Variety Show on the FIRST Monday of every Month at Dixon Place.