What  a great night of Variety Arts! 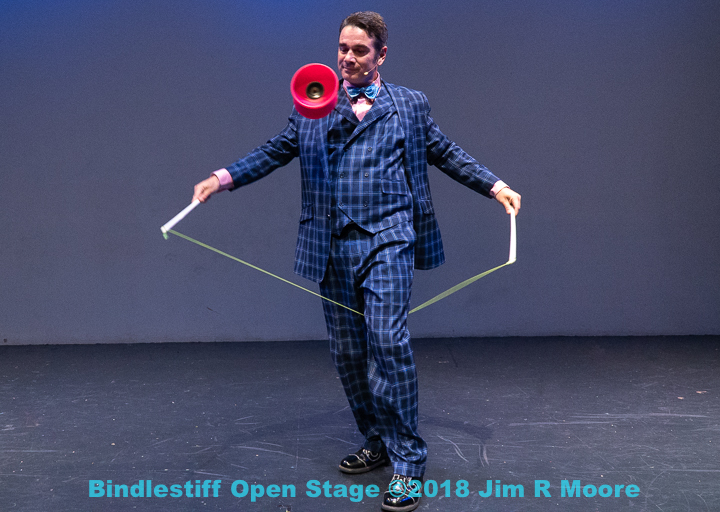 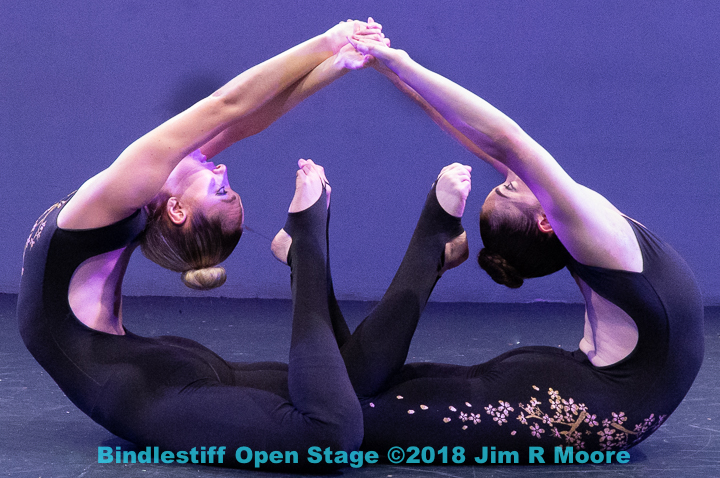 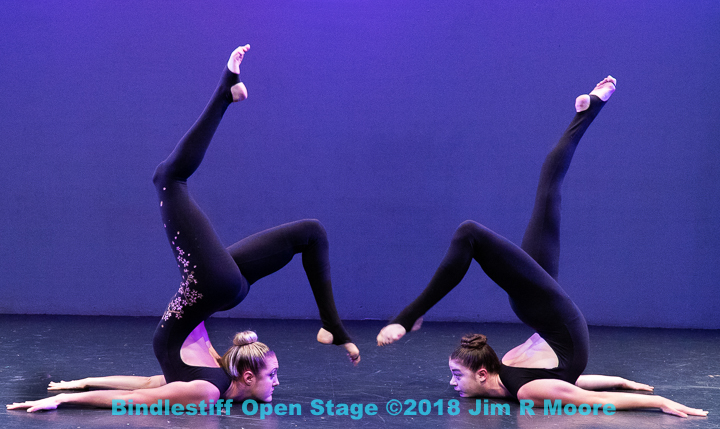 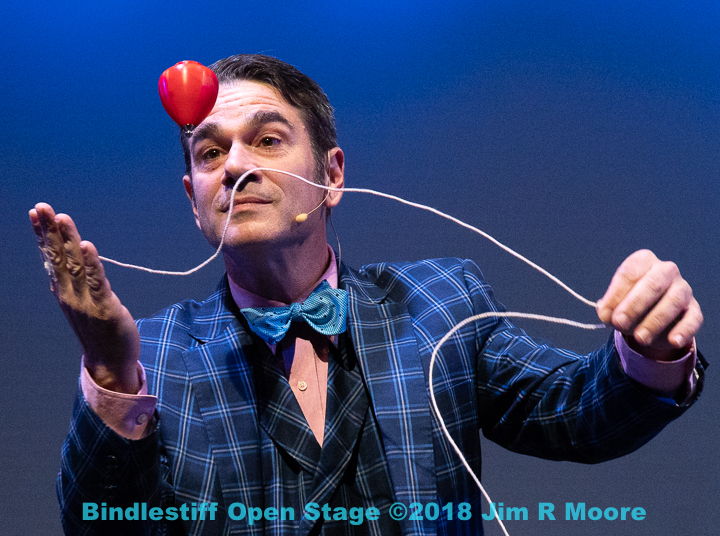 Keith has so many circus and variety art skills and one of his favorites is the ‘yoyo’. 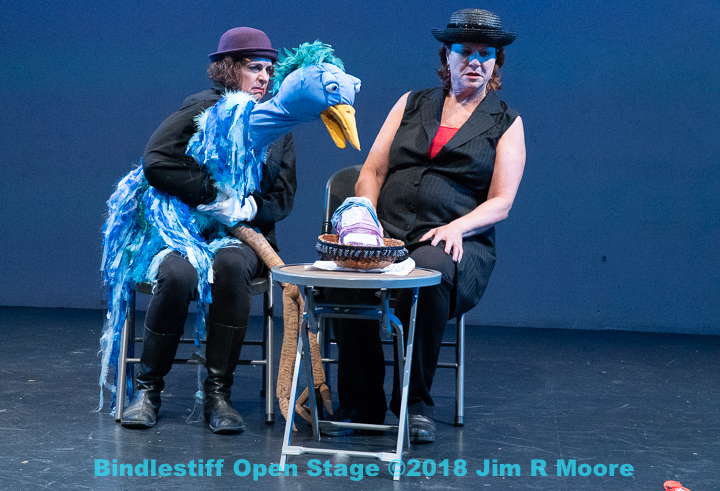 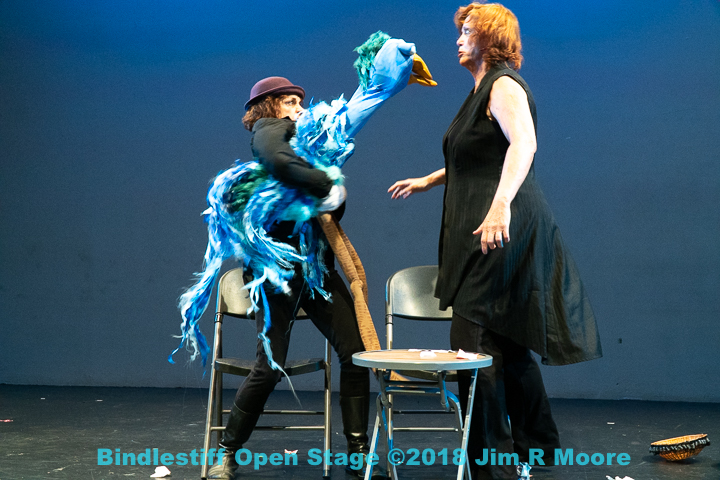 Obviously the ‘Bonker Bird’ did not get along with everyone! Very funny act. 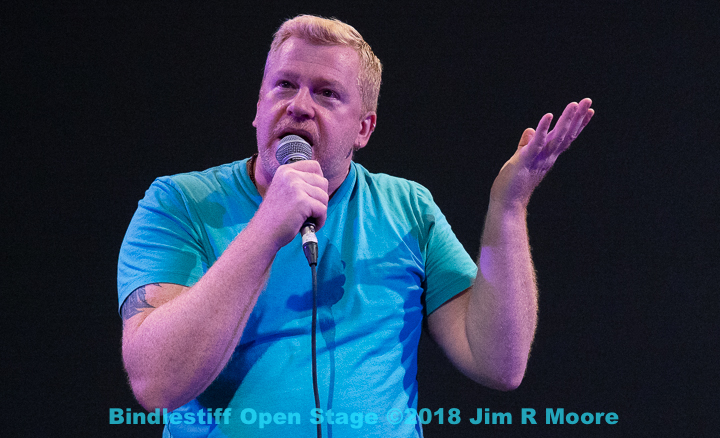 Billy Hedglin Taylor had the audience roaring with his Disney character impersonations. 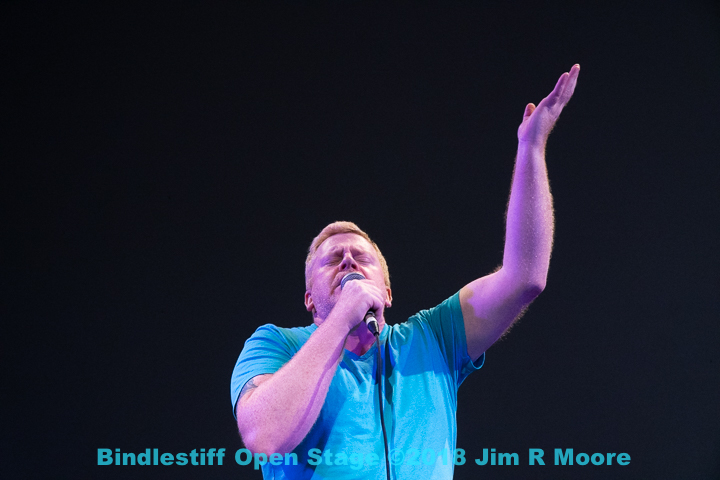 More fun with his ‘Goofy’ impersonation and a song from ‘Frozen’. 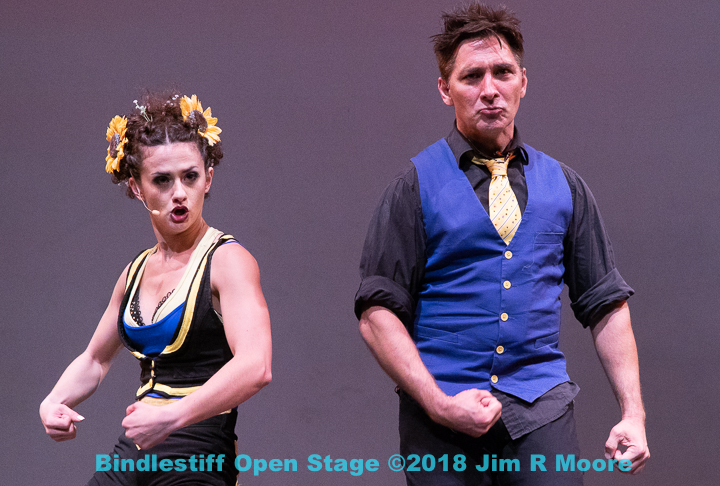 Leah Orleans and Etienne McGinley are the ‘Acrobatrix’ and they are funny and talented! 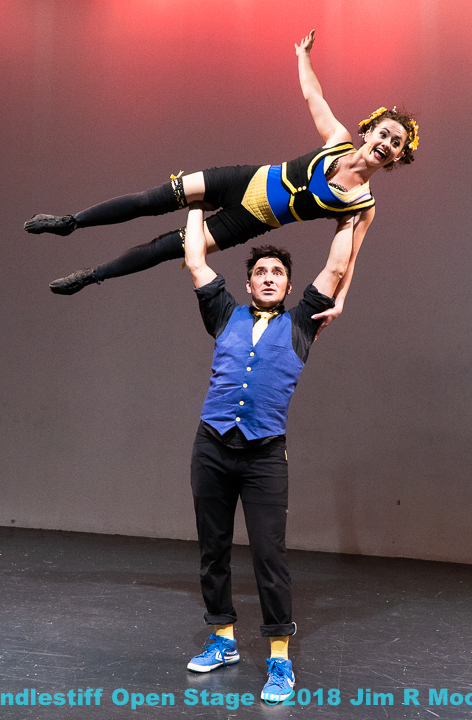 Acrobatrix are skilled in acrobatics and in comedy duo work. 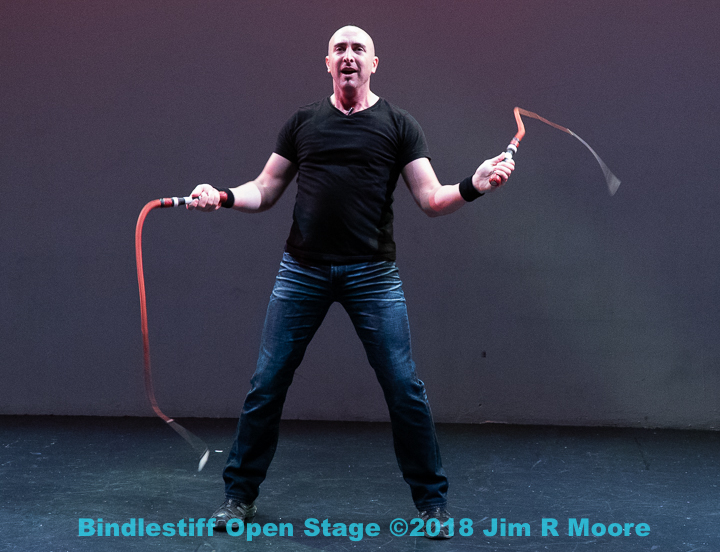 Aaron Bonk cracked the whips with so much control and skill. 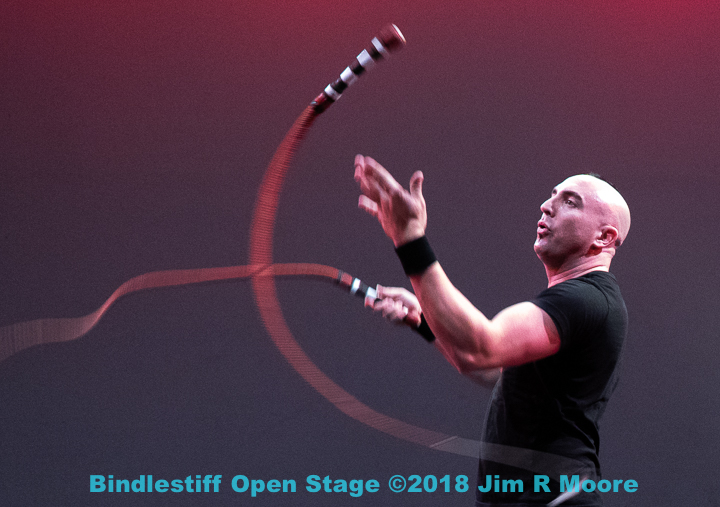 Cracking the whips and then flipping them in the air and cracking them again after catching. 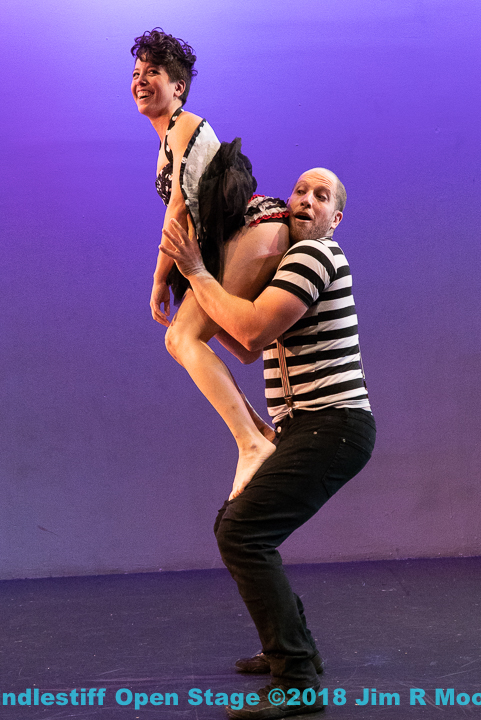 Angela Butch and Yoni Kallai performed a comedy acro duo that was wonderful. 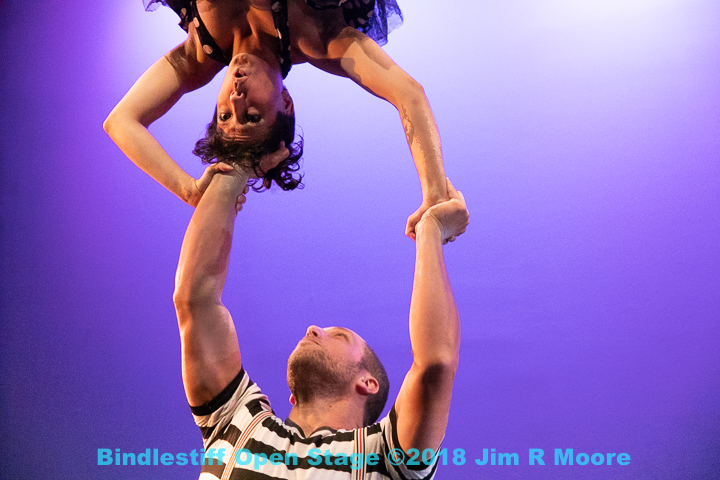 With sheer muscle and a great sense of comedy these two were so much fun to watch. 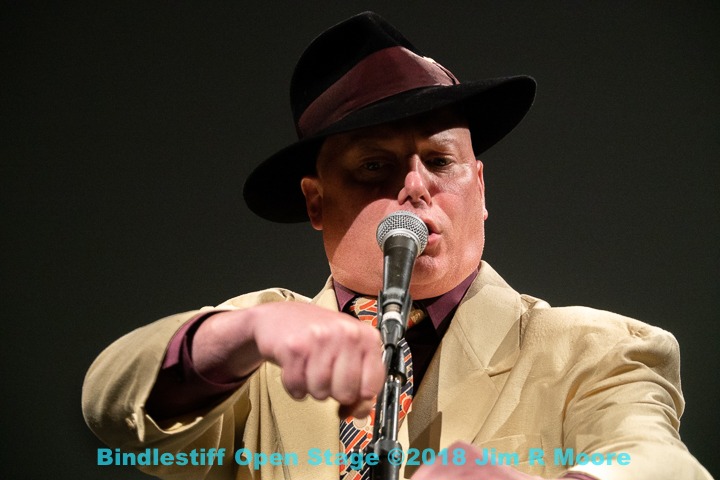 Zero Boy entertains the audience with his vocal acrobatics. Tonight he worked on the ‘gangsta’ routine “Jimmy Z” with audience suggestions. 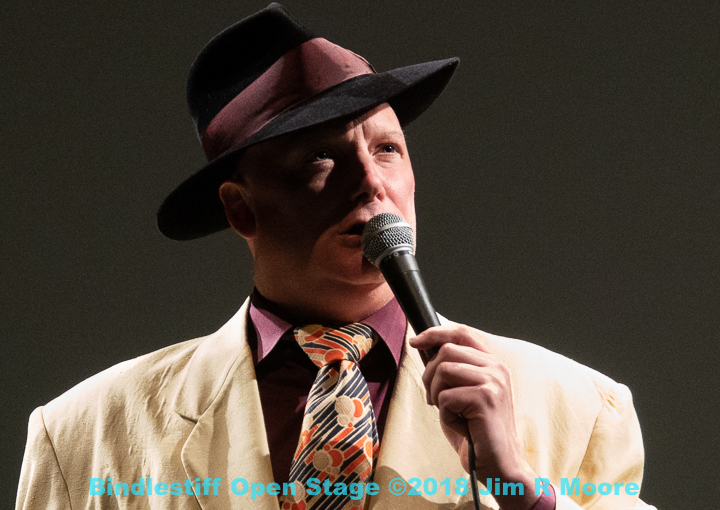 Zero Boy was ‘dressed to kill’ as ‘Jimmy Z the moiderer‘ with suggestions from the audience. 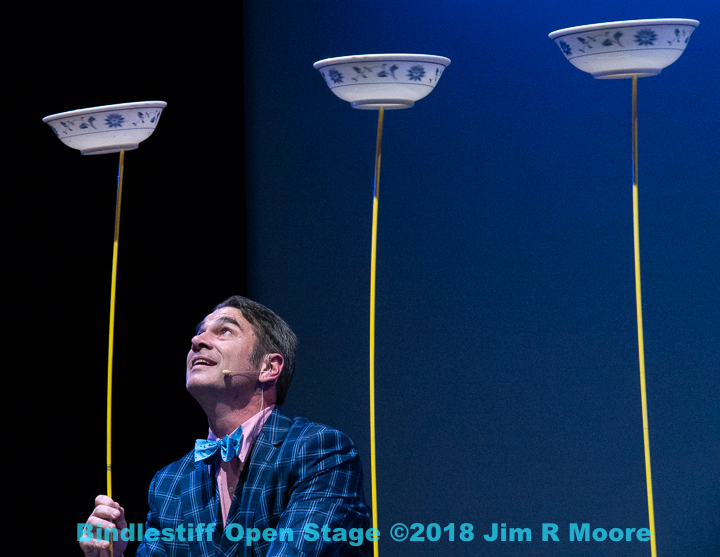 The host Keith Nelson performed his ‘vaudeville’ plate spinning act as the finale. 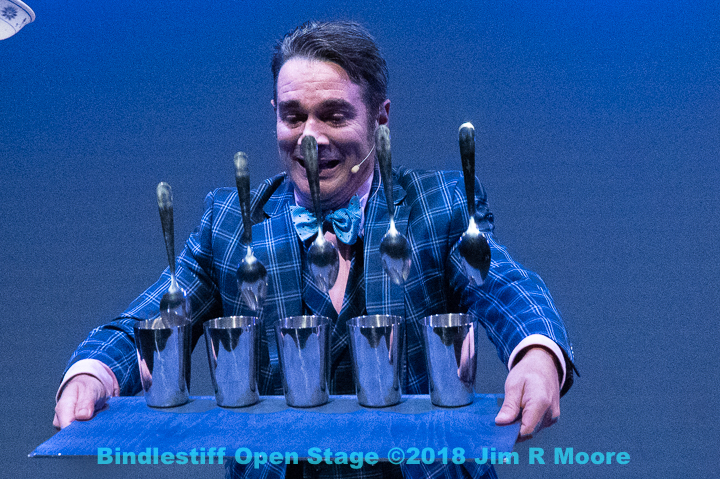 The camera captured this shot with all the spoons heading for the appropriate aluminum mixing glasses.

Some Videos from the show!