The people that make this show possible are sometimes not known or seen.

Here she is with Yoyo master Justin Weber before the show. 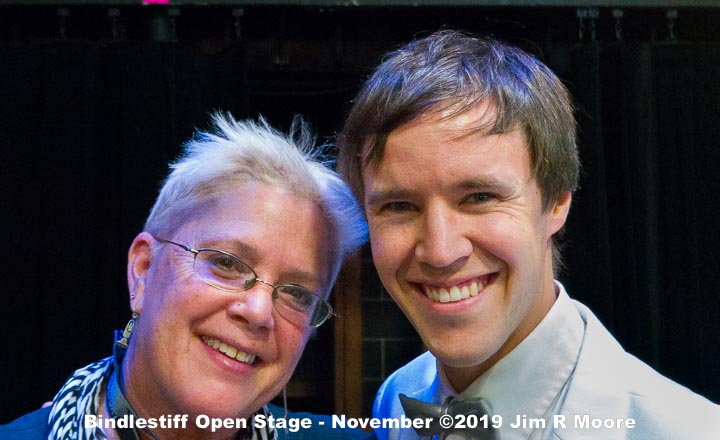 Also, one of the vital people that makes Dixon Place work is Mike! 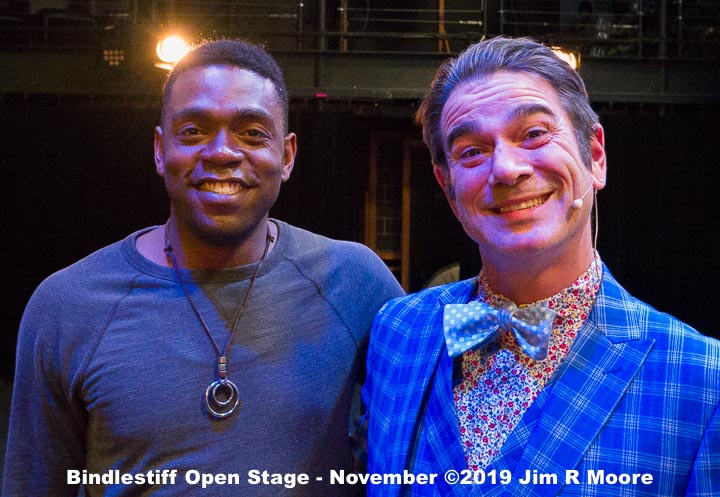 Mike Griffiths is one of the people that makes Dixon Place tick like a well-oiled clock. His official title is “Marketing & Audience Development Associate”. You know he works hard at that!  Along with Production manager Rob Lariviere who makes all the shows look and sound great!

There are quite a few other people you should know. Check them out here. 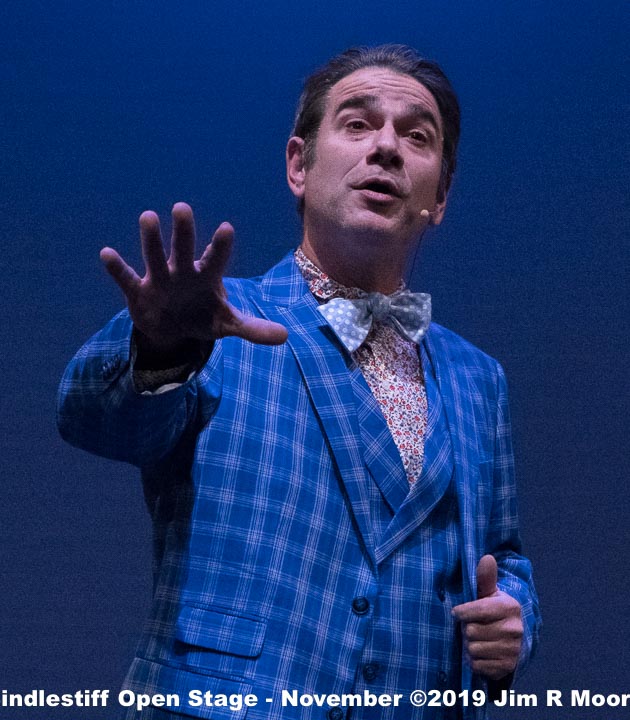 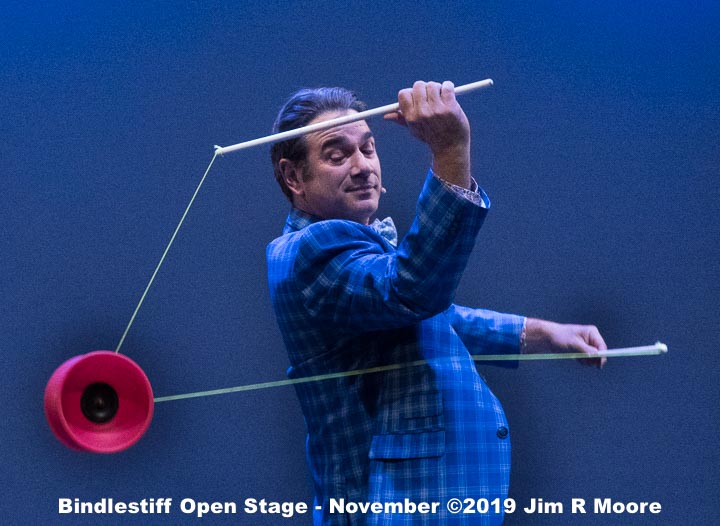 Keith gets the show going with his ‘Chinese yoyo’ act. 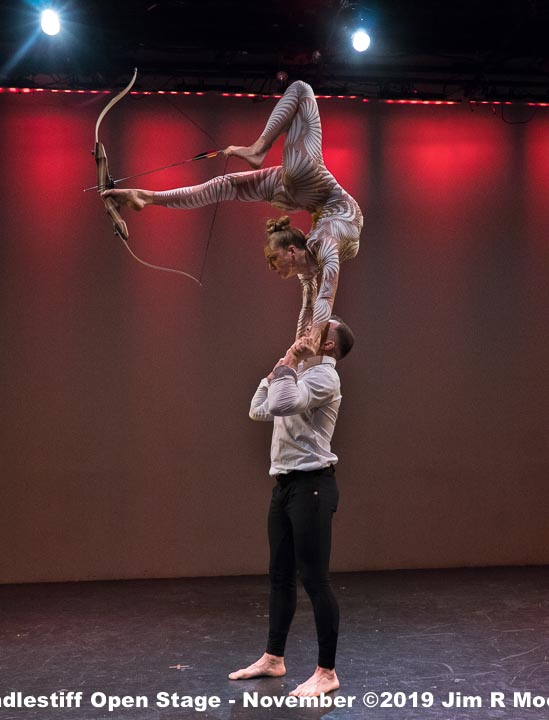 The acrobatic duo Aryn Shelander and Jeffrey Stilt were amazing in their skills. 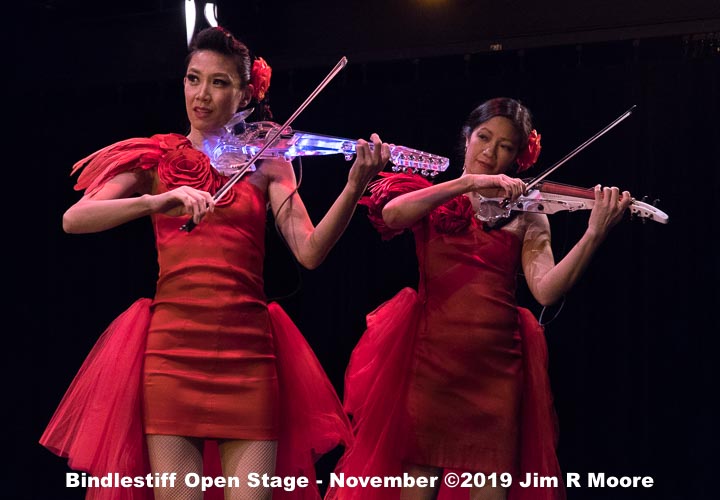 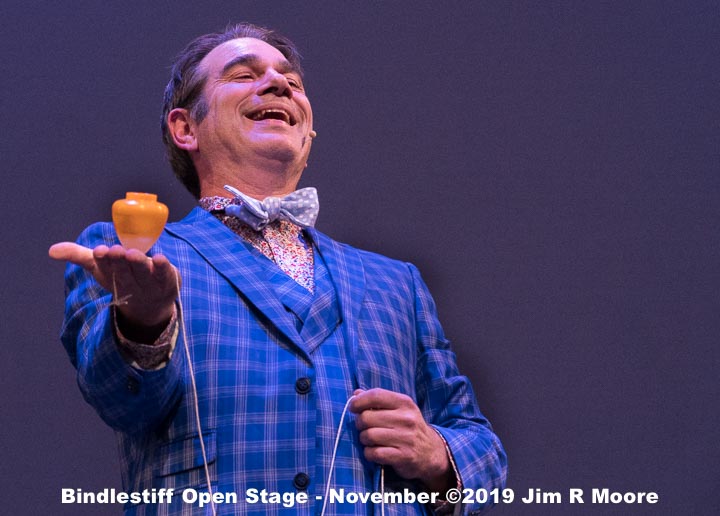 In between the acts, Keith entertains the audience with his favorite past time. 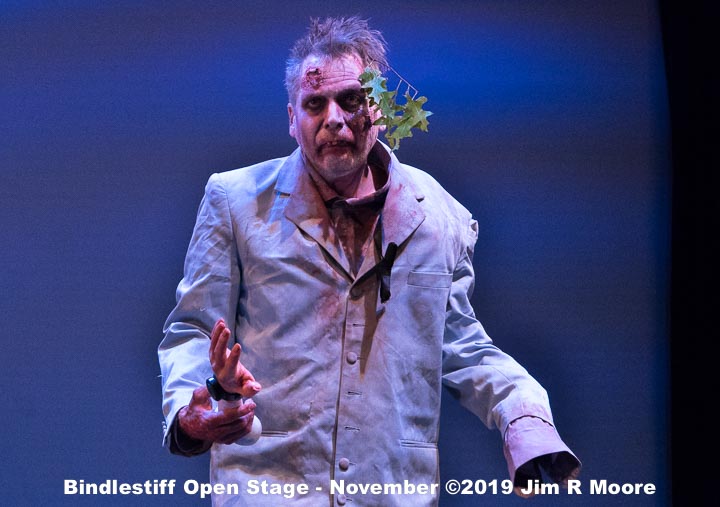 Rich Potter brought his ‘ghoulish’ Zach Flash character to juggle for the audience. 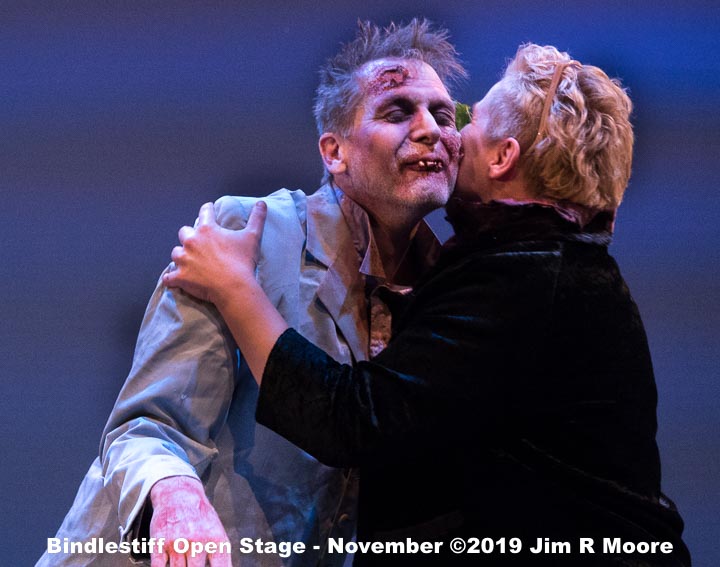 The lucky audience volunteer got to give Zach (Rich Potter) a smooch. 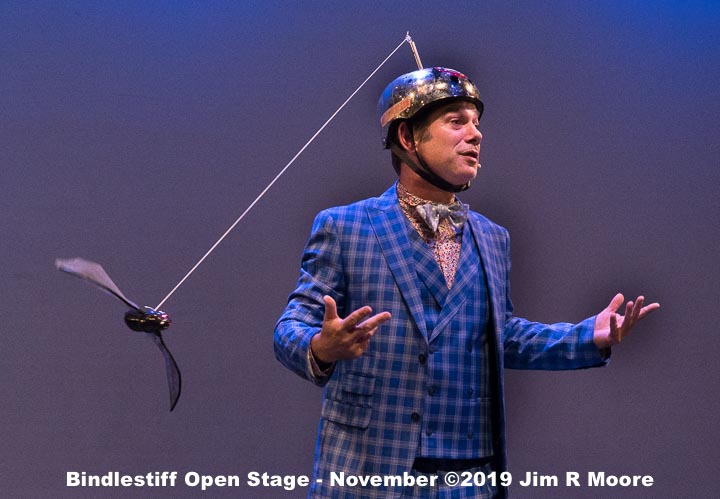 In keeping with tradition, Keith got to try out a new juggling routine with a flying bat. 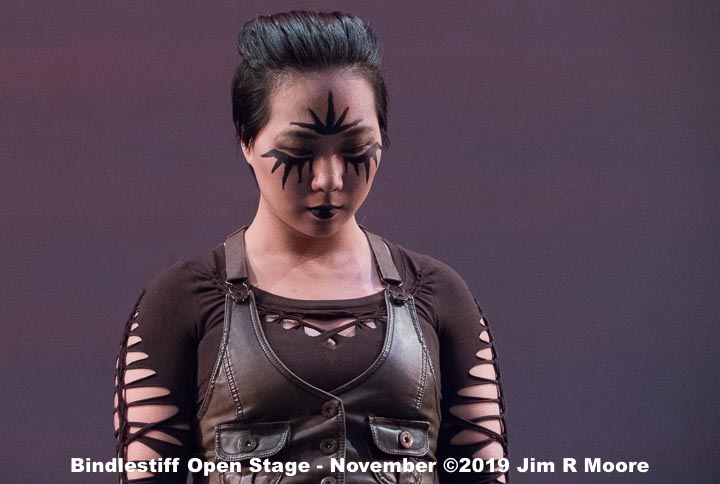 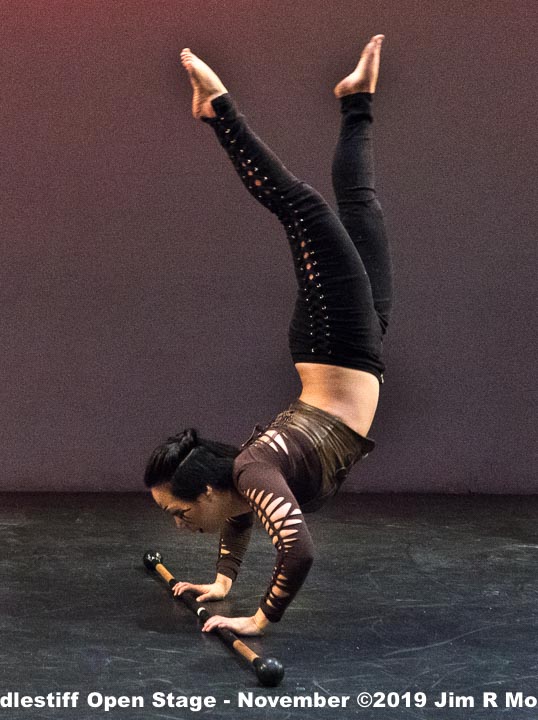 Great skills mixed with costume and makeup made this act wonderful. 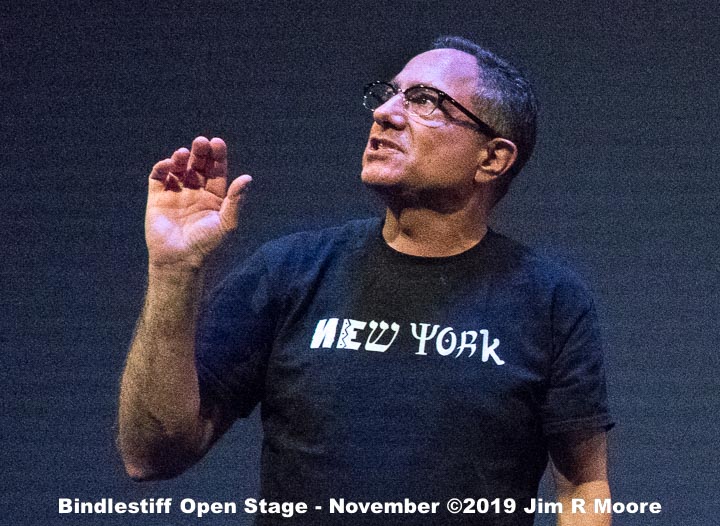 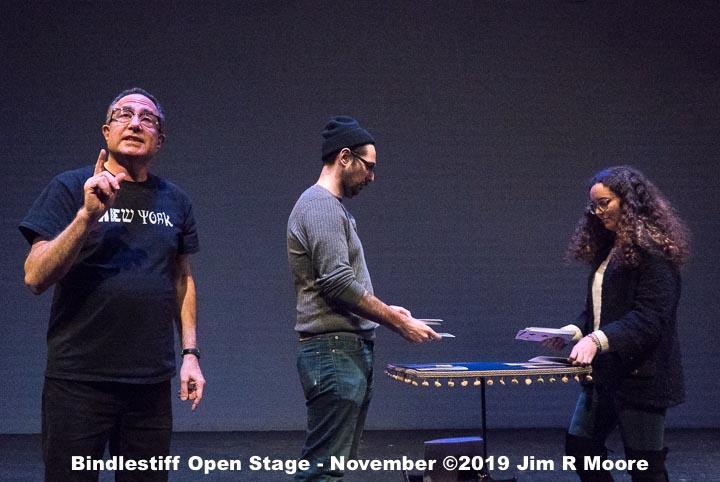 The card tricks were very mind-blowing and intelligently challenging to the audience. 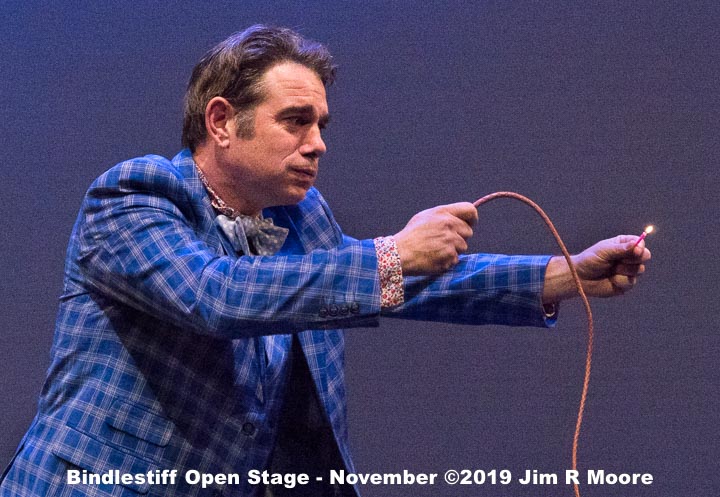 Keith practices putting out a match with his whip cracking. 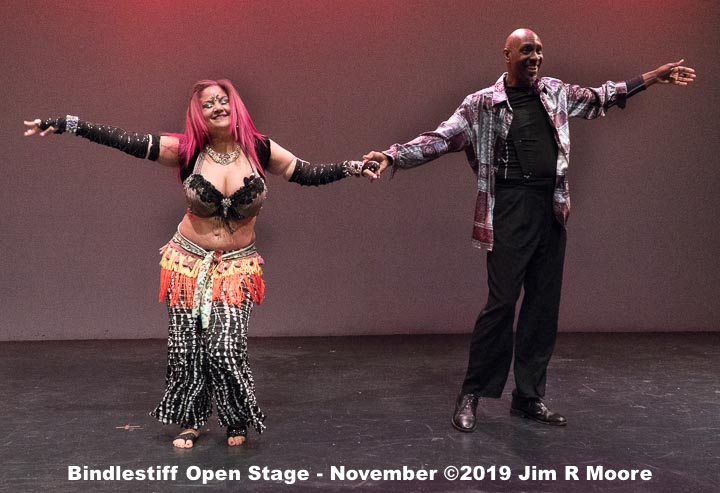 Lisa and Julian danced up a storm for the audience. 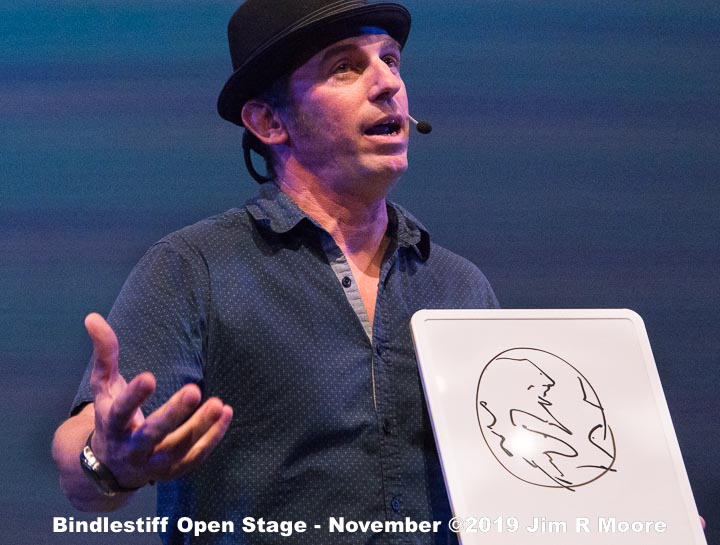 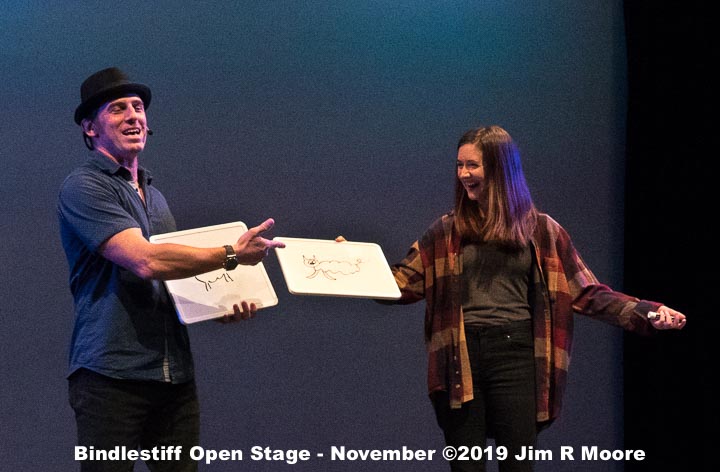 Standing back to back he drew almost exactly with the audience volunteer drew. 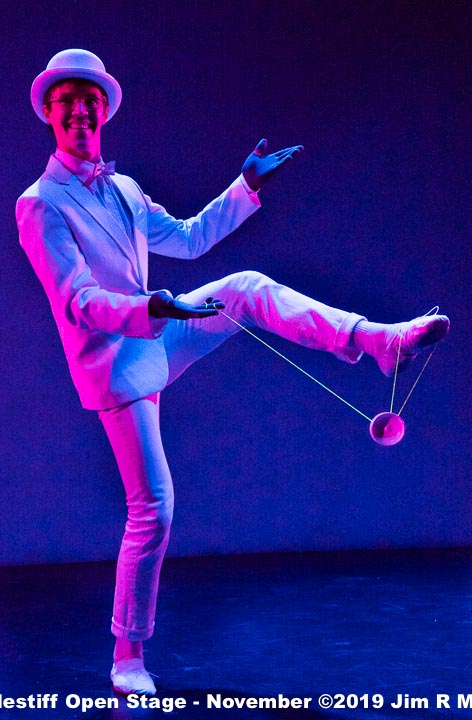 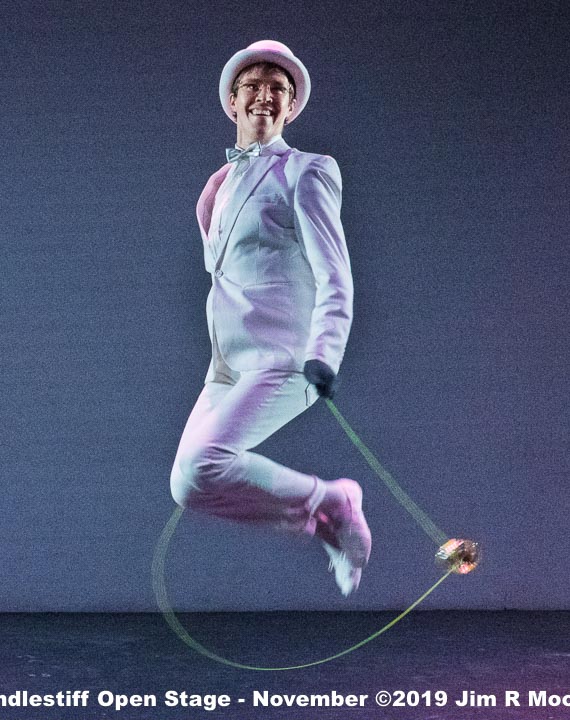 His finale was to jump rope using his yoyo.