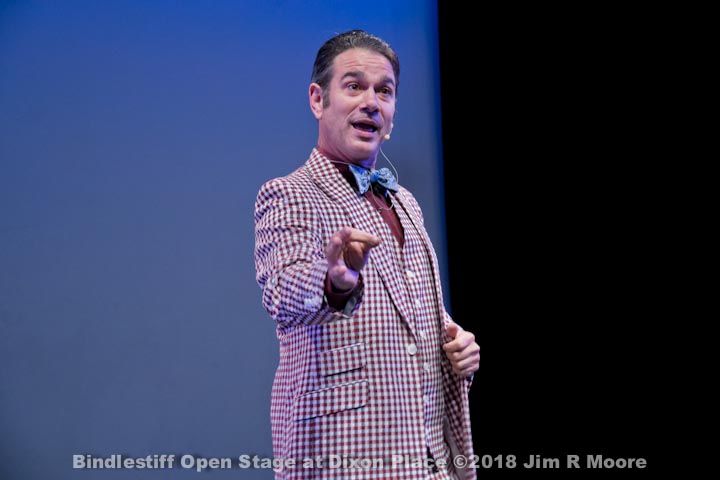 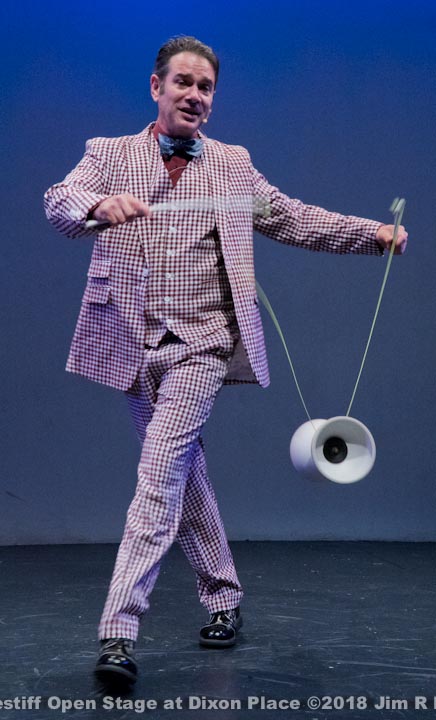 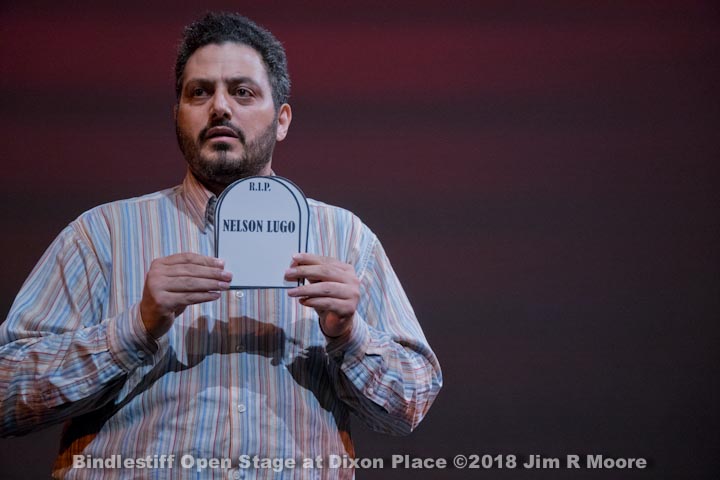 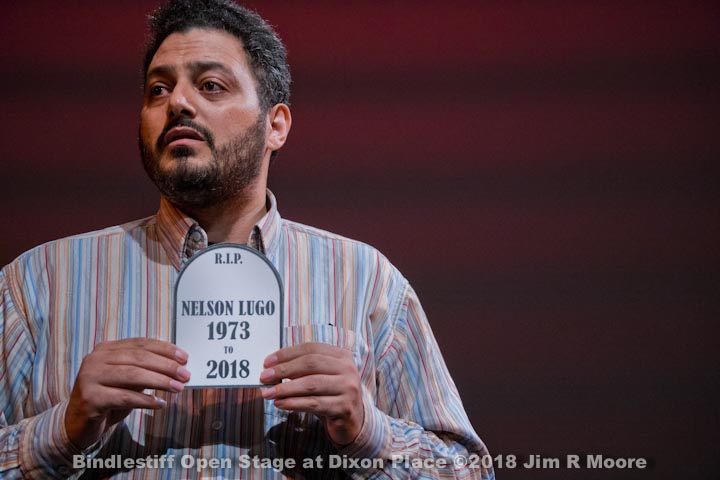 His magic skills are excellent and telling stories about his dreams got the audience going. 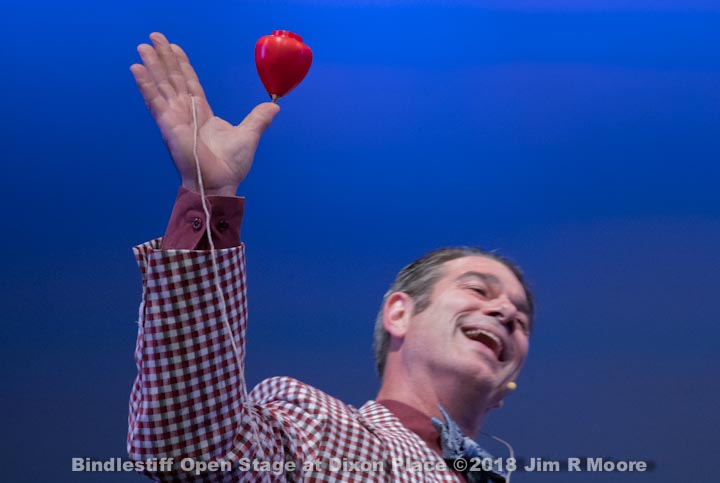 Keith returned in between acts and introduced his top spinning act. 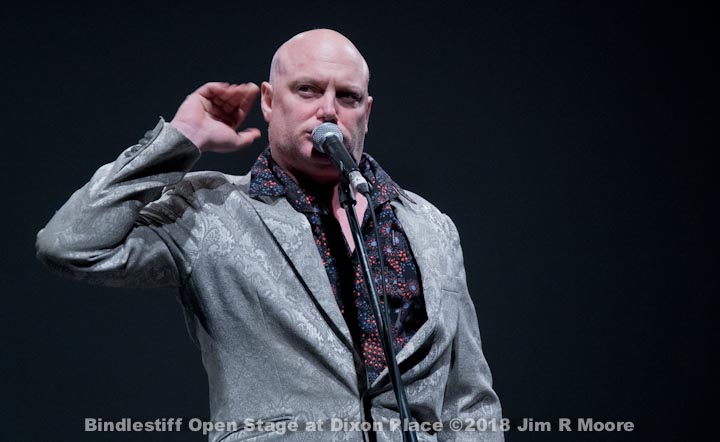 Zero Boy shared some improv with aural acrobatics with the audience. 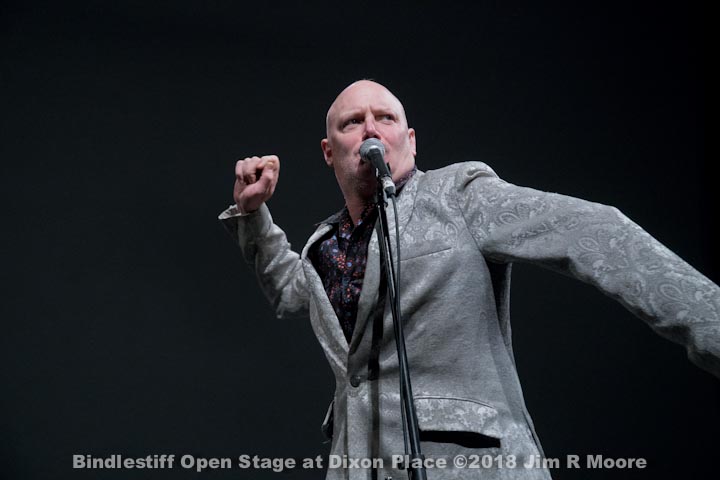 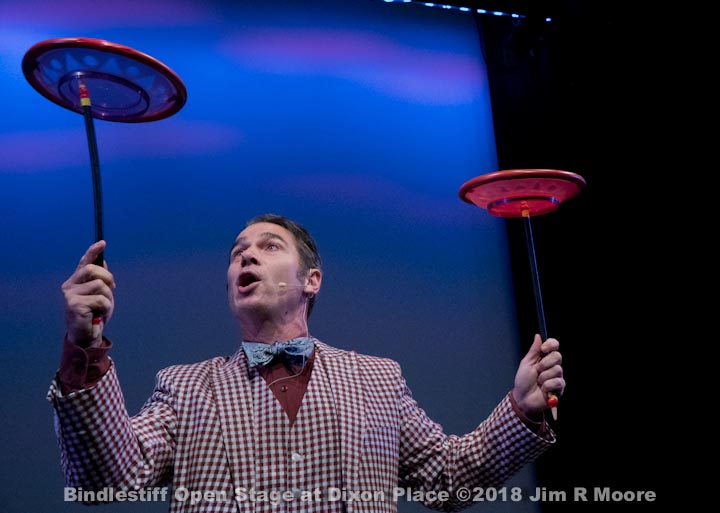 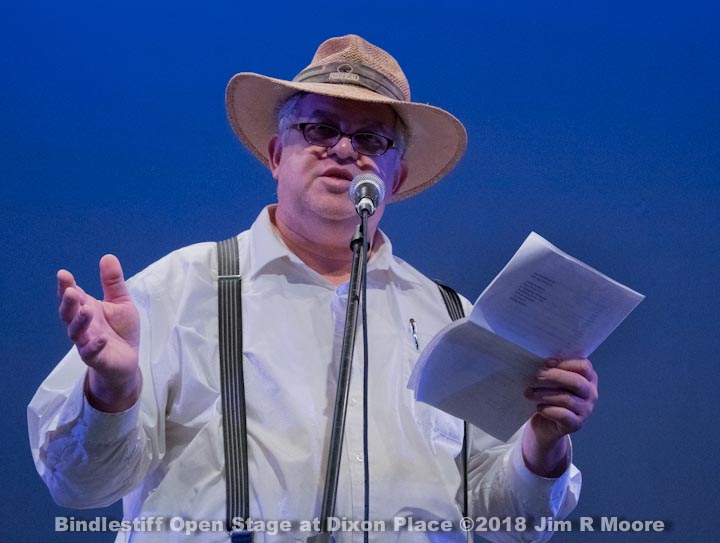 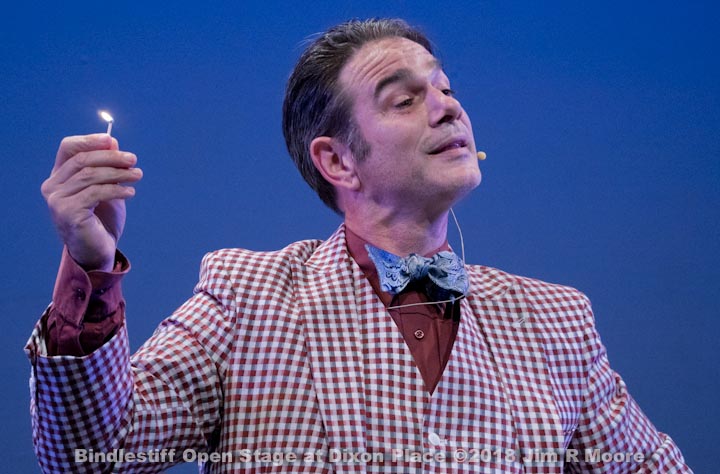 Keith loves to play with fire in his sideshow act. Here is a plain wooden match which he decides to eat to the amazement of the audience. 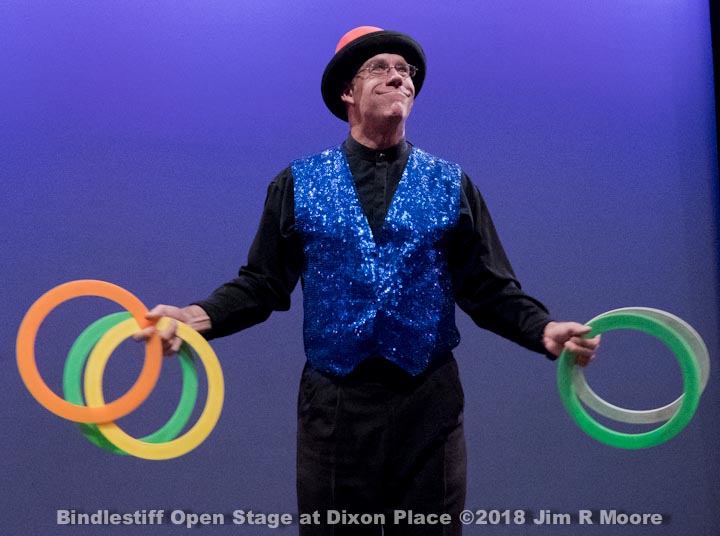 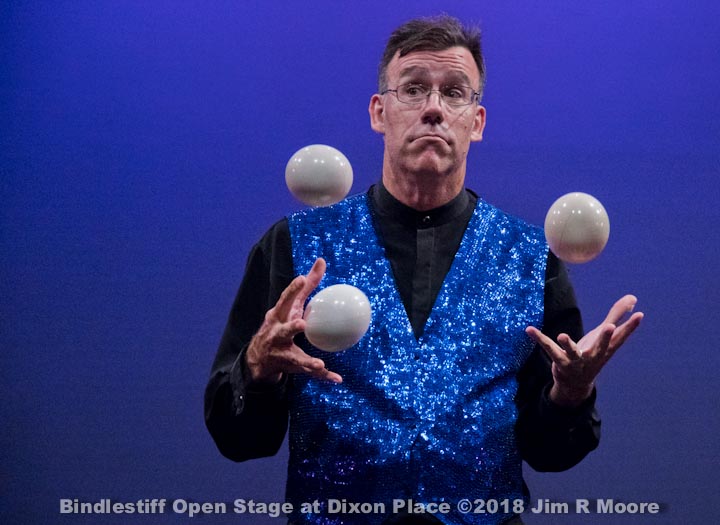 Lou Johnson made it a fun act with his ‘amused’ look. 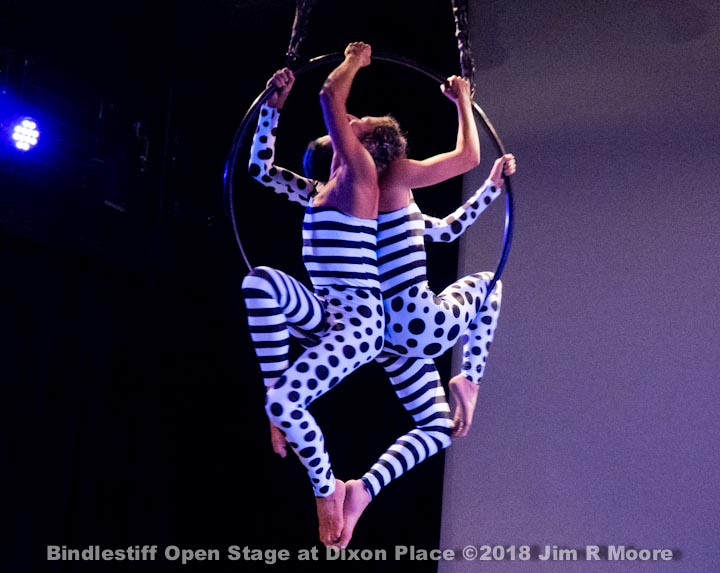 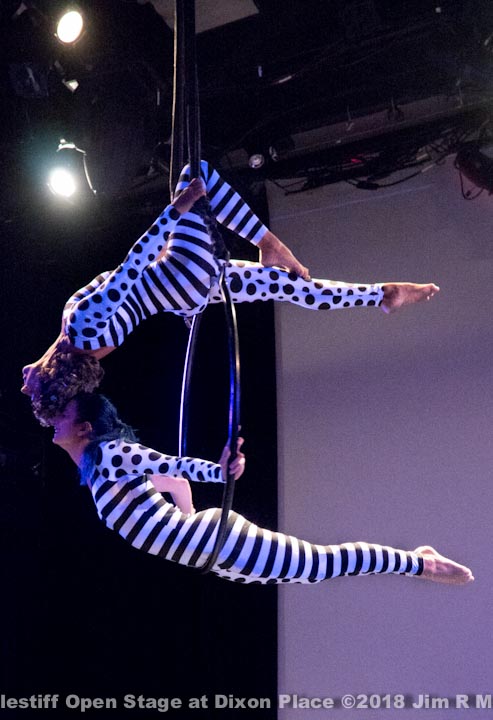 Barbara Gentile and Emily Blue made a beautiful aerial act for the audience. 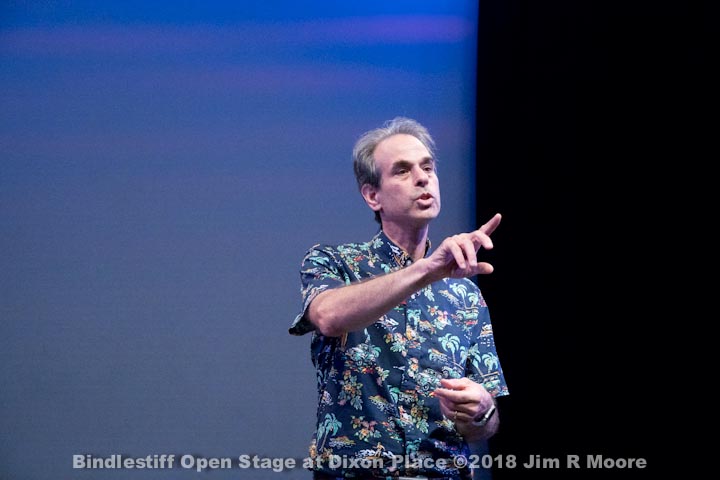 Stagehand (for the night)  (And mighty wonderful performer) Adam Auslander encourages the audience to contribute to the Bindlestiff Family Cirkus. A not-for-profit group. 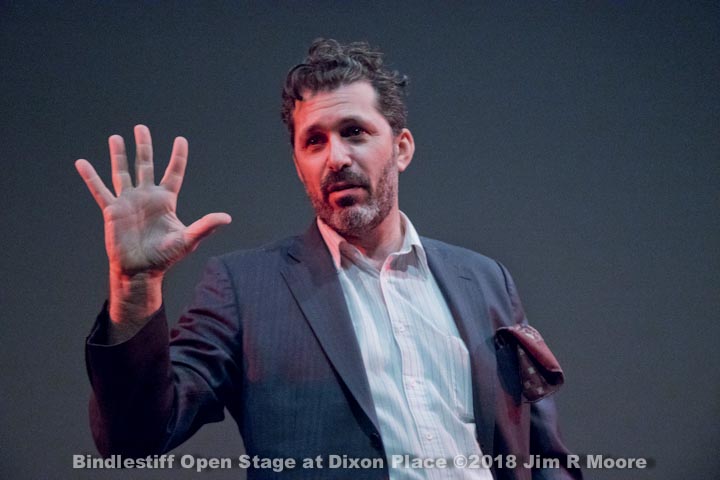 Slight of hand magician Greg Dubin (The Great Dubini)  fooled the audience with a great trick. 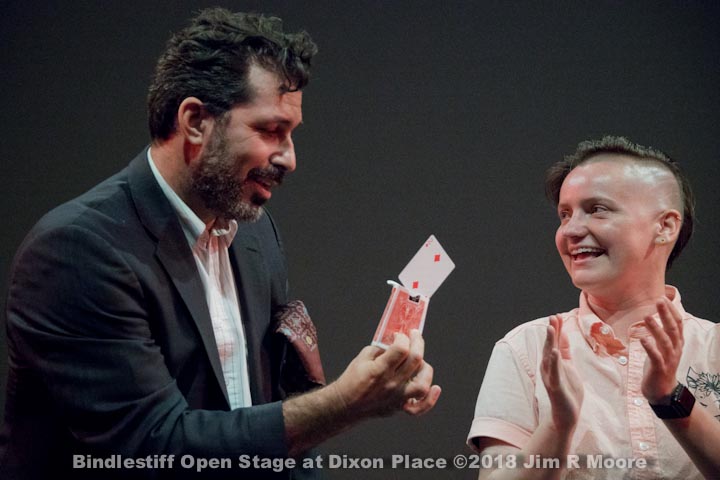 The audience volunteer watched as the card she is secretly selected rises out of the deck before her eyes. 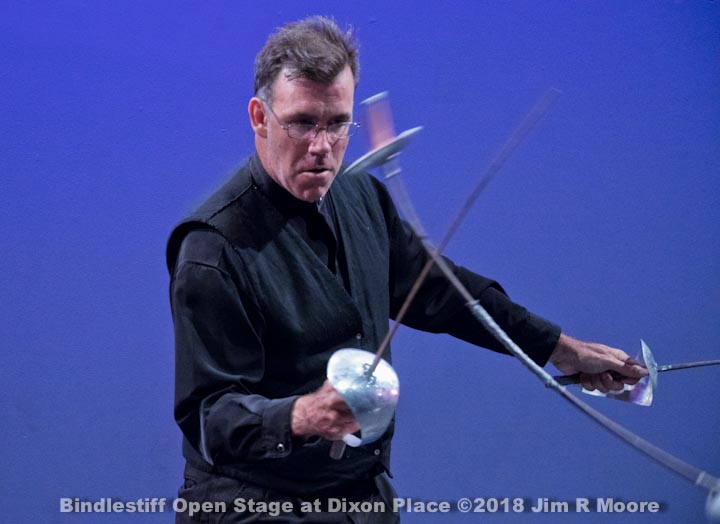 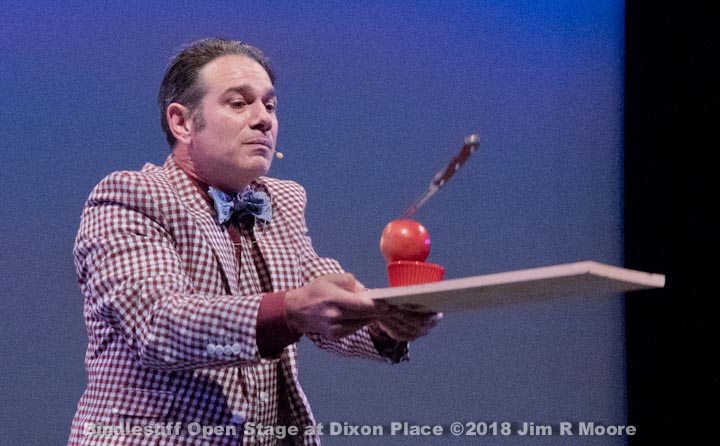 Keith Nelson flips an apple and knife into the air and when they come back the knife lands in the apple. 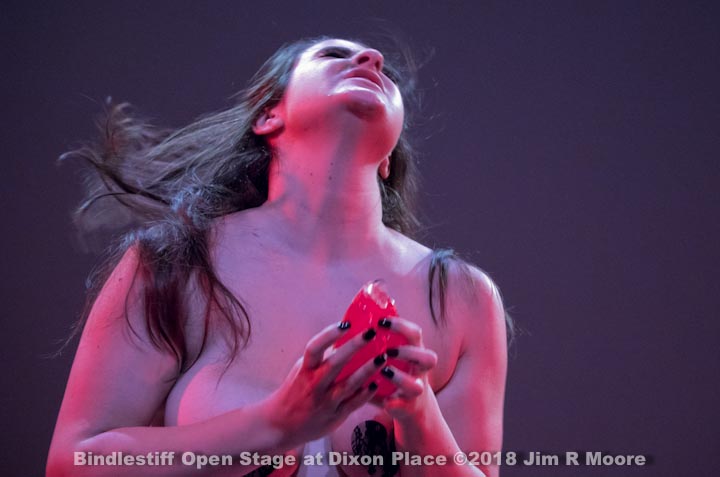 Venatrix performed a wild burlesque act with a red heart filled with liquid. 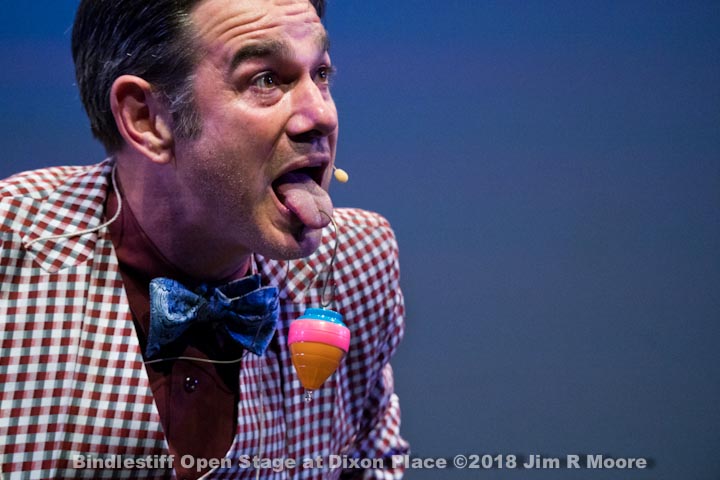 Keith always surprises the audience with one of his wicked sideshow acts. Here he picks up the yo-yo with a fishhook stuck in his tongue. 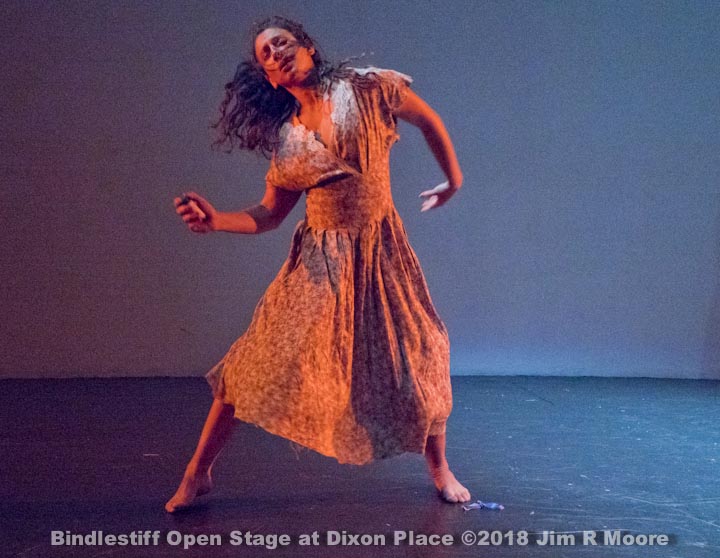 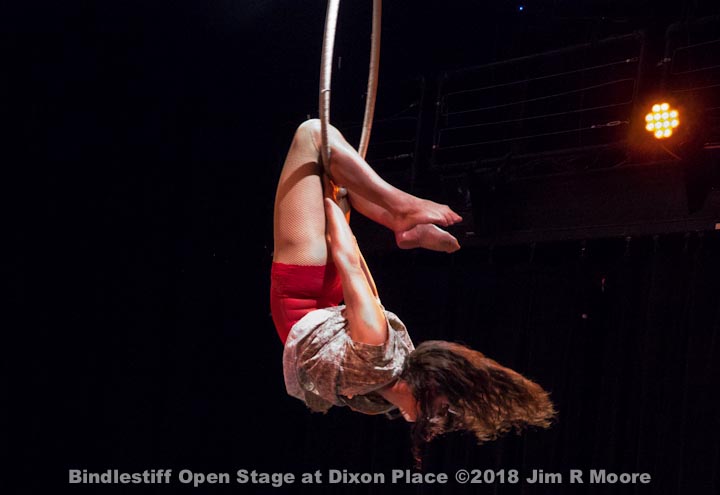 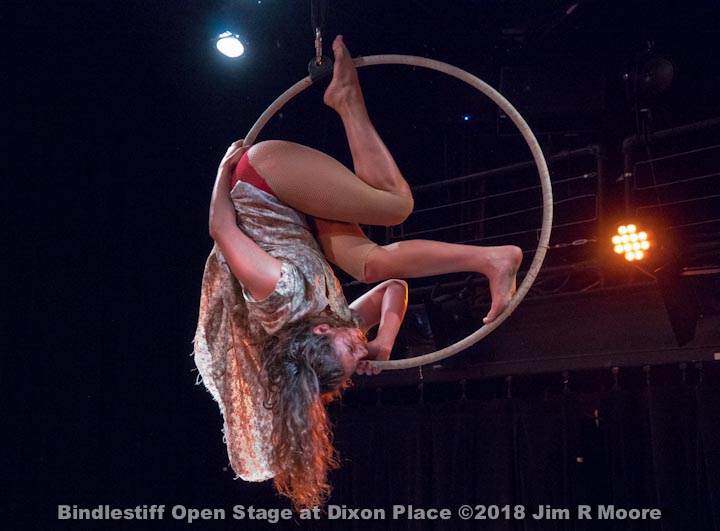 Marcela Duarte performed a wonderful dance piece that ended in the air.

Great show with wonderful talented performers. Every first Monday of the month