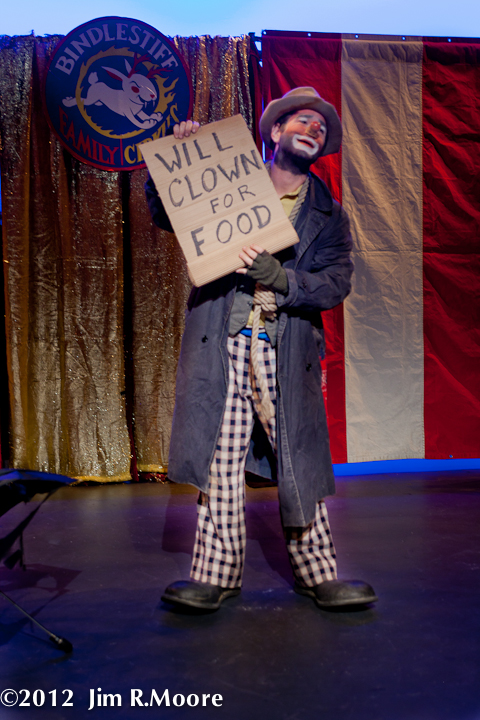 Kinko gets the show rolling by ‘begging’ to the audience for ‘food’ and other niceties. 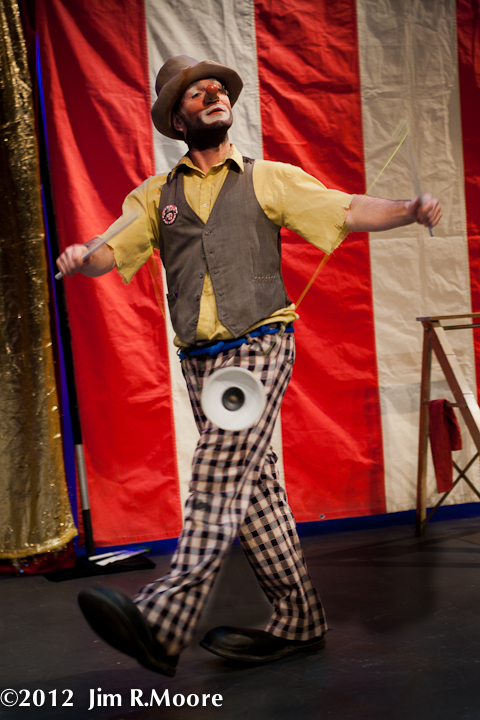 Kinko the Clown (Keith Nelson) does some amazing tricks with the ‘diabolos’. 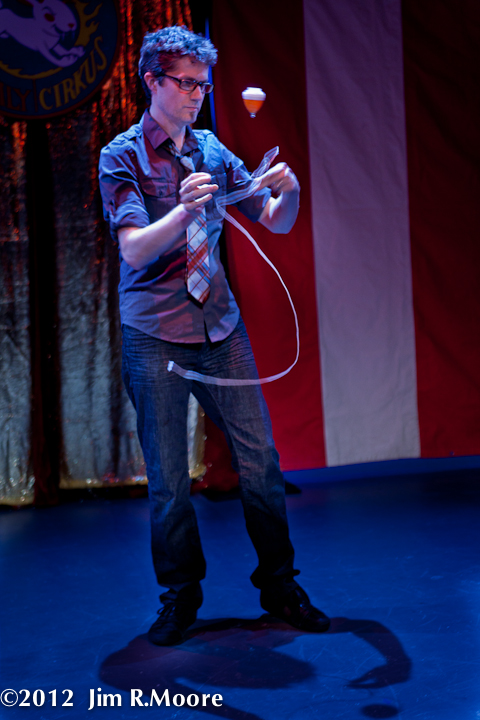 Mark Hayward performing one of his many amazing top tricks. 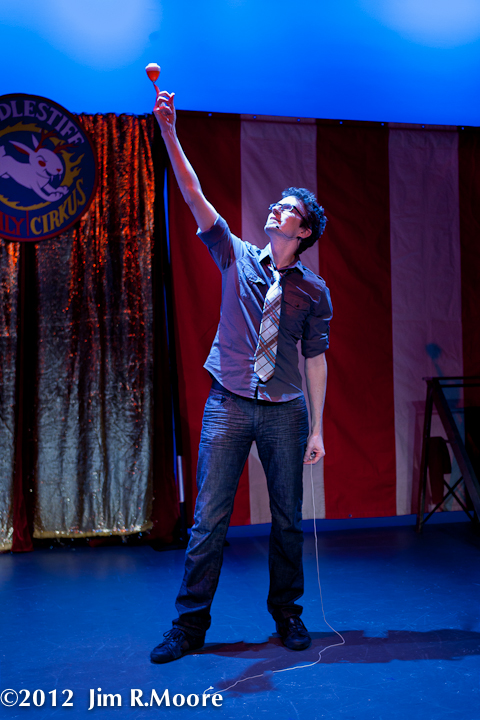 Mark Hayward continued to amaze the audience with his top skills. 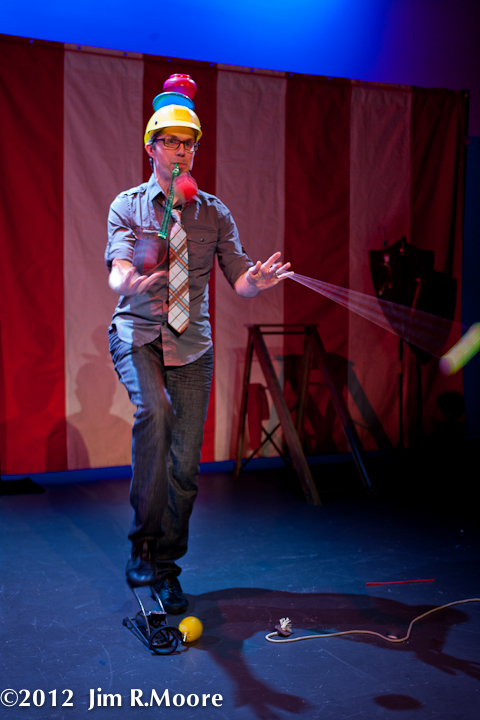 Mark Hayward had a really crazy finale with 4 different objects and things to do. 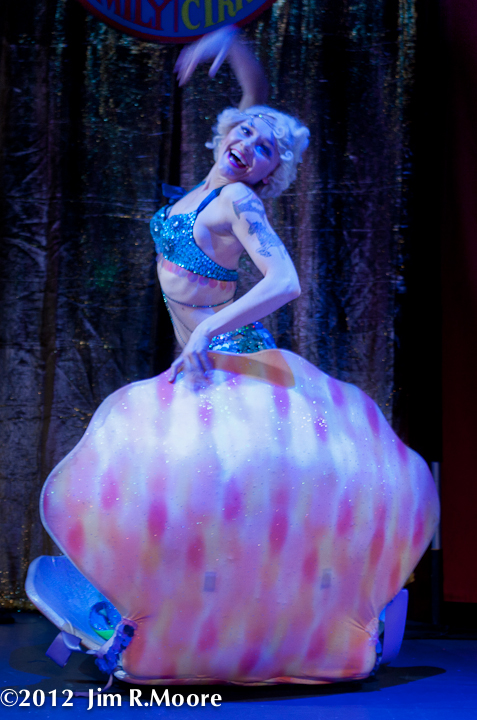 Appearing out of a satin clam shell Ms. Ekaterina was a beautiful and skilled performer. 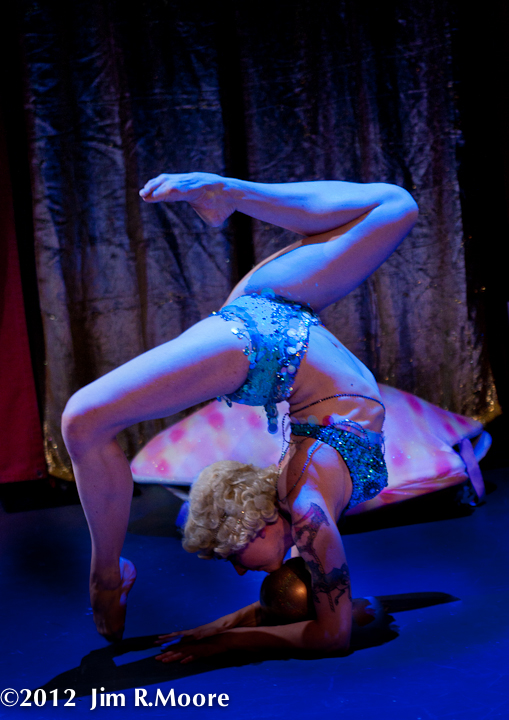 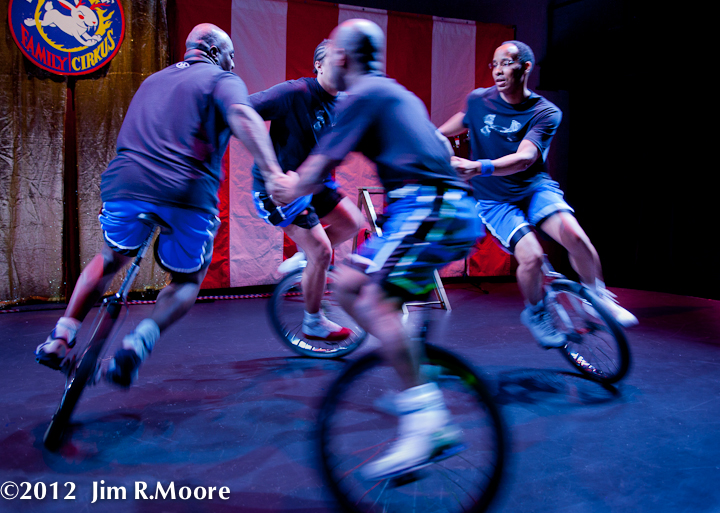 The King Charles Unicycle Troupe was great in their athletic control and the skills on the unicycle. 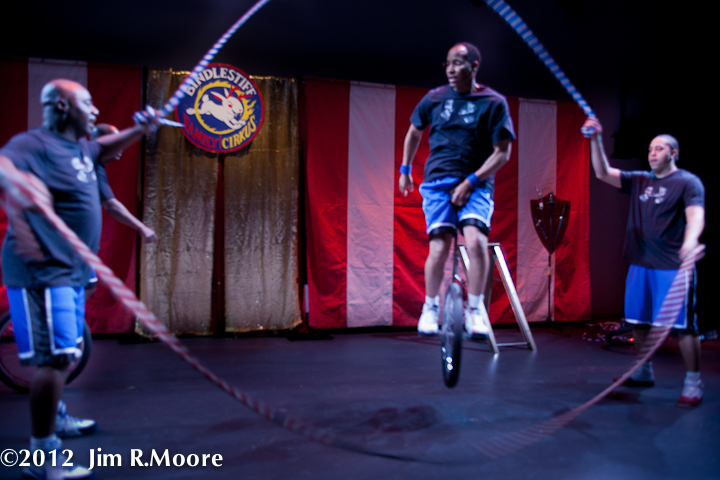 Two ropes and a unicycle jumping in the ropes..great skills are needed here for sure! 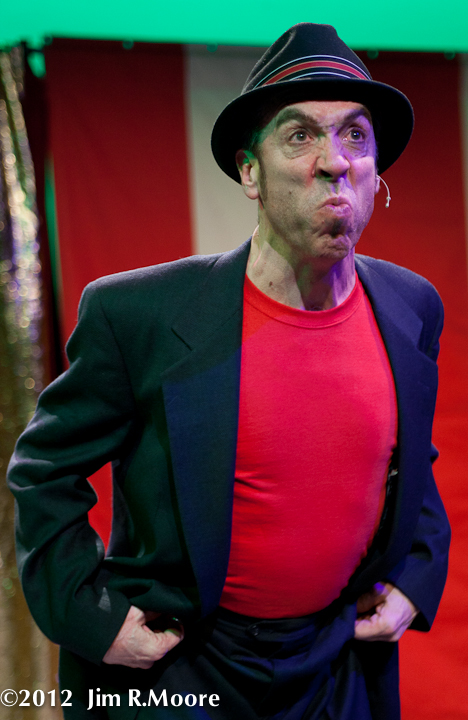 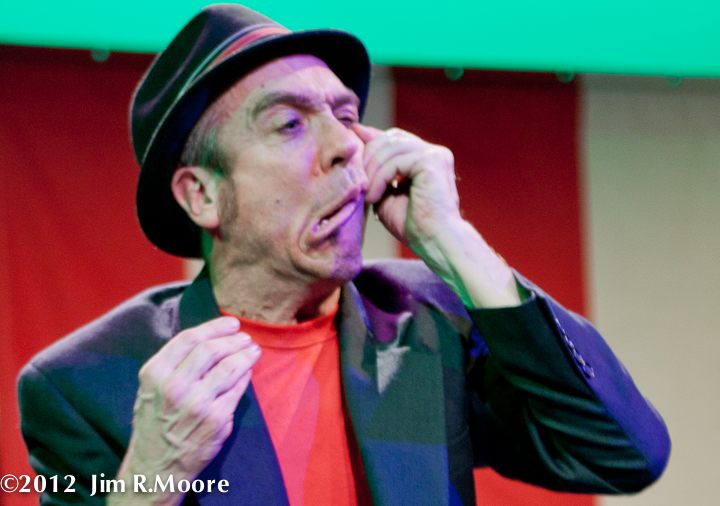 Jeff Hess was able to contort his face in so many different ways. 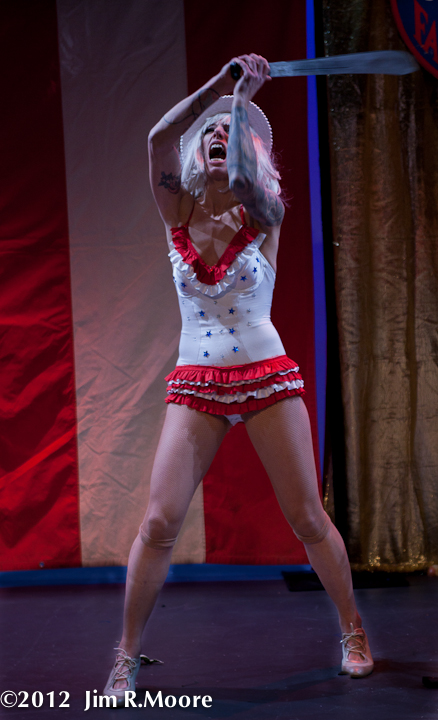 Stephanie Monseu was handling the sword pretty good for a Ring Mistress. 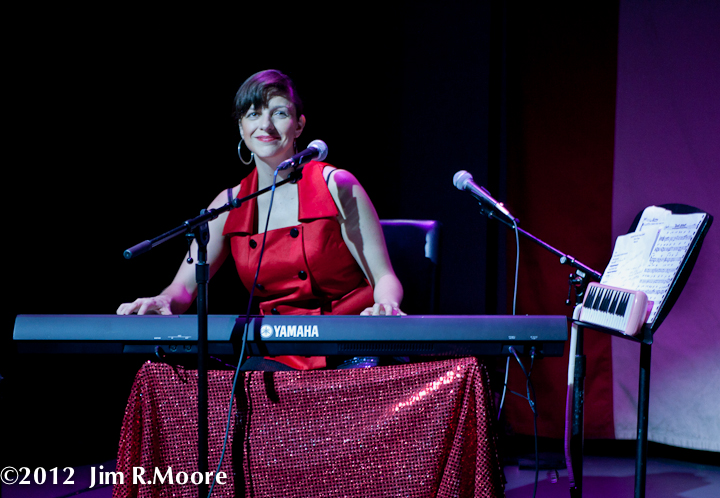 Sabrina Chap performed as the evenings musical accompanist and was great! 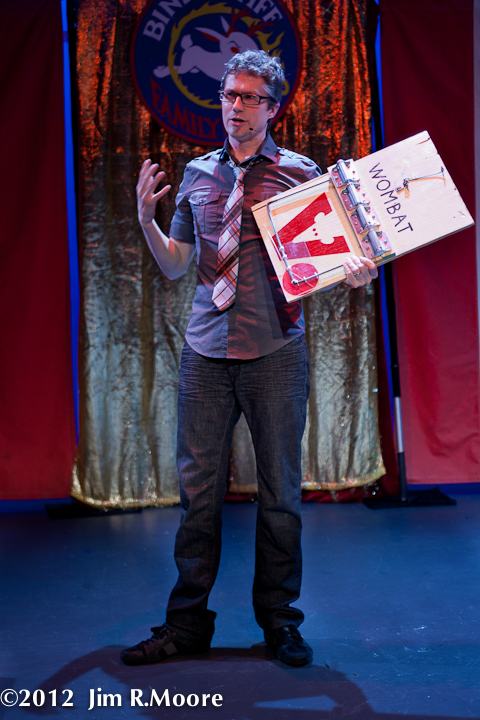 Mark Hayward made this contraption fling 3 juggling balls at him at the same to in order to juggle. 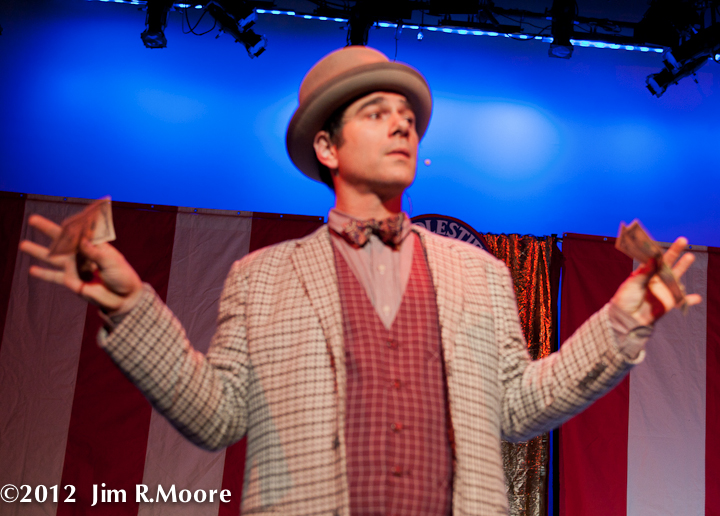 Here is where Keith Nelson borrowed 2 bucks from me to cut in two pieces with his sword. 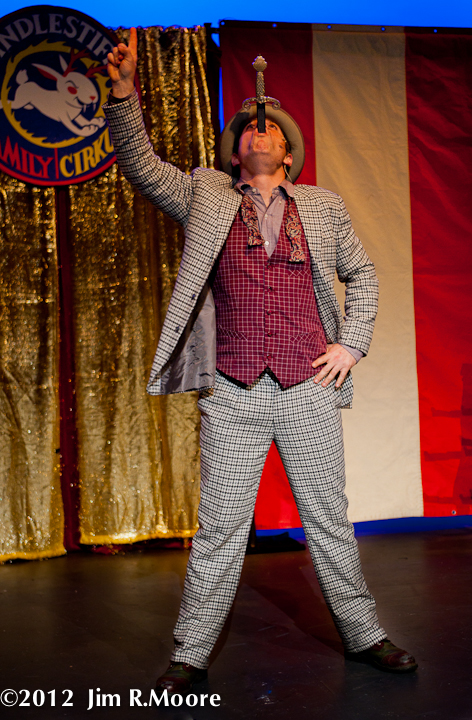 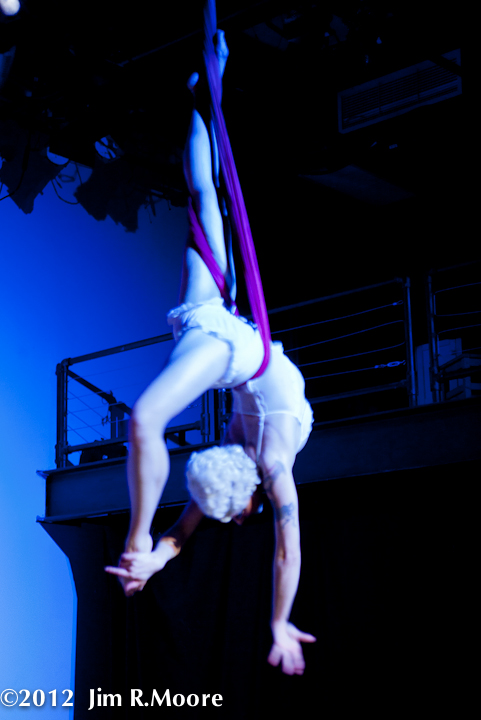 Ms. Ekaterina performing a body bend while hanging from the ceiling on a silk. 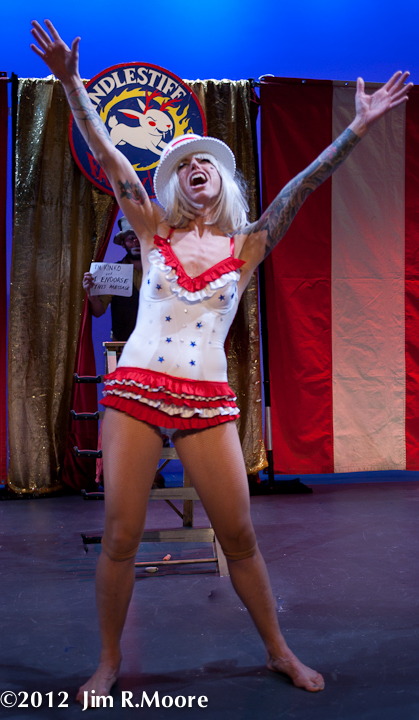 Stephanie Monseu was terrific as the hostess of the evening.

The Bindlestiff Family Cirkus is performing EVERY THURSDAY this Month of March!

Next one is MARCH 15th! Come and enjoy a great Cirkus Experience!

Check HERE for the Schedule.