What a treat! The Bindlestiff Family Circus Cabaret put together an ‘all-star’ lineup of talent for this show!

I was in the 2nd row so I didn’t get the best shots from that seat but I will share a few decent ones with you.

The Bindlestiff Family Circus band was so ‘on-point’ for all the acts. Great addition to the show. Live music makes a difference. 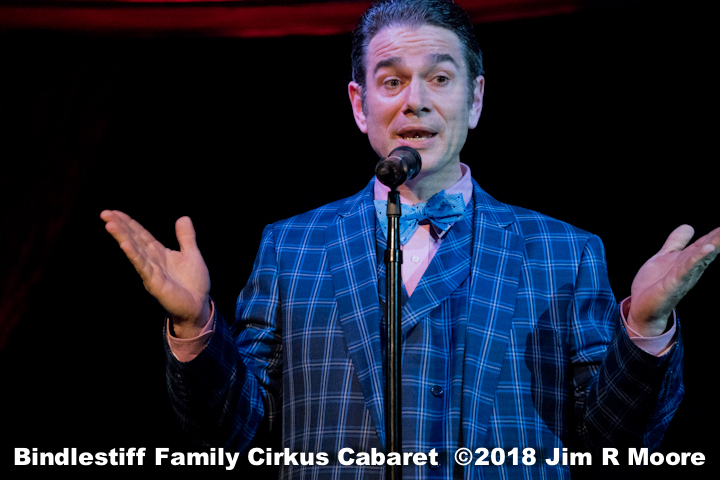 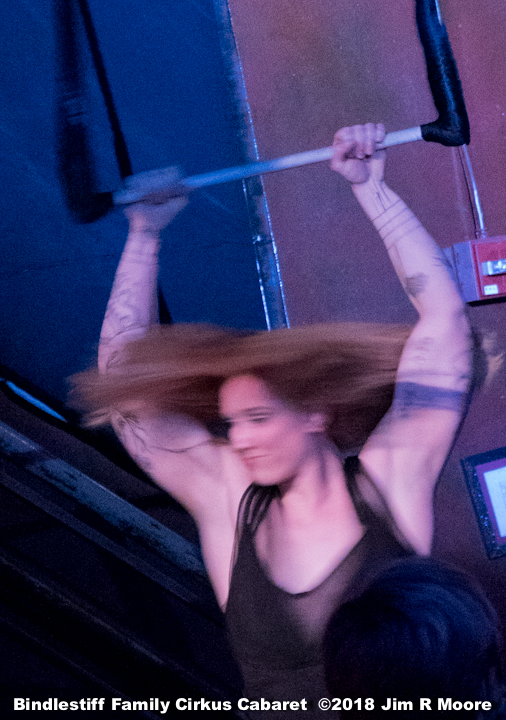 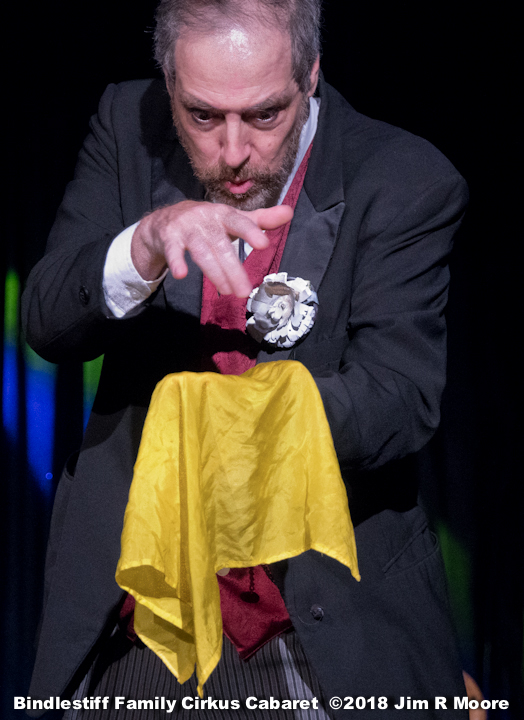 The Great Kaplan (David Kaplan) mesmerized the audience with his magic. 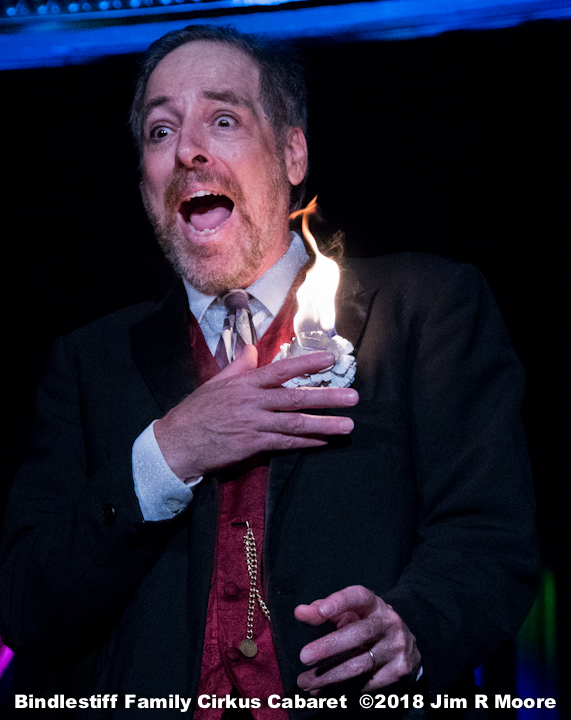 After magically producing a candle it mistakenly (on purpose) caught his suit carnation on fire. 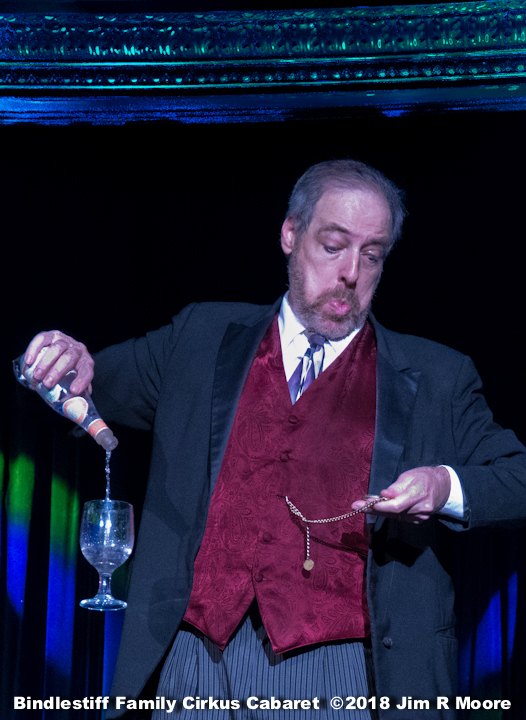 His credits are so long I will just link you to his webpage. A master indeed! Hysterical and very skilled. 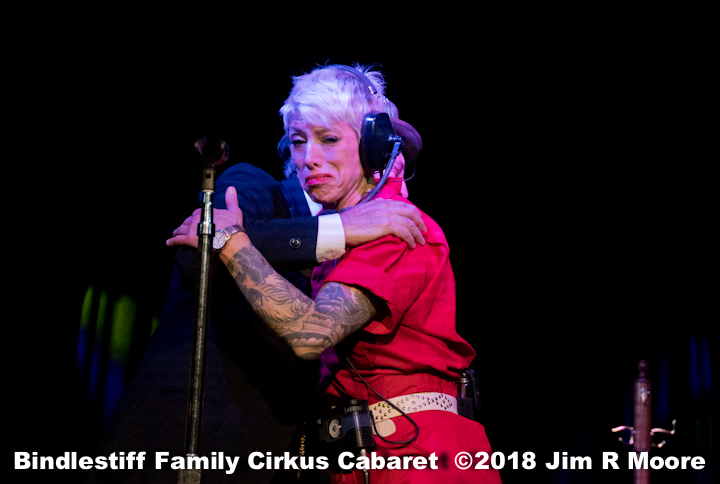 After The Great Kaplan’s grandfather’s uke gets destroyed by a rogue bowling ball he gets consolation from Bindlestiff’s Co-Founder and stage manager Stephanie Monseu. 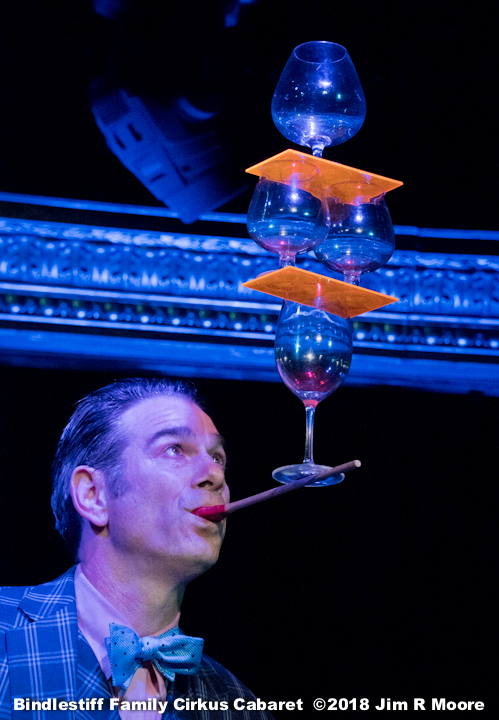 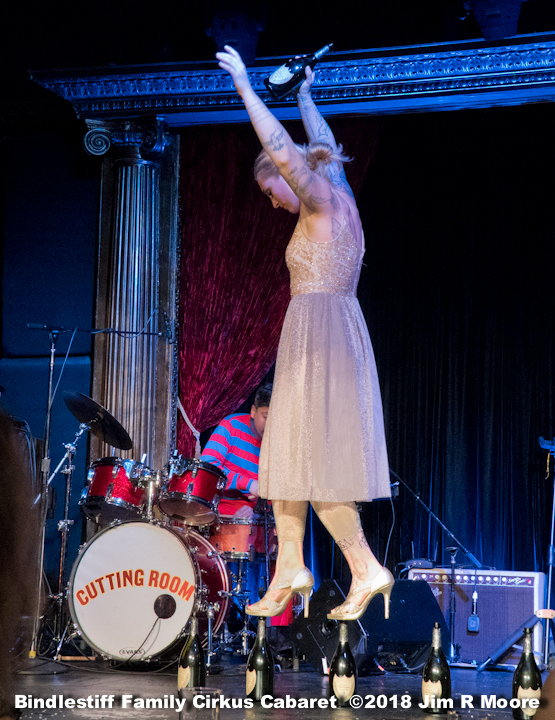 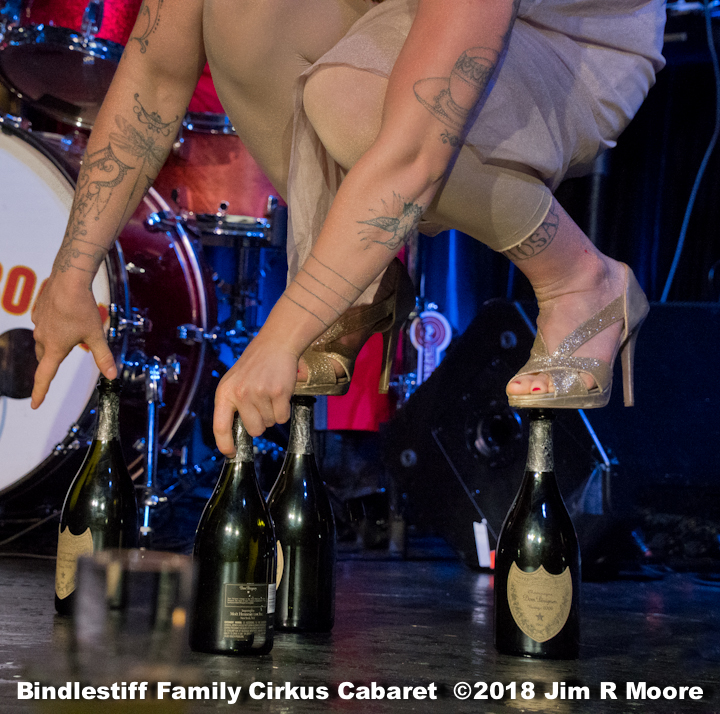 She then rearranged them in a different order/line and balanced/walked on them again. 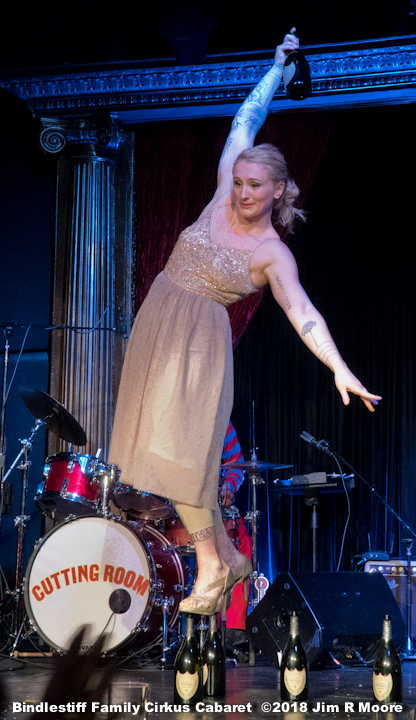 Chloe Somers was fantastic in her skills. 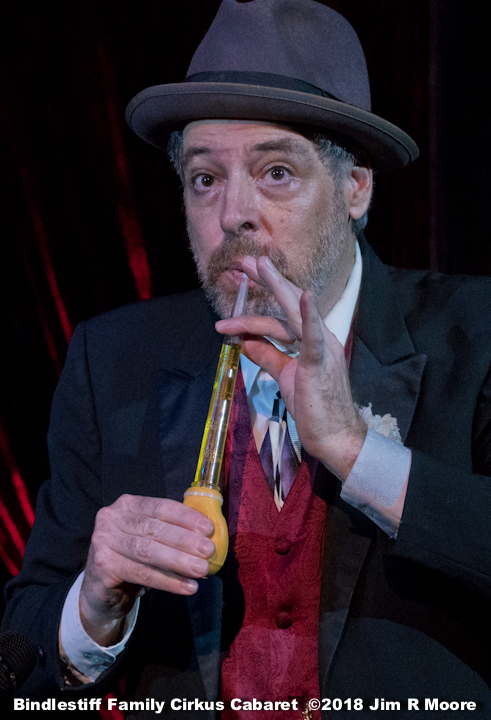 The Great Kaplan returned to the stage playing a ‘turkey baster’. 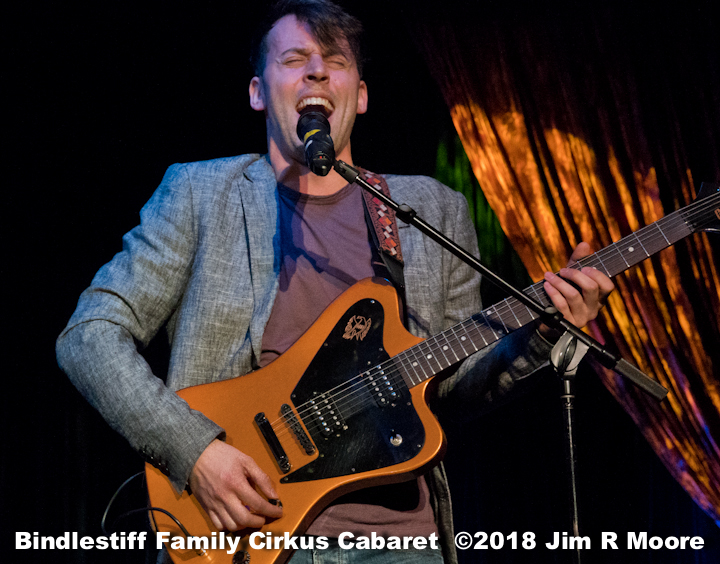 Evan Ruggiero played the guitar brilliantly and tap danced with his peg-leg. 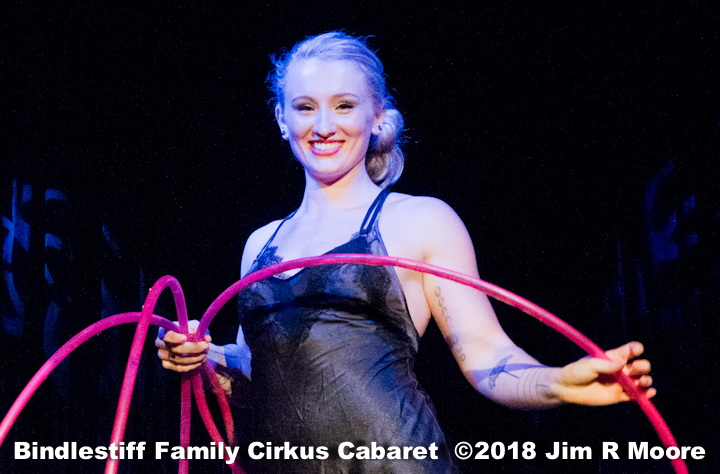 Chloe Somers showed her multiple skill set by returning to the stage with her hula-hoop act. 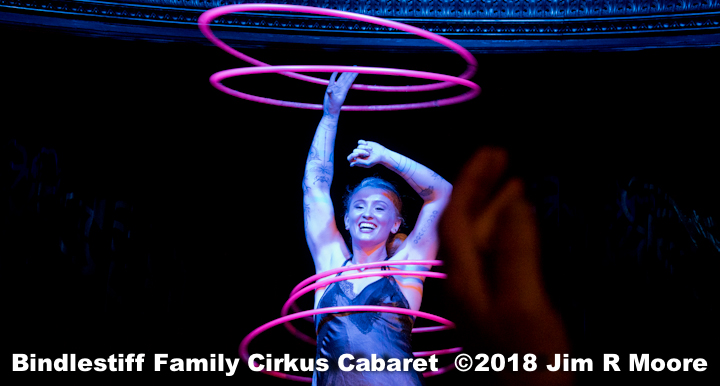 Chloe Somers worked the hula-hoops with such charm and personality. 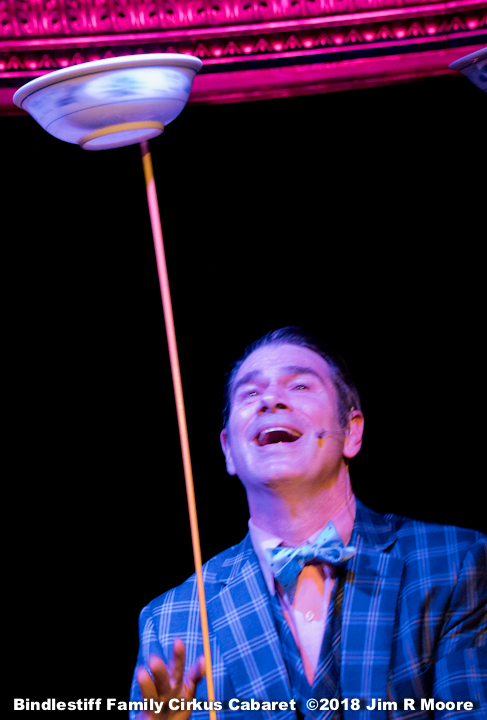 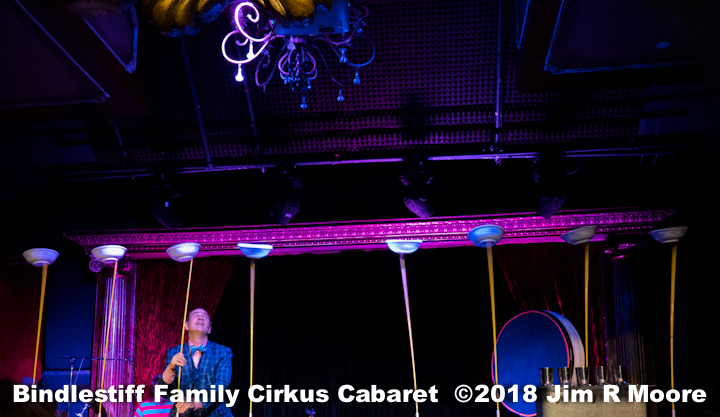 Keith was successful in keeping all 8 plates spinning and catching the spoons in the glasses. 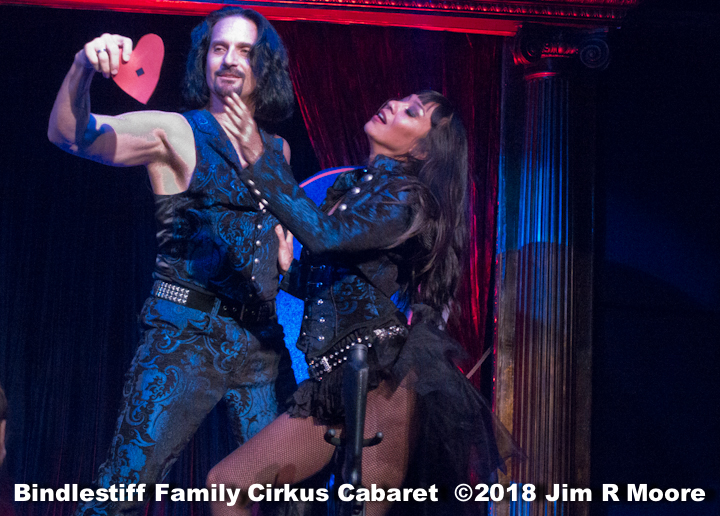 Mr. & Mrs. G finished off the show with their ‘crossbow’ act. Beautiful and daring indeed! 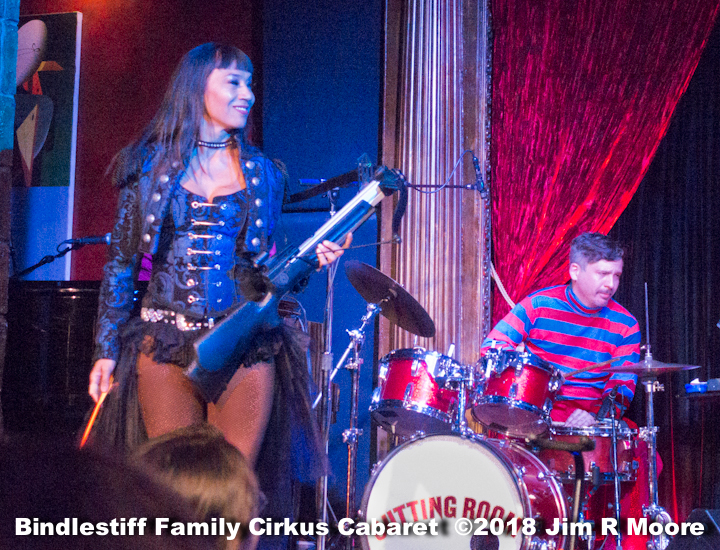 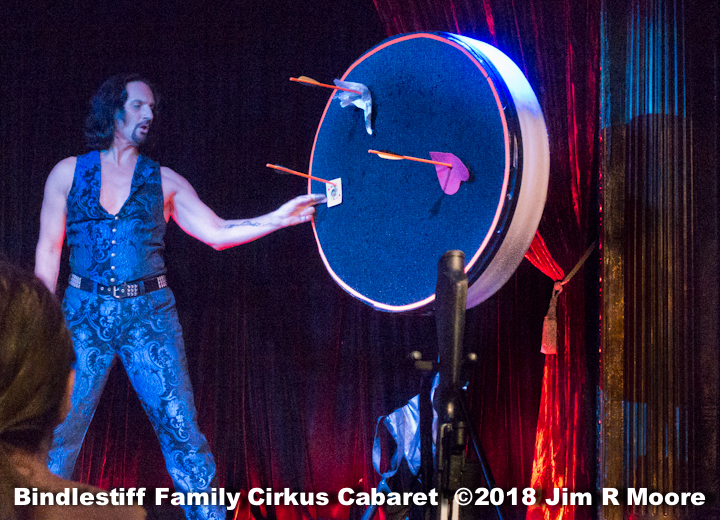 Both Mr. & Mrs. G. fired crossbows at one another in the act. Attempting to hit the target.

For more information on Bindlestiff Family Cirkus and their upcoming events go here!