There is nothing like seeing a show you love a second time!

I photographed the Big Apple Circus show when it opened at the Lincoln Center Bandshell in the fall of 2013. It was a terrific show!

And it got even better!

Here are some photographs I took of the show on Opening day (Sunday, 5/18) at Cunningham Park, Queens. It is a beautiful site. You can relax in the park, talk a walk and then go see the circus…It also happens to be ‘warm’ out which adds to the novelty. 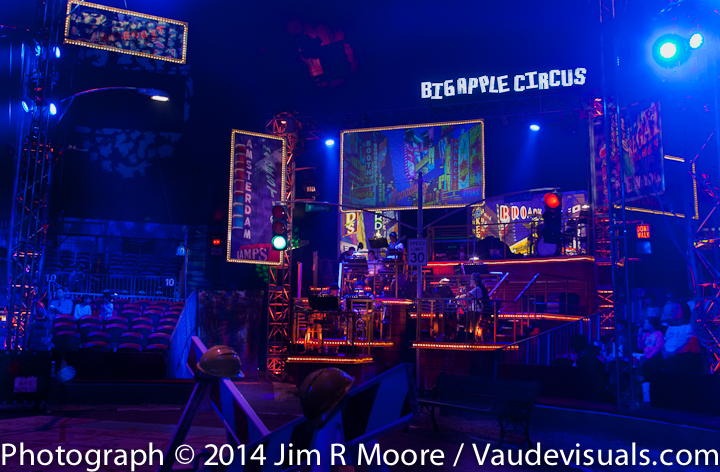 The beautiful set was designed by J. Michael Deegan and gives you the feeling of being in Times Square. 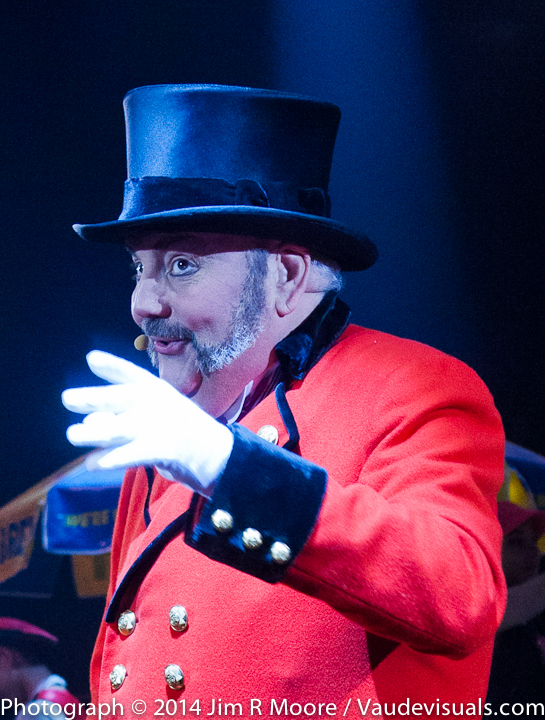 Ring Master John Kennedy Kane keeps the show moving along with a perpetual magic sparkle in his eyes. 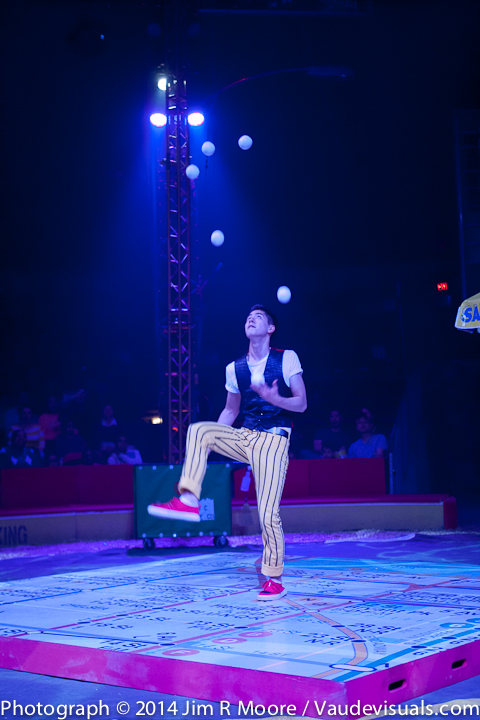 Ty Tojo juggles so well he is in the Guinness Book of World Records. 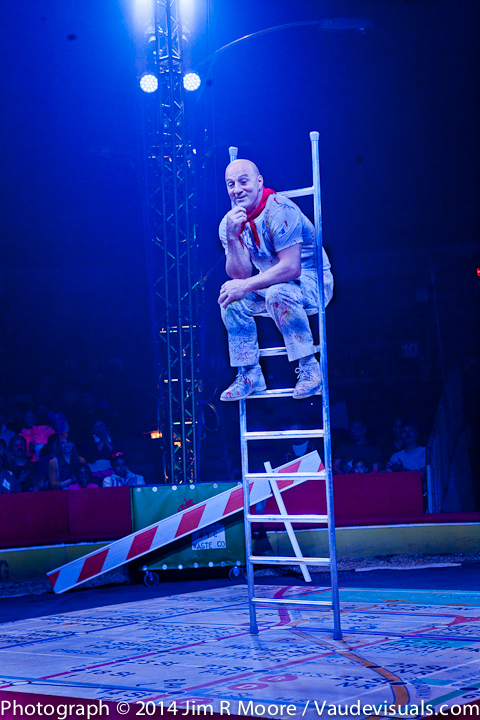 Daniel Cyr performs the ‘free ladder’ routine after a ten year break from it. 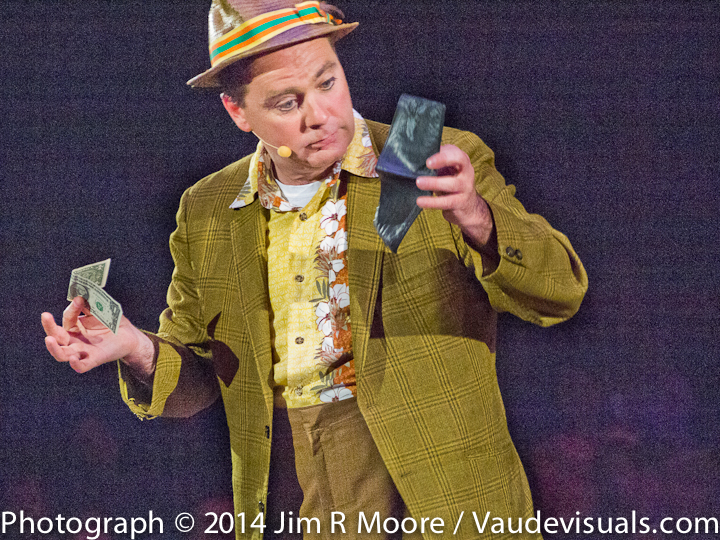 Pierre Ginet speaks fluently in 5 languages but be careful when speaking with him since he mostly is an amazing ‘pickpocket’. 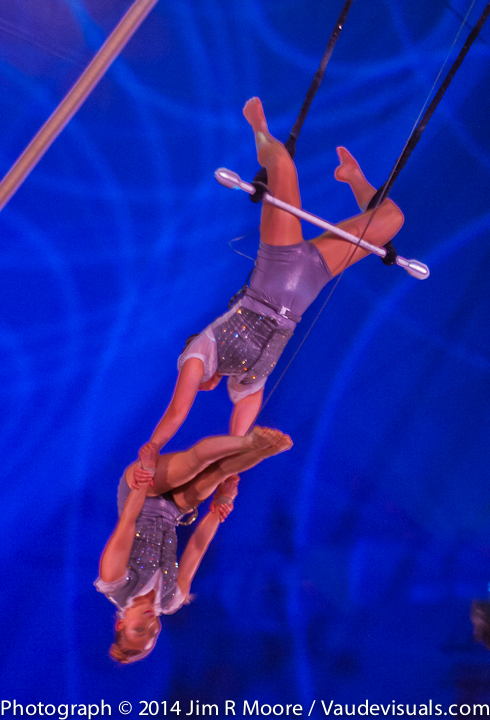 Mongolian Angels were magnificent in their amazing trapeze act. 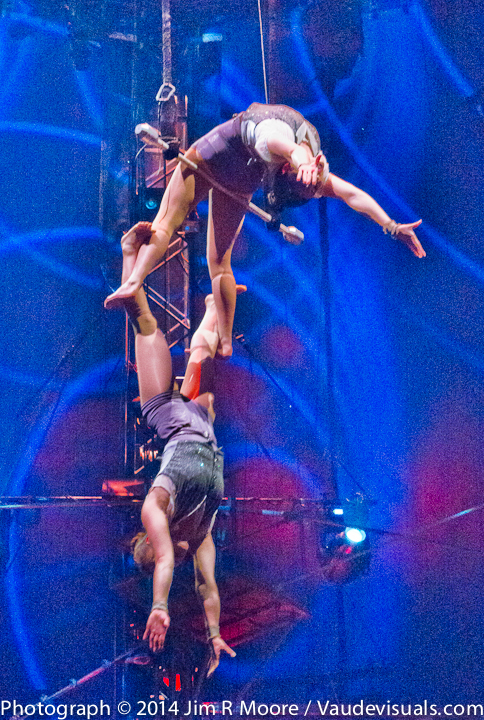 The Mongolian Angels were so amazing I had to post another picture. 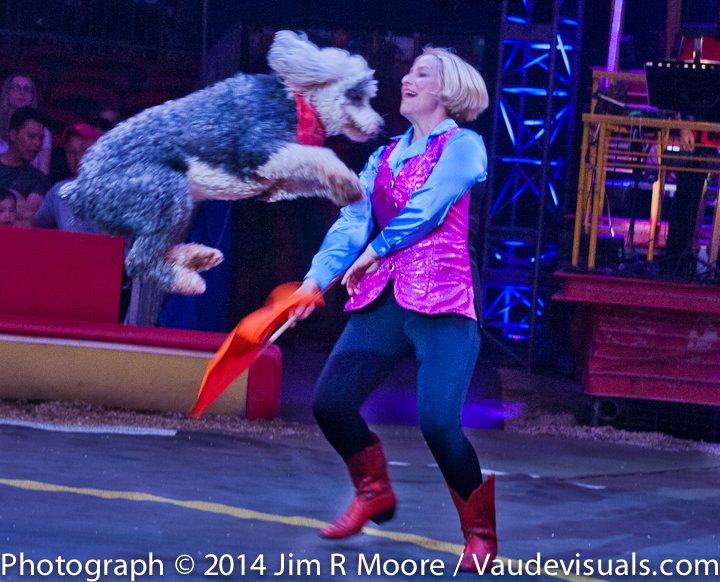 Jenny Vidbel performs with her dogs and horses in the show. 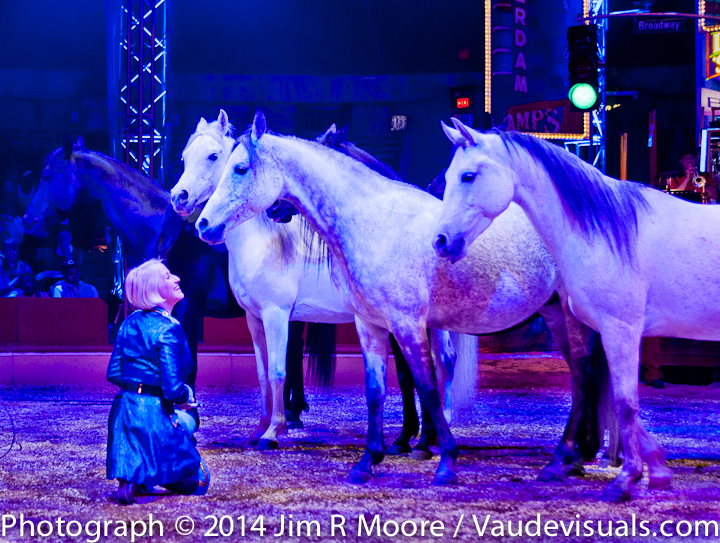 Graceful and charming Jenny Vidbel works with her horses and controls their manners beautifully. 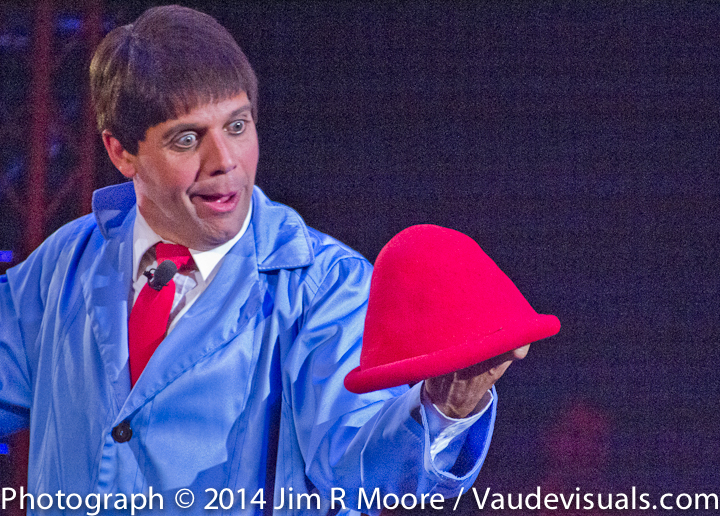 Rob Torres finds a moment of hilarity in his ‘hat’ act. 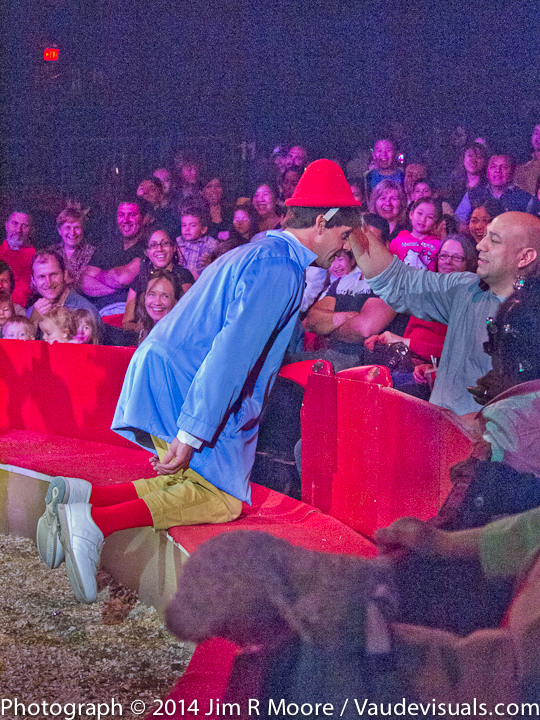 An audience member puts Rob Torres’ hat on his head during his ‘hat’ act. 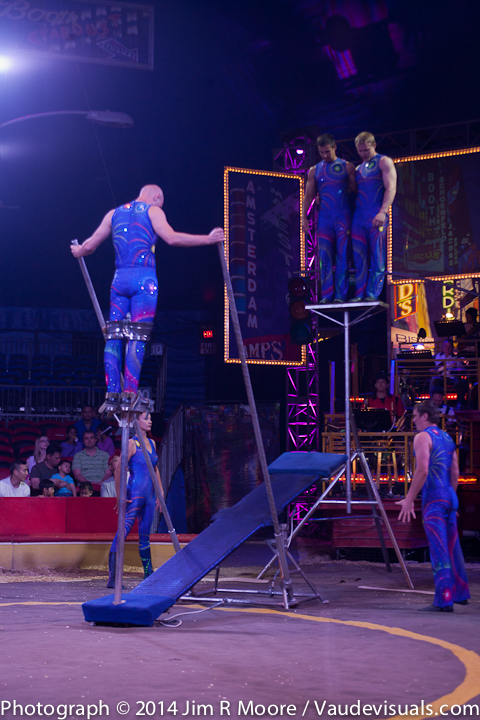 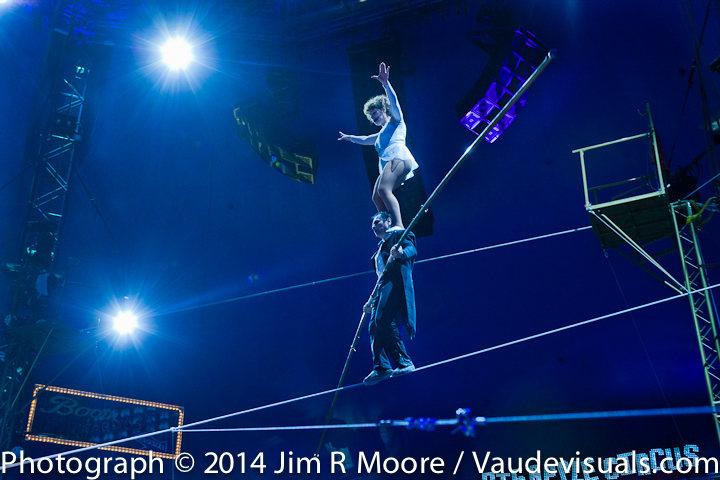 Werner Guerrero and Aura Cardinali (Duo Guerrero) walk down an incline wire while Aura is on Werner’s shoulders. Great Act! 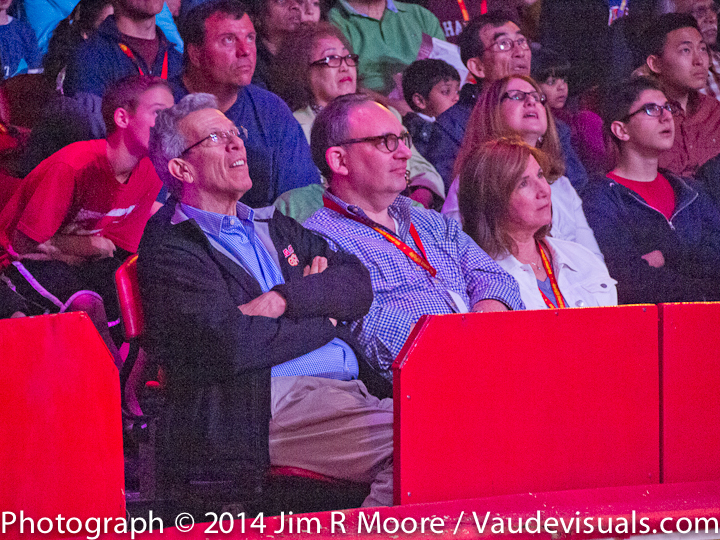 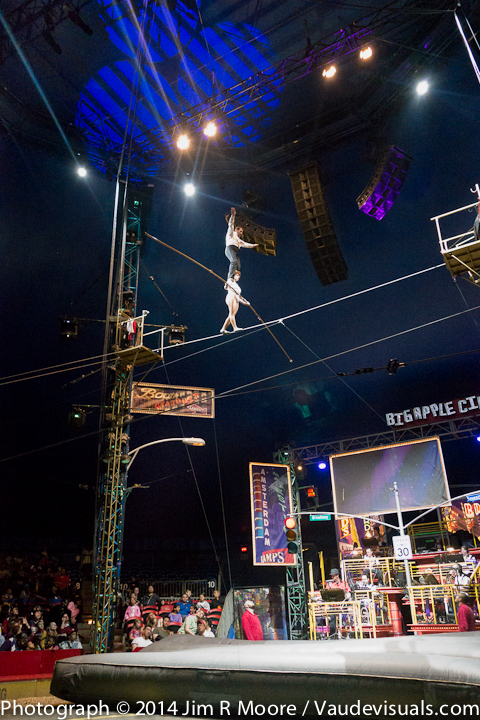 Duo Guerrero again on the shoulders. But this time Werner is on Aura’s shoulders.

The show was directed by Michel Barette

For more information on Cast and Creative go here.

For more information and tickets to LUMINOCITY go here.