On Monday at 11am a Celebration was held at the Morgan Stanley Children’s Hospital on Broadway and 165th St.

In the beginning it was only three clowns. Michael Christensen (Mr. Stubbs), Barry Lubin (Grandma) and Jeff Gordon (Gordoon)

It also has inspired many other groups world-wide to develop in Germany, France, Mexico etc. 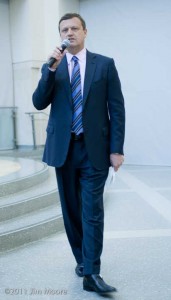 Dr. Robert Seigle, pediatric nephrologist spoke about his relationship with the Clown Care group from the beginning. 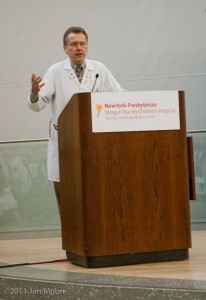 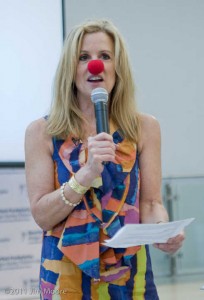 They had celebratory cup cakes donated by Magnolia Bakery. 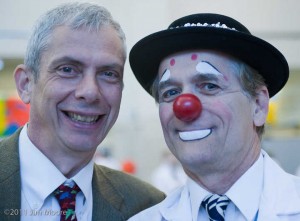 The event was very emotional. Michael spoke about the role of the clown in the hospital environment. The Big Apple Circus Clown Care has been working in hospitals for 25 years and has brought joy and laughter to many children. 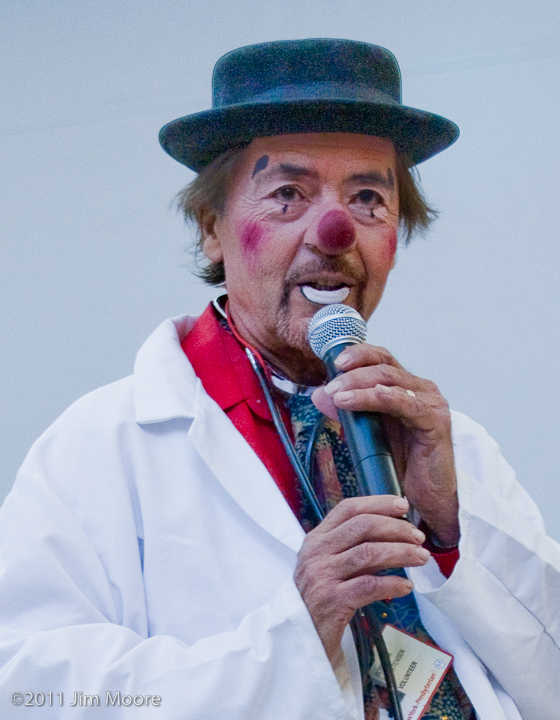 Directing part of his talk to the clown members of the audience he spoke of the importance of their work.

The Clowns gathered together at the end of the celebration and collectively chanted;

“See you down the road”

The tuba and banjos began playing as they marched out of the Morgan Stanley Children’s Hospital and into the street.

They gathered their belongings, suitcases and instruments and paraded out the front door and took the subway to another hospital in Harlem.

Here are some photographs from the day. 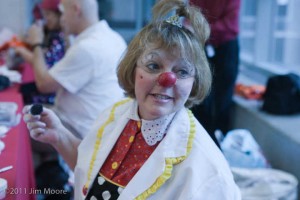 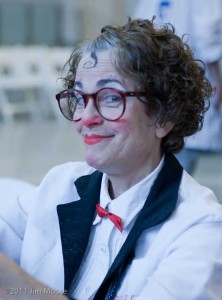 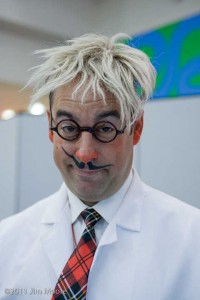 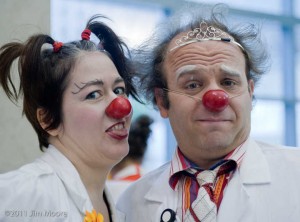 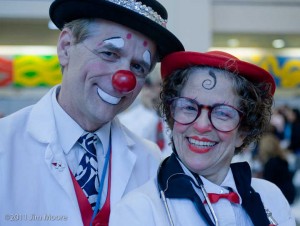 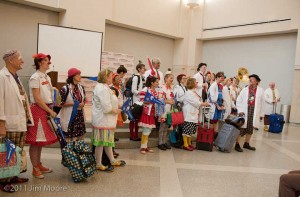 Getting ready to Parade out the door. 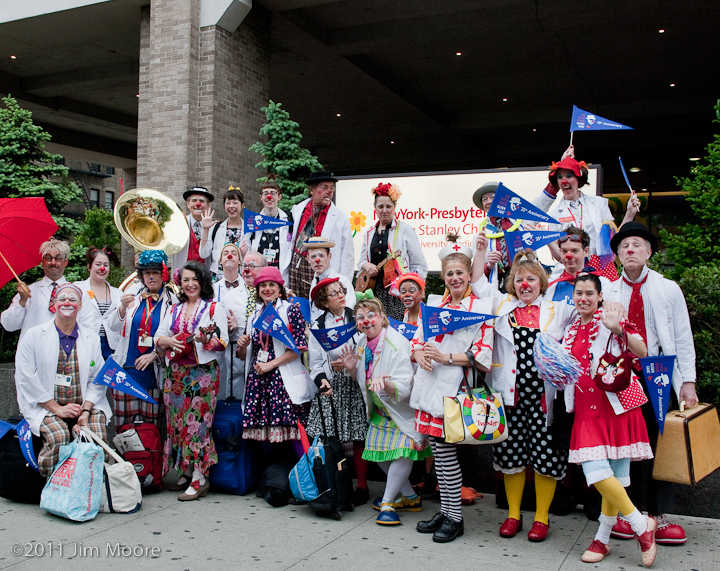 (Not listed in order) 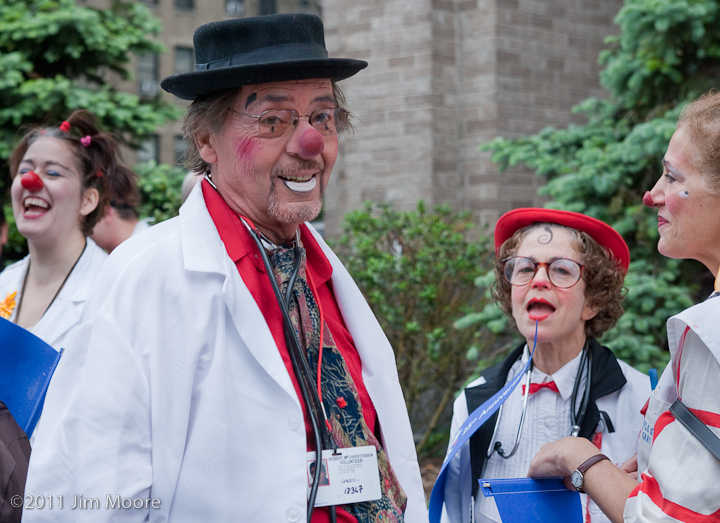 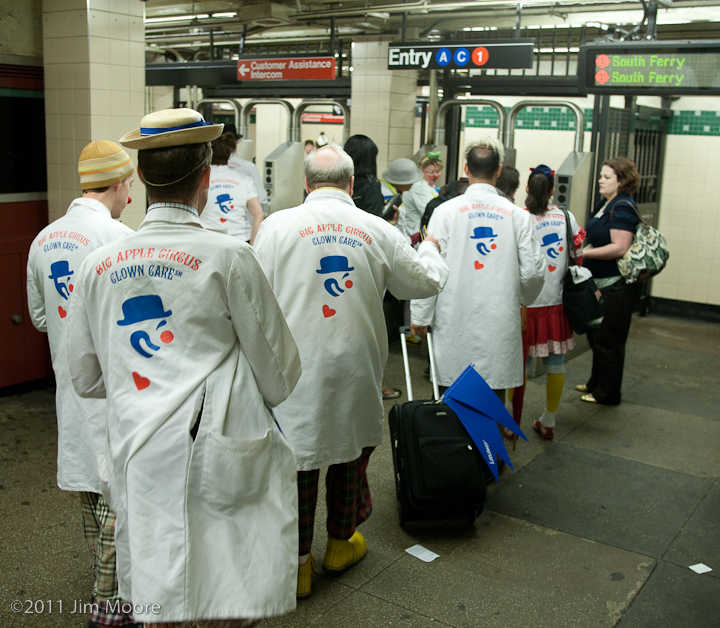 The Big Apple Circus Clown Care ensemble (in hospital coats) travel to the next hospital in Harlem. 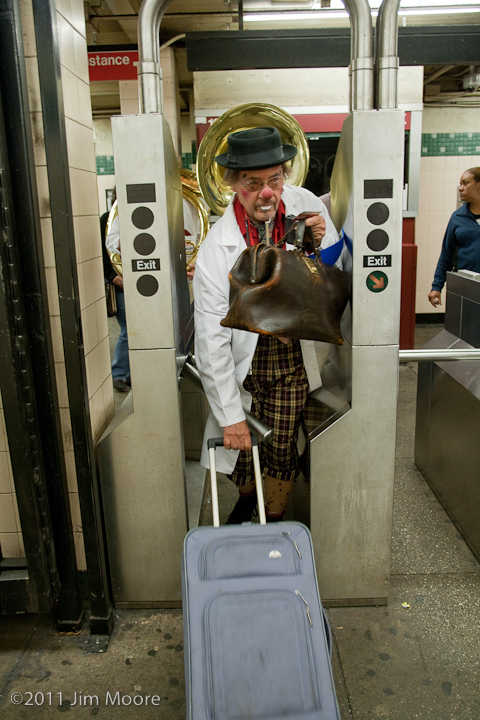 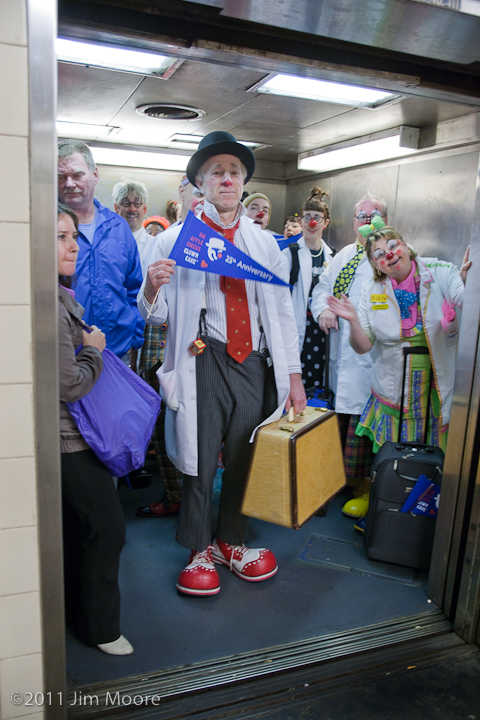 Juggler Will Shaw with Big Apple Circus Clown Care 25th Anniversary Banner getting on the elevator with peers.