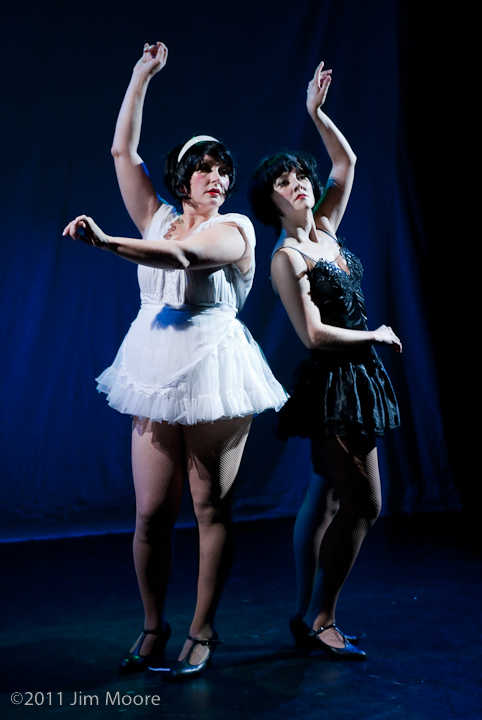 The Evening was hosted by The Leroy Sisters. 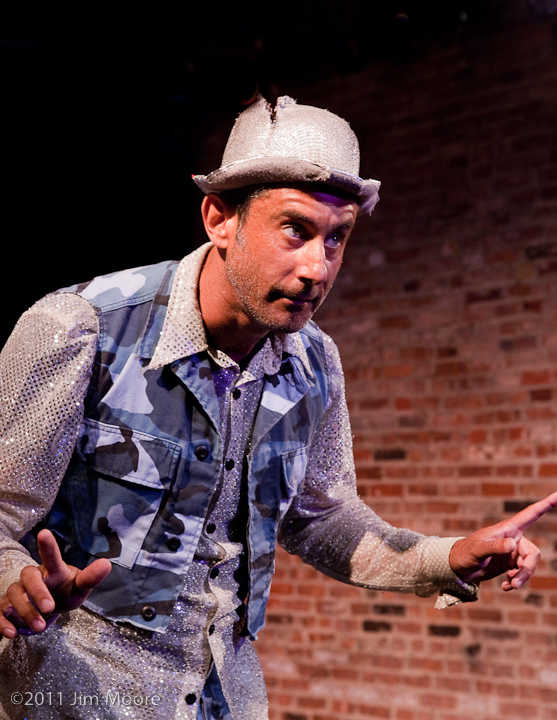 Tivo la Resistance is back for more fun! 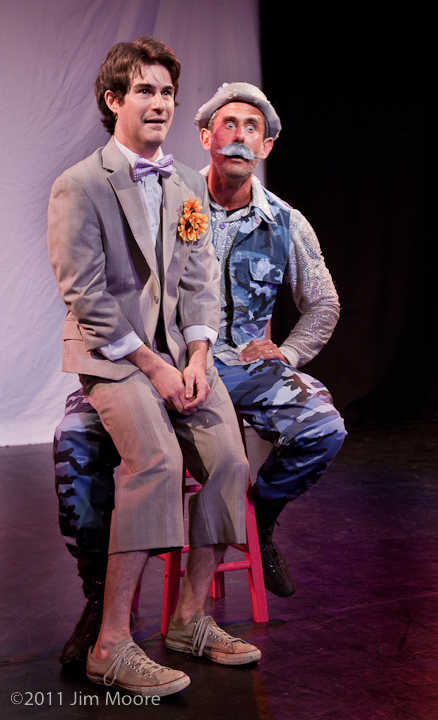 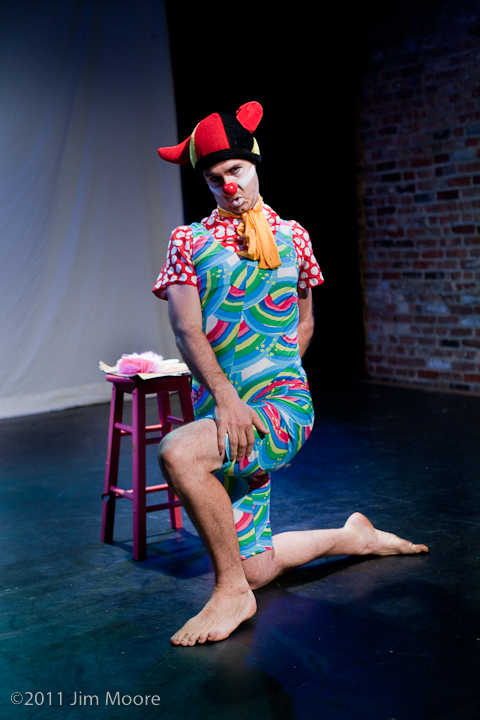 ‘Haming it up’ for the camera, Hew Parham from Australia. 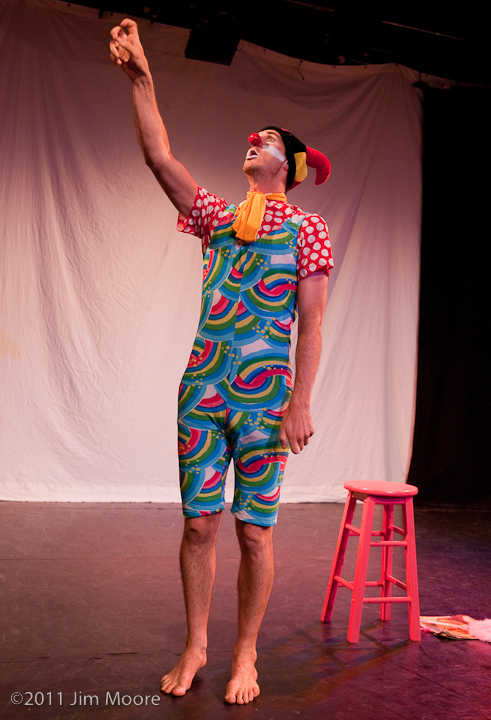 Hew Parham performs an excerpt from his show ‘Odessey Schodyssey’. 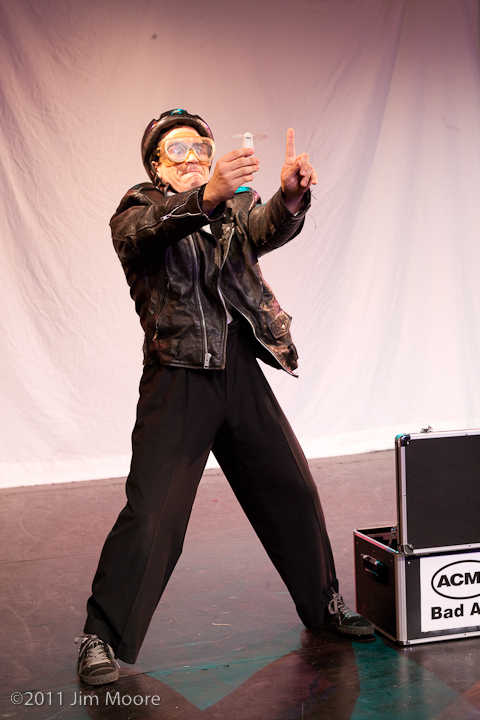 Mark Gindick performs a feat of ‘daredevil’ magnitude in an excerpt from his show ‘Wing-Man’. 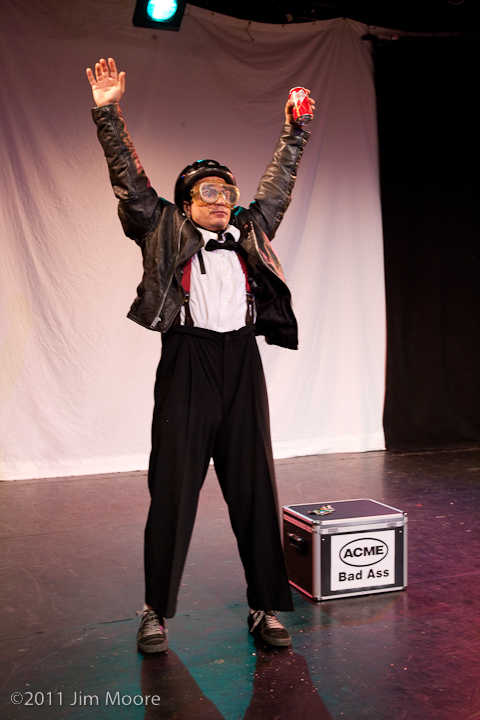 Feeling a level of achievement Mark Gindick flails his arms after swallowing a mouthful of Pop-Rocks and drinking Coke! 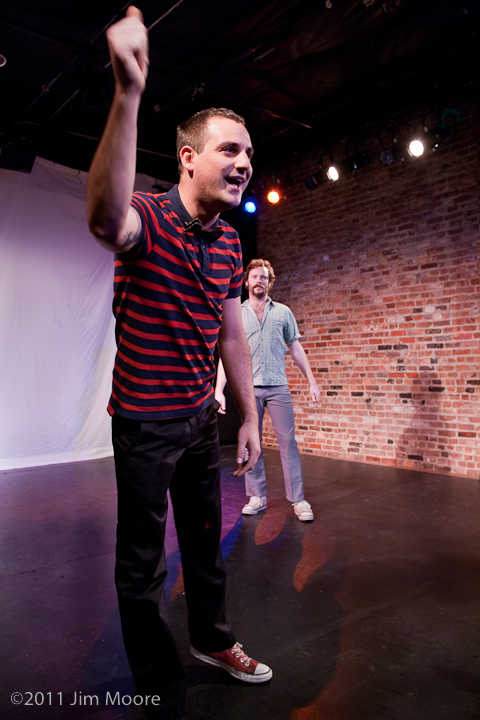 Jeff Seal(foreground) and Chris Manley looking on during an excerpt form their show ‘Neon Lights’. 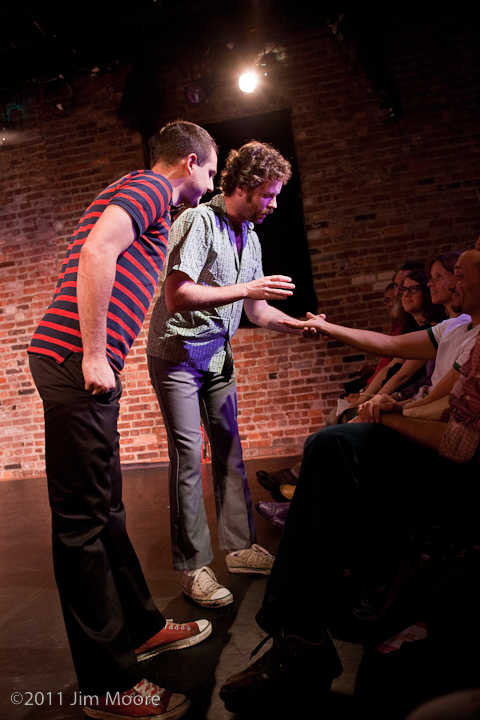 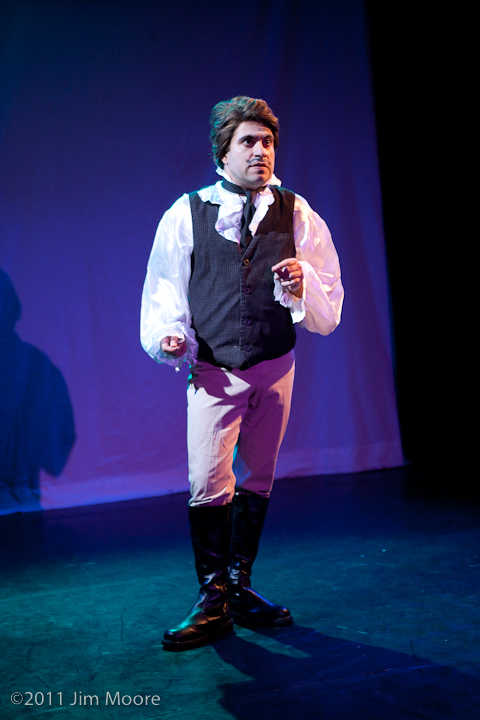 Christopher Rozzi entertaining the audience in a scene from his one-man show ‘Bezinkule’. 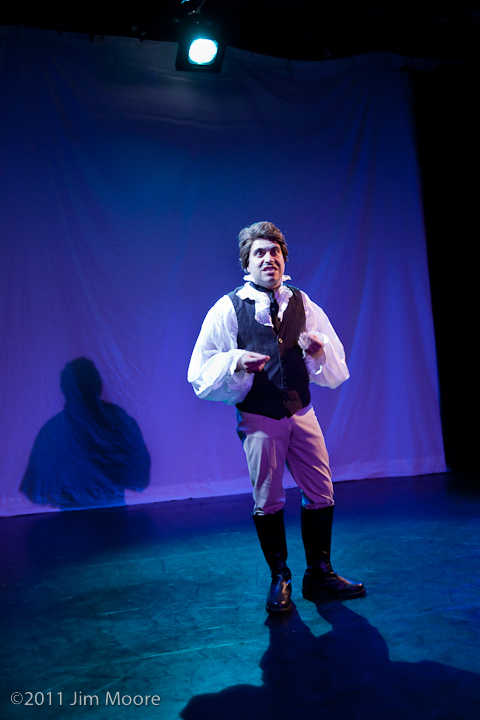 In the spot light is Christopher Rozzi in a wonderful verbal-voyage to places we aren’t ever going to visit again! 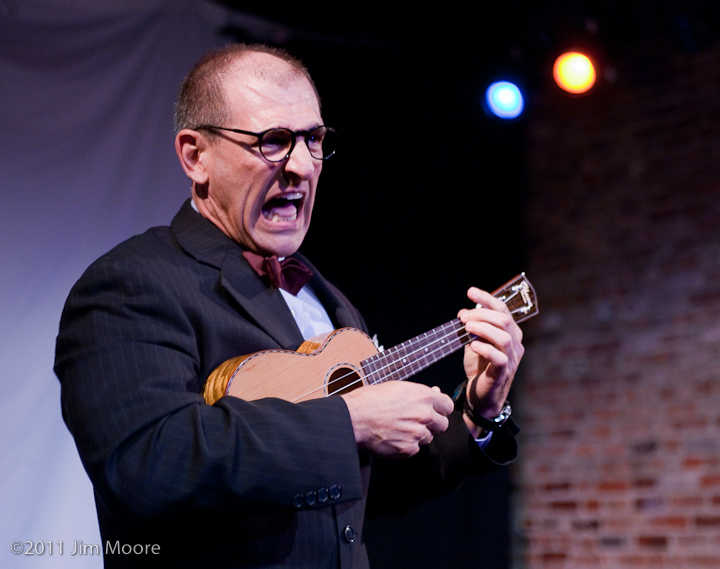 Joel Jeske performing a segment which will not be part of his one-man show ‘I Have Never Done This Before’. 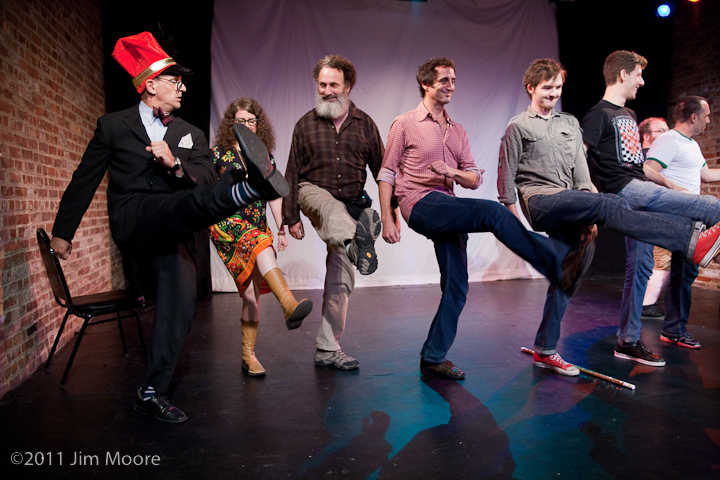 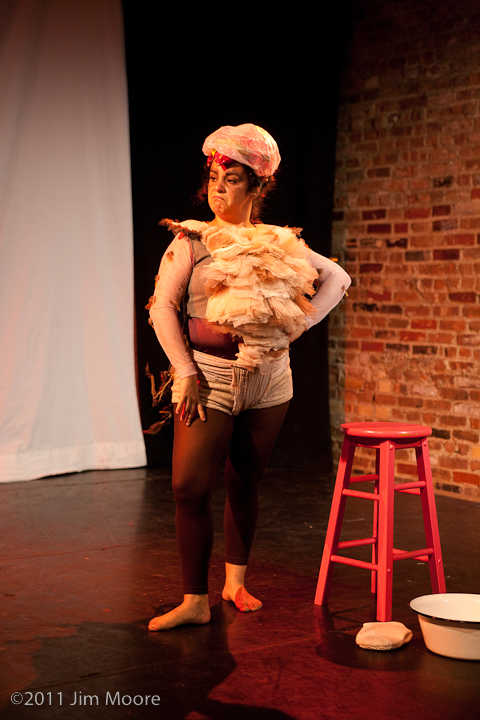 Gabriela Munoz is performing a segment from her duet show ‘Flocked’. Along with: 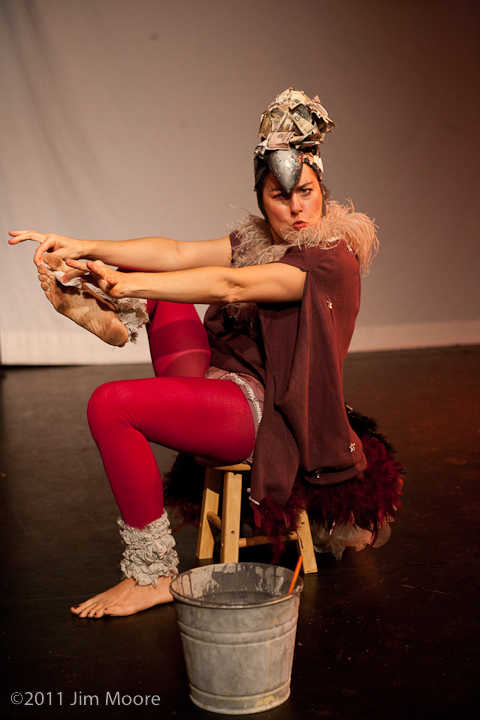 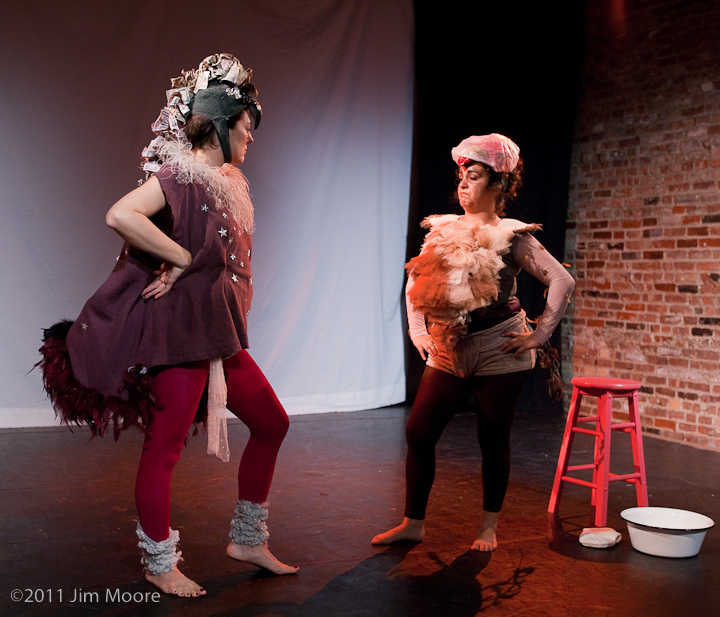 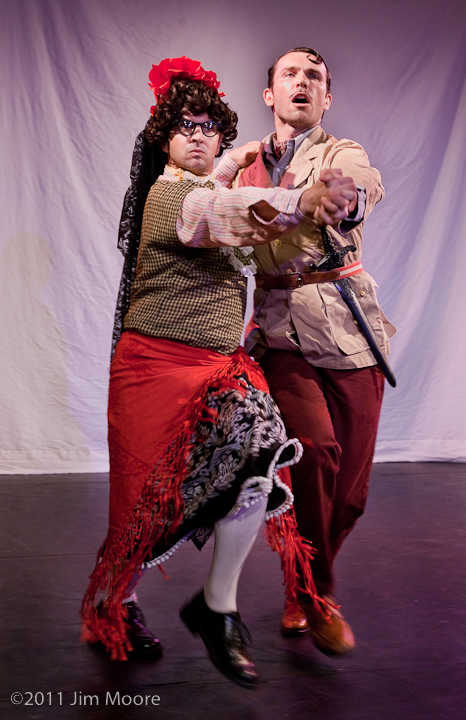 The marvelously charming and funny duet ‘The Donovan Ensemble’ will be hosting the cabaret on Wed. Sept 14th 8pm.

Also in the festival but not here are CHANNEL ONE with Emily James and Ishah Janssen-Faith and ‘Morro and Jasp GONE WILD.

Information about the festival can be had here.

A Tribute to the World Trade Center --- Pre 9/11 Remembrances