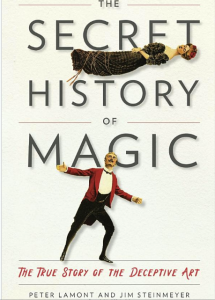 When does the history of sleight-of-hand begin? “If you read a standard history of magic you learn that it began in ancient Egypt with the resurrection of a goose in front of the Pharaoh… the history of magic is full of such stories which turn out not to be true,” state authors Peter Lamont and Jim Steinmeyer in their recently published The Secret History of Magic: The True Story of the Deceptive Art.

This, the above, is the active claim of this book. However, to quote Gertrude Stein’s bon mot: there’s no there there! Indeed, the authors’ present another textbook-like example of a strawman argument – one devoid of fulfilling its proposition. Poof!

By turns this book, which purports to represent “the true story” of stage magic’s origins, stunningly misleads, obfuscates, omits, mischaracterizes matters, as well as in essence defames past historians of prestidigitation.

For example, they call the late Milbourne Christopher an “amateur” at history writing, never mind his enduring vast output and his insightful and illuminative professionally rendered historiography in the field of magic scholarship. 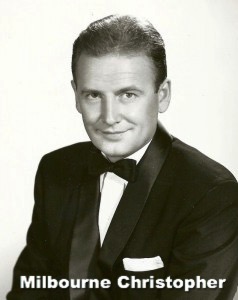 What’s more, Lamont and Steinmeyer are themselves not professionally credentialed magic scholars..While Lamont’s PhD is authentic, his legitimacy is in that of the domain of psychology, not in that of theater history or magic academia.

And, if one were unnecessarily to concede the silly pinprick of Christopher, then, in the event, we’d say he is a “great amateur”, with Lamont and Steinmeyer being but “middling professionals”!

Their strawman argument is that “the standard magic history” starts with the false origin story account of Cheops-era Egyptian wonder-worker Dedi and his fabled, dexterous decapitation feats.

To the contrary, this is a gross misrepresentation of what Christopher and others have presented to their readers in connection with Dedi.

#1 Half of such “standard” magic histories omit this Dedi tale entirely.

#2 Those authors who do cite the obviously outsized legend of Dedi, do in fact go out of their way, as does Christopher, to cast the issue in the light of incredulity and disbelief – a matter omitted in bad faith towards readers by Lamont and Steinmeyer.

Here below are the actual words of some authors of the “standard histories”:

Milbourne Christopher in his works states the Dedi account is ‘farfetched’, ‘myth’, ‘fiction’, and to be taken ‘with a proverbial grain of salt’.

James Randi called the Dedi account “hyperbolic” in his “Conjuring”..

These are the actual representative sentiments written by two out of many other magic scholars one could similarly quote on this subject.

Interestingly, Steinmeyer himself omits Dedi in his previously published chapter The Origins of Wonder in the Taschen edition of Magic edited by Noel Daniel.

Unless the reader of Lamont and Steinmeyer has access, as does this reviewer, to at least 95% of the sources cited in their book, the average lay reader – or even the generally knowledgeable magician – will be at sea, without much ability to interrogate the authors’ wantonly bogus assertions.

They question Robert-Houdin for his famous apothegm “the magician is an actor playing the part of a magician.” About this they unkindly make much ado, noting Houdin was never an actor. They neglect to acknowledge that his observation is aspirational, an ideal artistic goalpost.

John Mulholland, a more gracious quoter of Houdin’s insight, offered his own modification: “Playing the part of a magician who happens to be himself.” 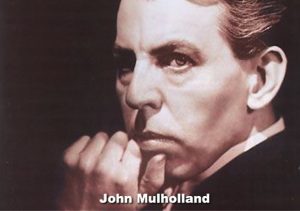 They blast as fictional the belief that sleight of hand performers had been persecuted. Despite the caviling of the authors, the historical record affirms this belief, and, sadly, in recent times Middle Eastern Jihadists killed a street magician in Syria for yes! practicing alleged witchcraft.

In the 19th century the celebrated traveling magician Señor Antonio Blitz recalled in his popular memoir “50 Years in the Magic Circle”, how full of trepidation he was when visiting Salem, Massachusetts – full of fear for his life given lingering superstitions vis-à-vis the magician’s plying of his craft.

Given the authors’ self-touted claims that their project is that of correcting and upending falsehoods and fictions in others’ histories of magic, it is, to say the least, very curious indeed that in a reference to all the various biographies of Harry Houdini, they single out for being especially noteworthy, a recent one by Kalush and Sloman., the very one constructed with hundreds of pages of the techniques of… FICTION! (and criticized for this by a prominent critic in the New York Sun)

In a little side excursus, the authors even question belief in democracy, as, you guessed it!, but another illusion. Experientially, not just notionally, one knows how different it is to be living in an open society with democratic practices, from how it is and feels in a closed authoritarian society (perhaps they believe otherwise).

They credit the late Dai Vernon with a special procedure for doing the iconic effect, The Cups and Balls; yet here, too, they are in error given that his climax ball production methodology which they extoll was actually appropriated by Vernon’s observing the amazingly bold and subtle gambits of old ‘Pop’ Louis Krieger who goes uncredited (but our authors are setting the record straight!). 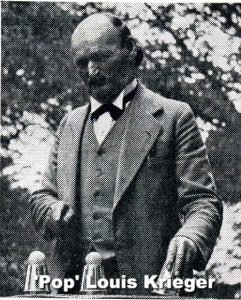 In the authors’ tour de’ horizon of the contemporary scene in magic, they alight on stuntster David Blaine without informing readers that Blaine’s television Street Magic with its attendent focus on the reaction shot is coolly derived from (lifted from?) Jeff Sheridan, whose consequential 1977 Doubleday book Street Magic provided title and the book’s prolixity of photographs by William Biggart established the template for the reaction shots – see that book’s multi-page portfolio of street-audience-reactions to Jeff Sheridan in-situ street magic set in the out of doors Manhattan, New York. Here as well, the authors Lamont and Steinmeyer are remiss in truly setting the record with exactitude. 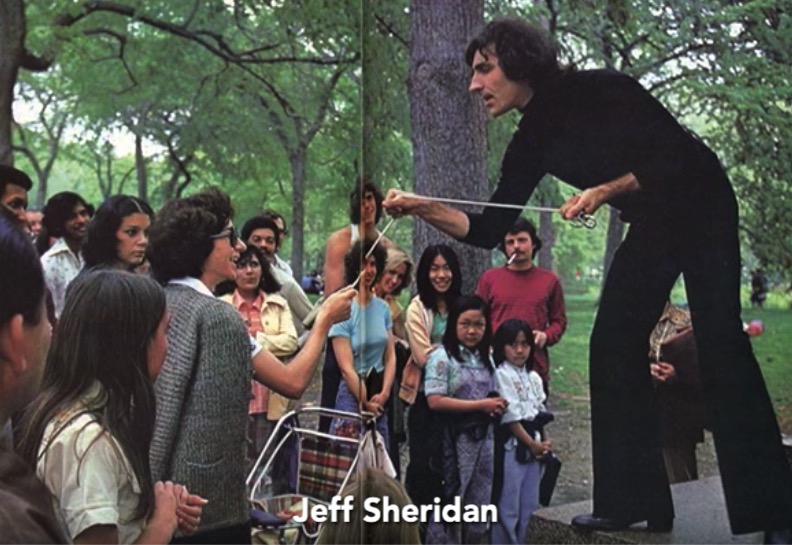 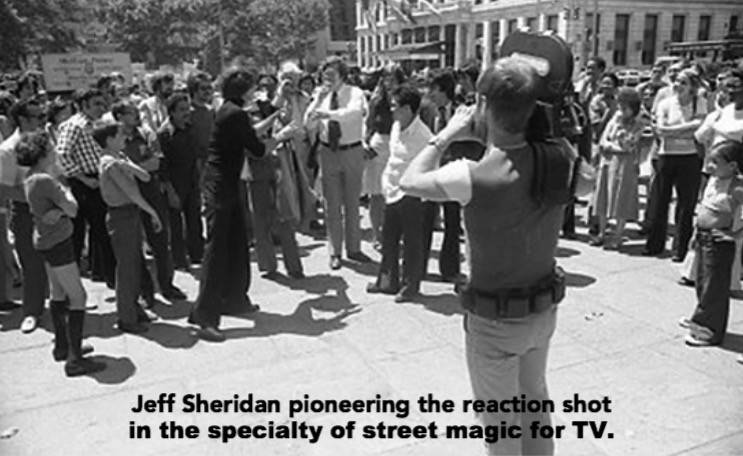 The authors aver that as opposed to the “standard” accounts, they propose to set forth a counter narrative more like “the true story” their subtitle promises.

To this end, they tell their readers about practices and significations in sleight of hand during Greek antiquity. Yet as before in this book, they basically do little more than reiterate what is known about magic in this period that had already been highlighted in the writings of past scholars such as Christopher, Mulholland, Evans, Watson, Victor Farelli, et al.

As for their alternative corrected narrative about magic history, they settle on “wonder” – which had long been identified by among many such as Charles Reynolds and Doug Henning, S. H. Sharp, and others.

Apropos of the above, in a highly regarded vanguard essay in the Journal of Magic History Volume 2 Number 3, Robert Reiss sets forth the multivalent, metapoic resonances operating in the magician’s art, alongside wonder. (No less than Ricky Jay has culled a great line from this study, placed as the epigraph to his text on Matthias Buchinger.)

The previous “Standard” magic histories were in fact more ambitious in scope than in this book. Here, the authors omit whole swaths of centuries of western magic, as well as no acknowledgement whatsoever of indigenous magic practices worldwide, areas attended to more or less rewardingly by the earlier authors like Mulholland and Christopher.

To be sure, the truest scope of conceptualizing magic history is by its very nature elusive and beyond capturing fully. This is because we enter upon the saga of magic in medias res, as magic evolves out of periods of pre-history and after the loss of the library of Alexandria; the fullest relevant documentation unavailable to contemporary scholarship.

Thus there is no “origin story” to pin down. Magic’s core constitutive elements of plot structures and techniques, spin out in pinwheel fashion, willow wisp-like and may not be fully captured or even located with any certainty, for these are as of quicksilver.

The authors herein under consideration are no more successful at isolating magic’s origins than have been those others whom Lamont and Steinmeyer deride as being “amateur”. Teasing out a more or less coherent outline of early magic origins remains murky and messy. The subject matter of magic is famously a continuum of both coterminous and contradictory streams of origin.

Returning to the fabulous legend of Dedi, it would in fact never be really inapposite to, arguendo, commence the history of magic performance by way of focusing on Dedi’s archetypal plot structures – such as decapitation and restoration – for this is indeed a capital way to chart the trajectory from magic myth-making to much later magic performance activity, and this approach is not a false start or erroneous magic history.

While much of this infelicitously styled book is an ungainly effort at in part synthesizing the magic historical research of others, the authors overactive and preening hubris causes their pursuit to implode on the page without pause throughout the 357 leaves of this volume.

With blithe abandon, they posit their vain failed attempts at revisionism which are not much of any meaningful substance, and a reader will lament that here magic history is poorly served.

In all, this is a very silly book. It’s arguments for the most part unfounded, with pages mired in trivialities and much nitpicking over strawman arguments hatched seemingly solely at the whim of it’s authors.

By the way, if you want to read a truly splendid “origin story” for magic read the opening section of William Lindsey Gresham’s Houdini: The Man Who Walked Through Walls, for his evocative summoning of the Siberian Shamanic corpus of animation illusion. Here with a few paragraphs, Gresham sketches in a most plausible genesis, superbly.