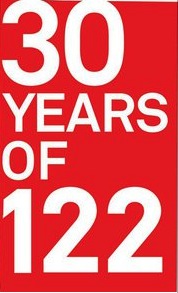 INTO THE WARP MUST GO! 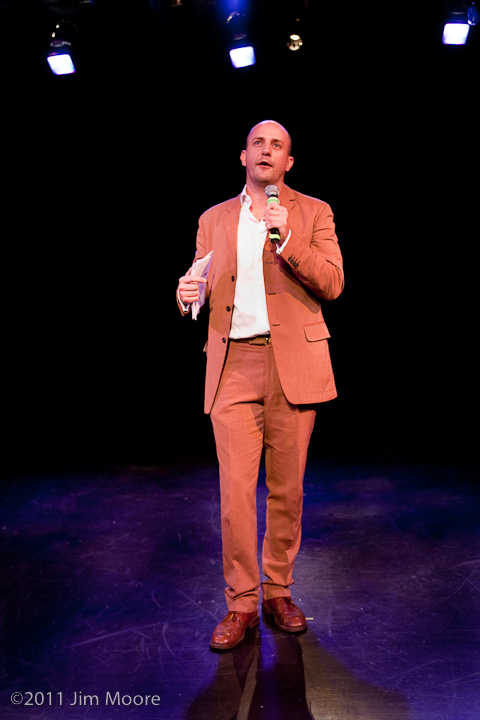 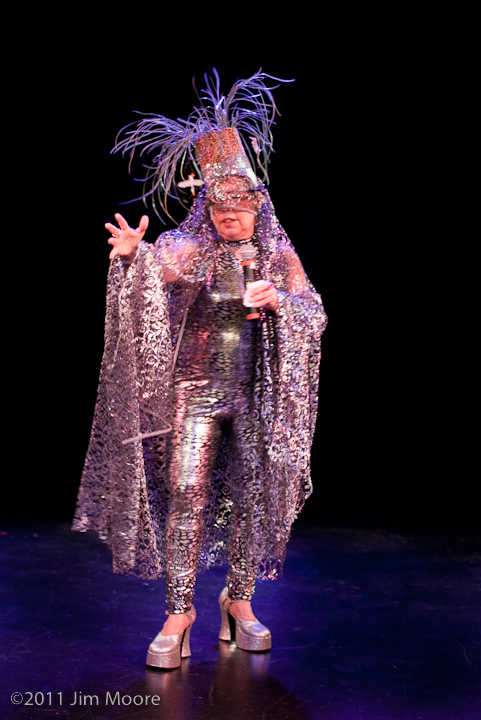 MC – Carmelita Tropicana – struting her stuff at the opening of the evening. 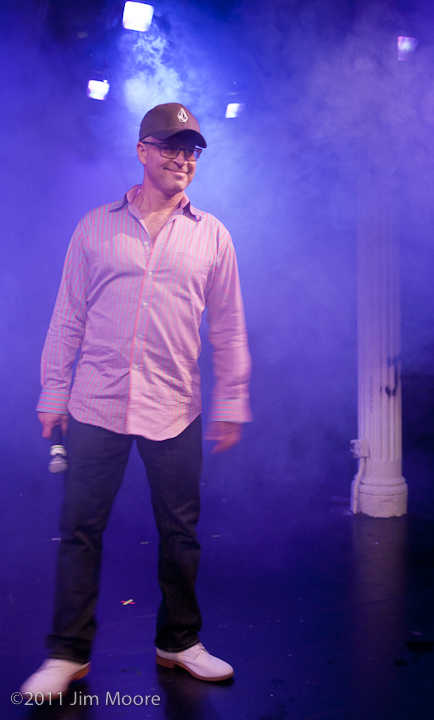 Entering the stage in a haze of smoke David Leslie smiles on the audience. 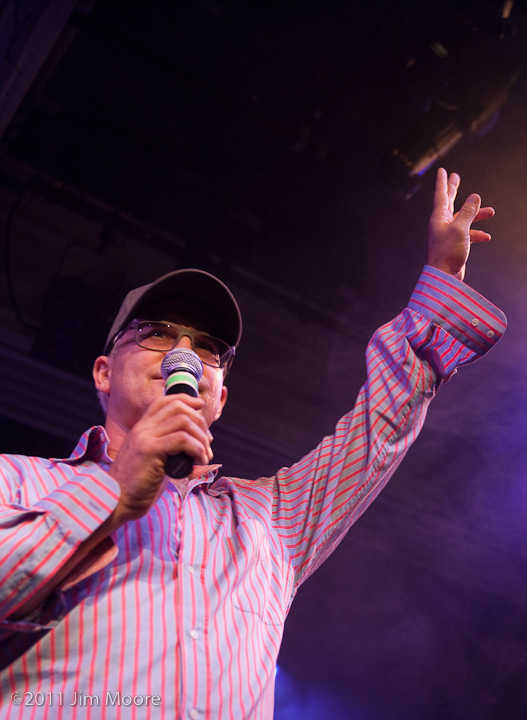 The piece he performed as ‘FINGER BANGING’ and it was intense and hysterical at the same time. 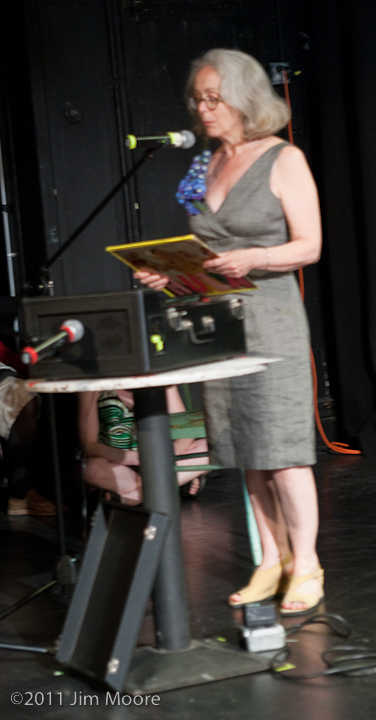 The “Hula” record was put on the old fashioned victrola by Kate Valk. 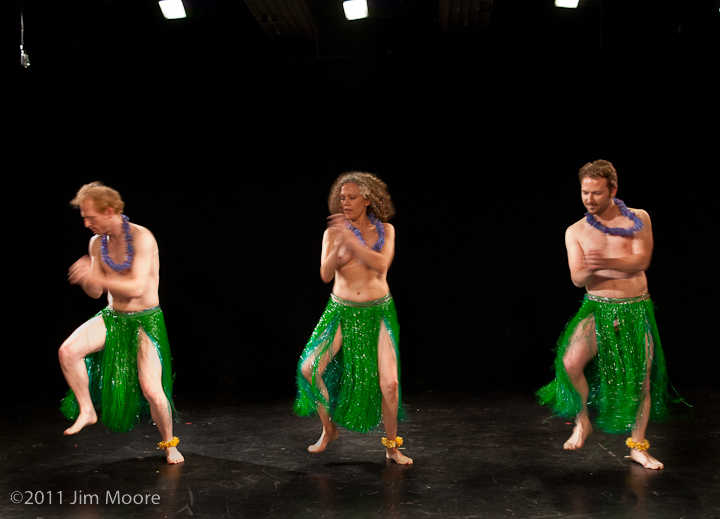 The company (Scott Shepard, Cynthia Hestrom, Ari Fliakos)danced up a storm to the “Hula” music from Hawaii. 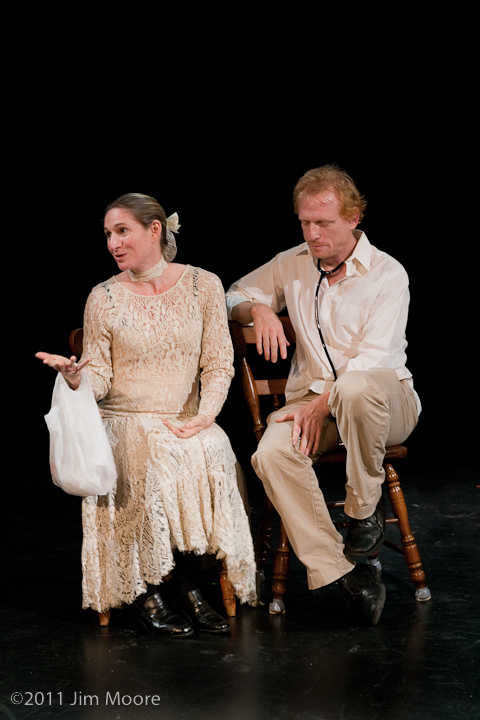 Rinnie Groff and Scott Shepherd in a ‘Cab Leg’. 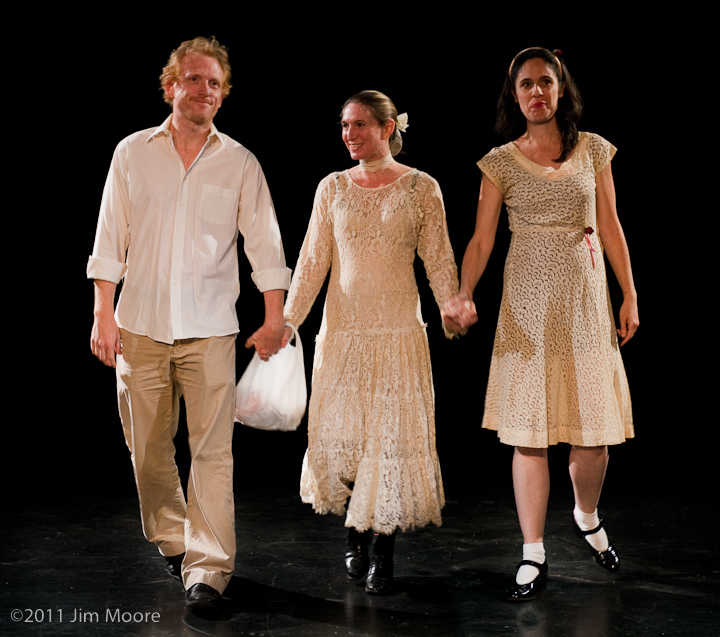 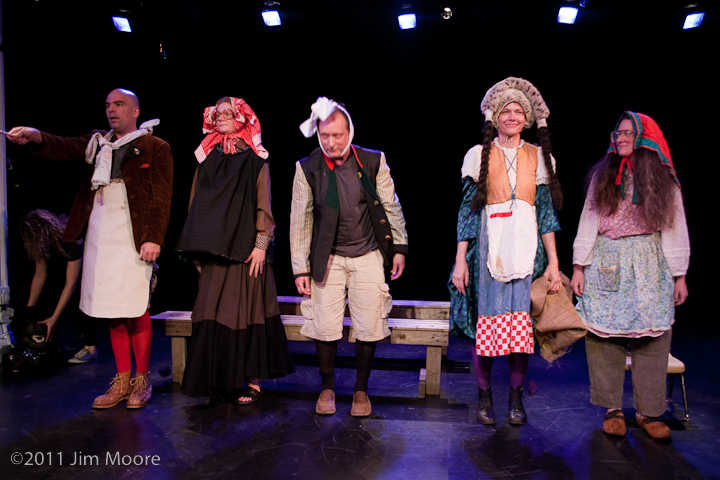 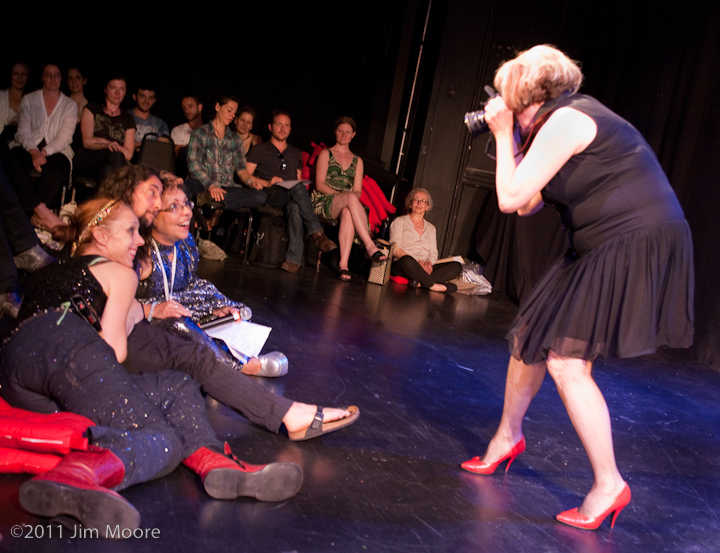 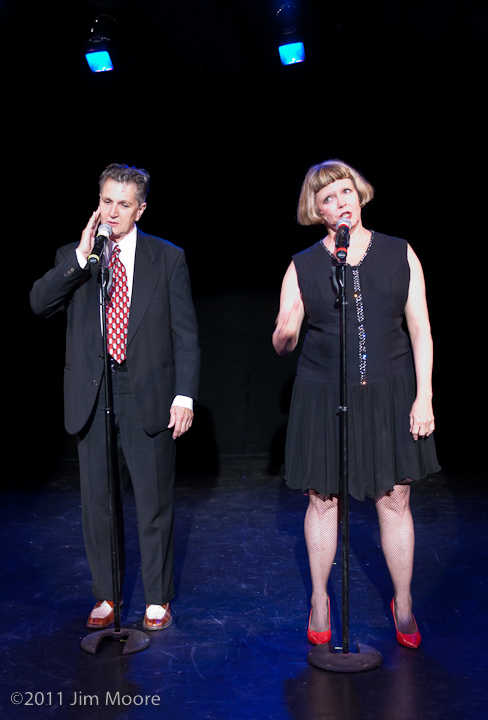 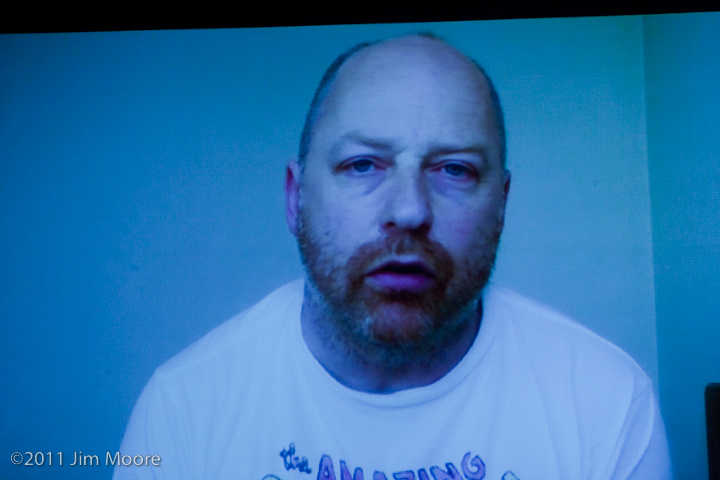 A video manifesto for PS122 by Sheffield’s  FORCED ENTERTAINMENT. 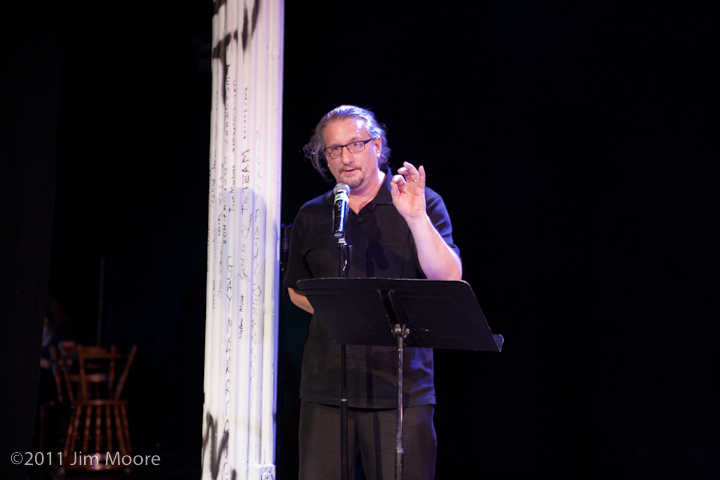 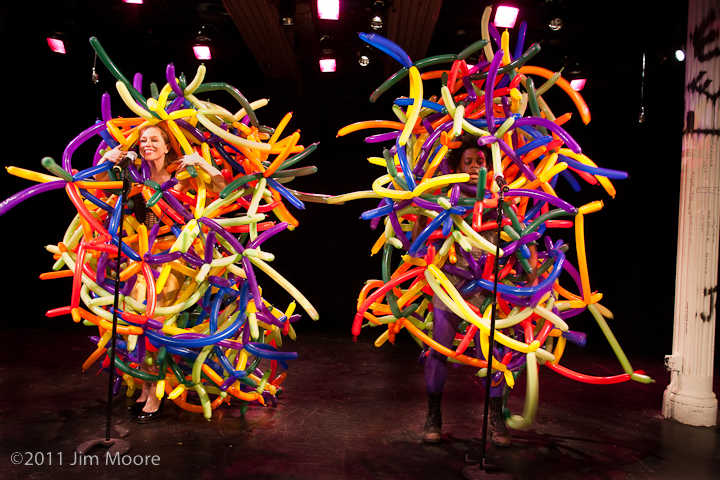 Balloons and more balloons in this verbal rap, romp thru politics and life. 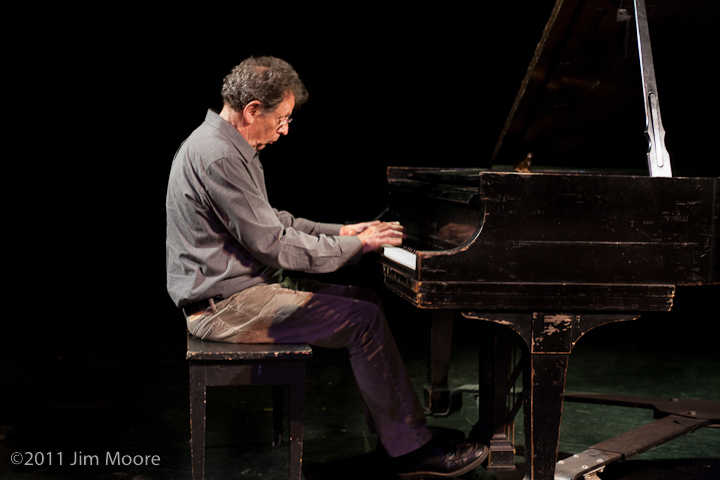 Philip Glass performed two pieces and the last one was titled ‘Closing’. Mesmerizing! 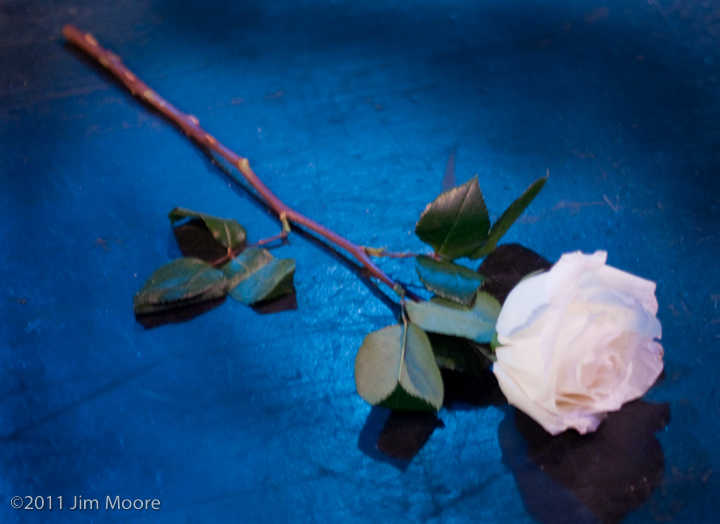 A thoughtful token of appreciation was tossed to the stage by an audience member! 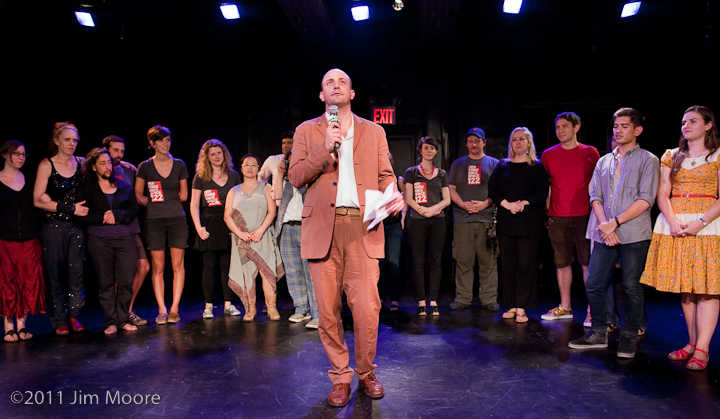 Vallejo leads the PS122 staff and supporters to a new life via performances all over the city and then back home in 3 years! 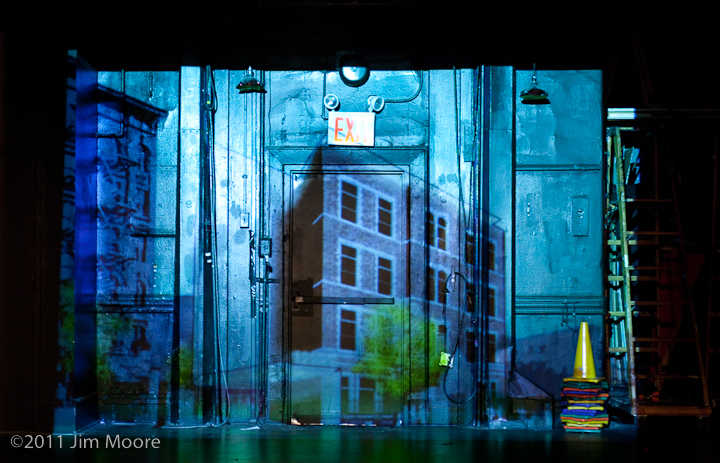 The last image projected onto the back wall of PS122 Performance Space on the last night of the OLD SCHOOL BENEFIT!