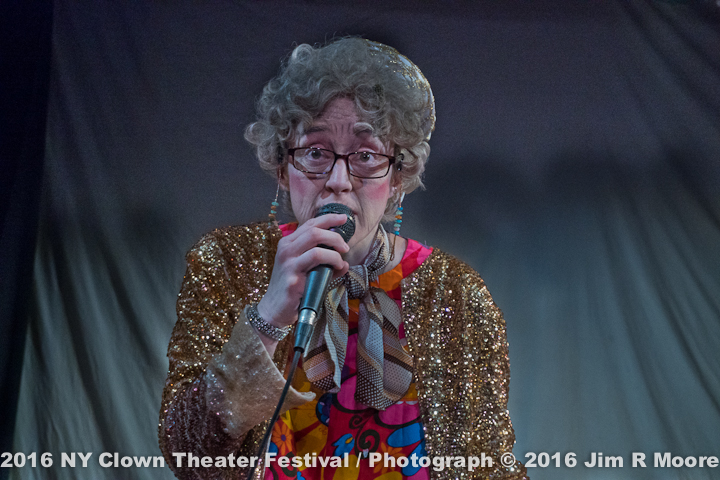 Fantasy Grandma did a terrific job of hosting the evening’s performances. Rap song and psychedelic jello! 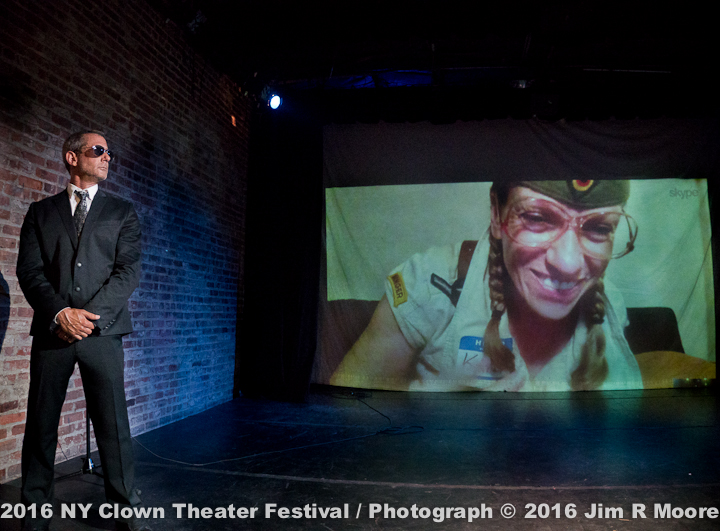 Mission: Implausible (Logic Limited Ltd) was one of the most technological pieces of the evening.

Next up was a lovely film by Corinne Robkin titled “Twisted Business“. 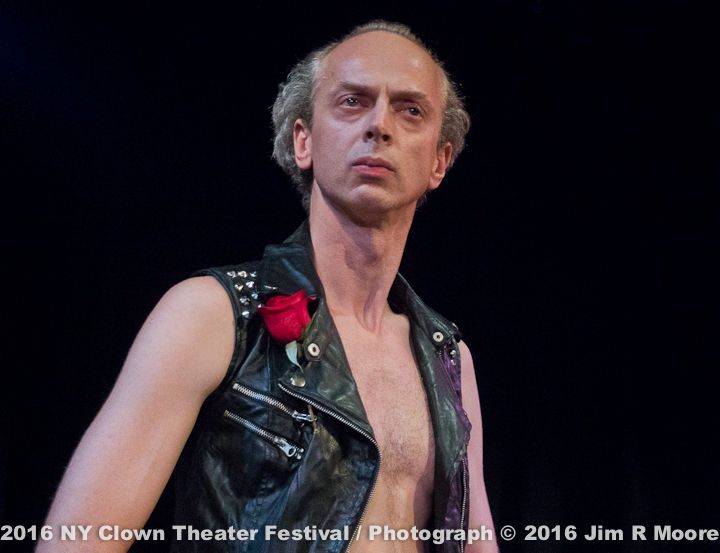 Ambrose Martos solicited audience members to be part of his ‘romantic interest’ for this piece. 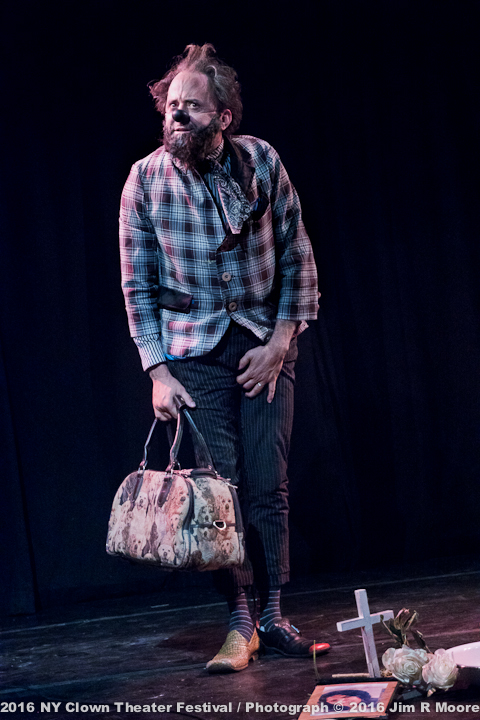 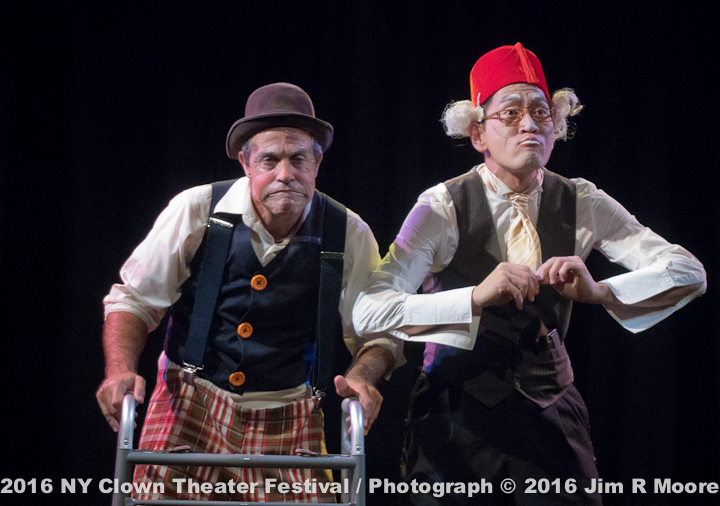 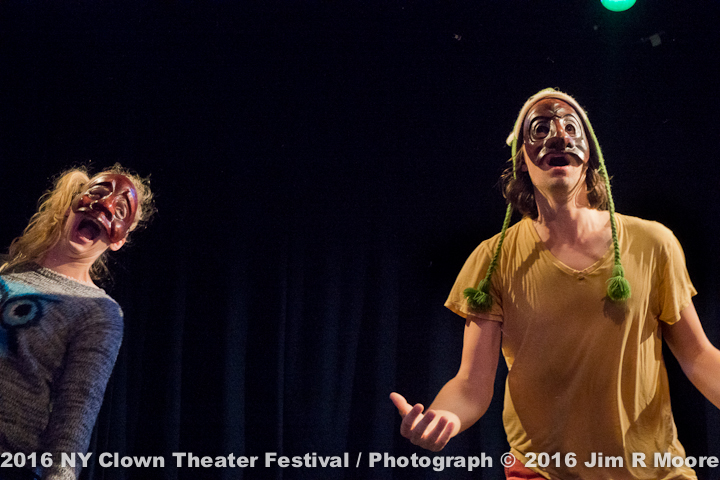 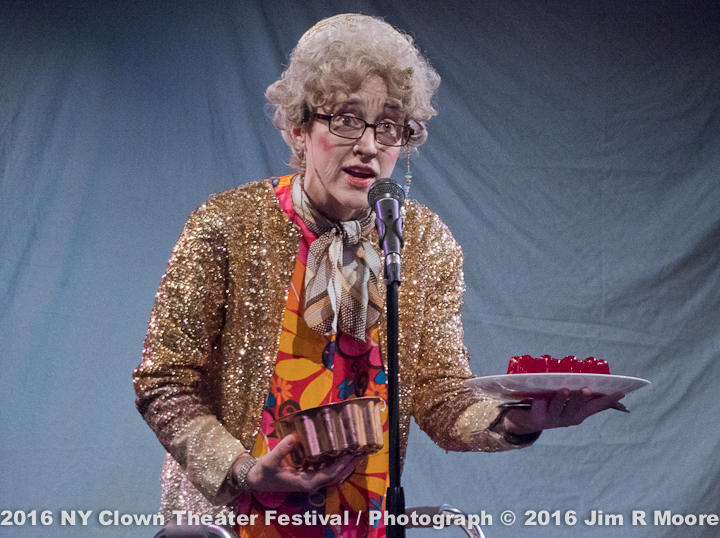 Fantasy Grandma offers the audience some ‘home made’ jello. Later she mentioned it was ‘spiked’. 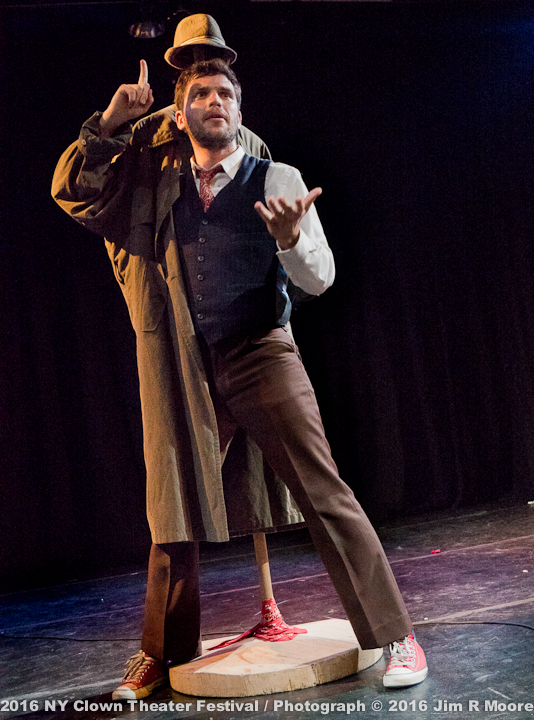 Playpen Theater presented ‘Chalk’, a delightful clown play based on a devasting breakup. 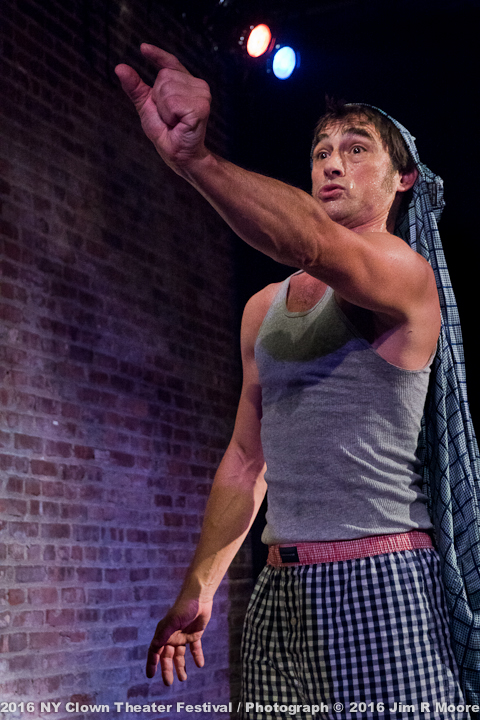 Amo Gulinello performs a segment from his one-man show ‘Fastcar’. 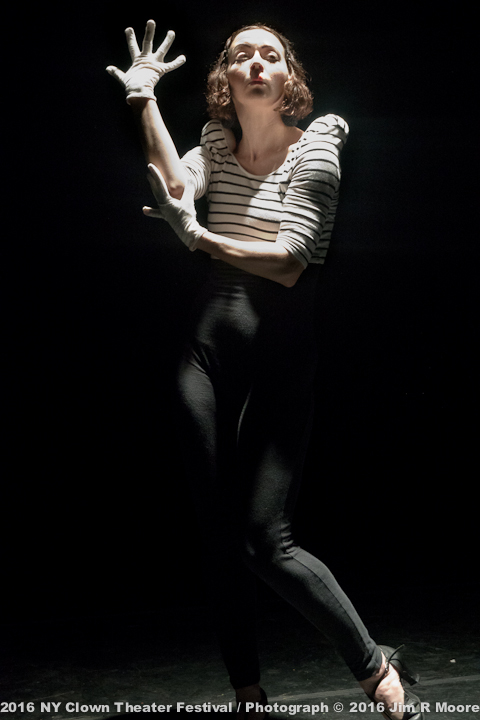 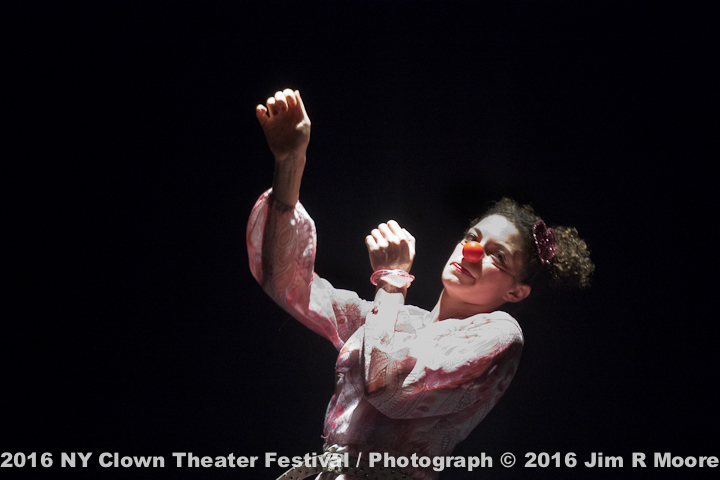 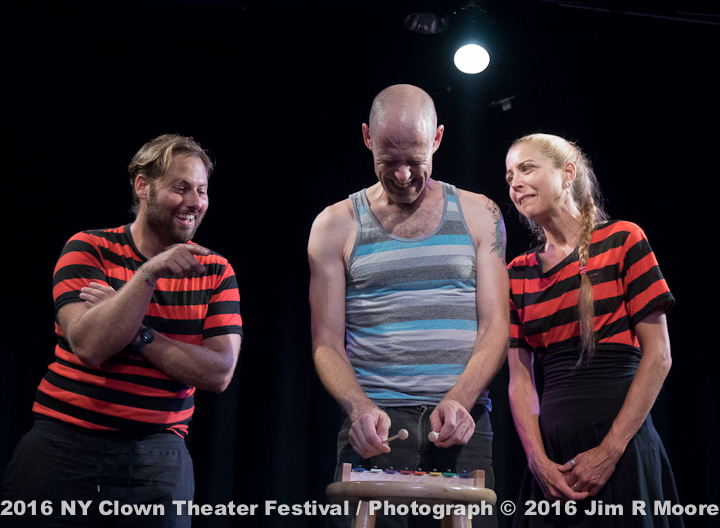 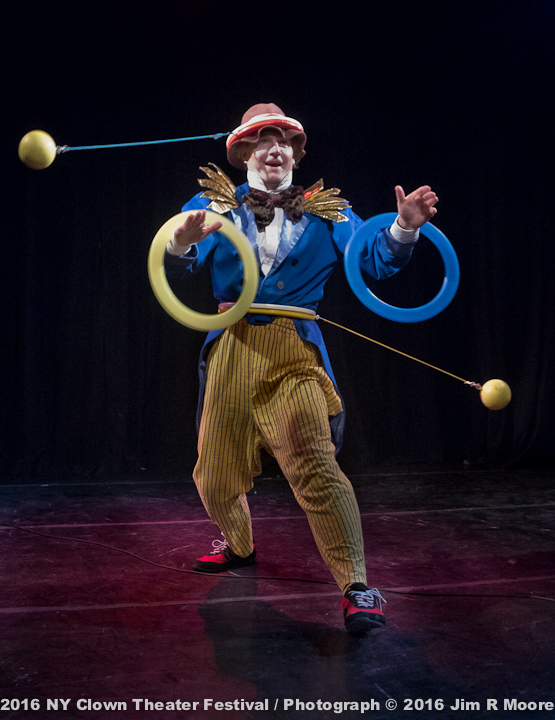 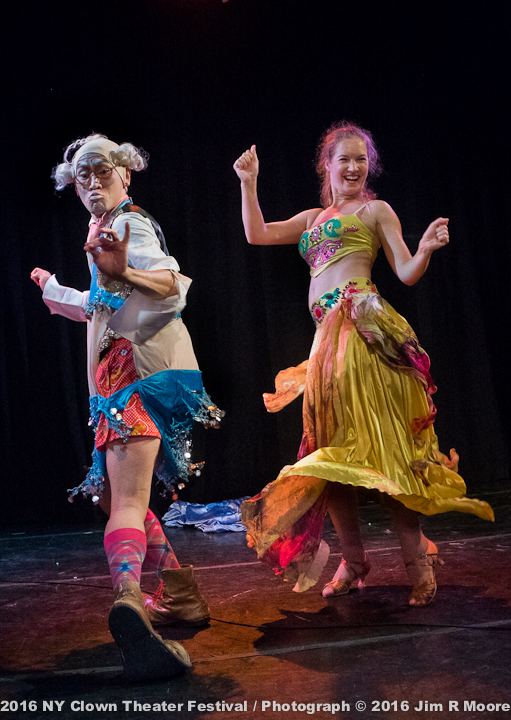 Rob and Miss Jane knows that “It Takes Two” to make a thing go right!

The 2016 NY Clown Theater Festival continues all this week. Check out the shows!

At The Brick Theatre