2nd Installment of the Clown Cabaret had “Deenie Nast” hosting the evenings festivities. 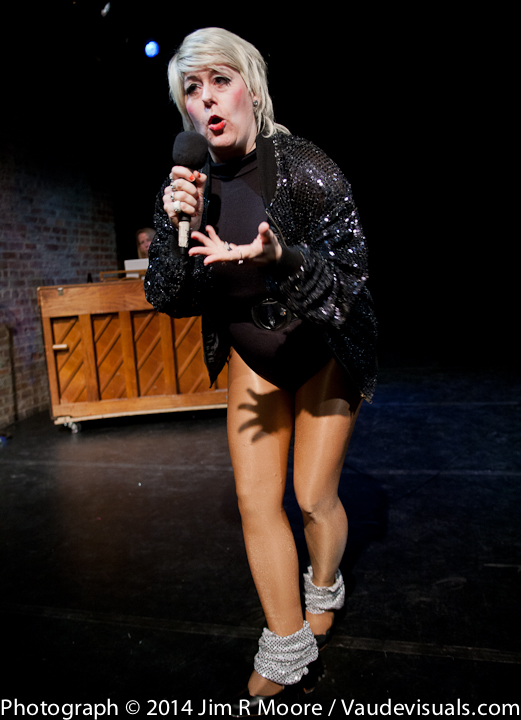 Deenie Nast (Audrey Crabtree) was the hostess with the mostess at the Clown Cabaret. 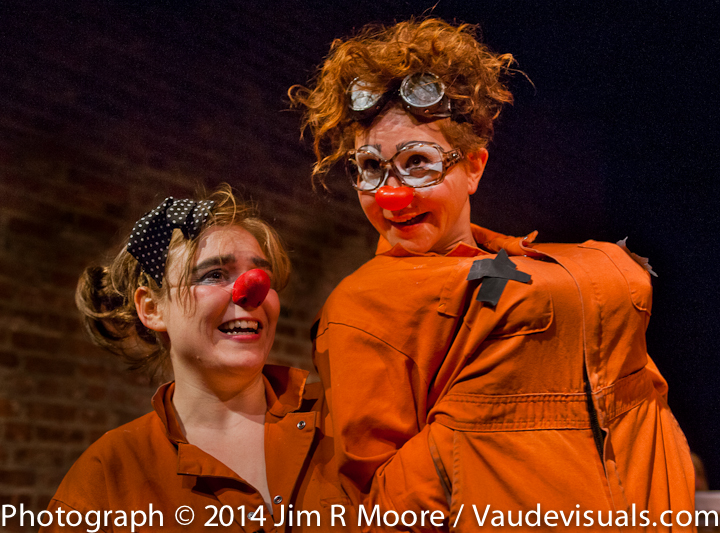 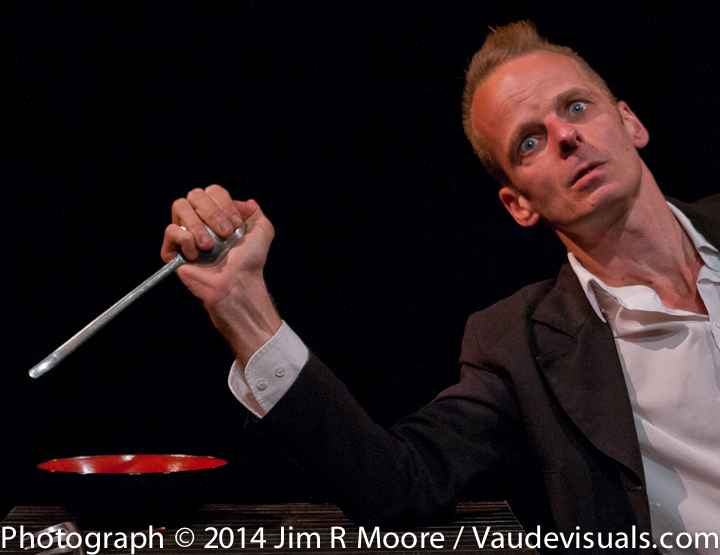 Jeroen Bouwhuis from Amsterdam, Holland performed an excerpt from his show “A Few of My Favorite Things”. 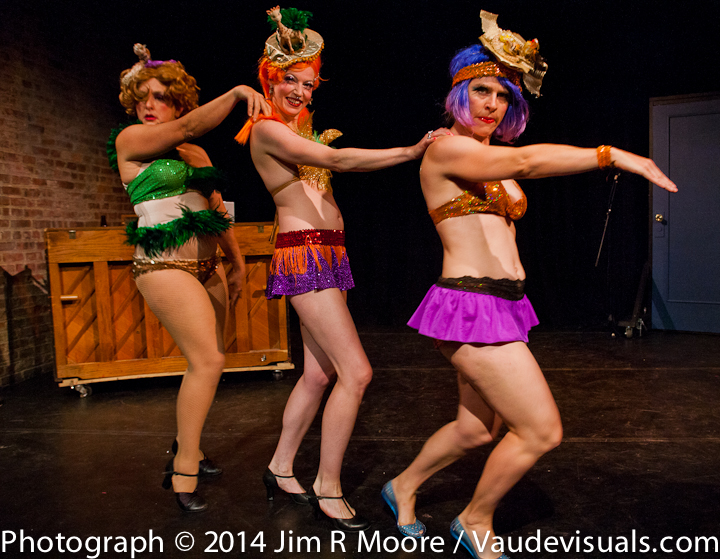 Also on stage were the wild and wonderful, sexy eccentric dancers ‘Animal Crackers’. 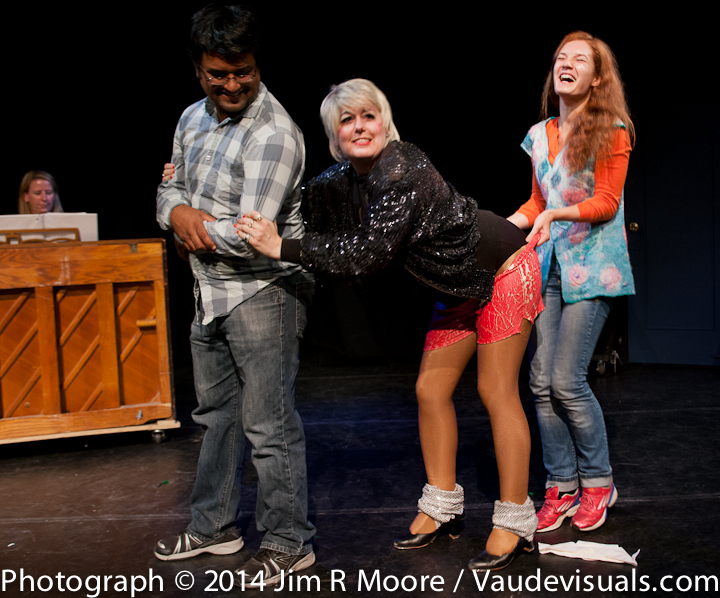 An innocent audience member got recruited to help Deenie get her shorts on. He actually held her up while substitute Nurse Minnie put them on. 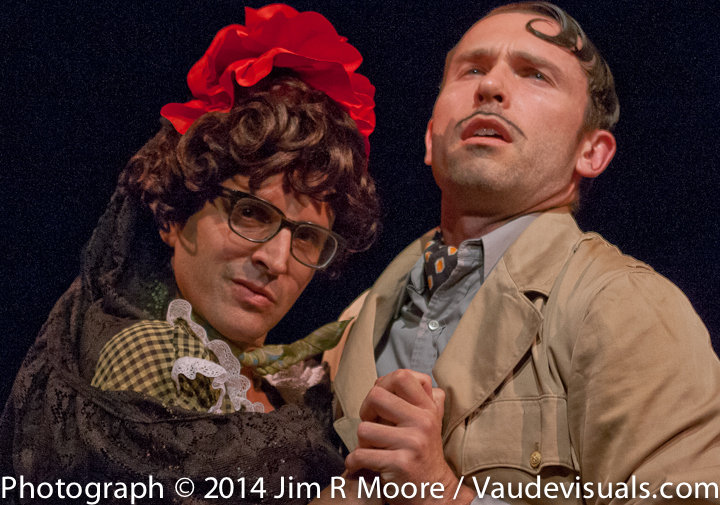 Moving the show along were the two hysterical ‘mock opera’ men “The Donovan Ensemble”. 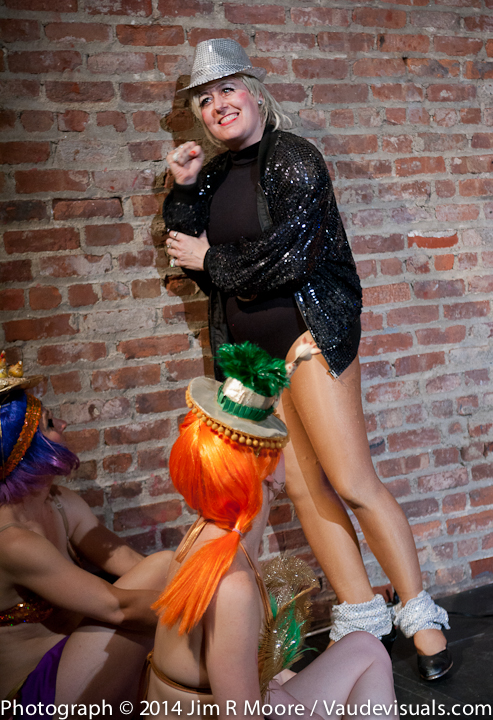 After getting nursed with some ‘pills’ Deenie Nast leans on the wall to introduce the next act. 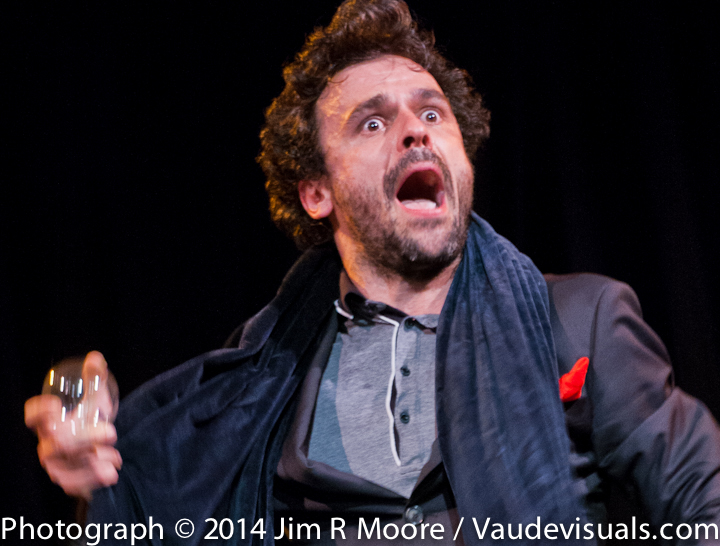 Direct from “Queen of the Night” Revue clown, magician and madcap performer Dmitri Hatton turn up the heat. 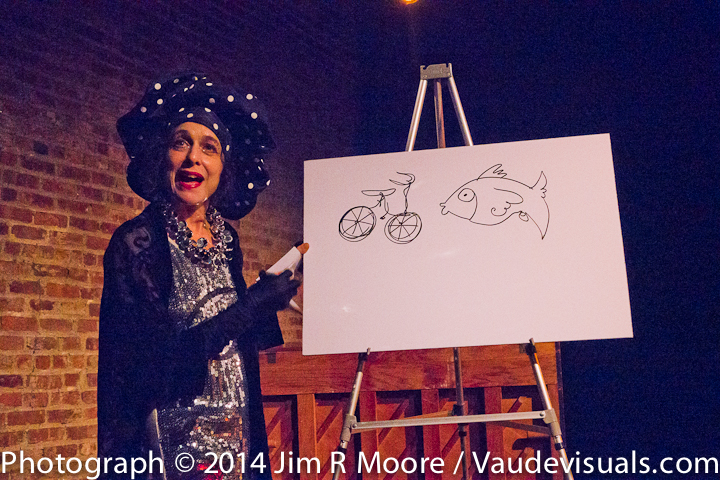 Adding a delightful visual twist to the show was Flash Rosenberg who drew some wonderful icons based on audience comments. 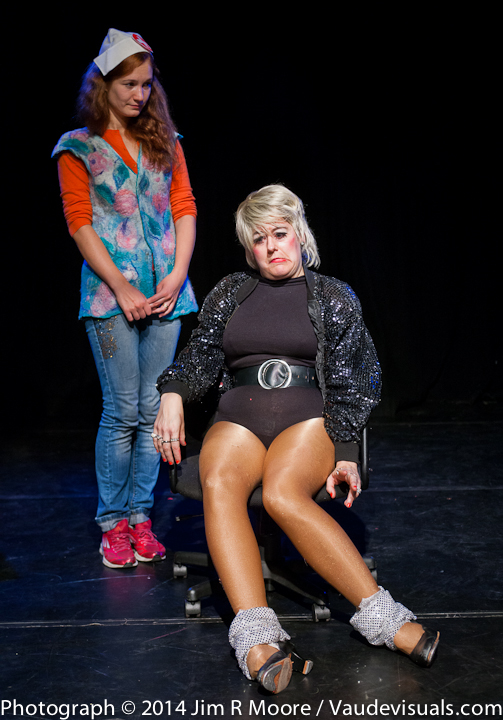 By the end of the show Deenie had consumed too much liquid and pills. Off to bed for our princess MC.

The music was provided by Miriam Daly.

Thursday Sept 25th will be the next Clown Cabaret. Hosted by Summer Shapiro.

For more information on the Clown Festival go here.