The NY Clown Theatre Festival began it’s month long run with a delightful CLOWN PARADE that began at Union Square, NYC and ended at THE BRICK THEATER in Williamsburg.

Of course all the clowns took the L Train and walked with Police Escorts thru the streets of Williamsburg.

Here are a few photographs from that event! 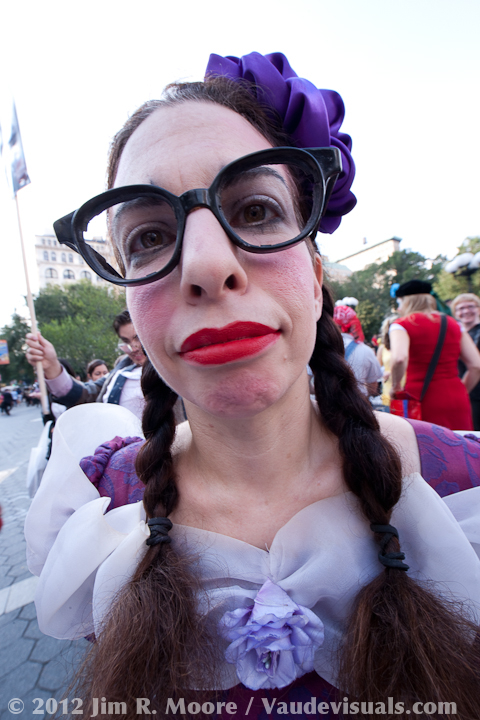 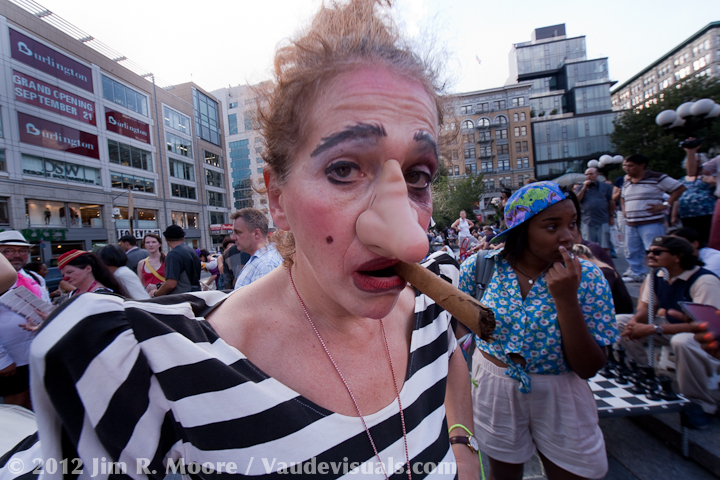 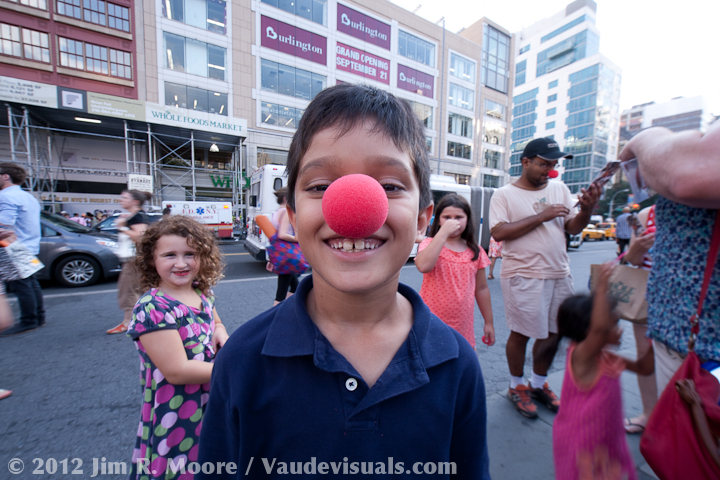 Parade Bystander that got ‘clown nosed’. 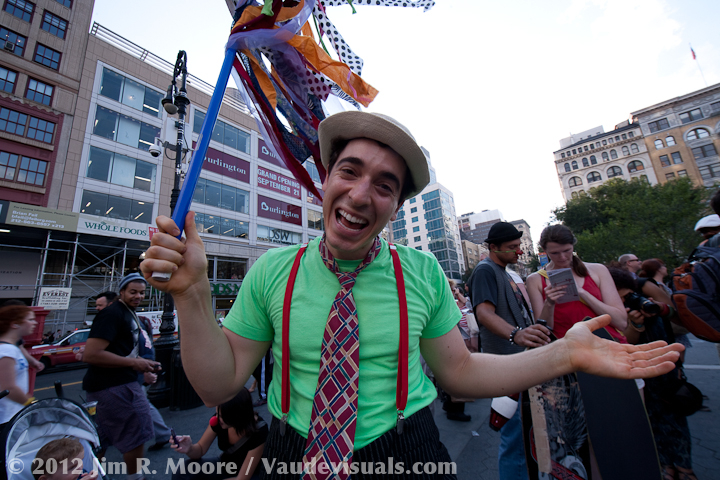 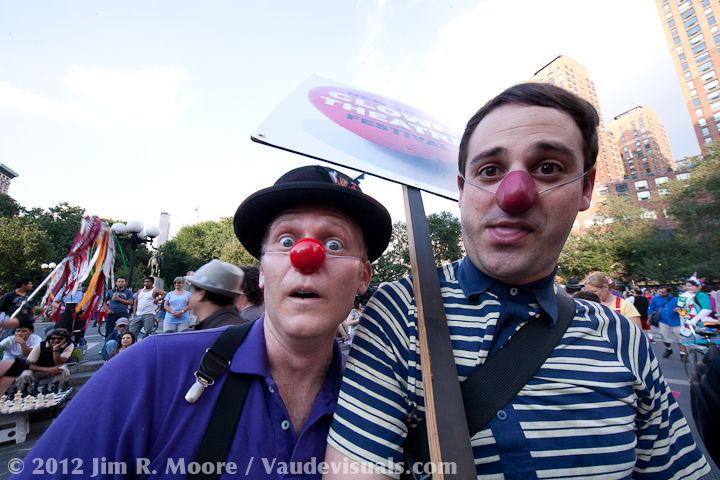 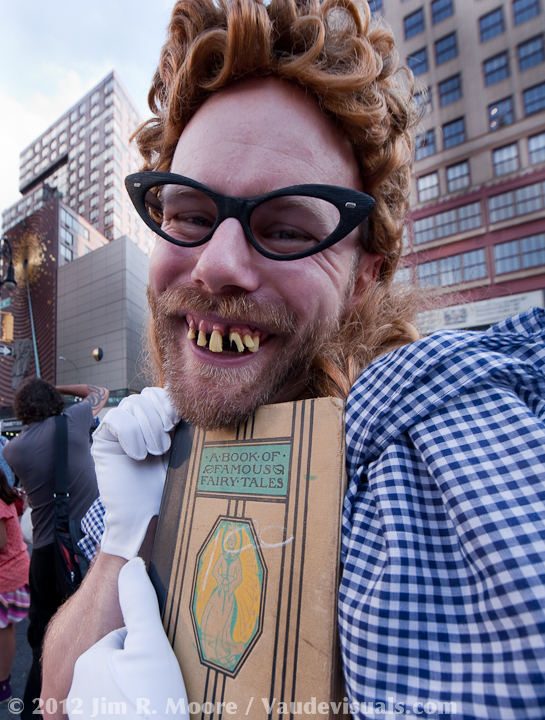 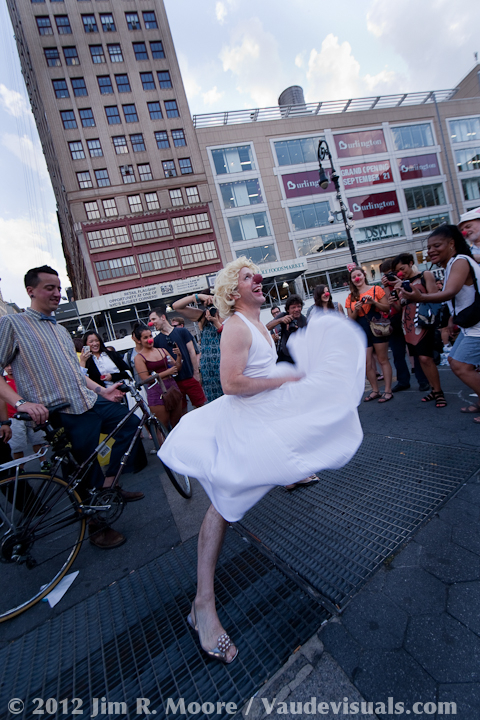 Robert Honeywell performing as Marilyn Monroe on the vent at Union Square. 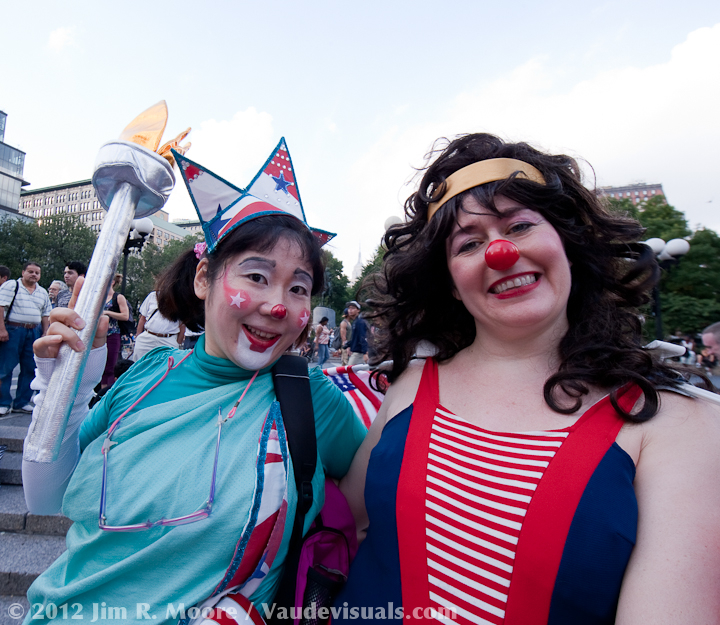 Summer the Clown and Audrey Crabtree. 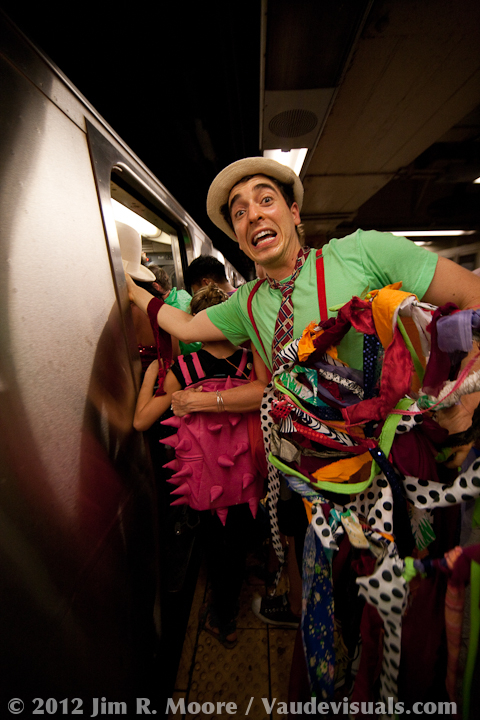 Gustavo trying to get into the L Train going to Williamsburg… 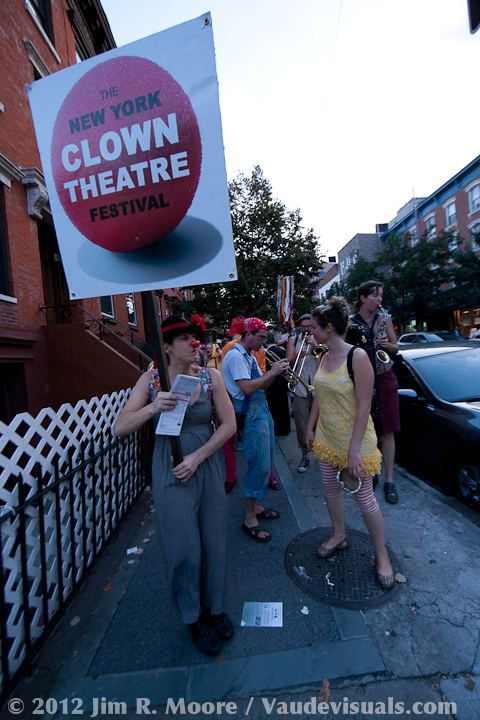 Clowns parading down the avenue in Williamburg.

Stay tuned to Vaudevisuals.com for more photo coverage of the shows and event of 2012 NY Clown Theatre Festival