On Friday September 3rd The NY Clown Theatre Festival got off to a great start with the Clown Parade. Beginning in Union Square and moving to The Brick  Theatre in Williamsburg where the festival is presented. More than 100 clowns and admirers moved through the streets of NY and into the L train station for their fun trip to Brooklyn. I have posted a good selection of photographs from that adventure. 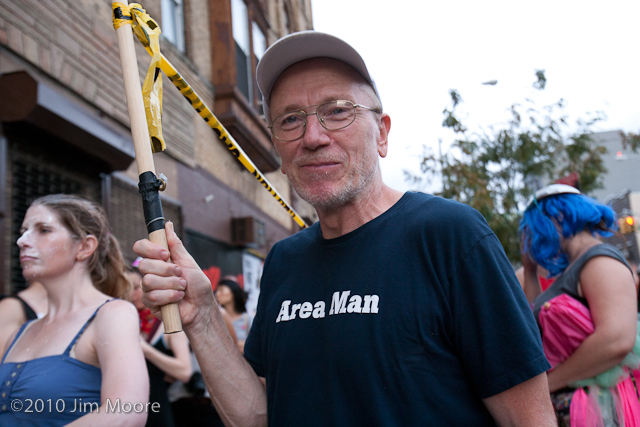 John Towsen was present at the parade. John and his performing partner  Fred Yockers were the producers of the First NY Clown Theatre Festival back in the 1983. He was happy to see the tradition continue under the guidance of Audrey Crabtree cofounder with Eric Davis. 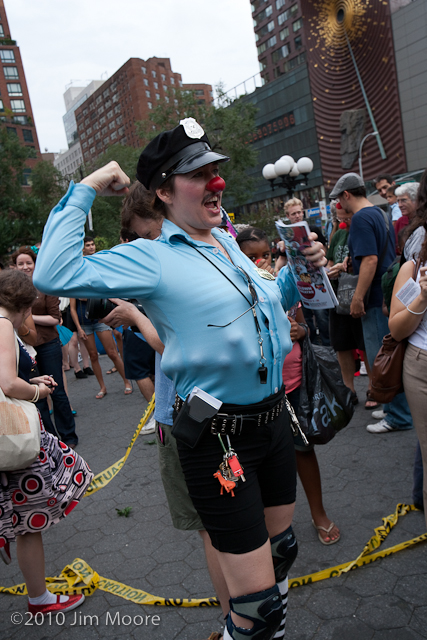 Audrey Crabtree muscling in to the picture. 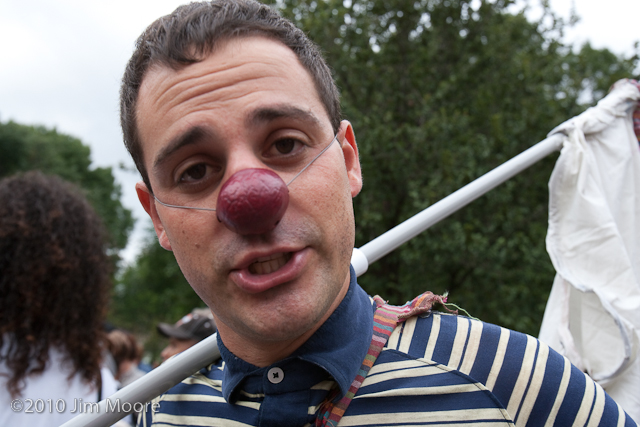 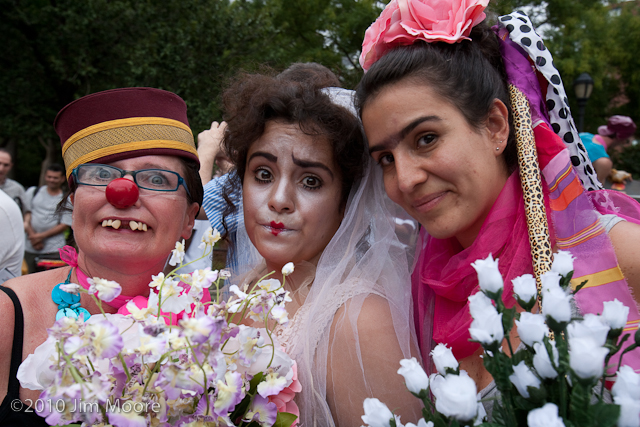 Gabriela and Sabine are perfoming at the festival in ‘Perhaps, Perhaps, Quizas.’ 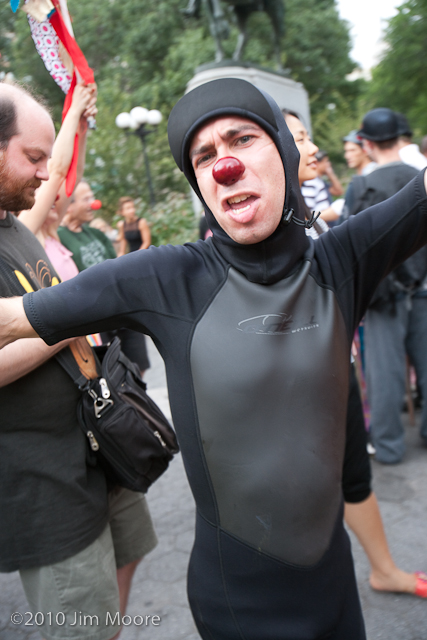 Jonathan Kaplan will be performing in the festival in ‘Le Fleur’. 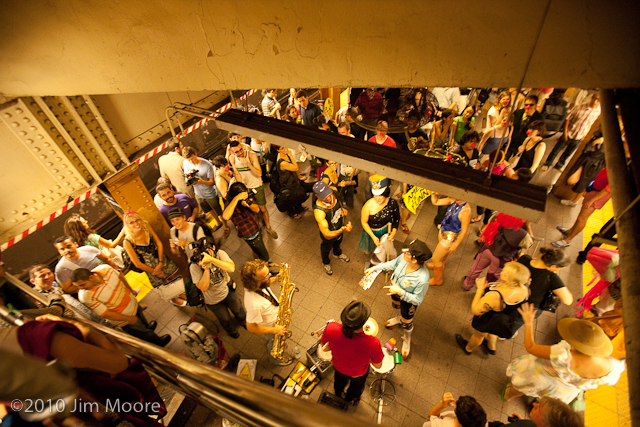 Center in the platform is Audrey Crabtree giving advice to the passengers. 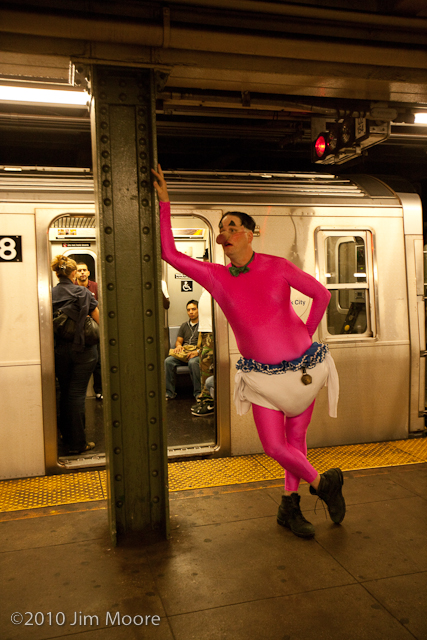 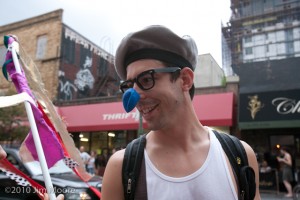 Peter Musante is performing with Summer Shapiro in “Legs and All“. 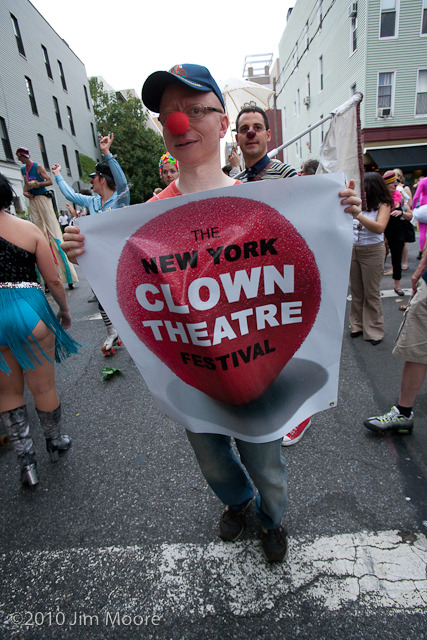 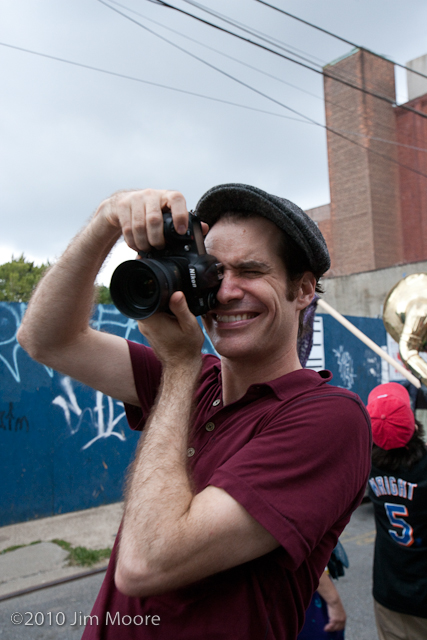 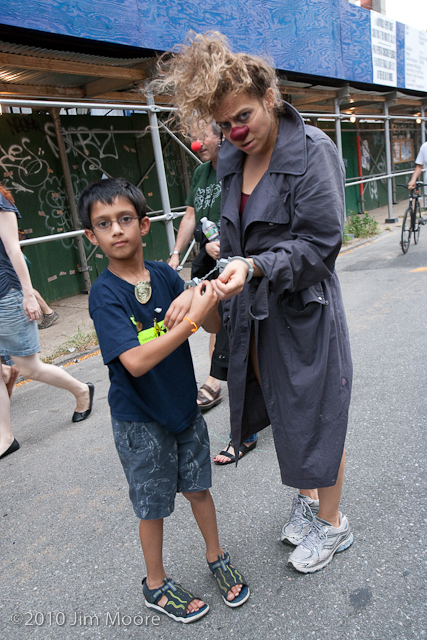 Once the crowd arrived at The Brick Theatre it was only a matter of time until the ‘Pie Throwing Contest’ got started.

First the referee had to lay down the rules and then all hell broke lose! 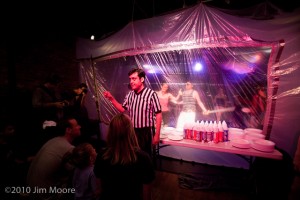 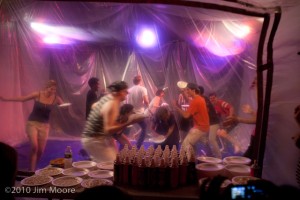 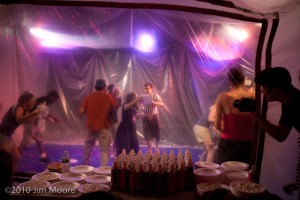 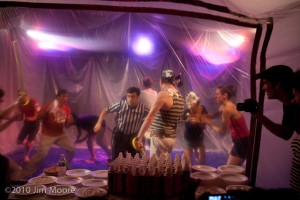 go here and buy some tickets to the shows! 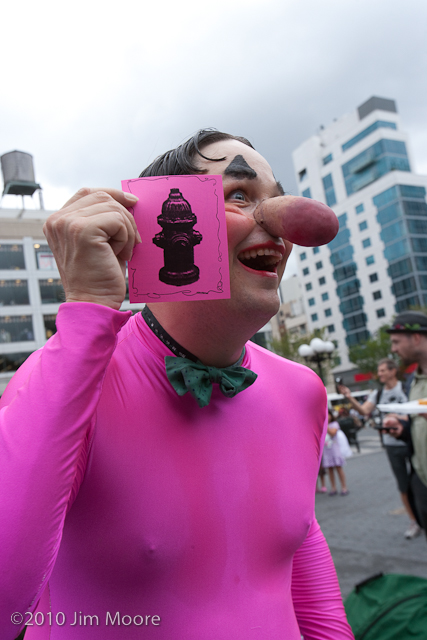 I will be posting more photographs from each performance I shot in the upcoming weeks.

Stay tuned or subscribe in the upper right hand corner!